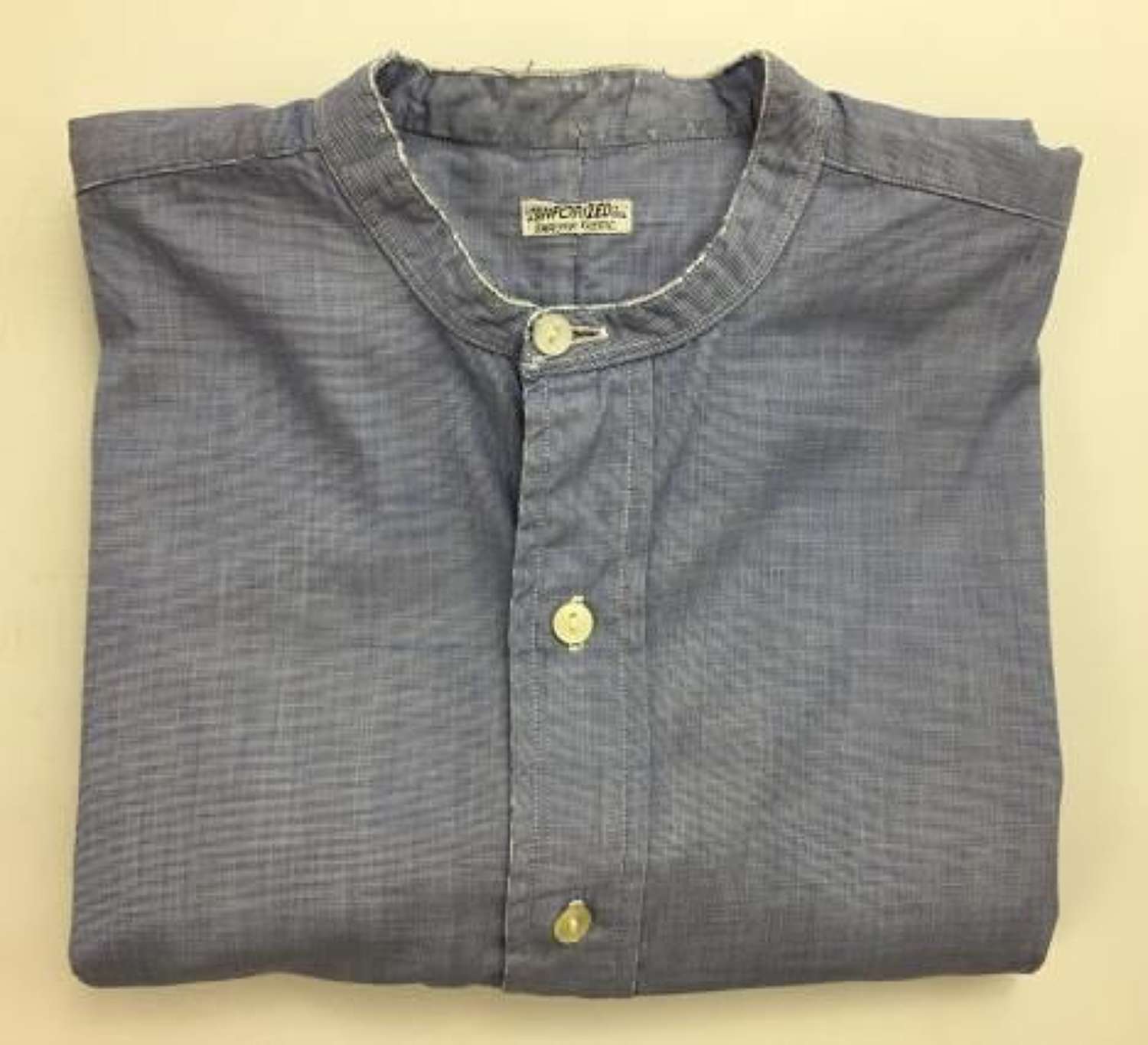 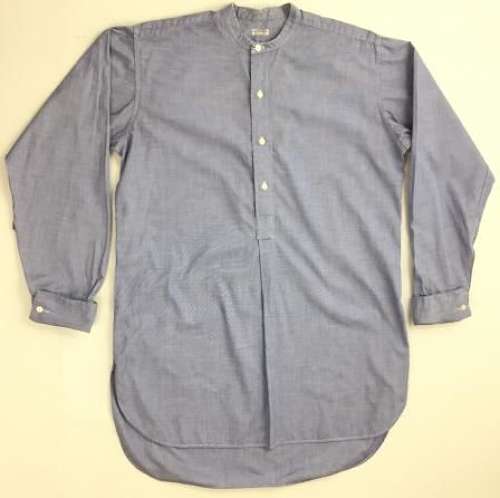 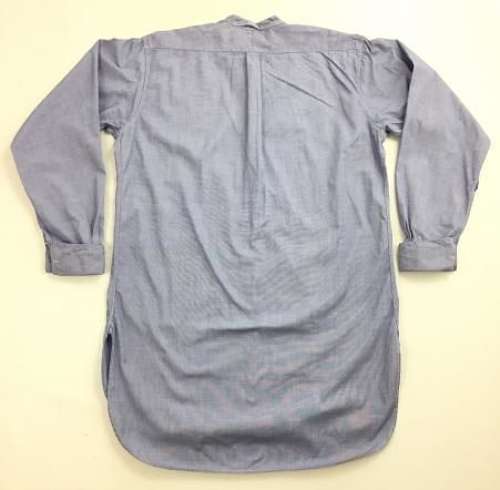 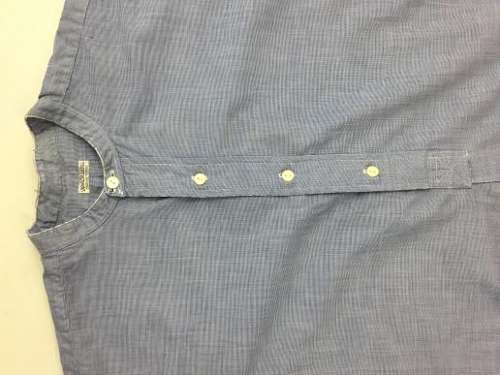 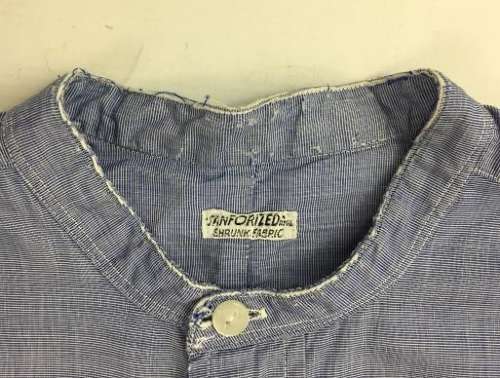 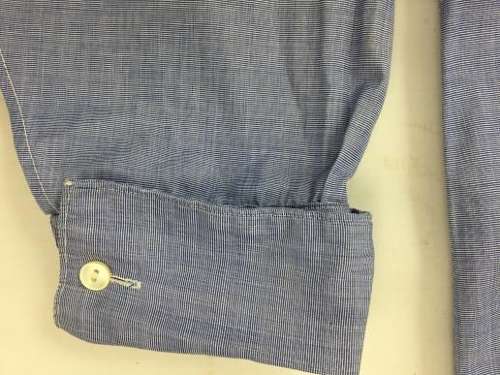 This shirt is the correct half-fronted type with no chest pockets or epaulettes as worn throughout the Second World War. The shirt features a double cuff which is worn with cuff links and a detachable collar as is standard on wartime RAF officers shirts.

The shirt features a period label inside the neck which reads ‘Sanforized Regd Shrunk Fabric’ and a button has been stitched on to the neck. The shirt could be worn like this or the button could be easily removed and a collar stud worn in its place. The cuffs have also had buttons added which again could be removed or worn instead with cuff links.

As with many private purchase officers items this shirt is impossible to date exactly. It is however a half front shirt which were seen less and less after the war in favour of full button examples. As well as this the label is a good period looking example.

The shirt is in good condition but does have some signs of wear, particularly around the collar. The shirt is still wearable however and displays well.

Overall a nice orignal shirt which would be ideal for a reenactor who wants to wear the correct original items or a collector to add to an RAF officer collection.