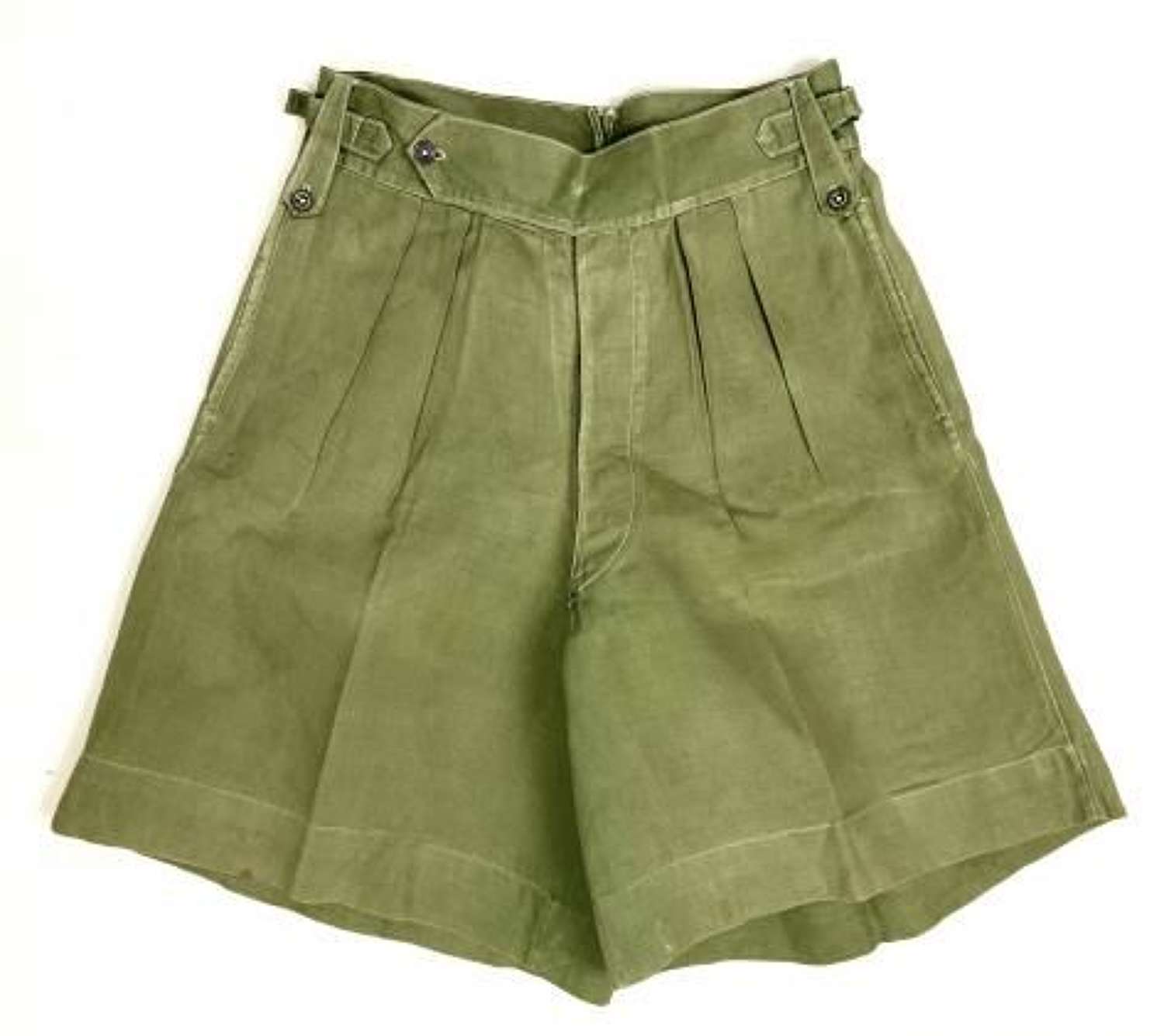 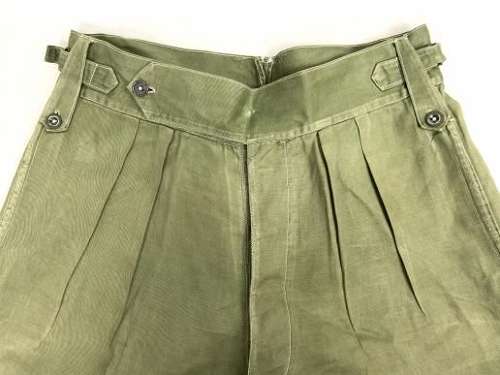 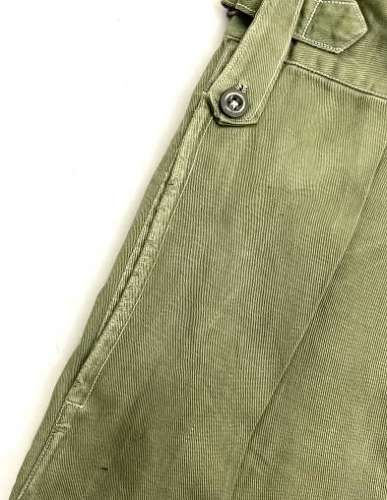 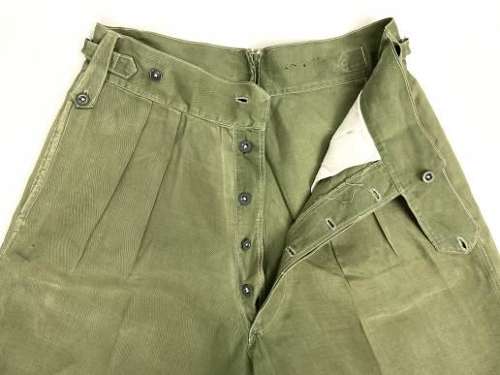 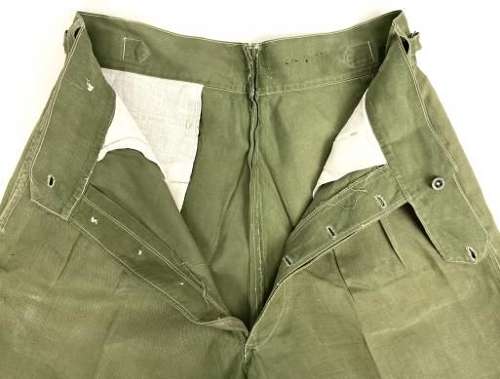 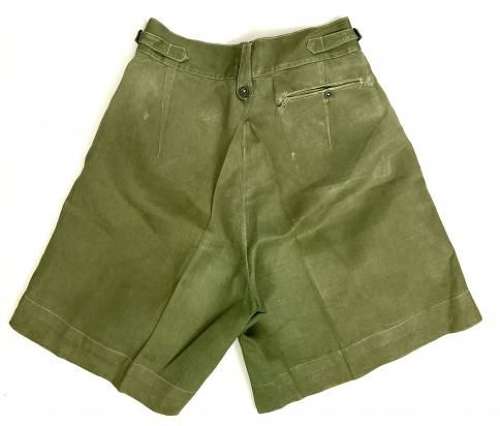 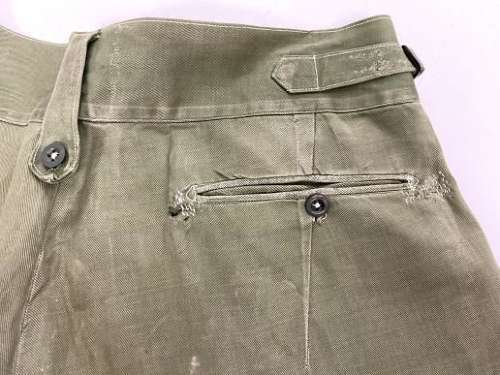 SOLD
A scarce pair of original British Army or RAF Jungle Green Shorts made in India in the 1940s.

These shorts are a private purchase example as were worn by many officers and some other ranks during the Second World War and beyond. The construction is typical of those made in India featuring hand stitched button holes and lightweight pocket bags.

The shorts feature a voluminous cut to the leg as was popular during the 1950s. Other features typical of the period include a button fly, belt loops and waist adjusters - one to each hip.

The shorts are cut with a high rise to the waist and are long, meaning they would suit a taller person. When laid flat they measure -

The shorts are in good used condition. They have clearly seen some use and have been laundered on numerous occasions, having a slightly starchy feeling to them now. There is wear to the edges of the pockets and some period darning, all of which is detailed in the pictures. Please take the time to study these as they form part of the description.

All in all a nice example of Jungle Green shorts in a good wearable size.