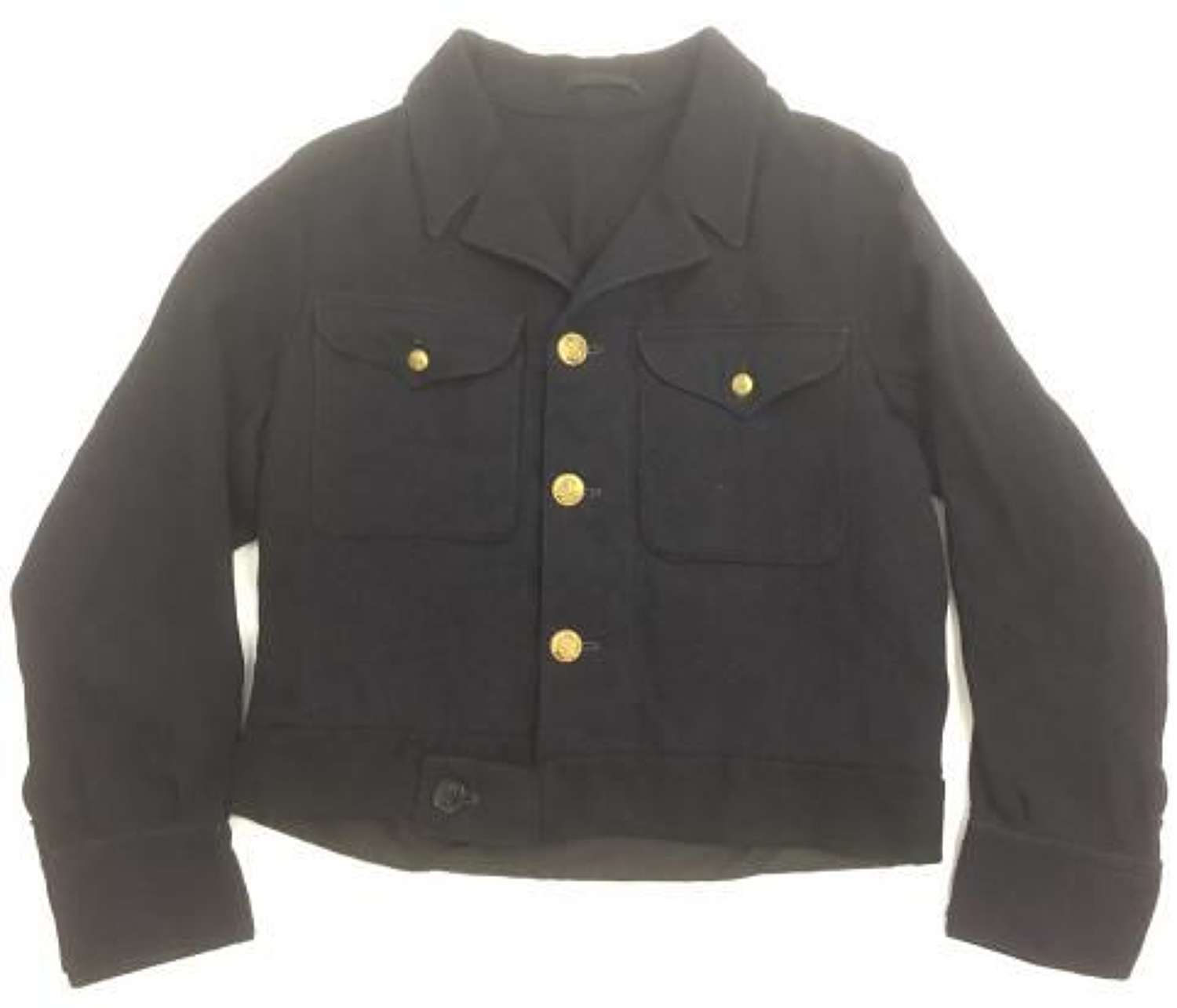 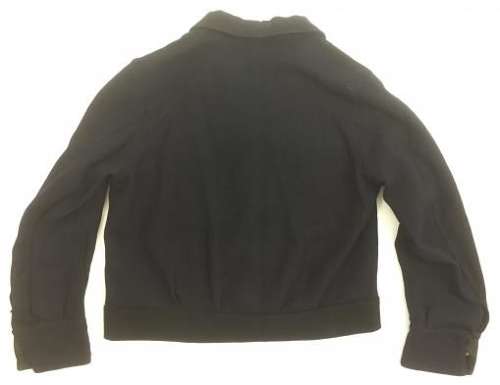 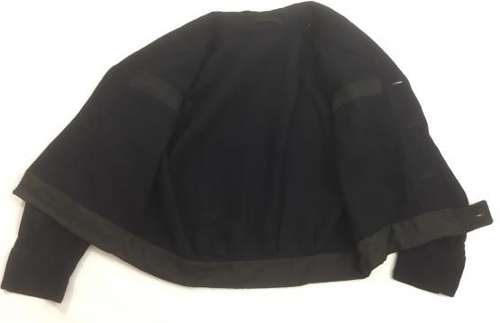 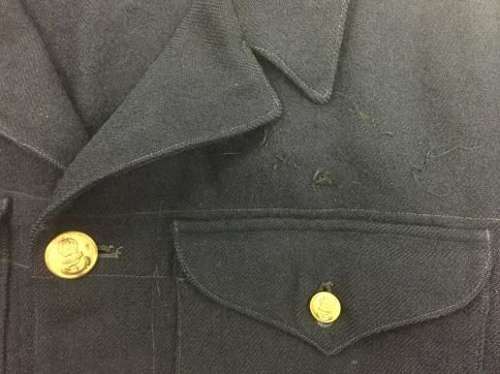 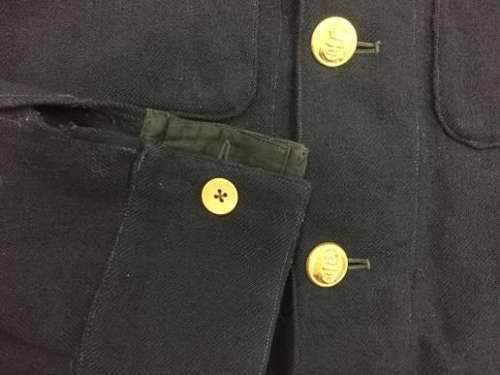 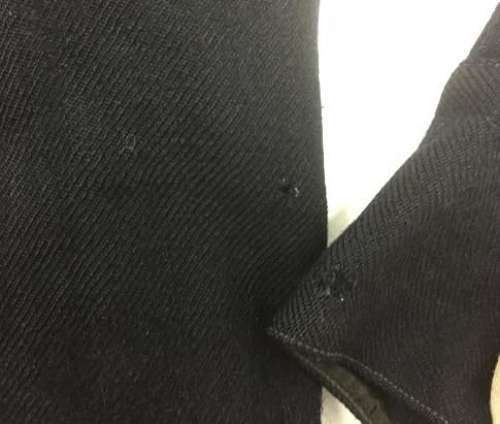 This pattern of blouse came into use with the Royal Navy during the Second World War to replace the more formal No.5 Dress. This particular example appears to have belonged to a Fleet Air Arm crew member as there is clear evidence of where a FAA pattern pilots wing has been removed from above the left breast pocket.

The jacket features brass Kings Crown Royal Navy buttons and horn buttons to the cuff. The waist band has been altered at some point using a dark piece of material. The tab which buttons at the waist is the same material as the rest of the jacket and the lining used in the replacement waistband is also period.

The blouse is in good condition but has clearly seen a lot of action. There are some holes to the jacket, two of which are pictured.

Altogether, this is a nice original FAA blouse which would display very well and compliment any RAF or Royal Navy collection.