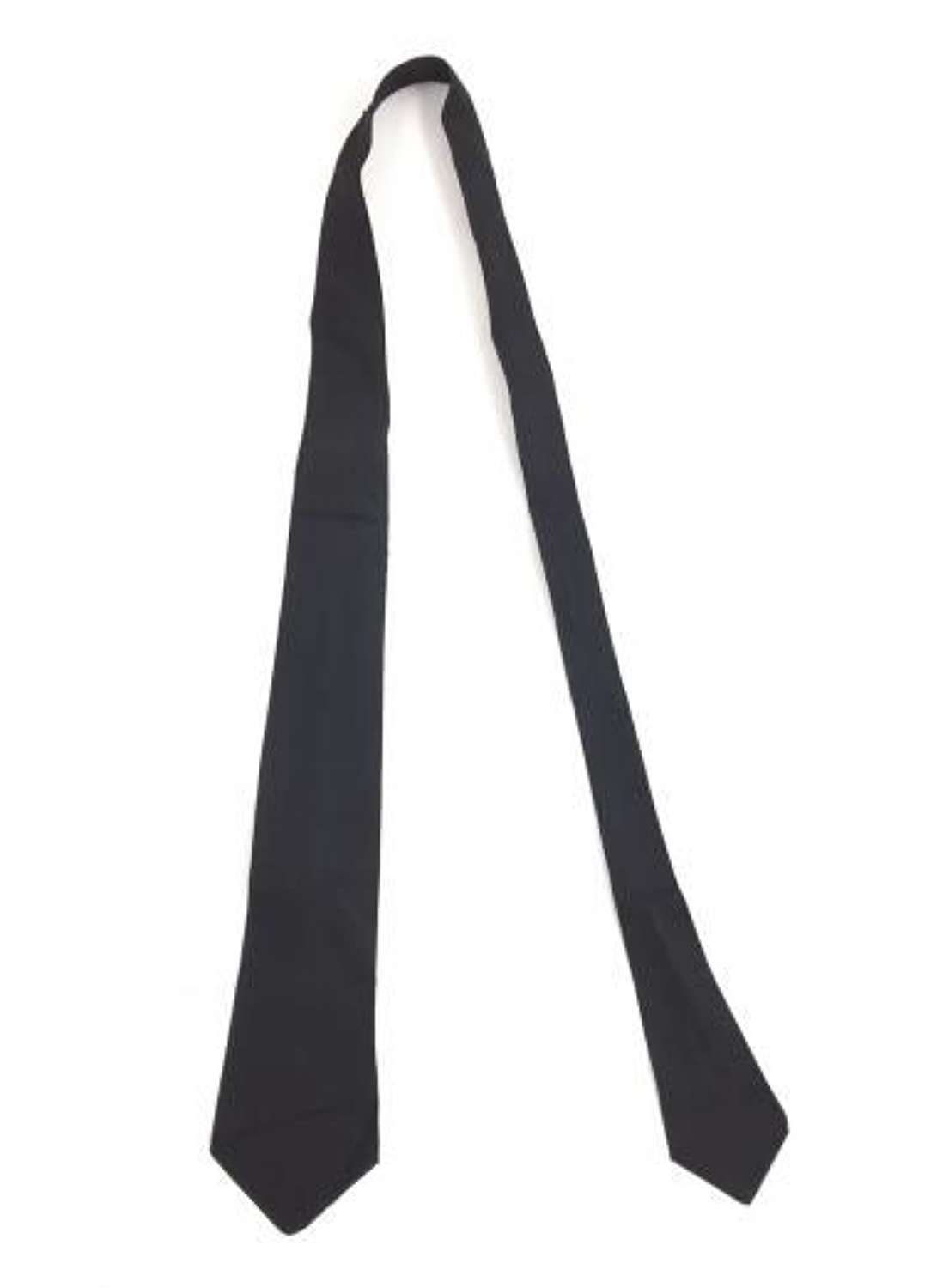 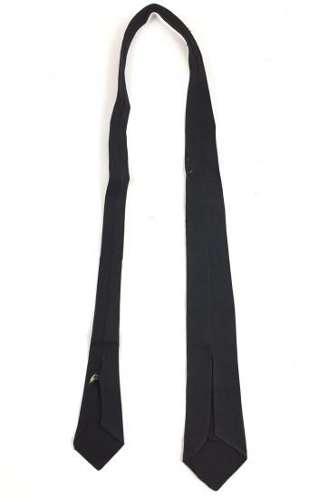 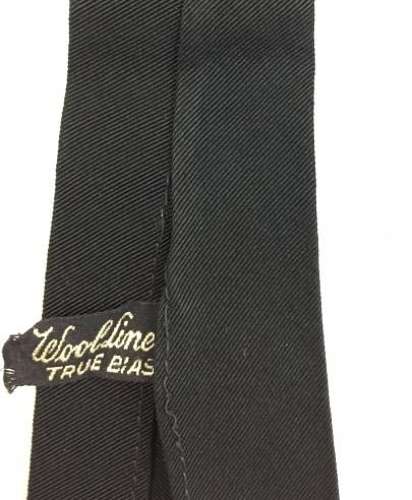 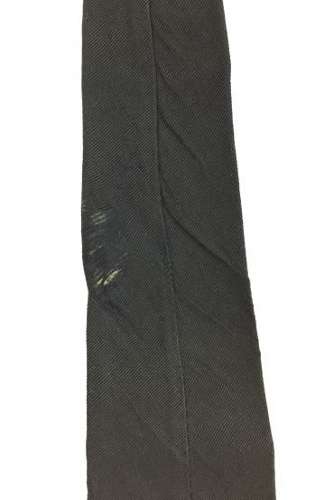 SOLD
An original 1930-40s black British made tie as worn By RAF Officers during the Second World War.

The tie features a nice period label which reads ‘Woolline, true bias’ and is typical of the era.

The tie is in nice condition and displays wel although there is some wear around the neck which I have photographed. None-the-less the tie still displays well.