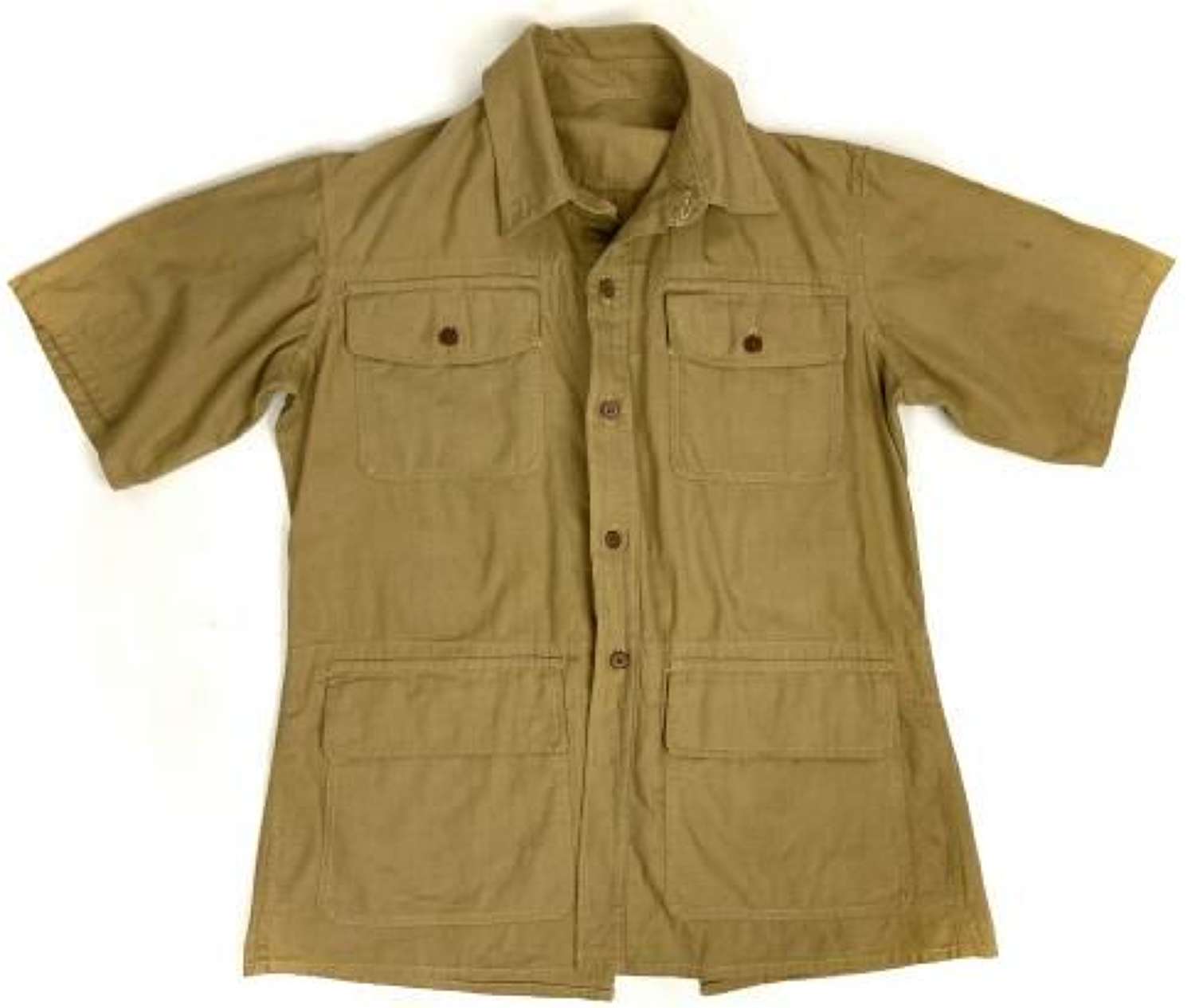 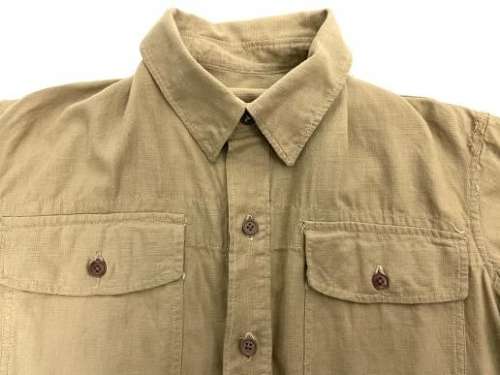 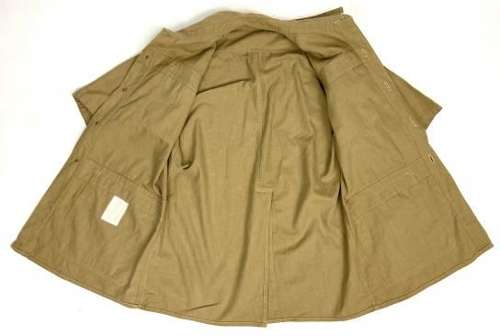 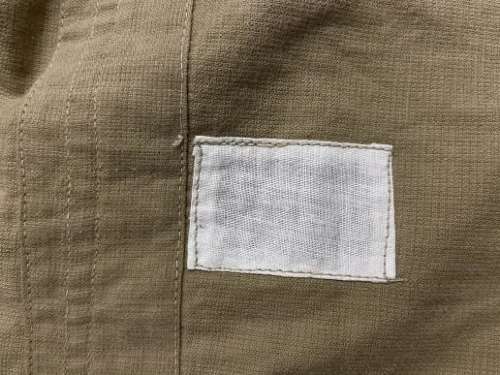 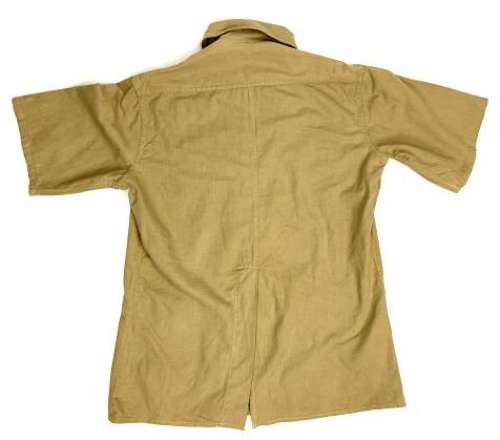 This pattern of jacket came into use around 1942 with British Forces and saw continued use through to the end of WW2. It is made from cellular cotton, often referred to as 'Airtex', which is a lightweight, breathable fabric which is ideally suited to the tropics. They saw widespread issue in the Middle East, Far East and Italian Campaigns.

The jacket features a fully buttoning front, buttoning chest pockets and lower flapped pockets. It appears to have had epaulettes previously which have been removed. Inside the tunic retains its original issue label which is sadly to washed out to be legible.

When laid flat the shirts measures -

The shirt is in good condition with only limited signs of previous wear and use. It has clearly been laundered numerous times but structurley appears to be sound and wearable. Please remember that this is a pre-owned vintage item and may have small issues consummate with its age.

All in all a nice WW2 period item which would make a great addition to any collection!