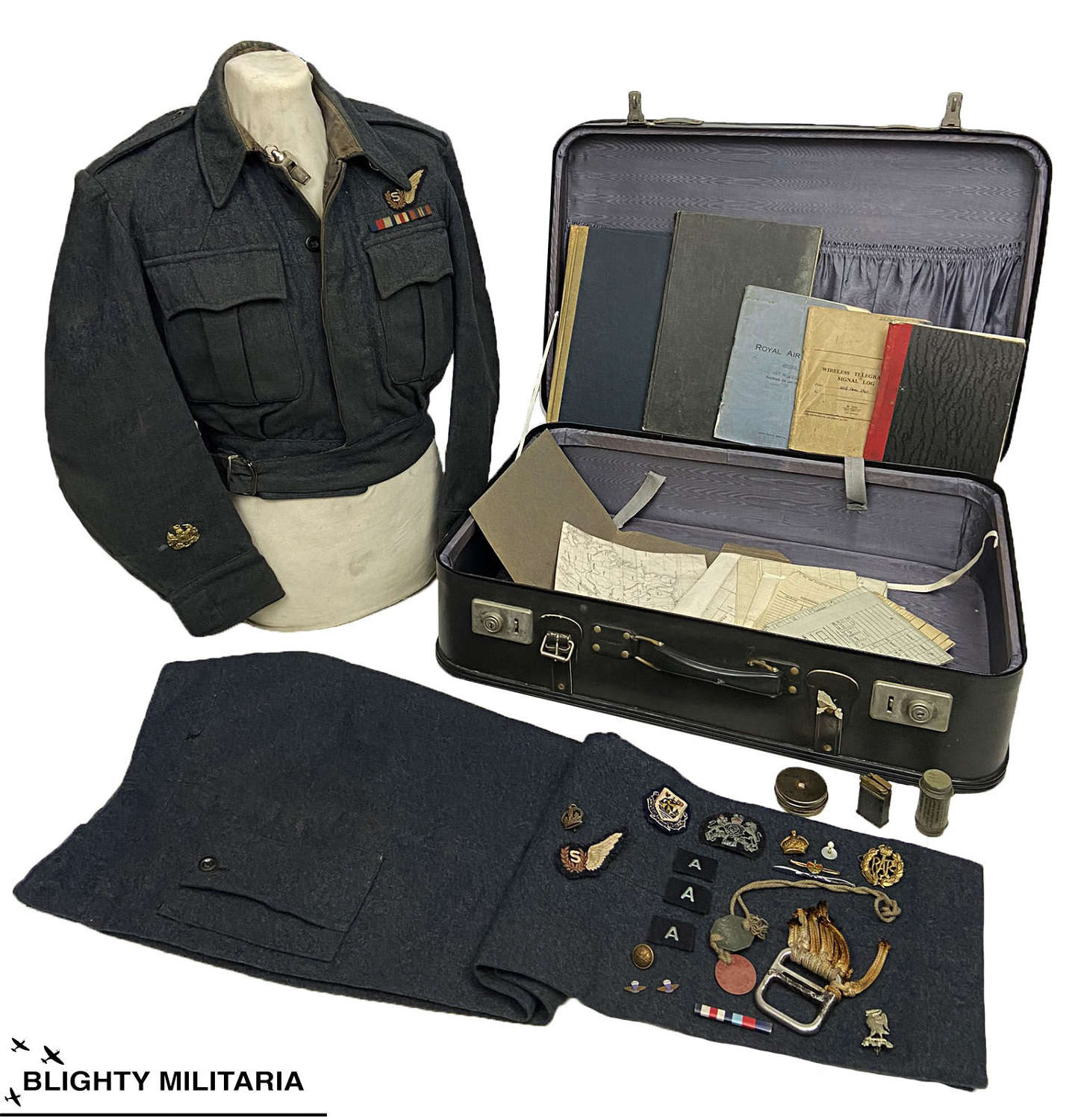 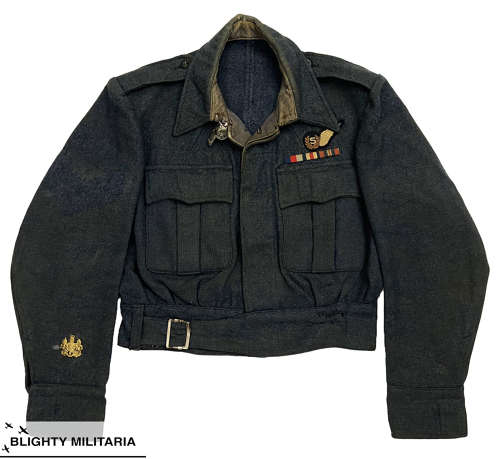 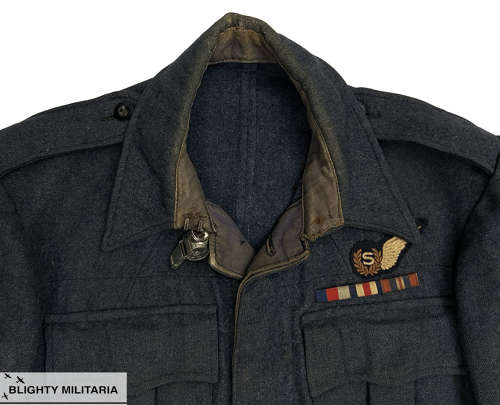 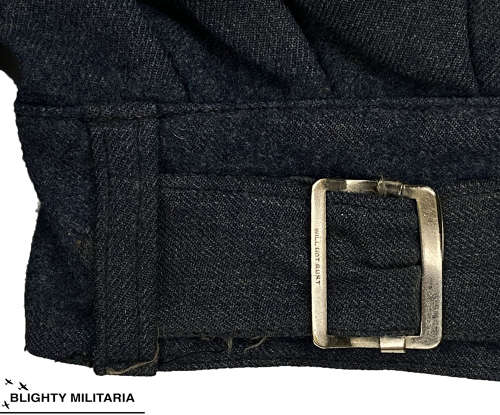 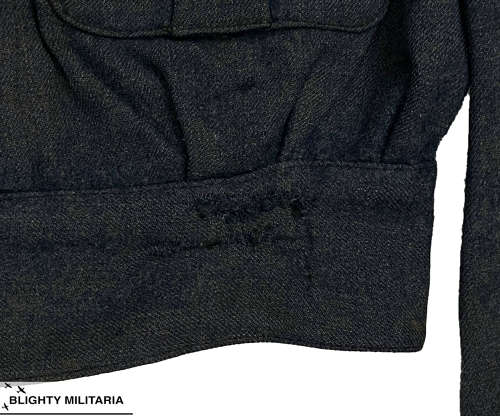 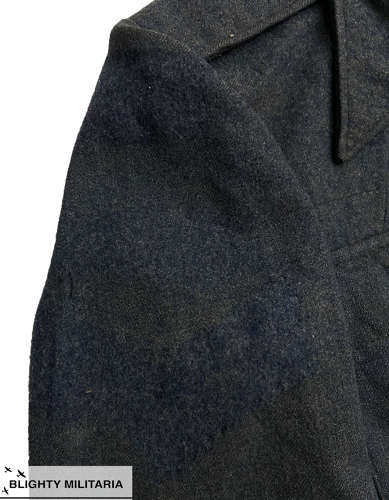 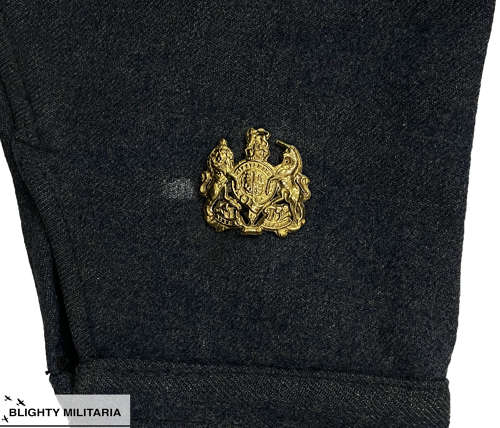 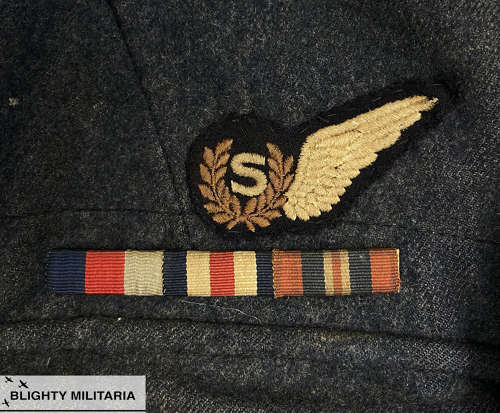 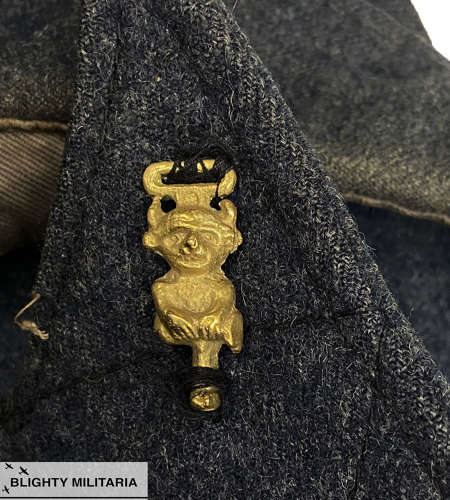 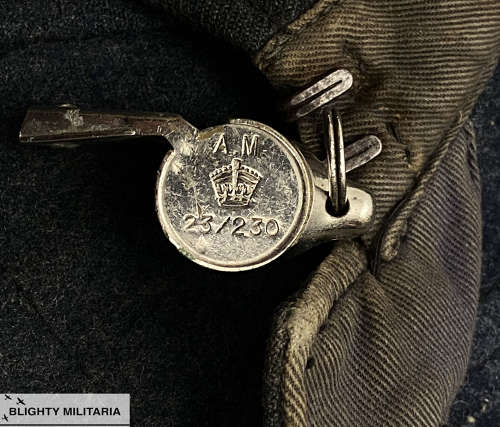 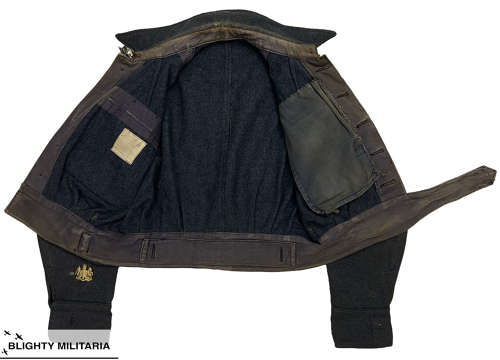 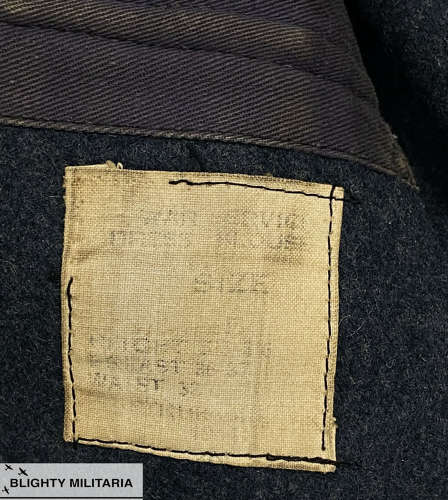 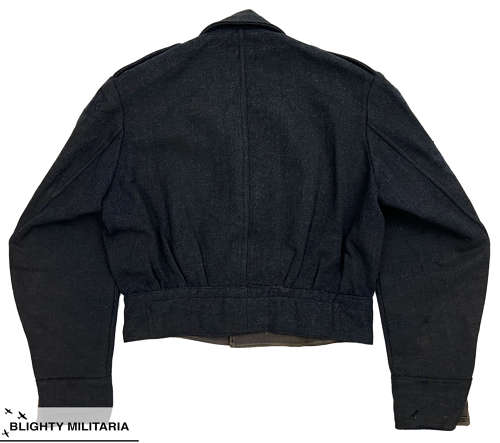 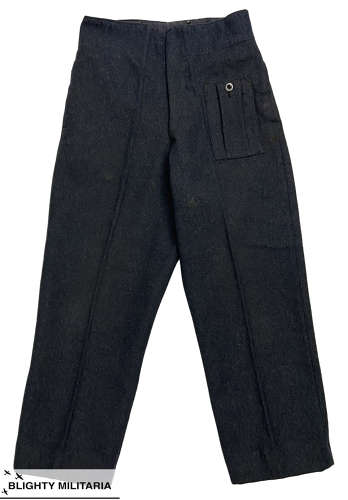 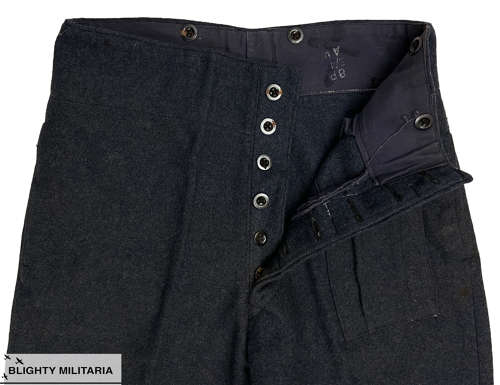 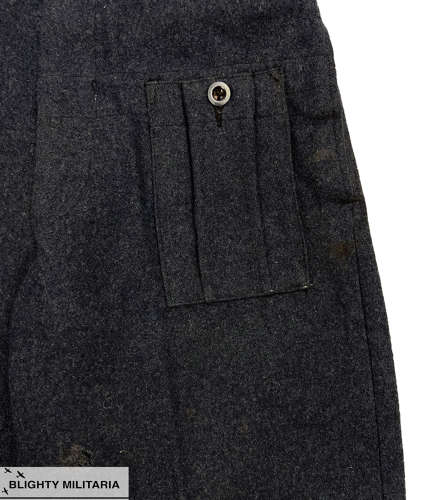 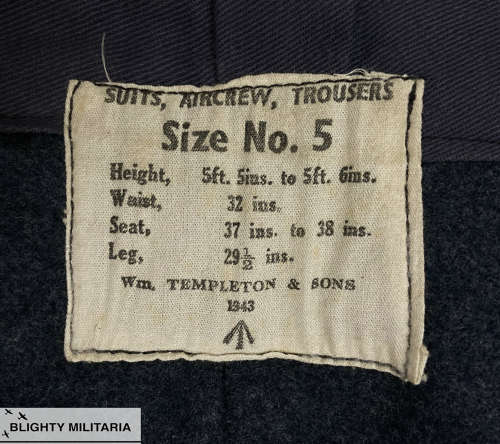 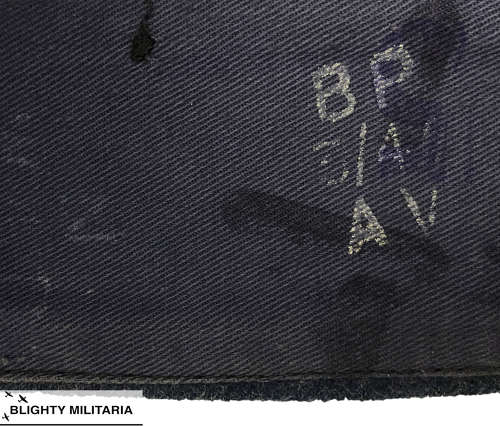 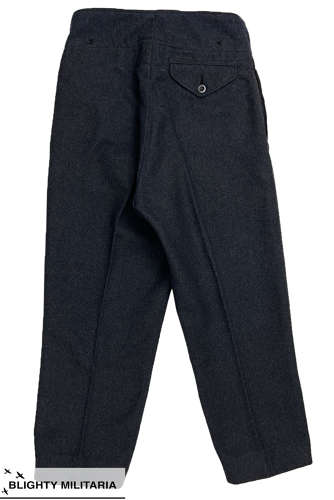 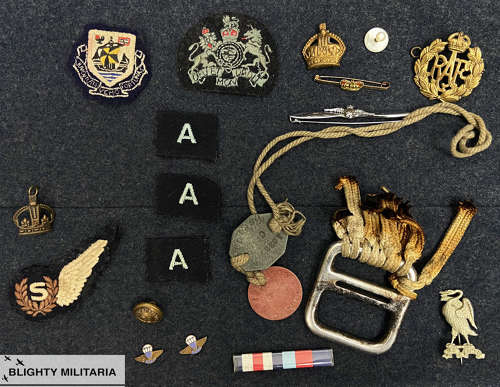 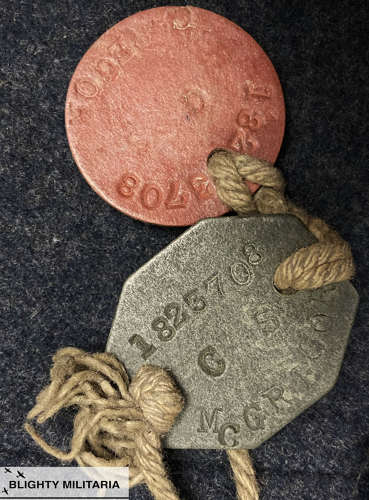 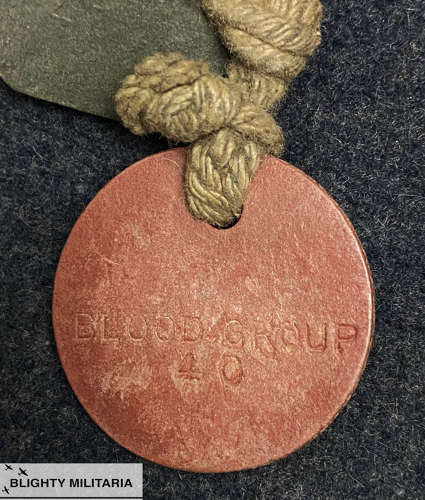 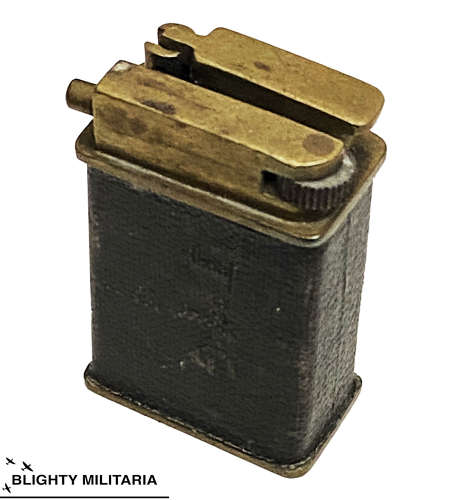 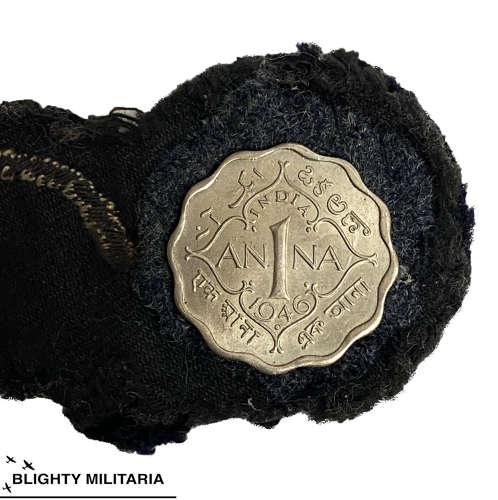 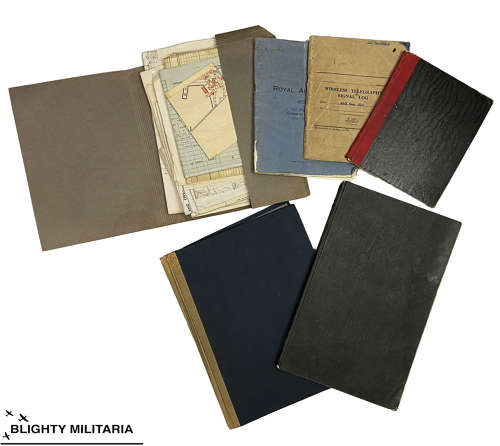 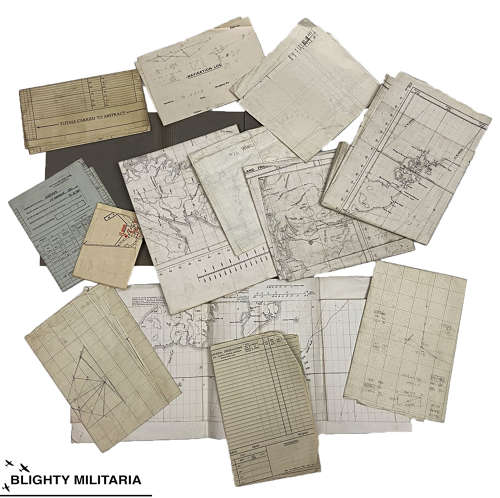 A fantastic original grouping which belonged to a Warrant Officer McGregor who flew with Bomber Command during the Second World War.

The grouping consists of a number of items including his battledress uniform and the jacket really is the star of the group. It is a standard issue example which was made in 1944 and shows heavy signs of wear and use and was undoubtedly worn on 'Ops'. One of the great things about this jacket is there is clear evidence of where Sergeant stripes were fitted as well as a Wireless Operators trade badge and RAF eagle badges. These have all been removed when John was promoted to Warrant Officer but there is clear evidence of where they were fitted which can be seen in picture 6. Interestingly, John fitted a brass army pattern Warrant officer badge to the lower right sleeve although an RAF embroidered example is included in the group. The jacket is also fitted with a signaller brevet below which are medal ribbons including the France and Germany Star. Men who were awarded this medal wore it in place of the Aircrew Europe medal so this is a typical late war arrangement. One of the best details however is the brass Lincolnshire Imp which has been stitched to the underside of the collar - a typical Bomber Command addition of a lucky charm. Inside the jacket the original label is still present and whilst faded the title of 'War Service Dress Blouse' can be read as can the date of 1944.

John's original ditching whistle is fitted to the collar of the battledress jacket and is another great addition to the grouping. These whilsts were often fitted to the collar of the jacket and can be seen in many period pictures being worn in this way. It is a nice example which retains the majority of its plating and is marked with the Air Ministry AM and crown marking.

The battledress trousers also show signs of service wear but are in good condition considering. They are a 1943 dated pair which feature the stamped metal buttons used for RAF uniforms during this year of production. A First Field Dressing pocket is fitted to the left hip and the rear features a single pocket. The original label is still present to the interior and states the size of 5. The maker's name of 'Wm Templeton & Sons Ltd' is present as is the War Department broad arrow marking and the 1943 date. There is also a faint War Department acceptance stamp which is surmounted by the letter 'N'n which denotes the year of 1943. As well as this the is an anti-vesicant stamp which bears the date of March 1944.

The grouping also includes a number of small items which all belonged to John. A piece of the parachute harness is one of these items and was cut from the harness he was wearing the night he was shot down. There is also a Signaller's brevet which has had an Indian 1 Anna coin fitted into the back of it which is yet another typical period addition. His identity discs are also included and bear his name and number along with his religion and blood group. A number of other badges also form part of the group including Irvin badges, an RAF Sweetheart brooch and a medal bar which again includes the France and Germany Star.

All these items are housed in a high quality period suitcase in which they have all been stored for many years. There is a substantial amount of paperwork inside the lid of the suitcase, most of which pertains to training and includes a good number of maps. This could help aid in further research.

An excellent Bomber Command grouping which would make an excellent addition to any RAF collection. It has a number of typical aircrew features and the uniform clearly saw plenty of action making this a real treat.