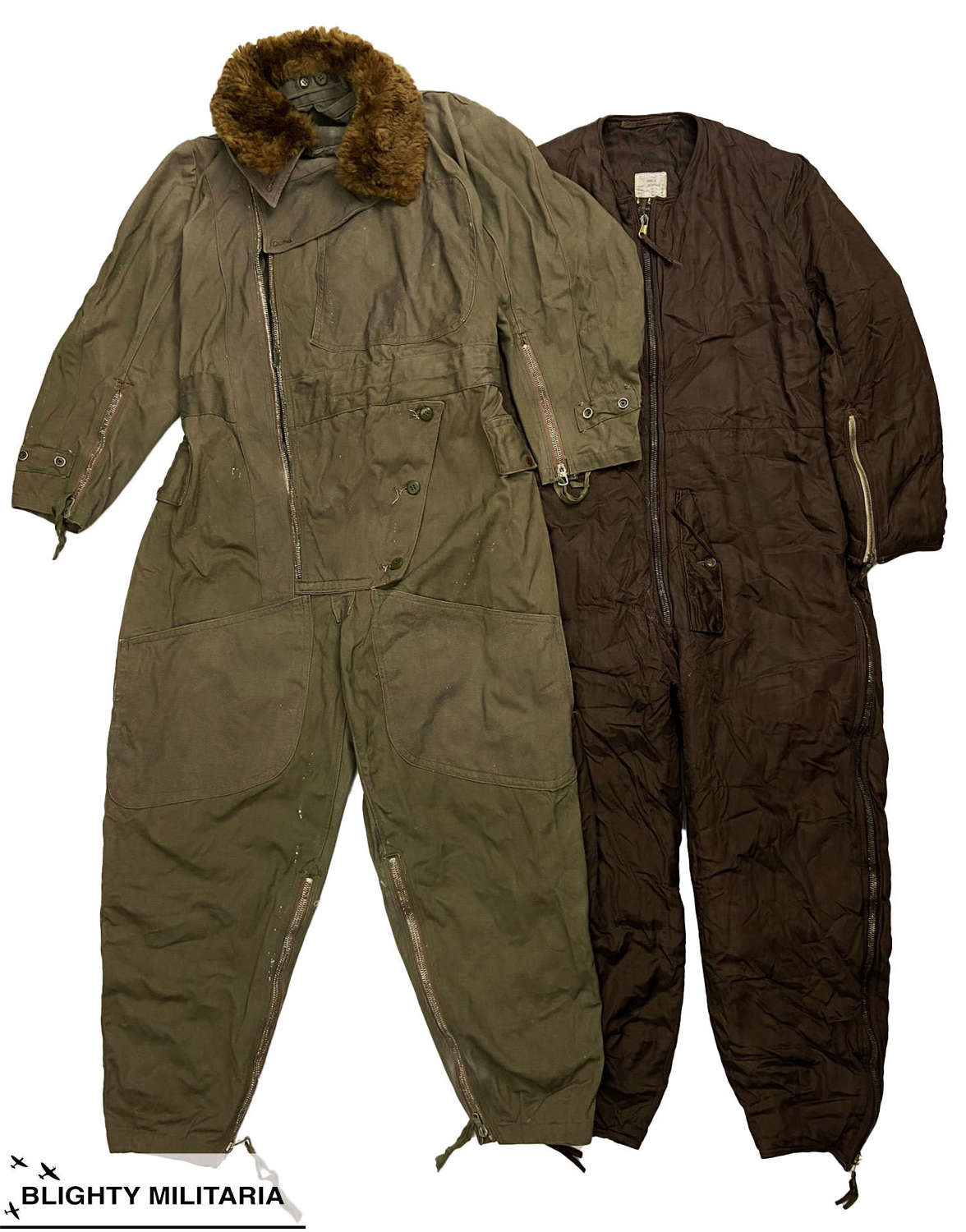 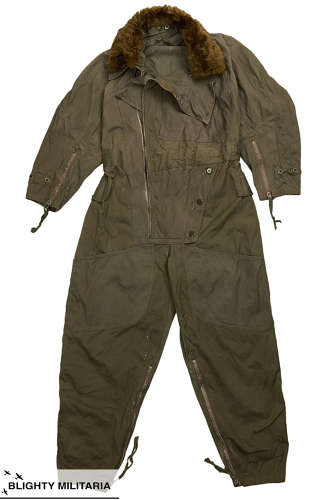 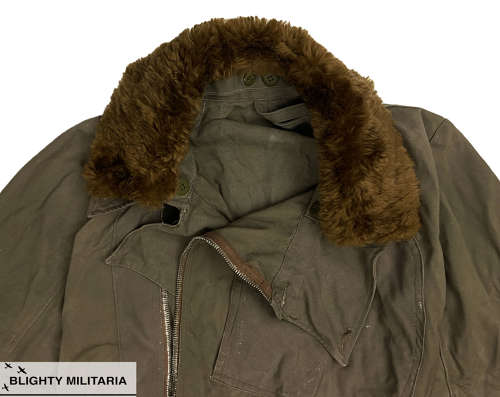 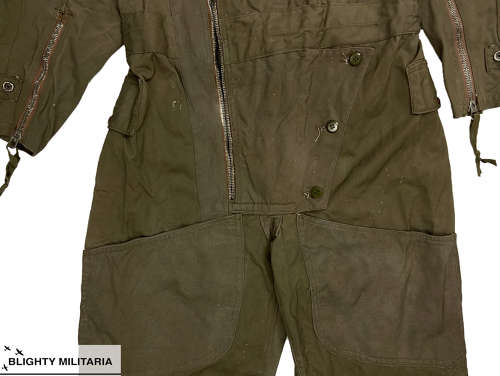 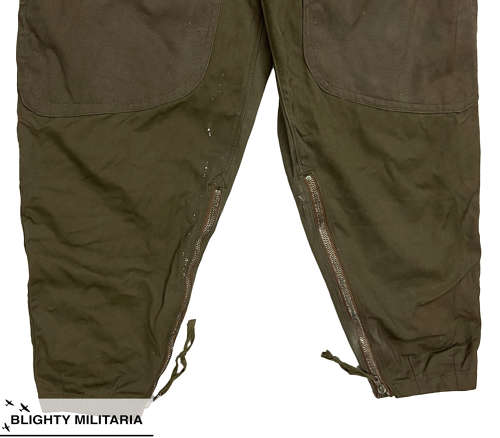 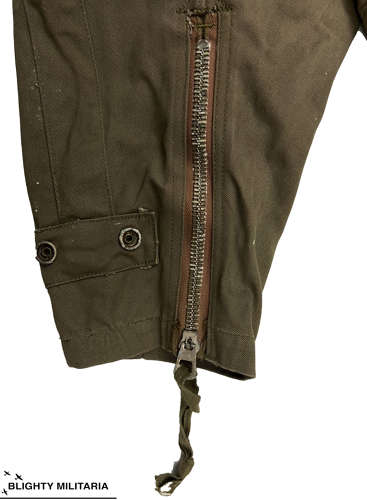 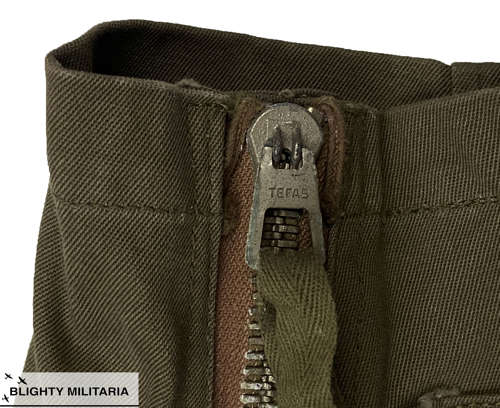 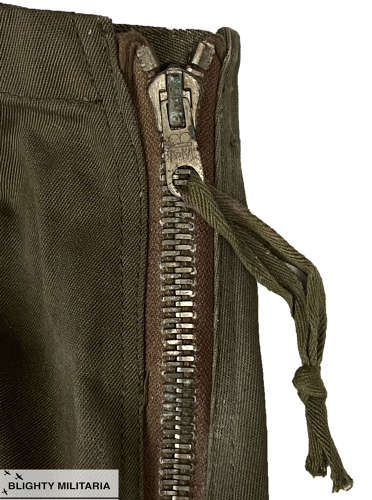 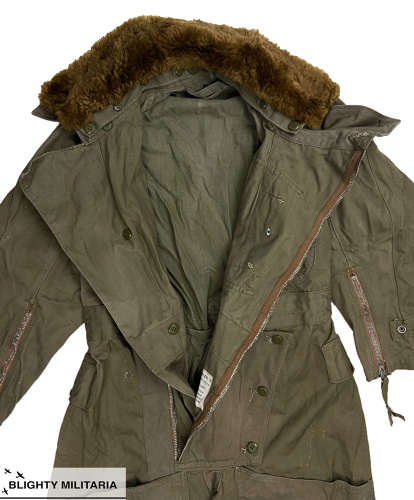 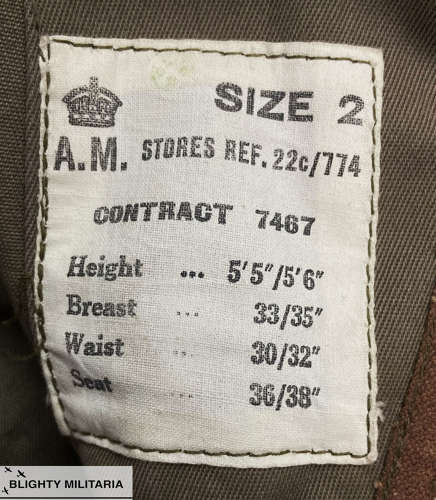 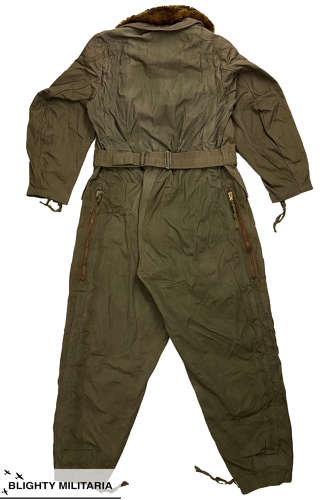 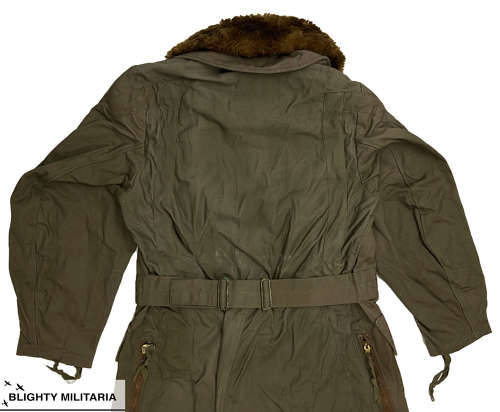 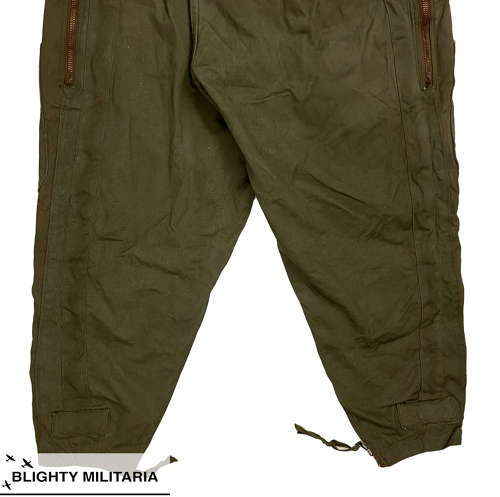 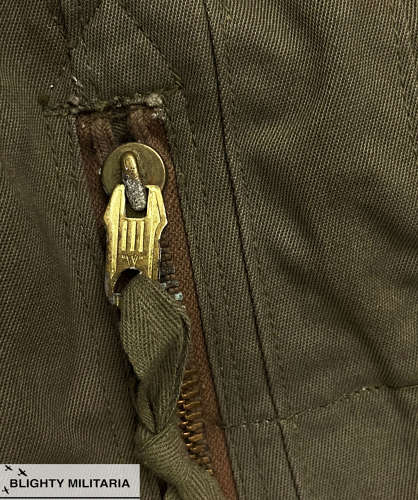 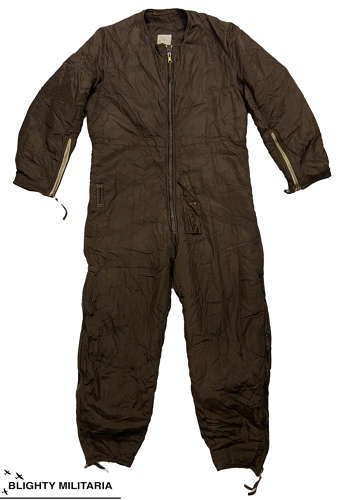 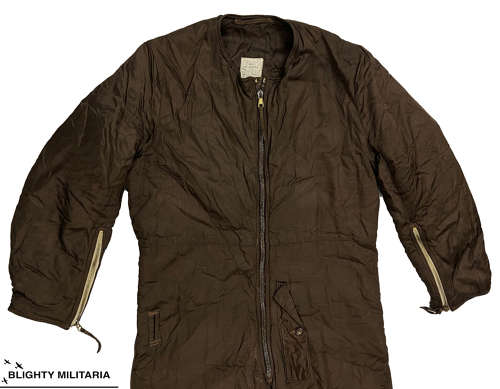 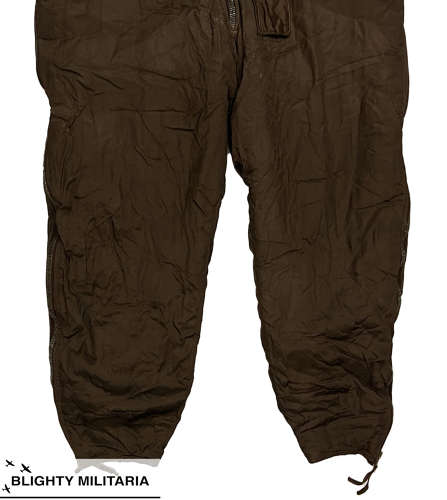 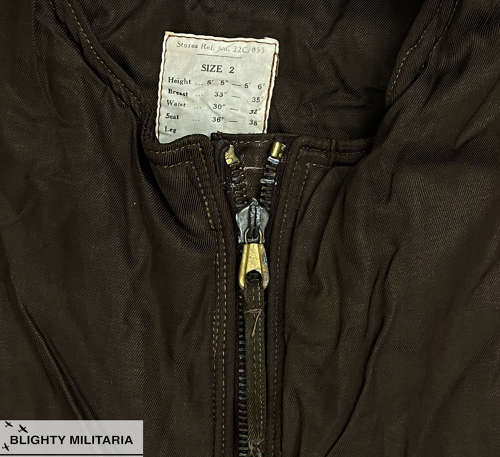 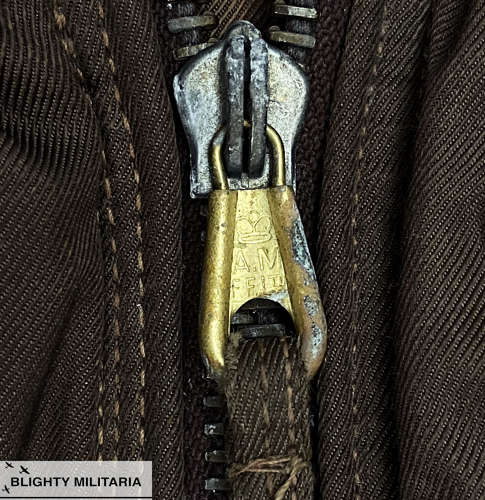 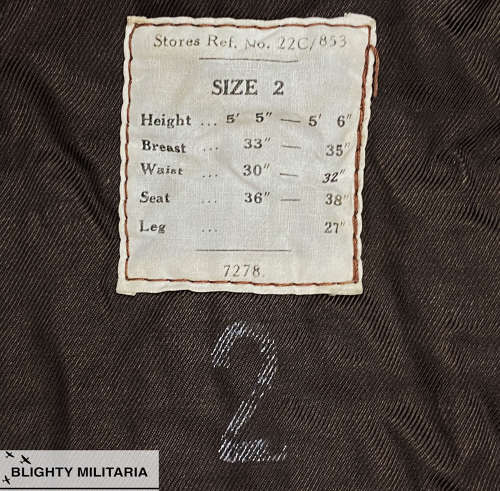 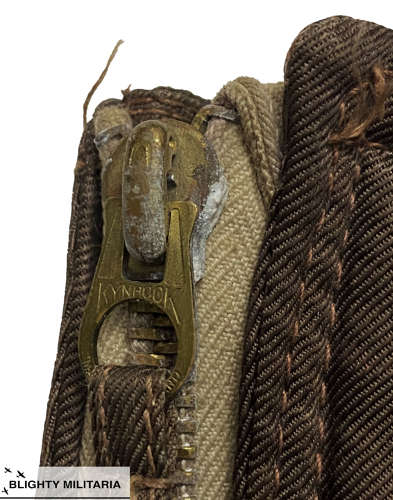 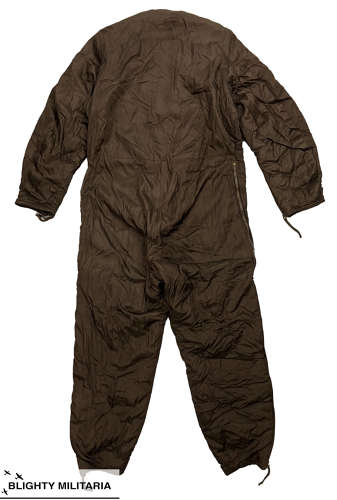 An original Royal Air Force 1941 Pattern Sidcot Suit and liner which belonged to a Warrant Officer who served in Bomber Command during the Second World War.

The sidcot suit is the standard wired 1941 pattern which is made from a green coloured cotton canvas. The main zip is complete and intact but has had the puller removed which would need to be replaced to fasten the suit. The other zips are complete with their pullers which feature different manufacturer's names including 'Tefas' whilst some are Air Ministry marked with the crown and AM marking. The comes complete with matching detachable fur collar which is in good condition. Inside the suit the original label is still present and is bright and legible. It states the size as 2 and bears the stores reference number of 22C/774 along with the Air Ministry AM and crown marking and details pertaining to size.

The suit is twinned with an original liner which also belonged to John and would have been worn with the Sidcot suit. It is made from rayon and features a kapok lining which is designed to keep the wearer warm. It is fitted with brass zips including Air Ministry marked examples and others which are marked 'Kynhook' and 'W' which are commonly found on RAF items from the mid-war period. Inside the suit the original label is still present and bears the size of 2 along with the stores reference number of 22C/853.

Both the items are in good condition although the zips on the sidcot need attention and there are signs of service wear and age etc. Please study the pictures and bear in mind that this is a vintage, preworn set of flying overalls which may have small issues commensurate with age and use.

Whilst the suit needs a little attention, this is still an attributed set which would make a great addition to an RAF collection.