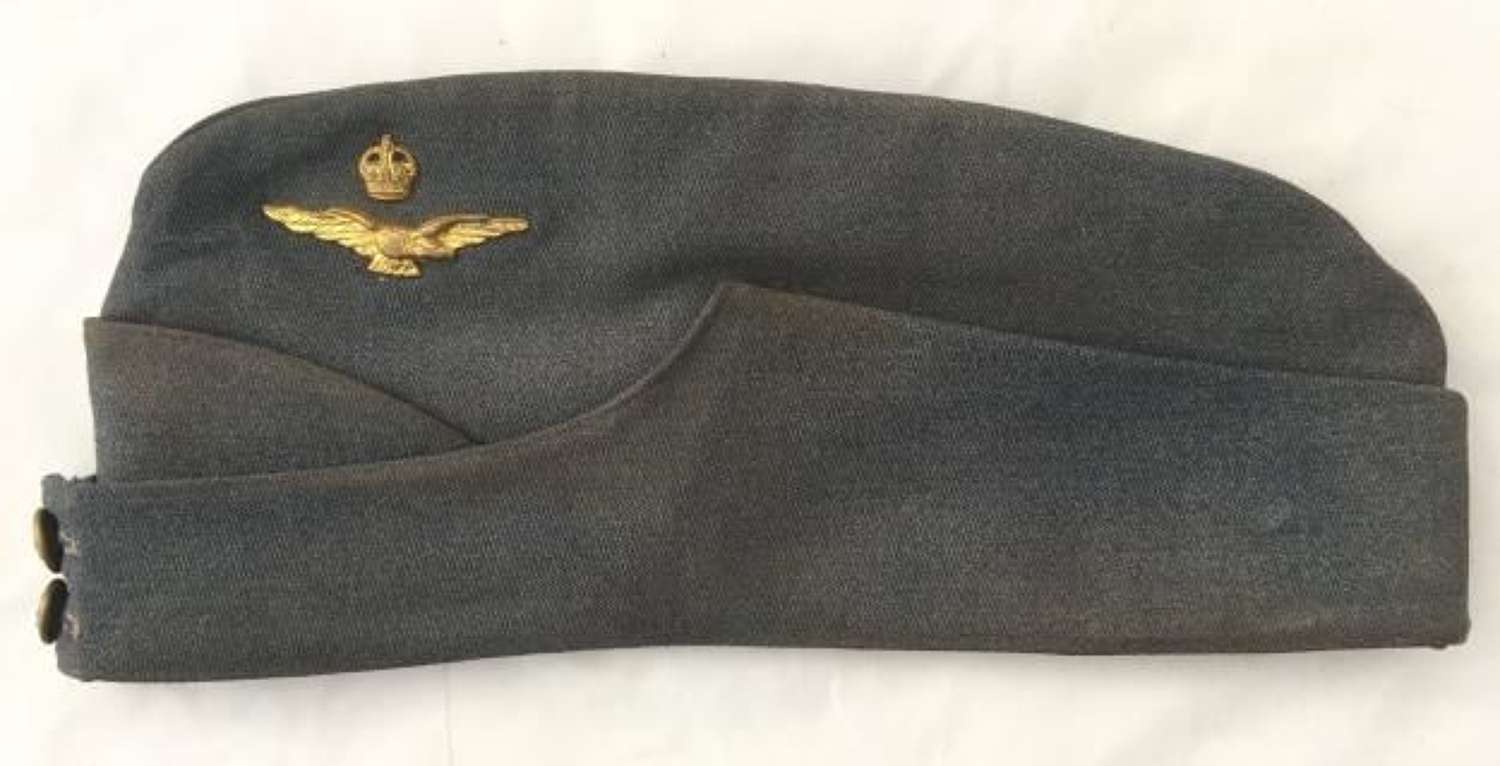 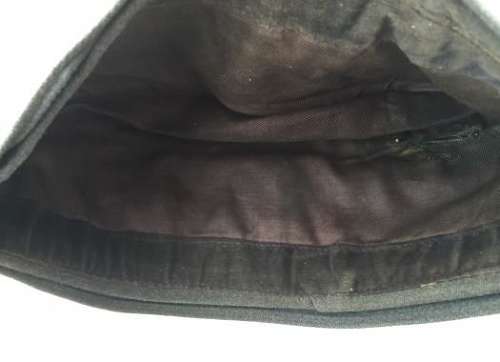 SOLD
A good original, if somewhat grubby, example of a wartime made RAF Officers side cap in a medium size.

These caps were used in place of the officers peaked cap throughout the Second World War as they were easier to stores, being easily folded and put into a pocket.

On the outside of the cap is an original Brass RAF officers cap badge surmounted by a kings crown. As well as this are two brass RAF buttons to the front of the cap.

The overall condition of the hat is extremely good with no rips, tears or moth to be found. It is somewhat grubby however and has clearly been worn regularly on active service. This may clean up but personally I like the 'been there' look this cap has.

This cap came with the 4 pocket RAF officers tunic listed below which I believe to have Costal Command connections.

The cap is around a medium size 7 .

All together, a smashing original wartime cap with a great look which would compliment any RAF collection.