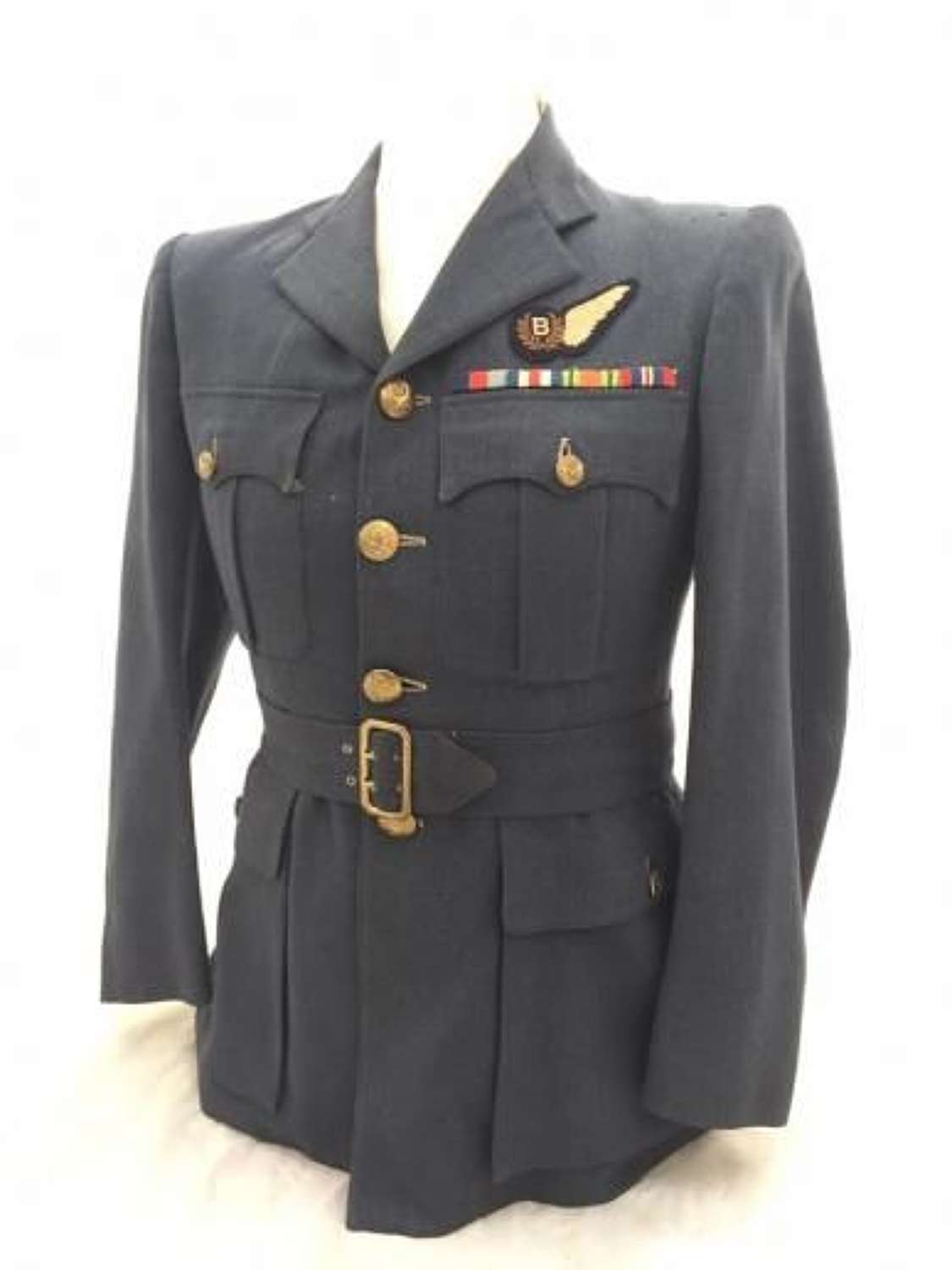 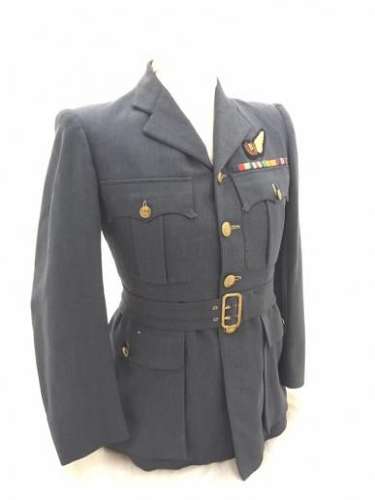 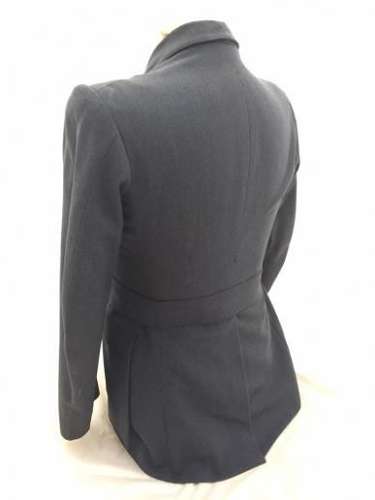 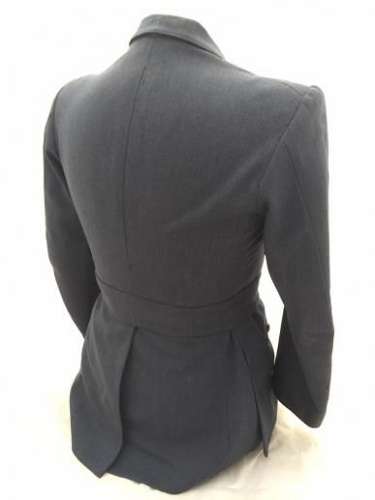 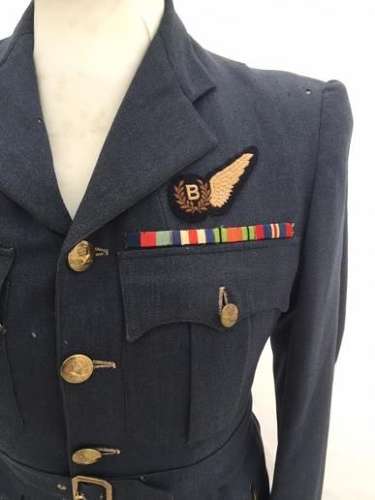 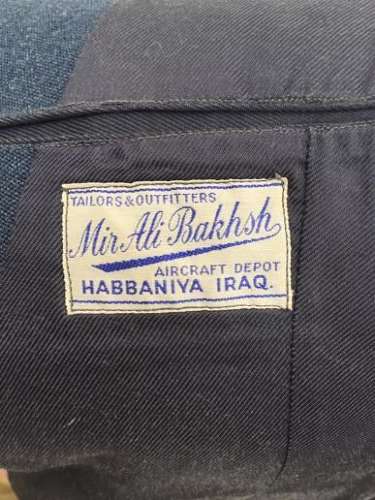 This pattern of tunic was used througout the Second World War by all RAF officers and was superseed by a three button version shortly after the end of hostilities. These wartime examples with four buttons are much rarer than their post-war counterparts.

The tunic features a Bomb Aimers brevet to the left breast below which is a set of medal ribbons which includes Defence Medal, France and Germany Star, Defence Medal and the War Medal. Interestling, there is no rank braid on the cuff but this could be added if you so wished.

The condition of the jacket is reasonable for its age but it has suffered from some moth damage as can be seen in the photographs.