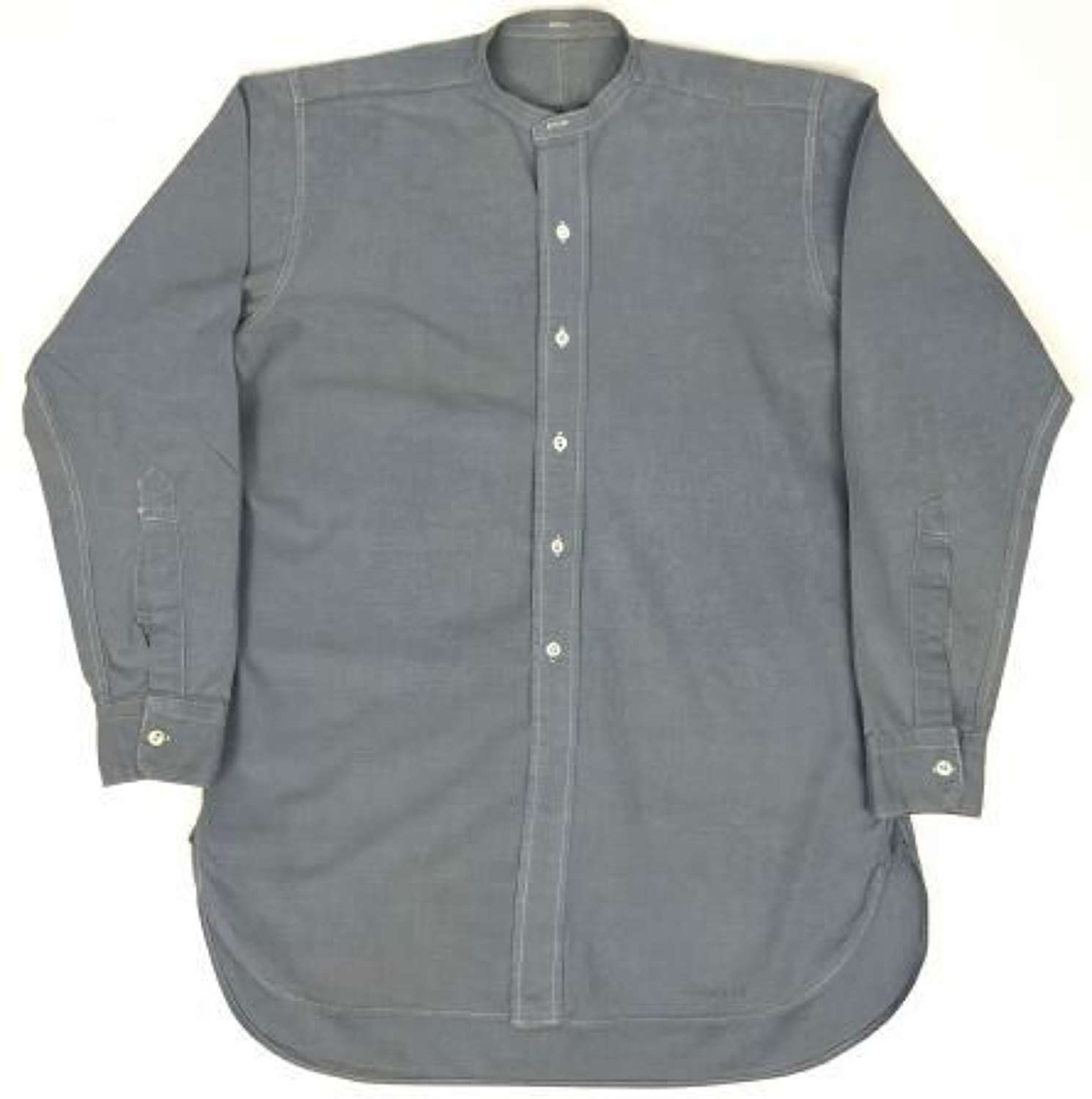 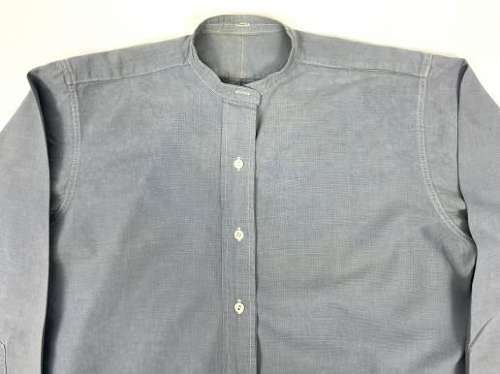 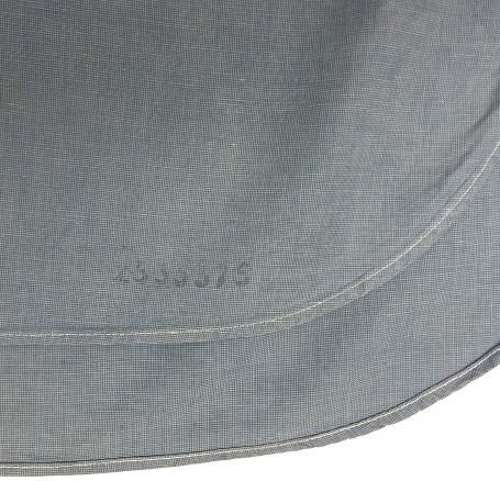 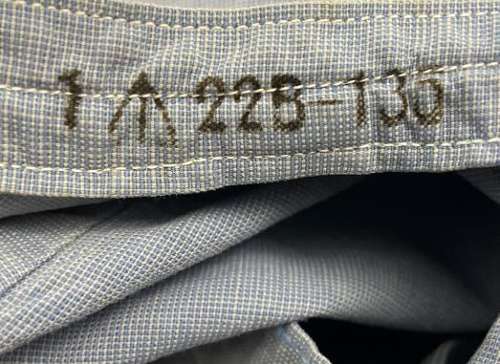 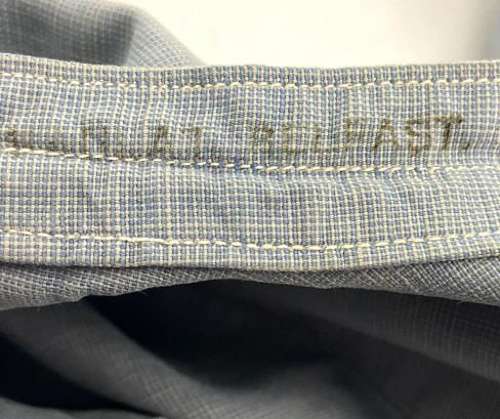 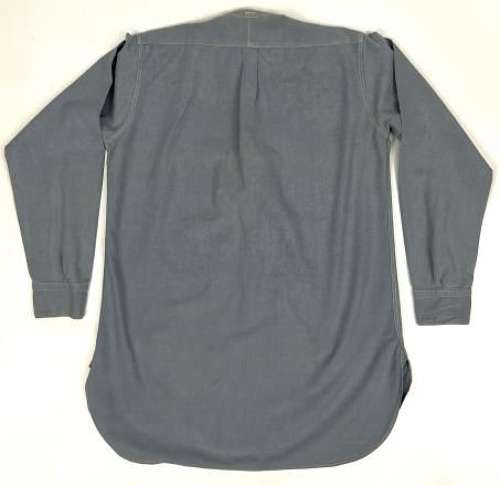 This shirt still retains its original markings to the inside of the neckband. This are more often than not worn away or washed out but this example features good bright markings. They are in two sets; the first states the manufacturer as 'Faulat Belfast' who were a common shirt maker for the forces, whilst the second stamp bares the size (1) and the War Department broad arrow marking as well as the 22B RAF stores reference number.

This particular example is in good condition for its age are no rips or tears. There is a small amount of staining however, most likely from storage so please study the pictures.

All in all a nice example of an Ordinary Airman's shirt which would make a nice addition to any collection.