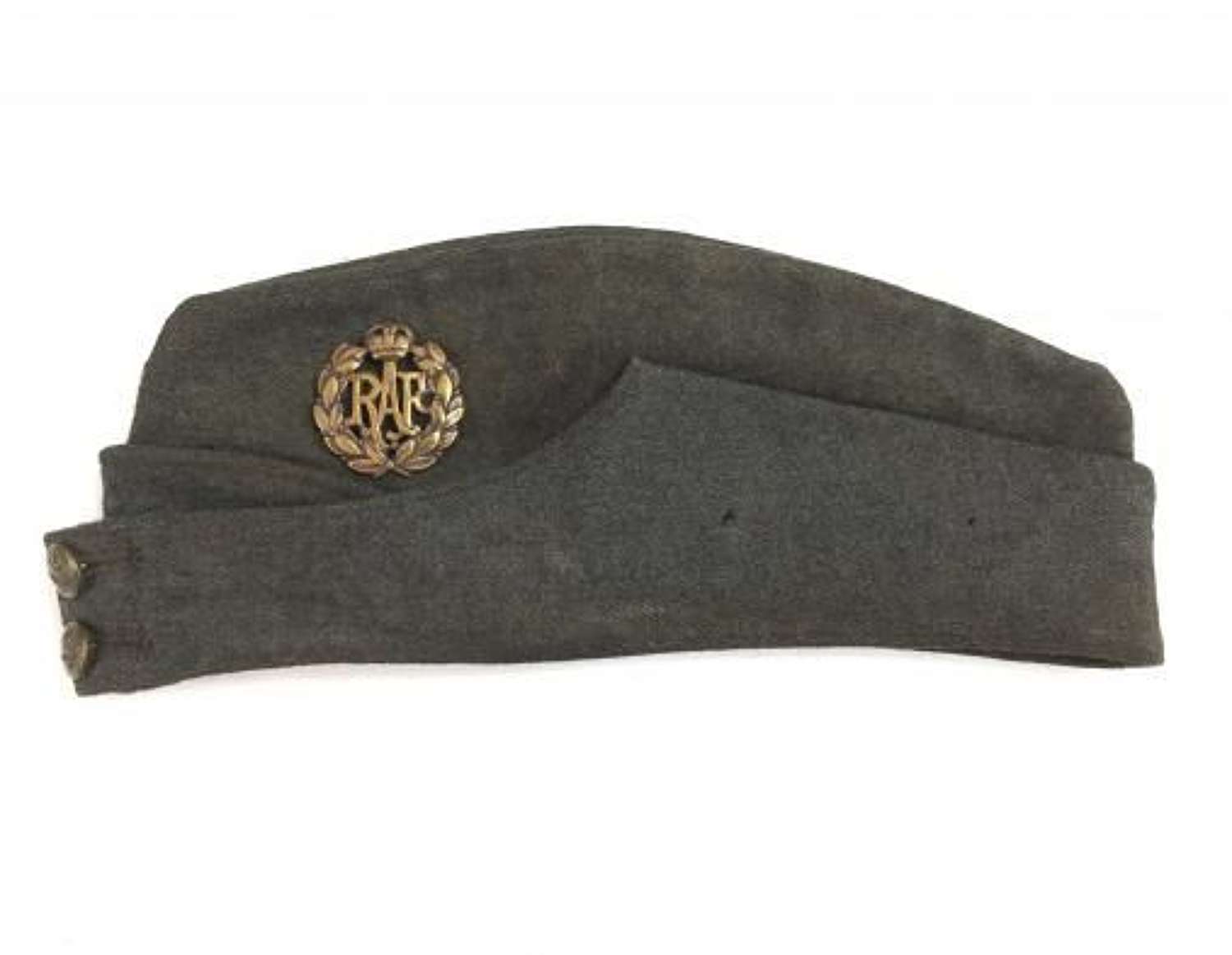 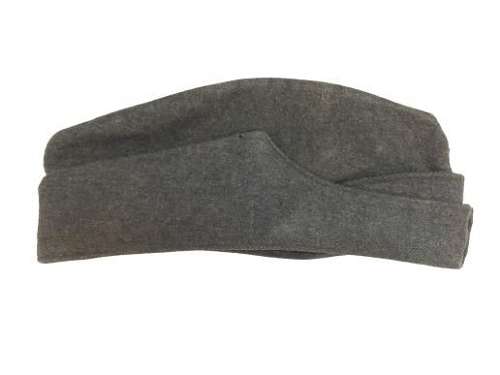 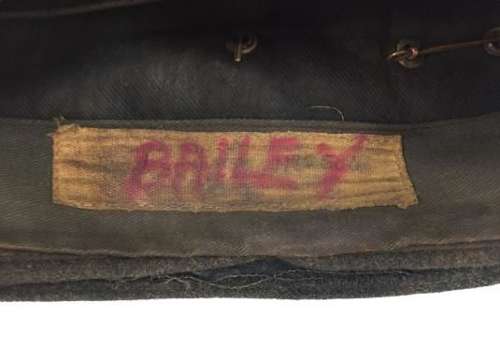 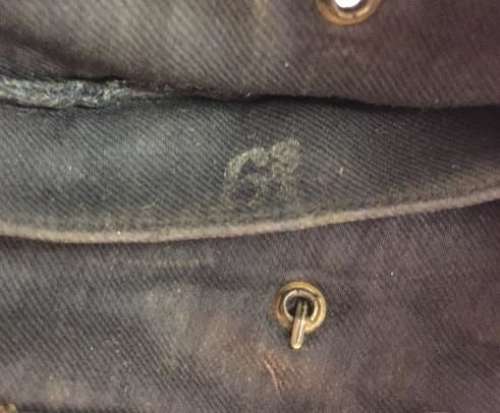 This hat is the pattern used throughout the Second World War by all airman under the rank of Warrant Officer.

The cap has no clear date inside but does have a size marked in white in appears to be 6 3/4. There is also a white piece of material inside the hat which bares the original owners name and serial number.

The cap is in worn condition and is very grubby but still displays well and has that 'been there' look to it. There are also some moth holes. There is no size indicated inside but I would say it’s roughly a 6 1/2.

A nice original wartime period cap which would suit the collector and reenactor equally.