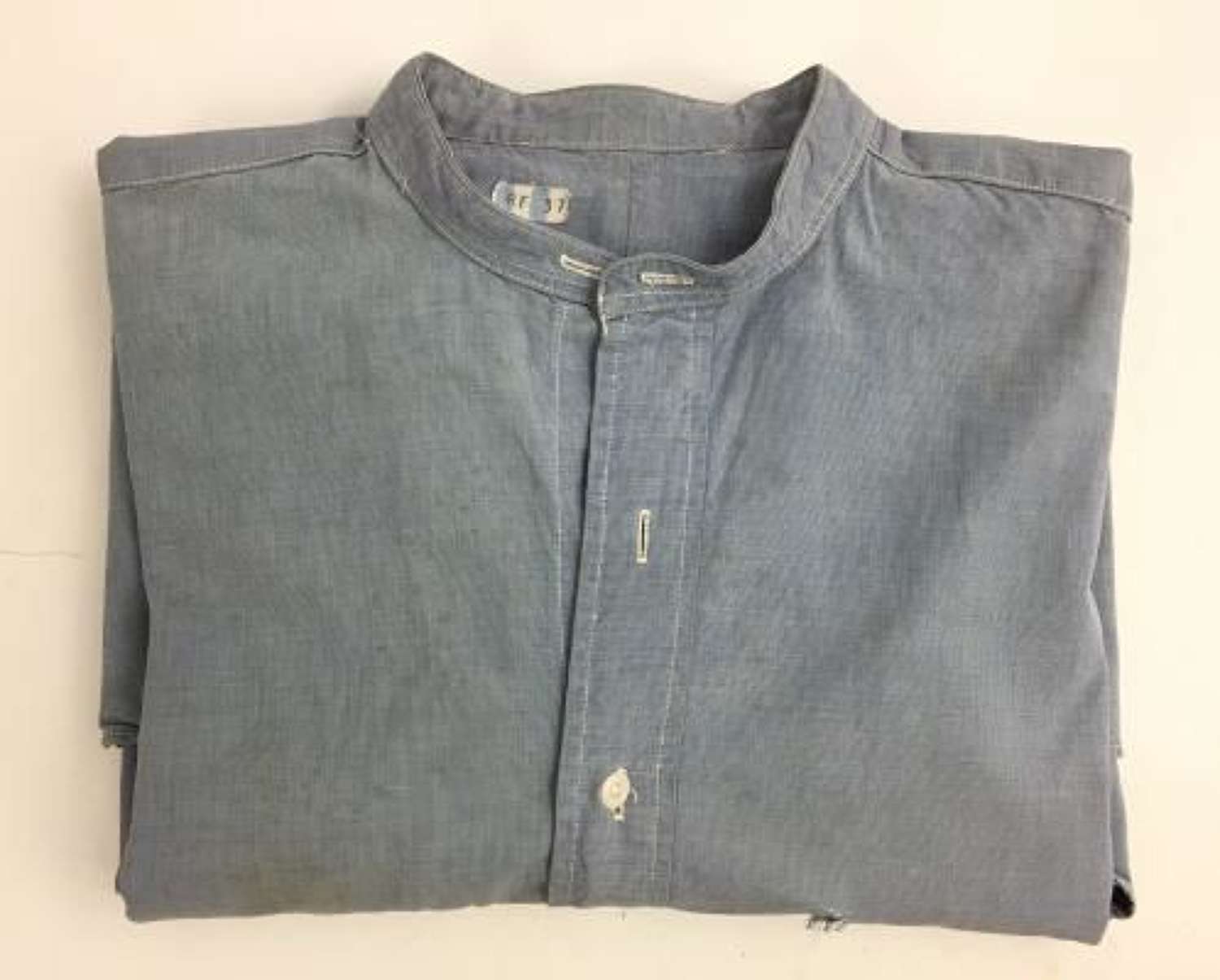 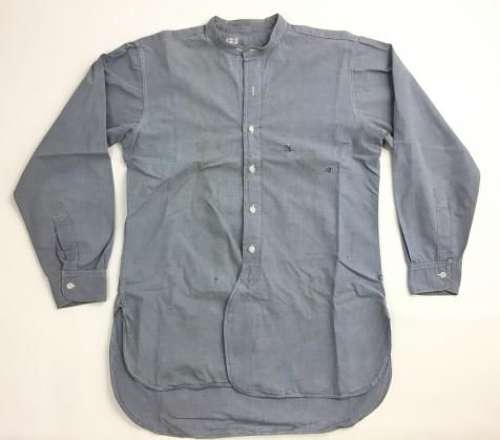 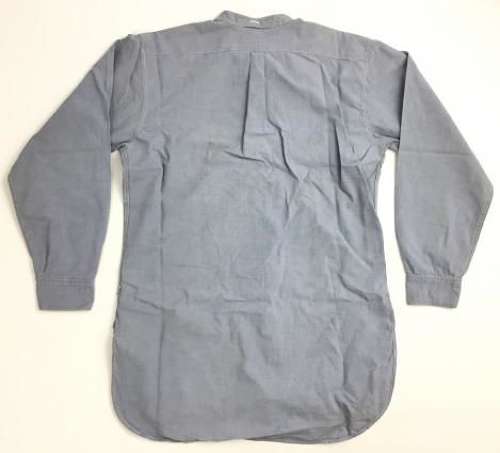 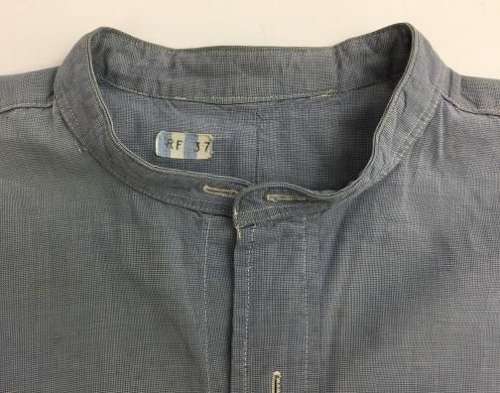 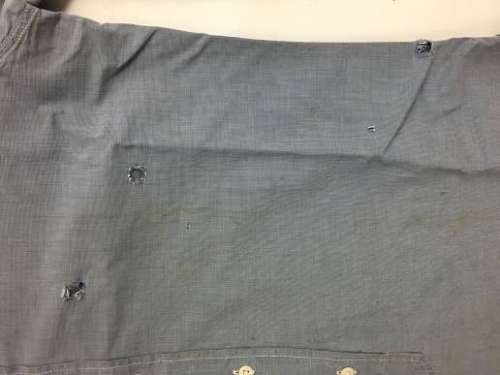 The shirt is a good size measuring at 21" pit to pit so will fit a 40" chest comfortably. The neck measures at a 15 1/2" which is again a good size and should fit most mannequins.

The shirt is in reasonable condition for its age however it does have numerous stains and a number of holes so please study the photographs.

A nice original shirt which is becoming very hard to find. This would make an excellent addition to a mannequin or RAF display.