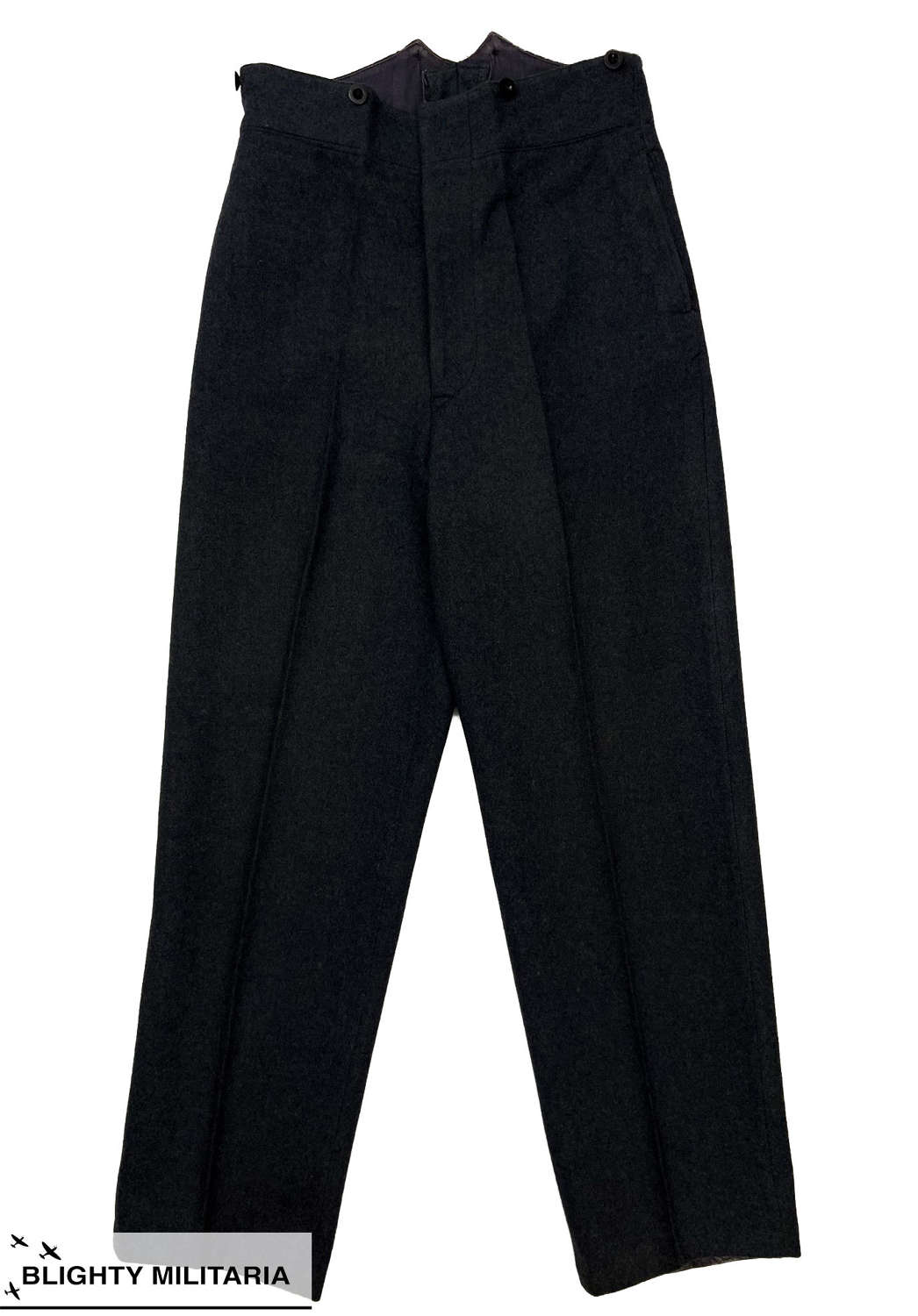 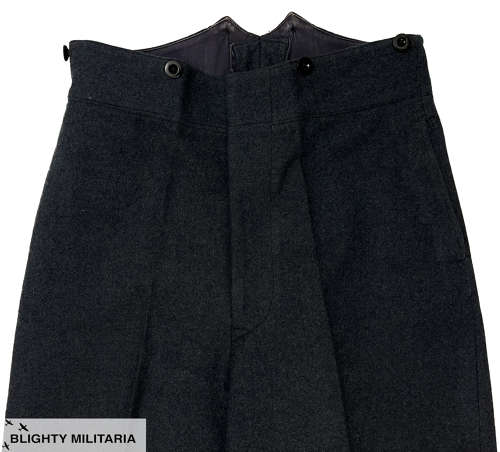 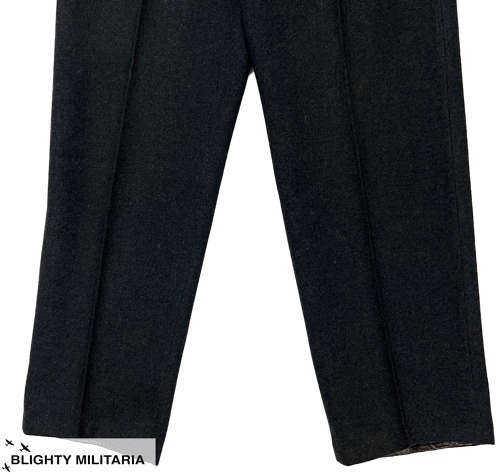 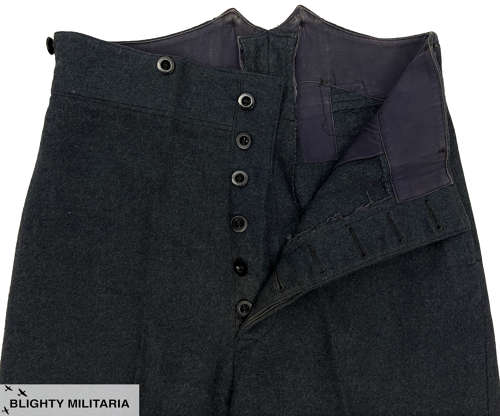 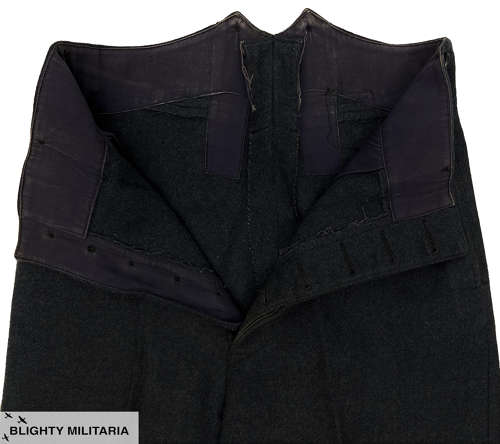 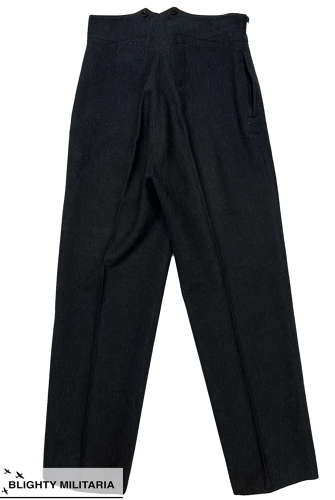 A good original pair of RAF Ordinary Airman's trousers dating from the 1940s or early 1950s.

This pattern of trousers came into use with the RAF during the 1930s and stayed in service well into the 1950s. This pattern with the blue indigo cotton drill lining and black plastic buttons was introduced in 1943 and stayed in service until the late 1950s. There are no date markings inside the trousers so it is impossible to date them exactly. They are none-the-less the correct wartime pattern so usable for this period. The trousers feature a fishtail back, a slash pocket to each hip and black plastic brace buttons around the outside of the trousers. The same style of black buttons are used to fasten the fly.

The trousers are in good condition with some wear and signs of age etc. They are still very wearable but please study the pictures before purchasing and bear in mind that they are a pre-owned pair of vintage trousers which may have small issues commensurate with age.

All in all a good pair of RAF OA trousers dating from around the time of the Second World War. They would fill a gap in a collection or could be used for re-enactment.