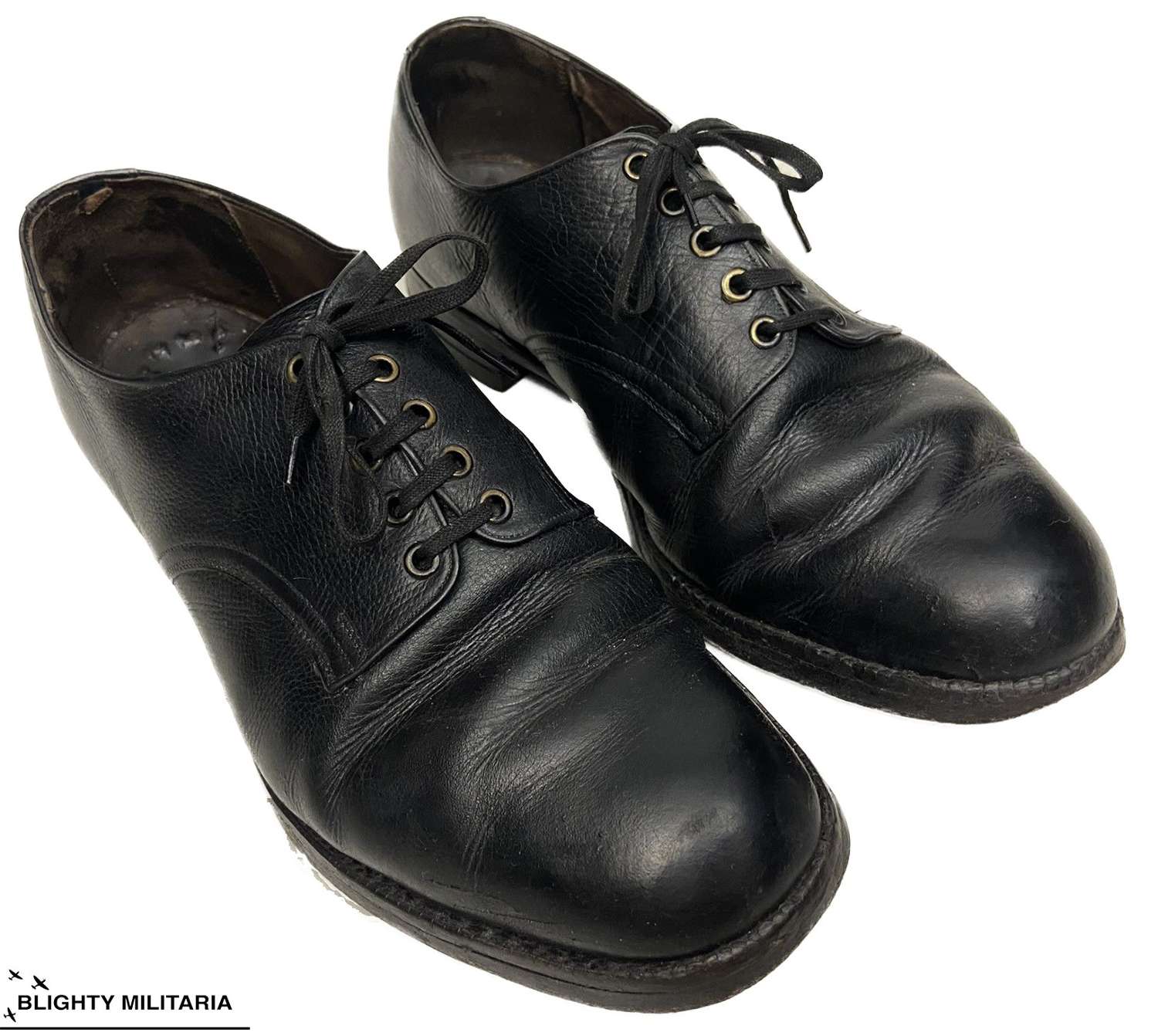 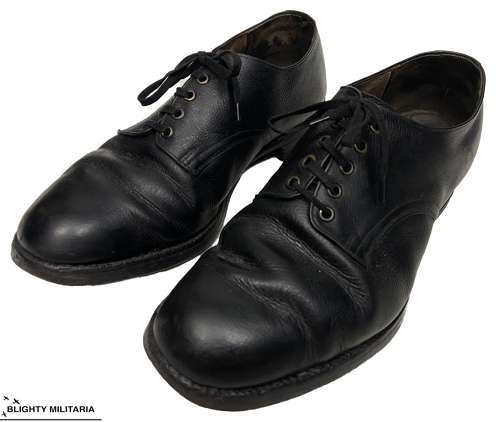 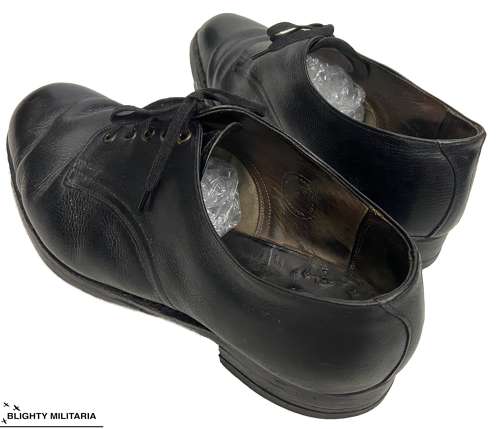 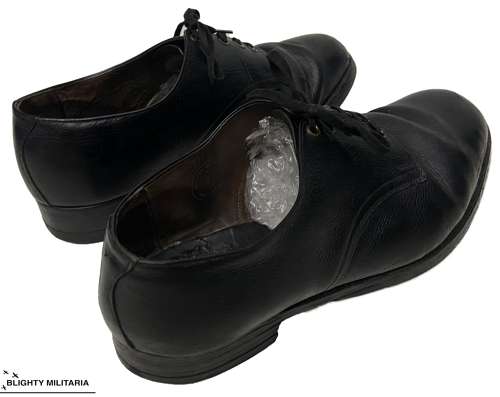 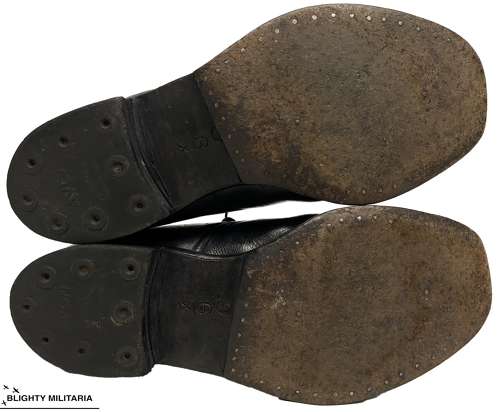 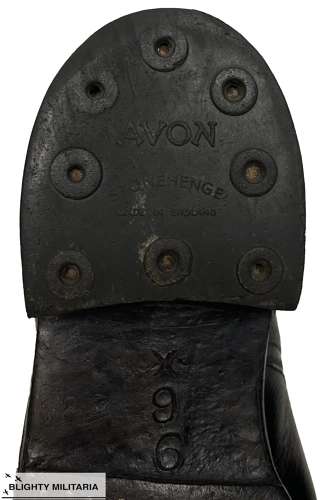 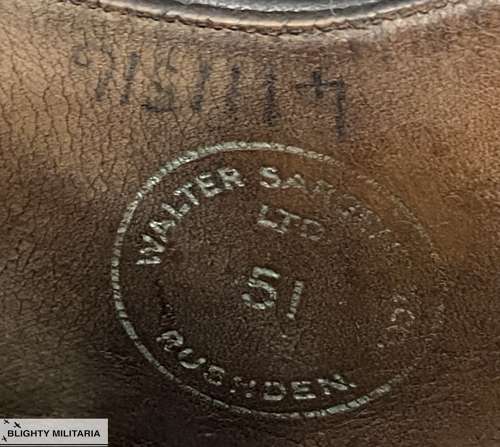 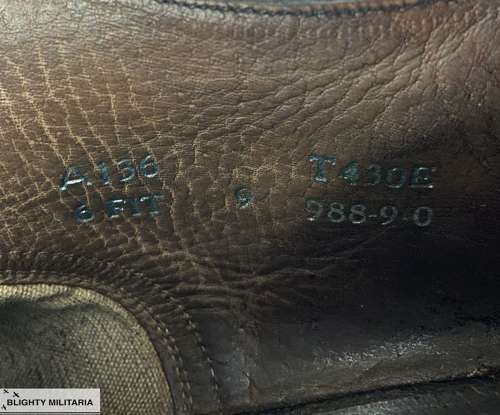 A scarce original pair of RAF Ordinary Airman's Shoes as worn during the Second World War and post-war period.

These shoes were worn by all Airmen in the RAF up to rank of Flight Sergeant in place of the ankle boots. They look very similar to the boots and when worn with trousers it would be hard to tell the difference. They are made of the same leather, feature the same toe profile and importantly do not feature a toe cap.

The shoes feature five brass eyelets and a set of laces. The soles of the shoes are leather as is common to find in this period whilst the heels are rubber examples made by Avon, again typical of the era. The interior is leather lined and bears the size of 9 along with  style number and maker's name. There is a circular stamp which features the number '51' to the centre which might possibly relate to the year of manufacture. The original owner has also marked his serial number to the interior in ink.

The shoes are in well worn condition as can be seen in the pictures. They clearly saw plenty of use from their original owner but still display reasonably well.

Altogether a very rare RAF OA item which would be a great addition to any collection.