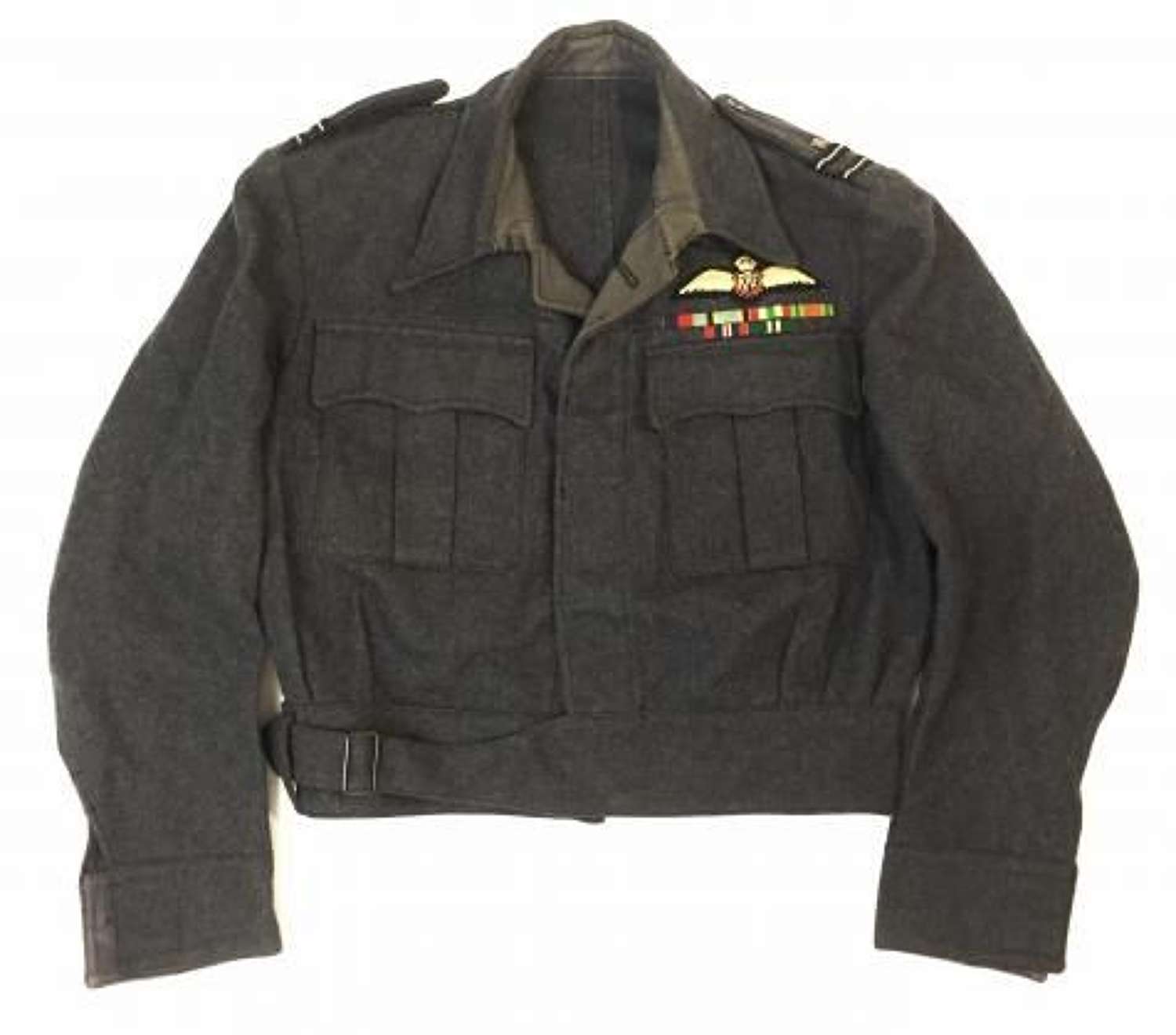 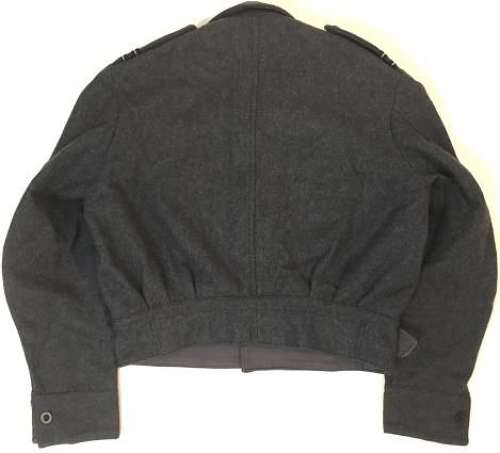 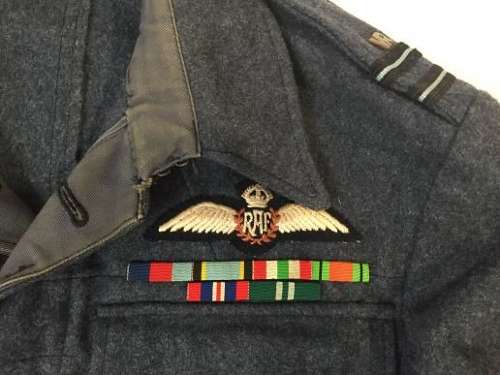 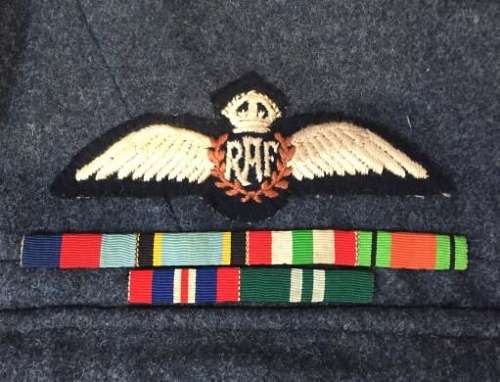 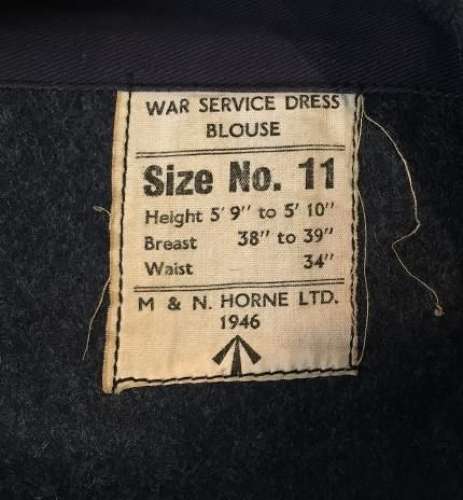 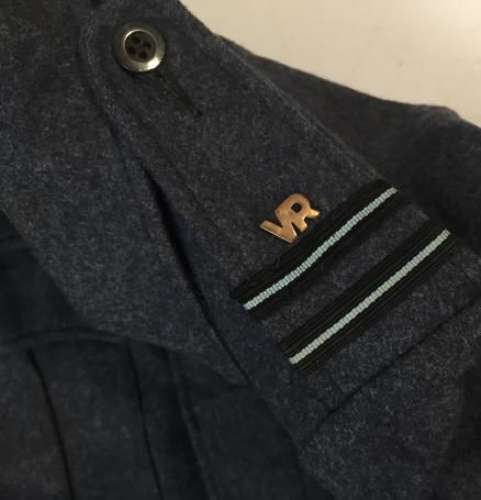 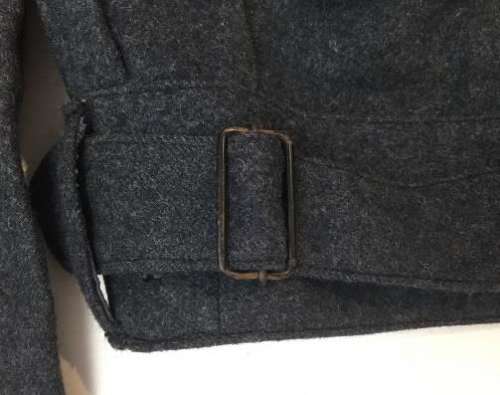 The jacket doesn't have a name inside so its unclear who the original owner would have been. However from the badges and medal ribbons we can build a good picture of his career. He would have joined the RAF VR some time towards the beginning of the war and then served flying operations over both Europe and Italy so was without a doubt an operational pilot who must have racked up quite a few hours flying time. Amongst other ribbons is the Air Efficiency Award which was issued to those who had served in the Volunteer Reserve for 10 years or more suggesting that he carried on serving after the war, although possible on a part time basis.

The jacket itself is a typical wartime example although it is dated 1946. Apart from the date on the label there is nothing to tell this apart from a war dated example. The jacket features nice original rank tape with brass 'VR' badges, a very nice set of original padded RAF pilot wings and the aforementioned pilots wings.

Inside the jacket the original label is present and nice and bright and clearly legible. It states the size as No.9 which will fit up to a 39" chest and a 34" waist, so a generous size. The jacket is has the War Department broad arrow stamp inside which is surmounted by the letter 'L' which is correct for 1946.

The jacket is in excellent condition as is clear in the photographs. The jacket has clearly been very well looked after and only shows very limited signs of wear. The blue serge is still a nice deep blue colour and not a washed out example.

Altogether a very nice and very original RAF aircrew jacket. This is not a badged up jacket but an authentic and un-molested RAF pilots battledress blouse and would make an excellent addition to any RAF collection without a shadow of a doubt.