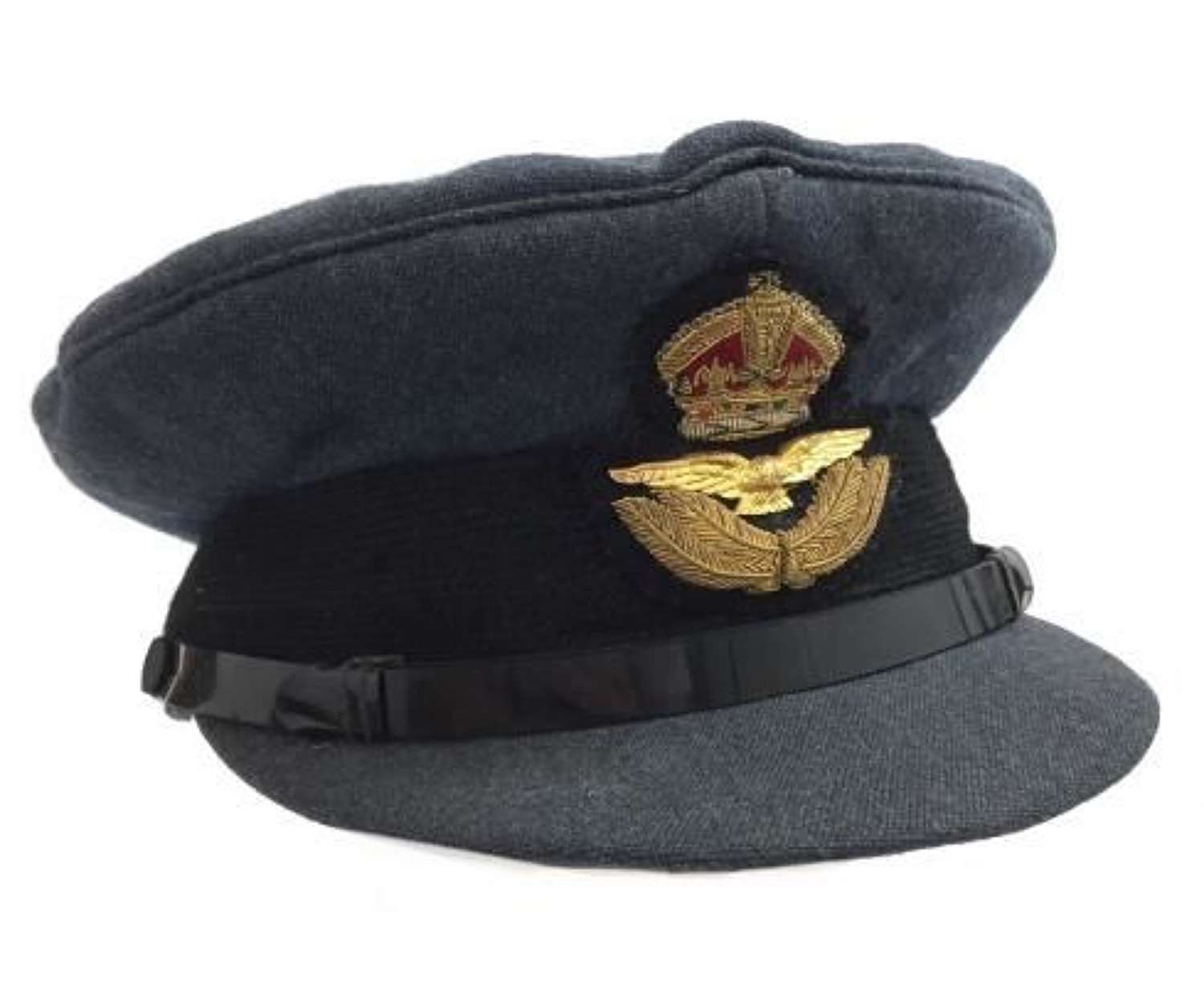 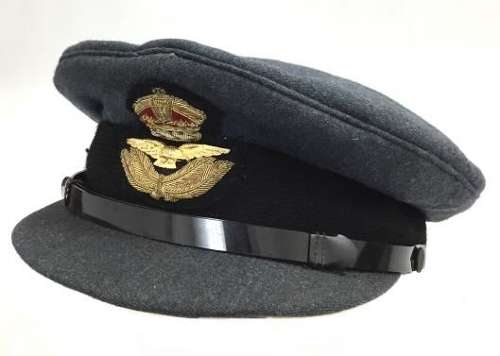 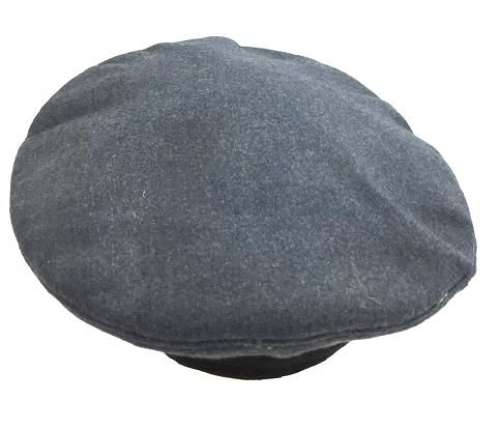 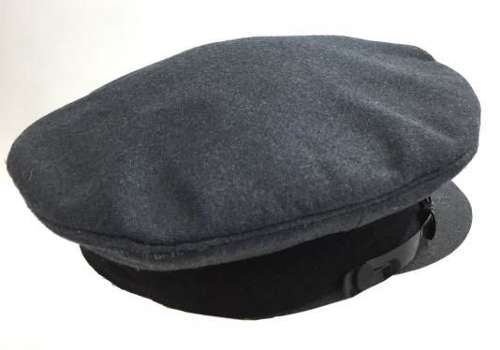 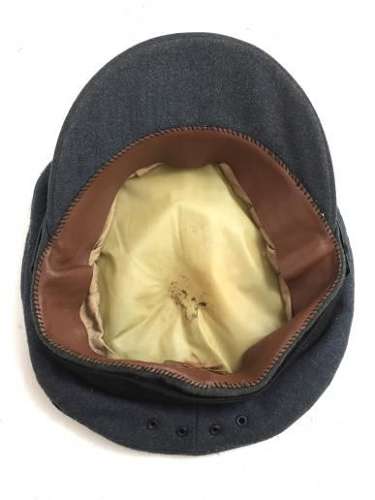 This pattern of cap was worn by RAF Officers for many years and this example dates from the 1940s. It features a kings crown cap badge and a leather patent chin strap which I would say is a later addition. The rear of the cap features 4 vent holes set close together which is typical of caps made in the mid to late war period.

The interior of the cap features the usual leather headband and is clean overall. The internal circumference measures 21".

Overall the condition of the cap is nice and it displays well. It would suit both the re-enactor and the collector well.