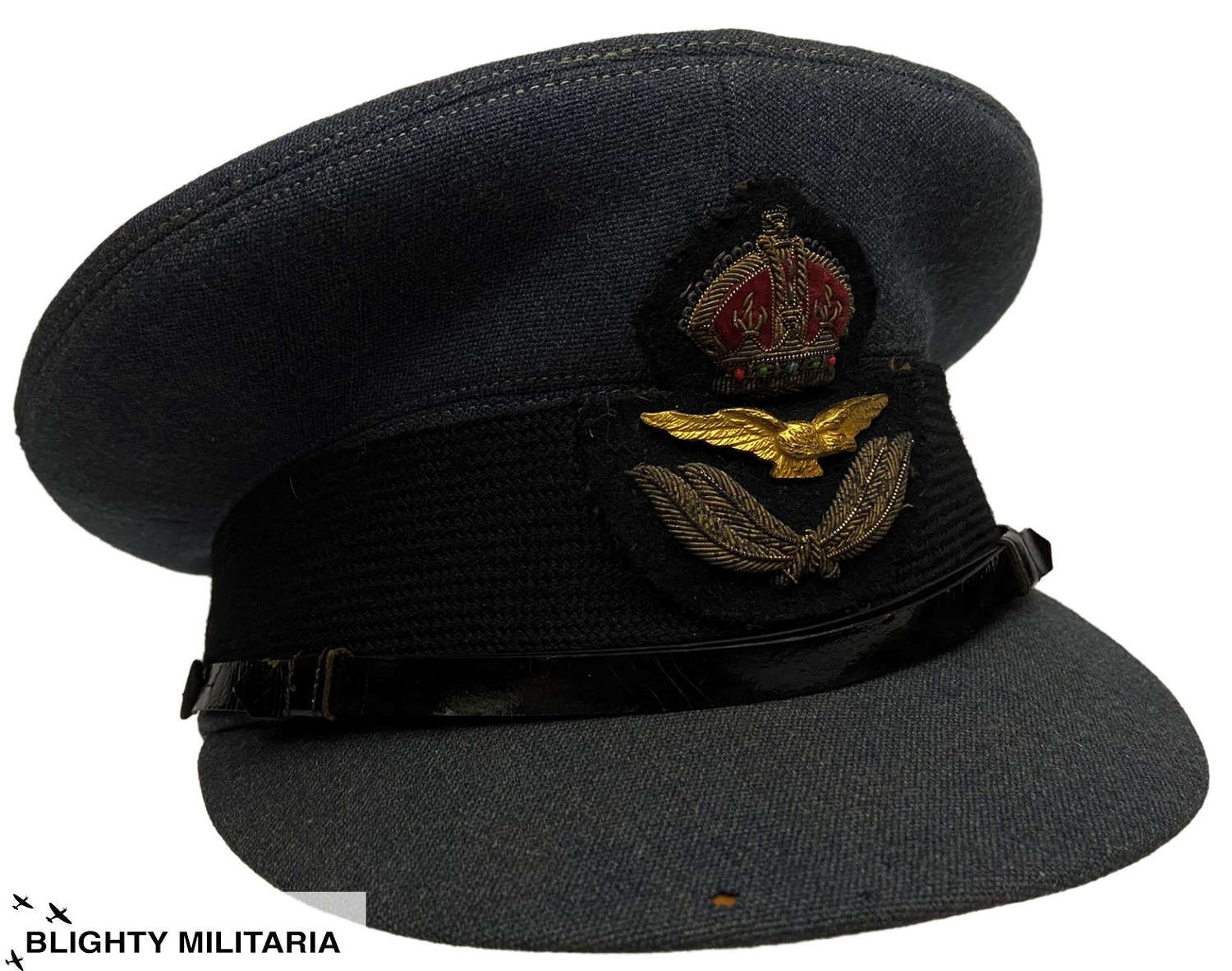 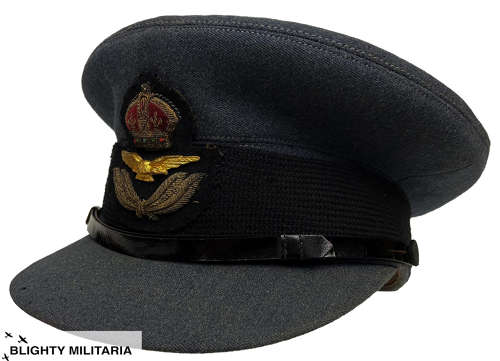 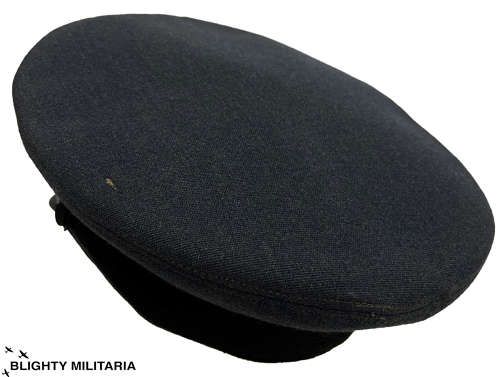 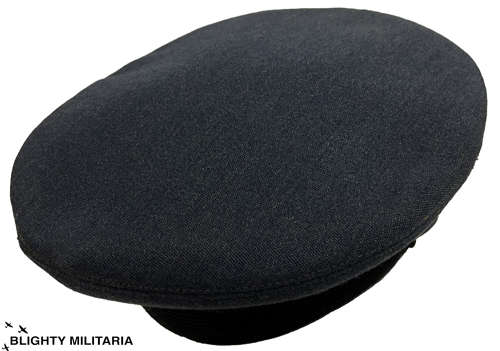 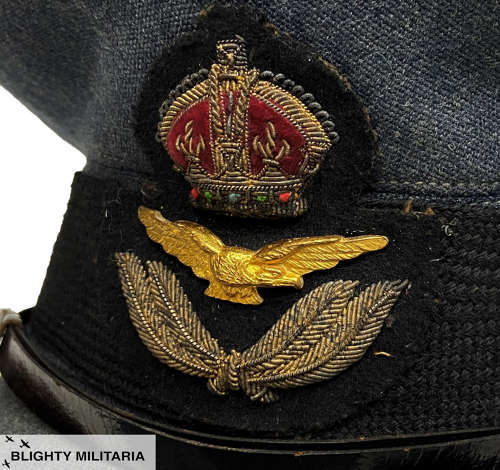 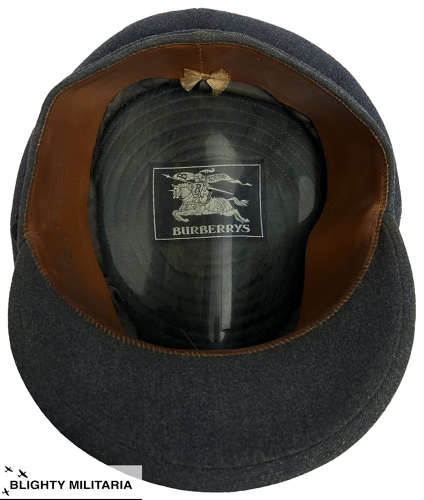 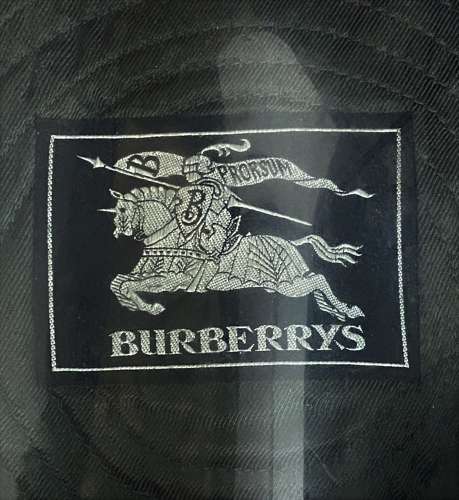 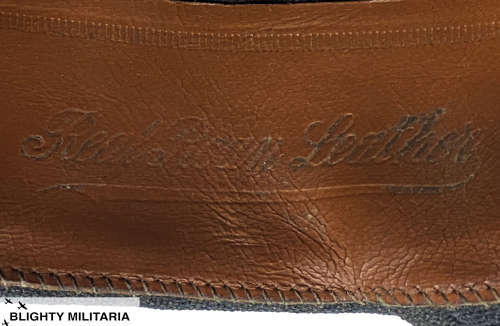 A nice original Royal Air Force Officers Peaked Cap made by 'Burberrys' in the 1940s.

This pattern of cap was worn by RAF officers in the pre-war period and well into the postwar years. As it is a private purchase item it is impossible to date exactly but based on the shape and label it is WW2 period. It features a Kings crown bullion cap badge and a narrow, black coloured patent leather chinstrap which is held in place with black coloured cloth covered buttons. It has a tall, stiff shape which was popular at the beginning of the war before the 'crusher' style gained popularity throughout the conflict.

The interior of the cap features a leather sweatband which is marked 'Real Roam Leather' as if often found on caps made during this period. The makers label is also present and features the name of 'Burberrys' along with the graphic depicting the equestrian knight which is usually found on Burberry labels. The original plastic sheet is still fitted inside the cap behind which is a stitched quilted lining of good quality, as is to be expected from this maker.

The hat measures at approximately 22" around the inside circumference of the sweatband so will fit a size 7 head well.

The overall condition of the cap is very good and it does not appear to have seen much, if any, wear. It is a very clean example with the blue barathea wool still retaining its deep blue colour etc. There is however a small moth nip to the peak and another to the top of the crown as detailed in the pictures. Please study the pictures before purchasing and remember that this is a vintage, pre-owned item.

A nice original example of an RAF officers hat with a classic label.