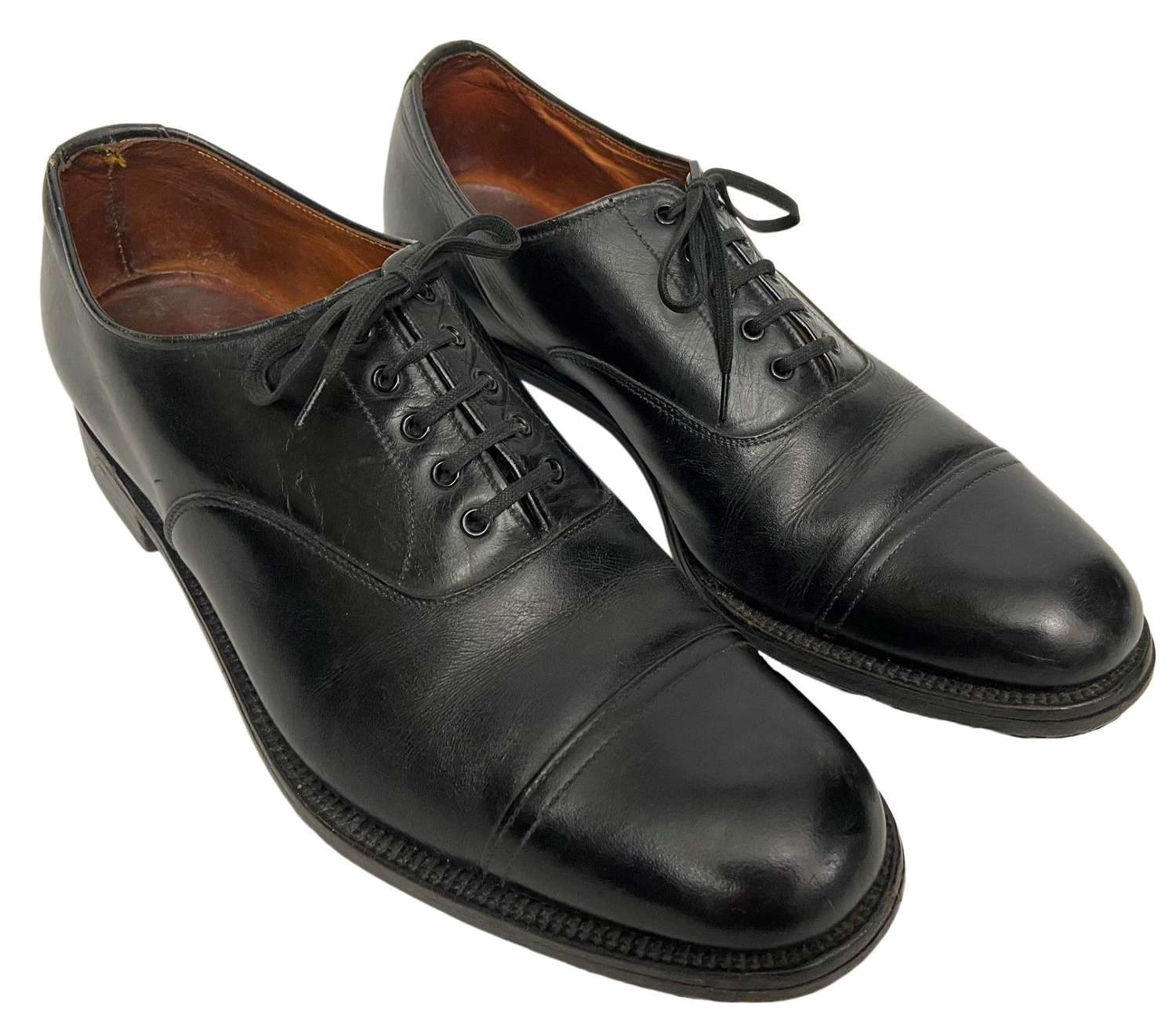 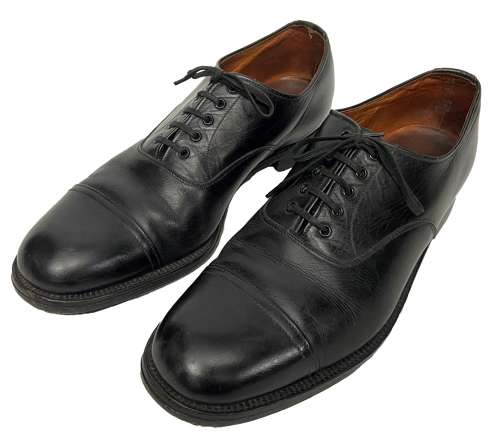 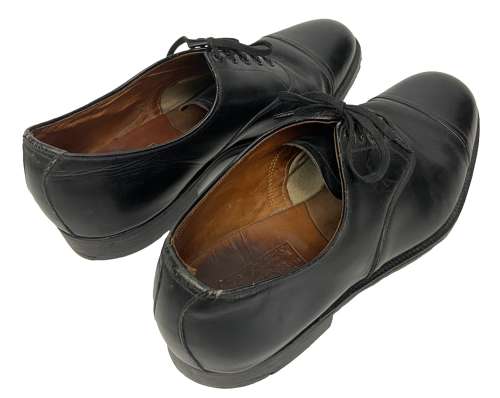 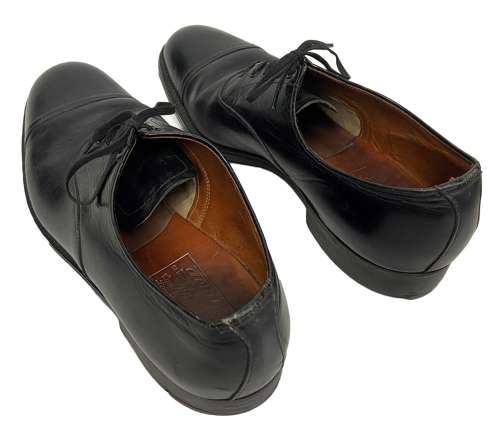 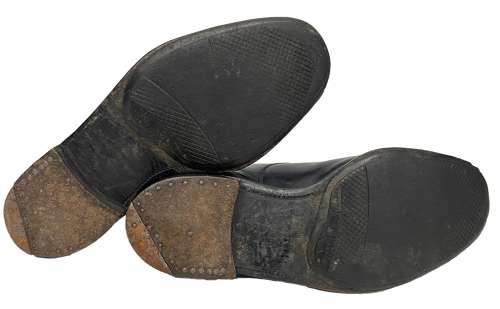 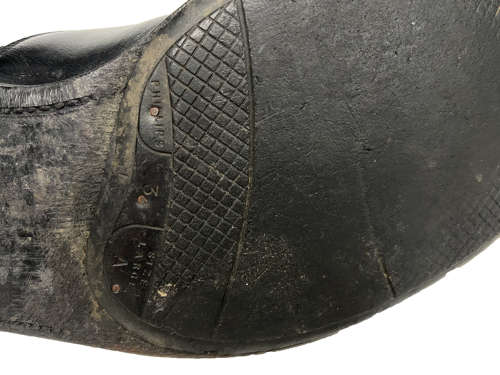 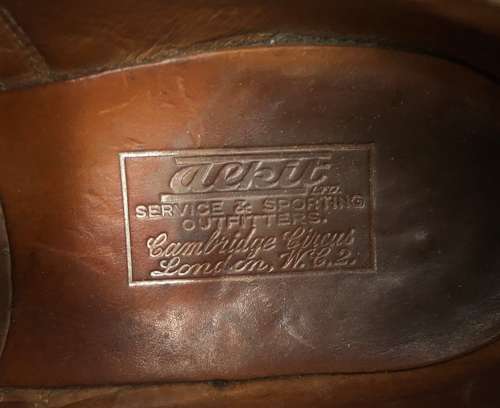 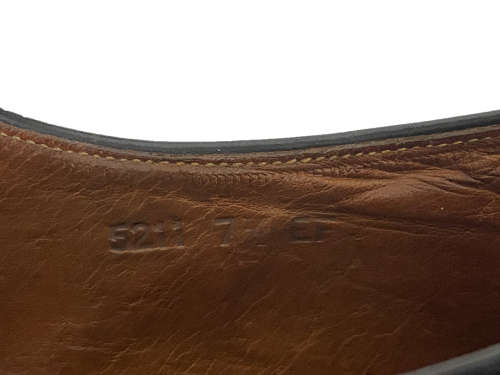 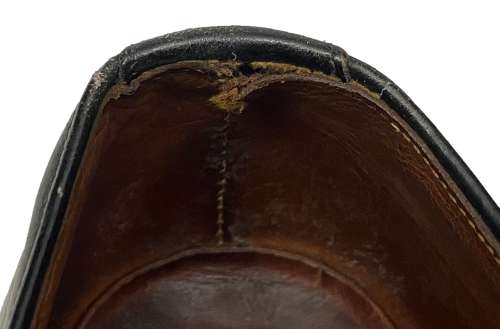 Alkit were a prolific manufacturer of uniforms for the British Army and, in particular the RAF during the Second World War and in the immediate post-war period. The construction and markings to the interior of the shoes is typical of those made during WW2 but being a private purchase item they are impossible to date exactly.

The shoes are a typical black oxford featuring a plain black upper with toe cap and leather sole. What appear to be the original laces are fitted through the 5 eyelet design and leather soles and heels are located to the bottom of the shoes. The sole features a 'sole protector' made by 'Philips' who were a prolific maker of such items during the 1940s. The soles feature a blakey heal - a common feature of military footwear.

The shoes are in good condition and display well as can be seen in the pictures. There are some signs of wear and use which are to be expected of an original period item. Please study the pictures for the best idea of the condition.

Altogether a nice example of a hard to find RAF officers uniform item.