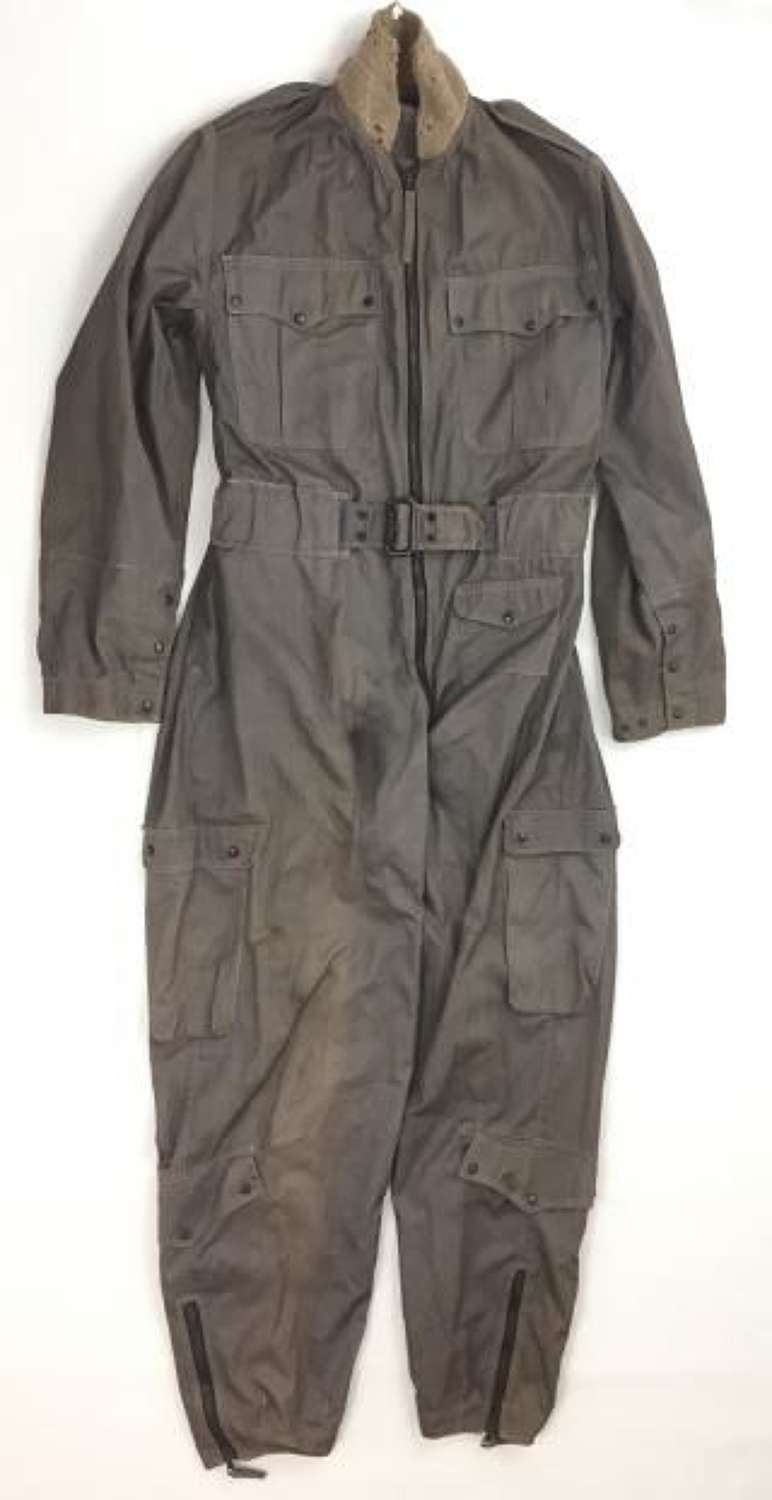 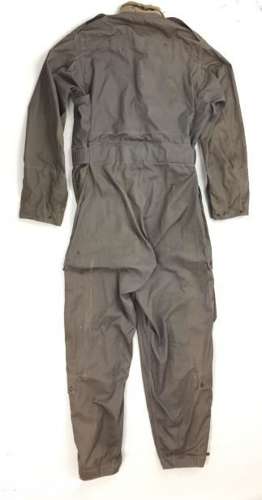 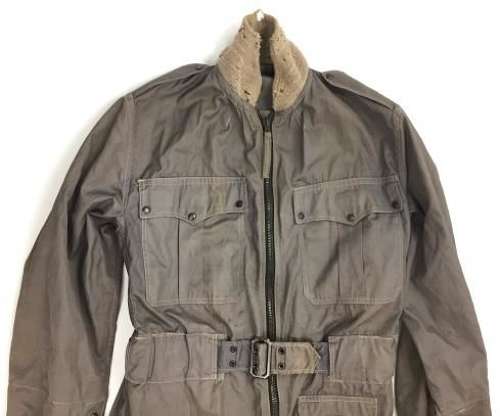 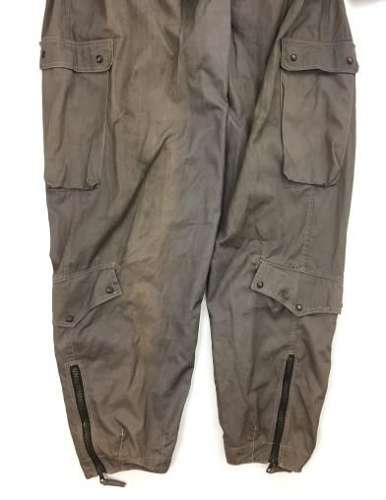 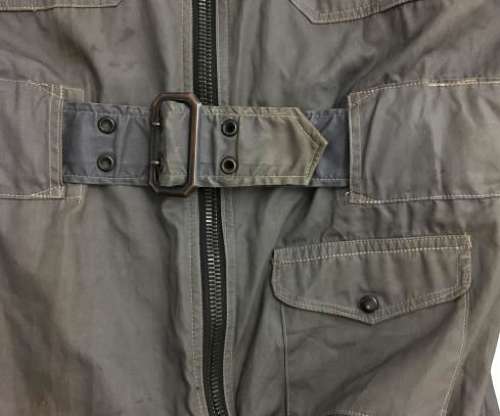 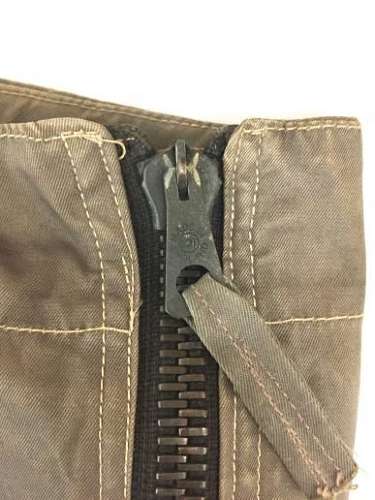 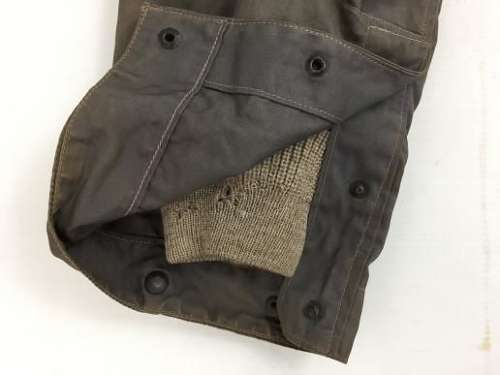 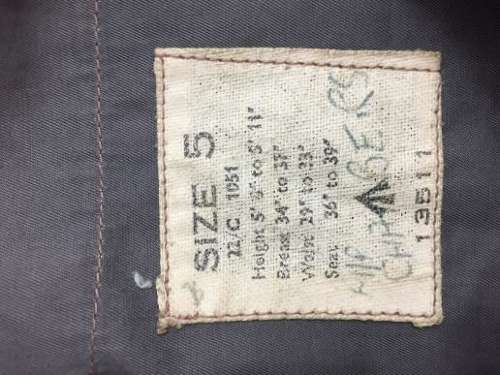 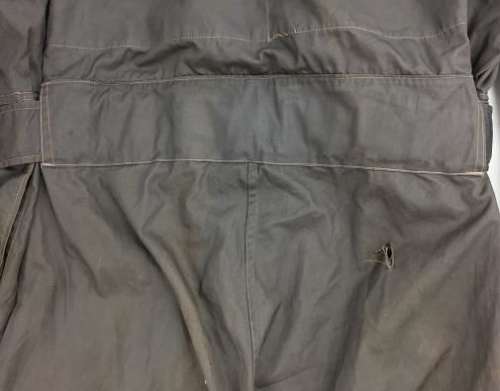 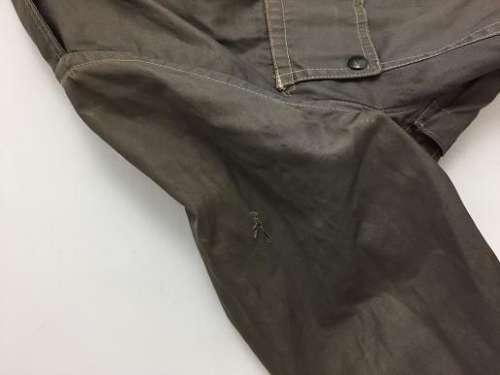 SOLD
An original RAF Beadon Flying Suit made from Ventile cotton in a size 5 which is denoted by the RAF stores code 22C/1051.

The suit is made from ventile cotton and most be the earliest example of this being used in the RAF. It was used later on the MK1 flying suits as well as the ventile smocks and trousers but I believe this is it in its earliest form. It also features zips with broad arrow markings as was standard for this pattern and knitted cuffs inside the sleeve and a knitted collar.

The condition of the suit is good but it has clearly been worn and has numerous stains and marks to show this. There are also a few small tears to the fabric and there is some moth damage to the collar. Overall however it still displays nicely.

This suit belonged to Stanley Ronald Chambers who flew with 81 Squadron and 165 Squadron during the war amongst others including PR Spitfires. He joined the RAF in 1937 and worked his way into Aircrew training by 1941. He then went on to fly a variety of aircraft with different squadrons including Spitfires.

All in all a nice original early RAF flying suit with some fantastic history which would be compliment any RAF collection without a doubt!