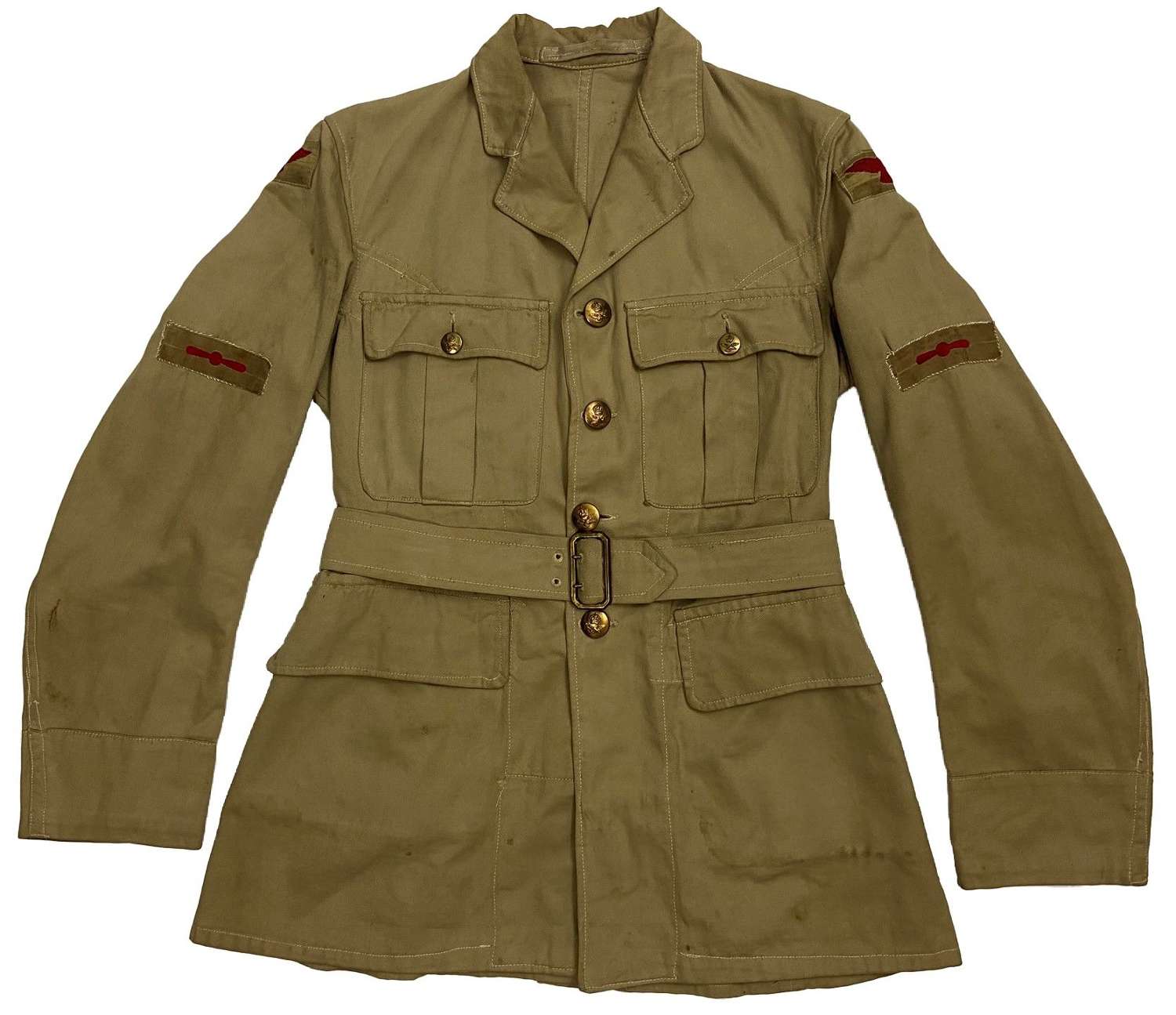 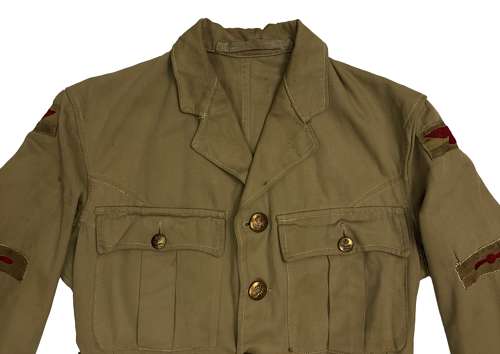 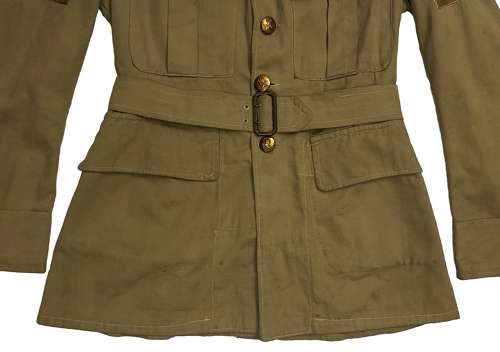 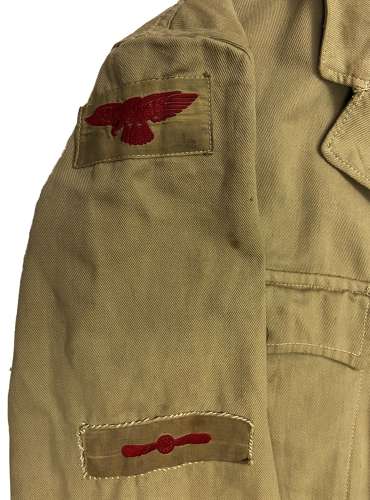 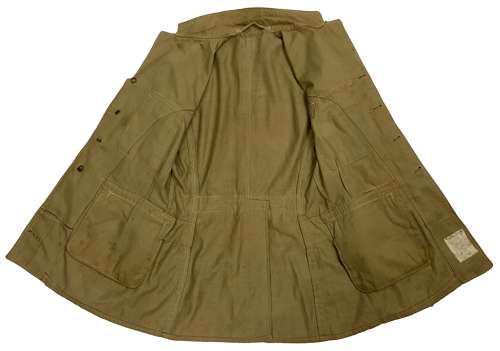 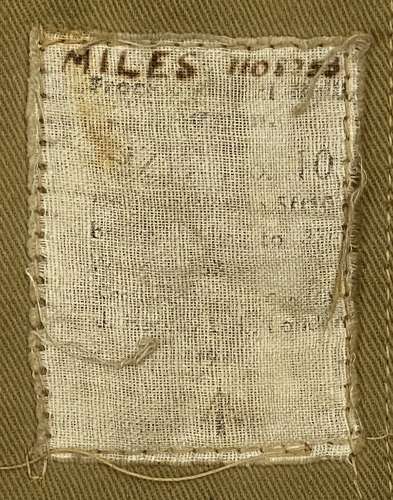 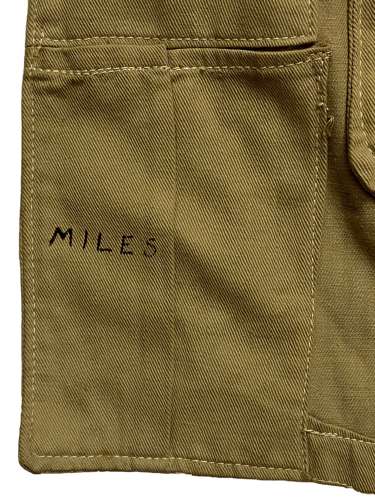 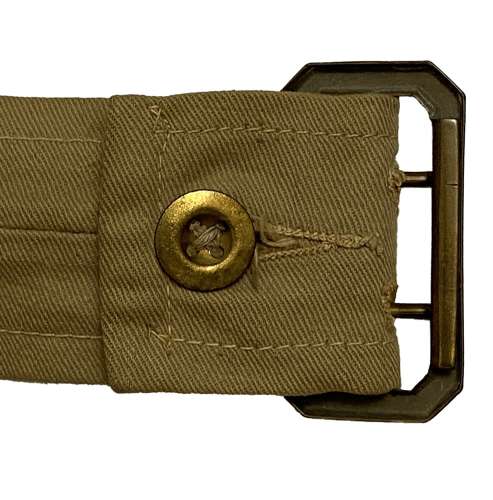 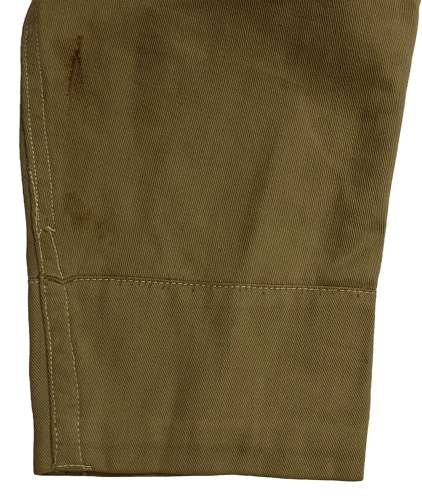 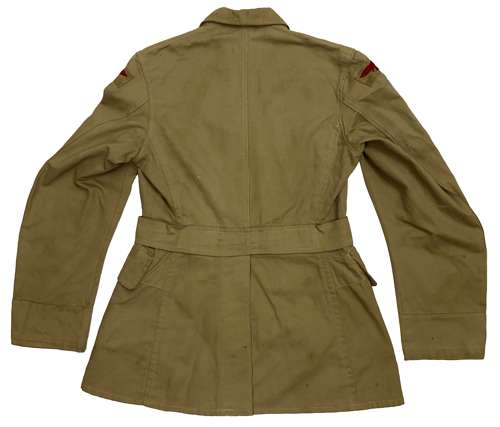 This tunic is the early Khaki Drill Ordinary Airman's tunic which features a French cuff. Like its blue serge wool counterpart, this feature is only found on early production models and was discontinued in the middle of 1940 as an austerity measure which dates the tunic to 1938-40.

Inside the jacket the original label is still present and whilst worn is still somewhat legible. The size can be read as No. 10 which is designed to fit a 37-38" chest. The war Department broad arrow is also visible but sadly all the other details are no longer visible.

The owner has marked his name and service number to the top of the label which reads 'Miles 1108253'. He has also added his name again to the First Field Dressing pocket which is found inside the skirt of the jacket.

The jacket has clearly been issued and seen plenty of wear. There is staining and marks to the jacket and it is in far from perfect condition. This is a jacket which has been worn on active service and whilst it is in sound condition and perfectly wearable, it does show signs of use. Please study the pictures before purchasing.

A rare example of this early war pattern of RAF Khaki Drill jacket which would make a great addition to any collection.