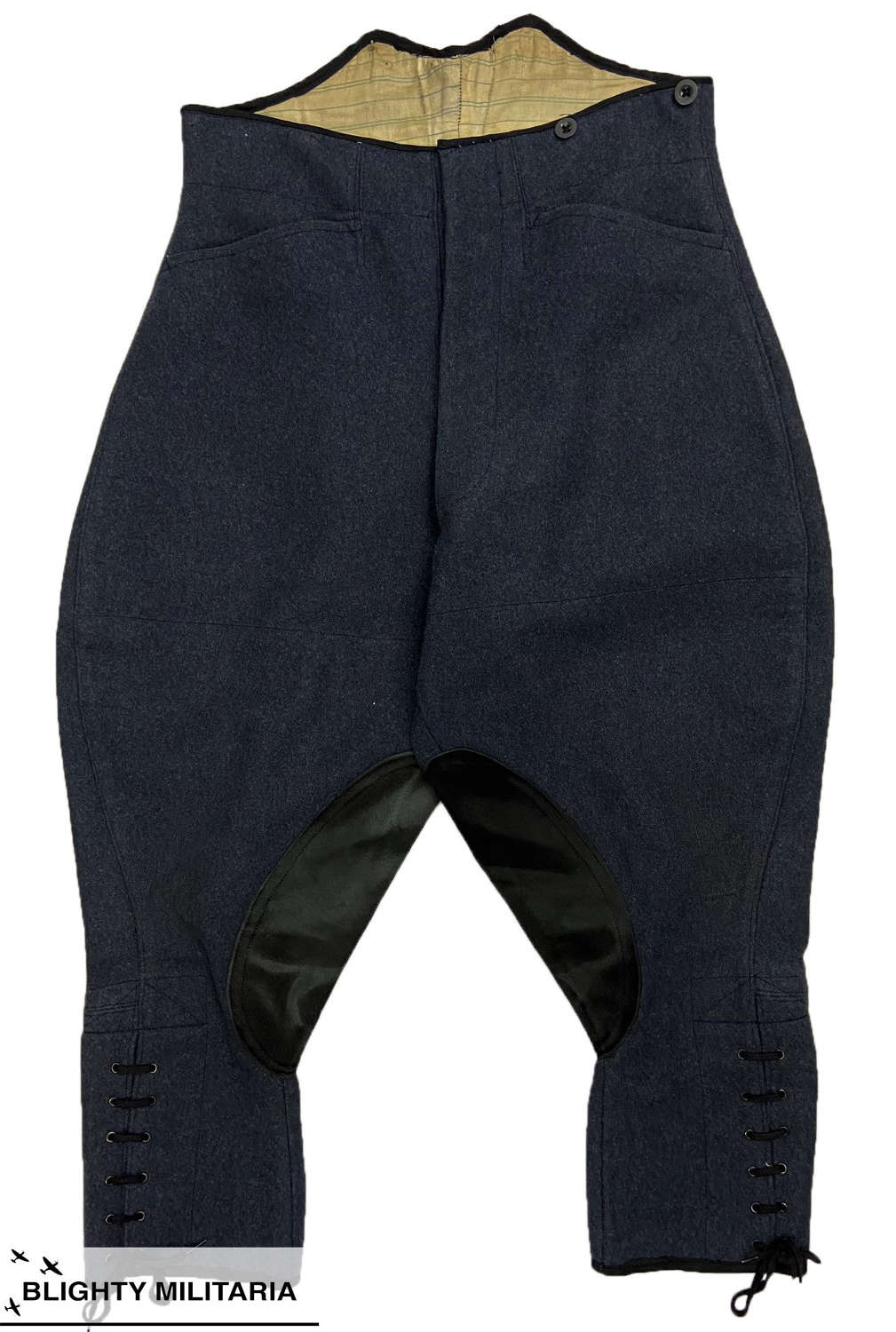 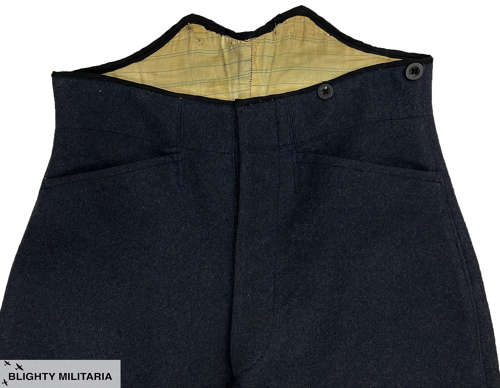 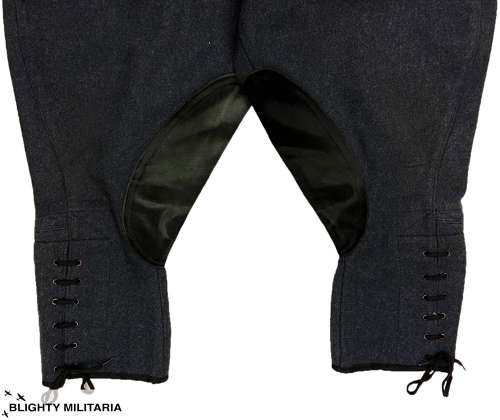 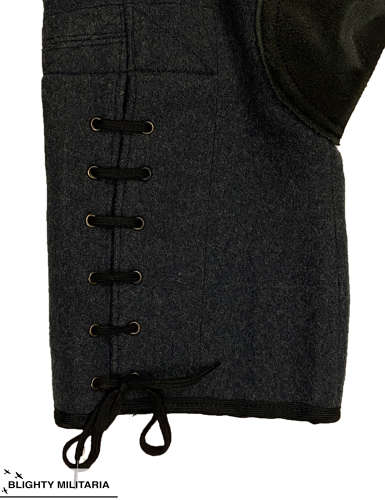 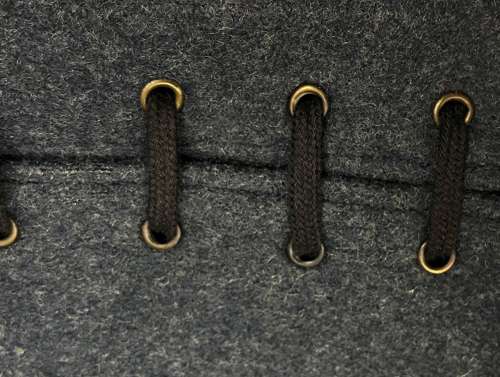 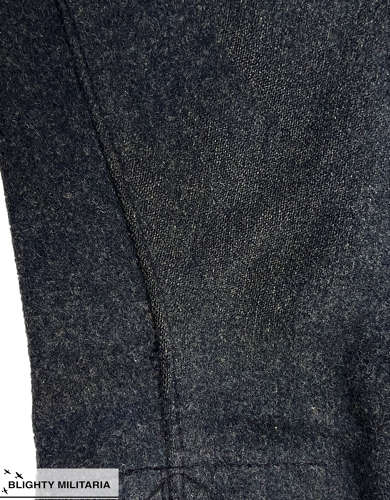 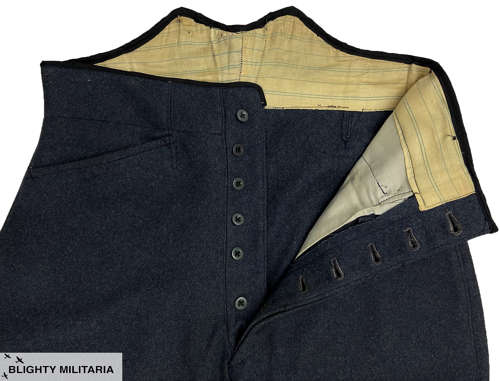 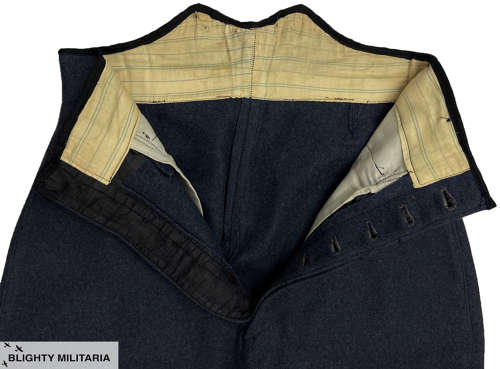 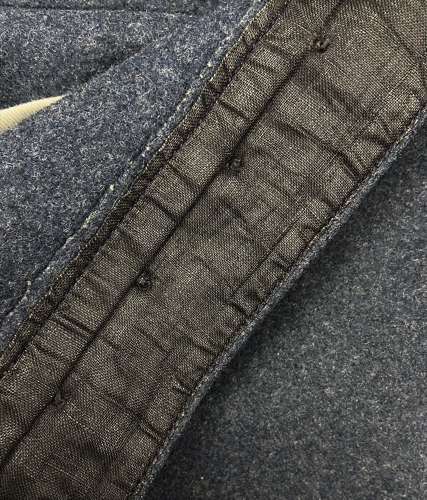 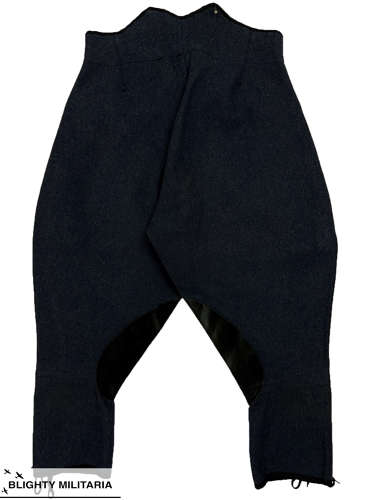 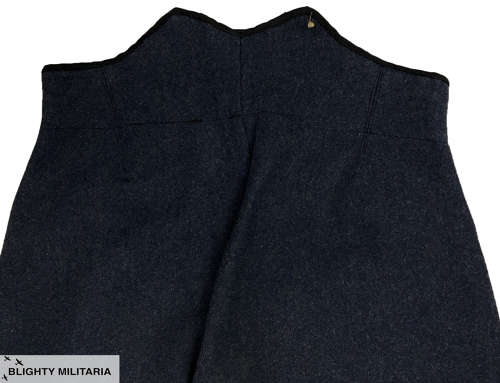 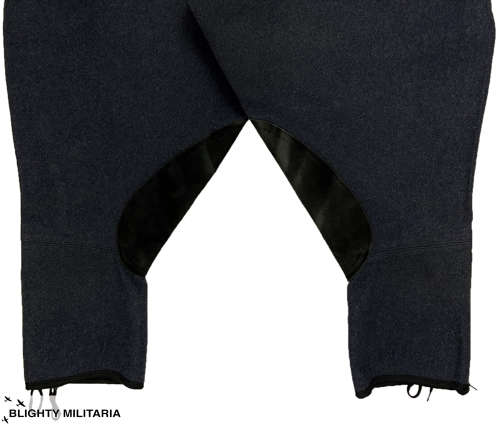 Breeches were worn by many ranks of the RAF from it's creation in 1918 up until the beginning of the Second World War. This particular pair are interesting as they are clear of inter-war construction and have plenty of signs of service wear but are not completely typical of items made for the ranks. They are made from an RAF blue serge wool, as was standard issue for Ordinary Airman for many years. They feature a high rise waist with button fly and laces to the legs which pass through black painted brass eyelets. Frogmouth pockets are located to the front which are again typical and black buckskin patches are fitted to the inside of each leg. The material used to back the fly (picture 9) is typical of early items made during the Great War and the 1920s as is the lining inside the waist. The striped material however is more typical of private purchase items made for officers, as is the black binding fitted around the top of the waist and around the opening of each leg.

The breeches are in good condition overall and display well. There are signs of service wear and the nap of the serge has been heavily worn in places. Some of the brace buttons are missing and there is a hole to the rear where one of the brace buttons has torn the fabric. Whilst far from perfect they are very wearable and have an honest, worn look to them.

An interesting pair of pre-war breeches which are clearly original but with some non-standard features.