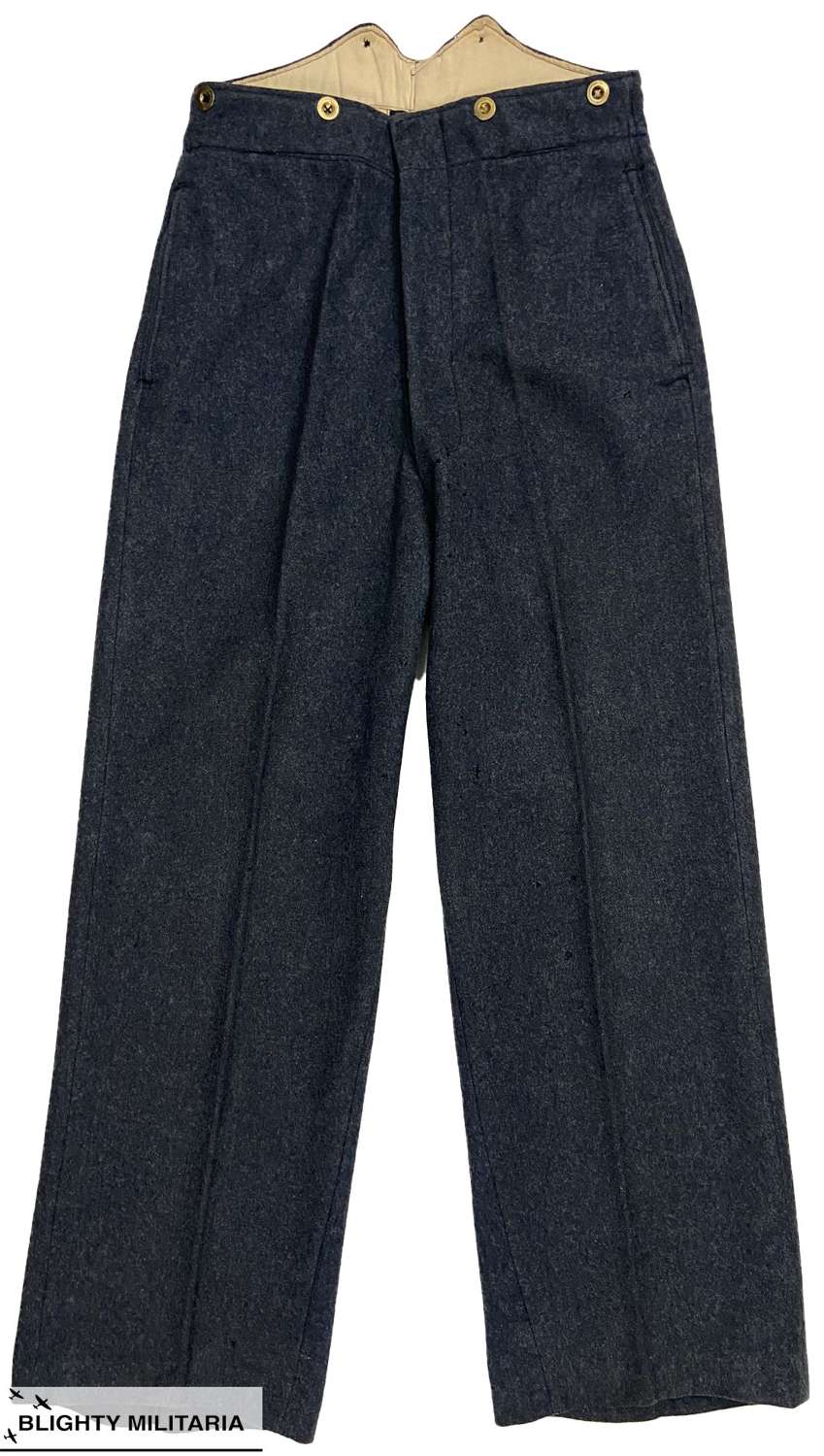 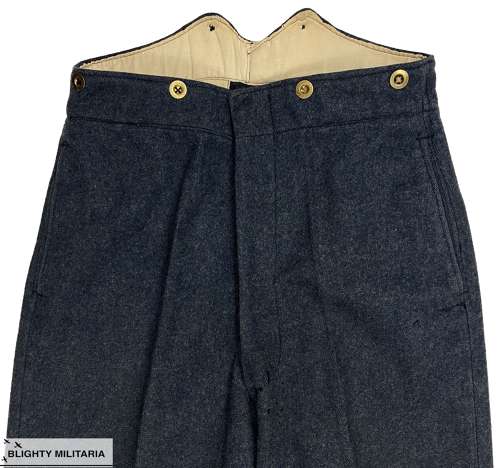 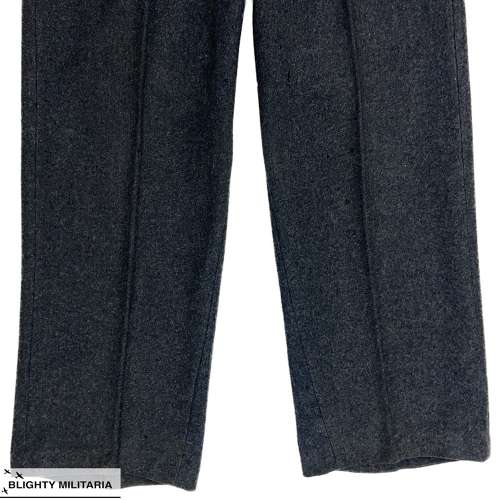 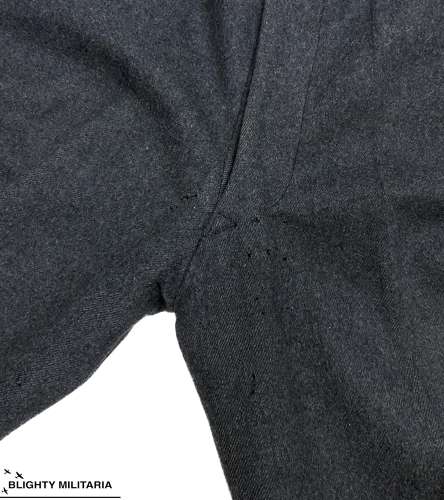 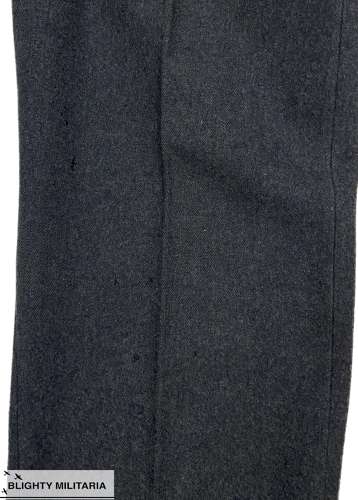 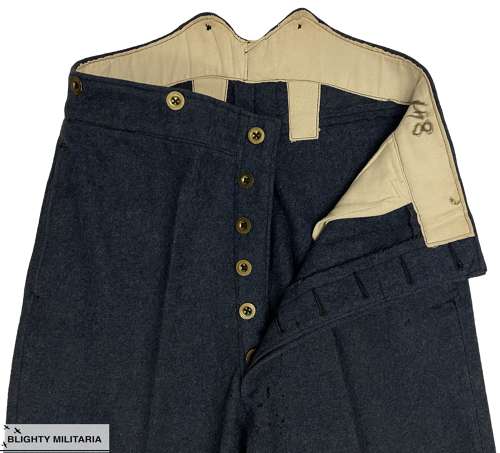 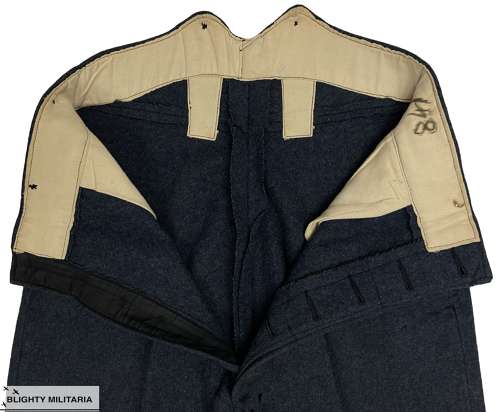 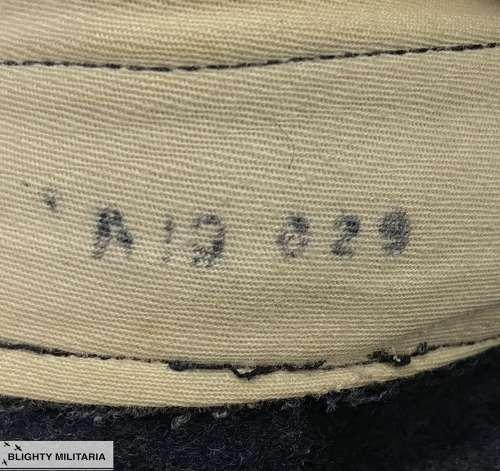 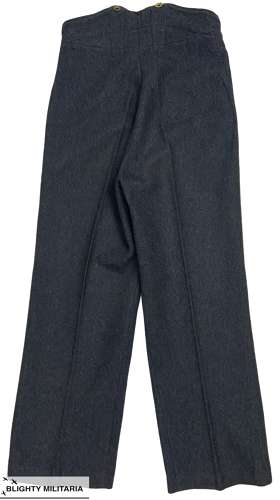 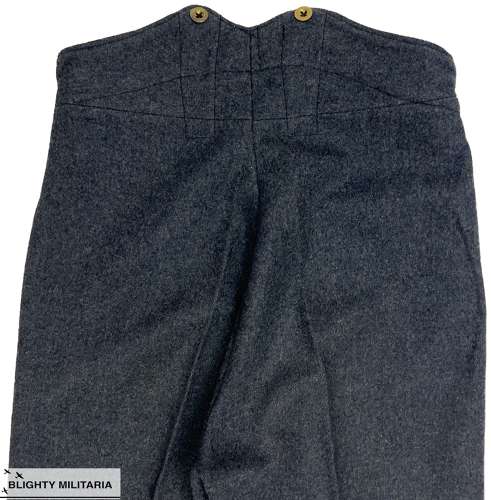 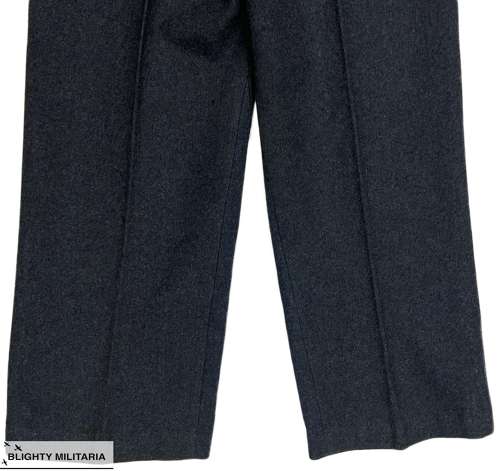 An original pair of RAF Ordinary Airman’s Trousers dating from the first half of the Second World War.

This particular pair of trousers have the usual attributes which are associated with early war manufacture RAF OA Trousers. They feature a white lining and brass buttons to both the fly and around the top of the waist to which braces can be attached. The white lining and brass buttons were not seen later in the war as the lining was changed to an indigo blue colour and the buttons to black plastic. This change dates these trousers to being a guaranteed wartime manufactured pair.

The original label is no longer present although there is clear evidence of where it was previously placed before. The only stamp to the interior is an RAF A.I.D stamp.

The trousers are in pretty clean condition overall but have suffered from moth damage which is reflected in the price. They display reasonably well and could be repaired. Please study the pictures before purchasing.

An original pair of trousers which are guaranteed WW2 examples. These would make a good addition to a collection or may suit a re-enactor.