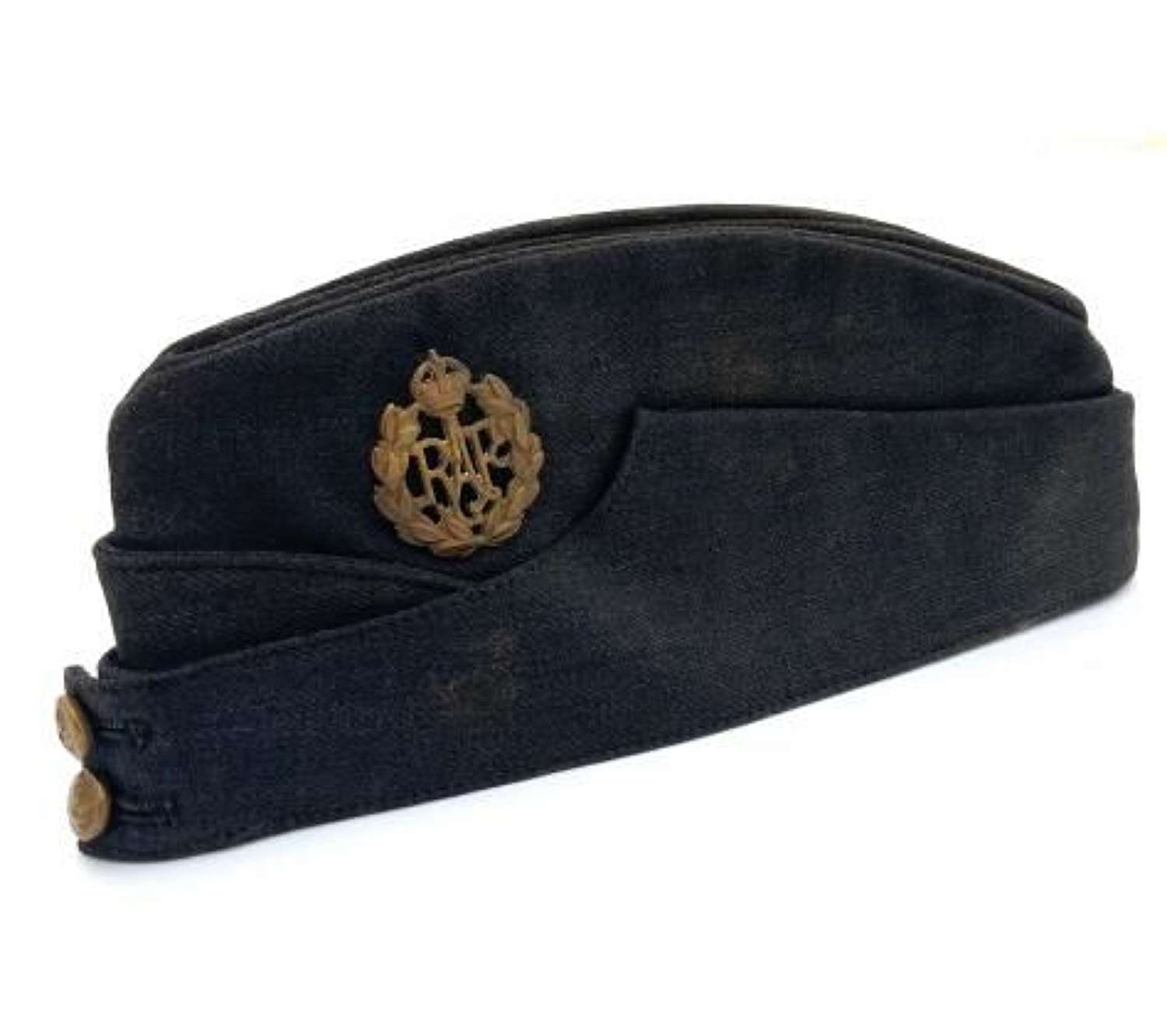 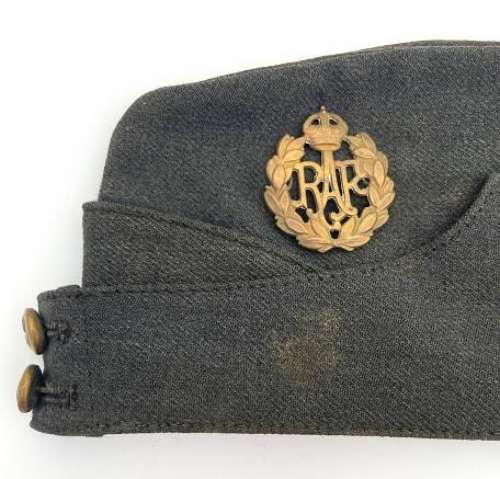 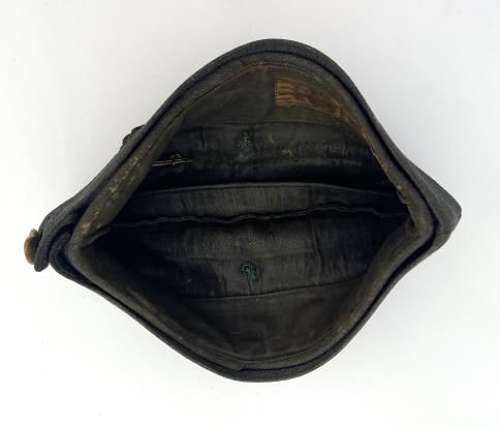 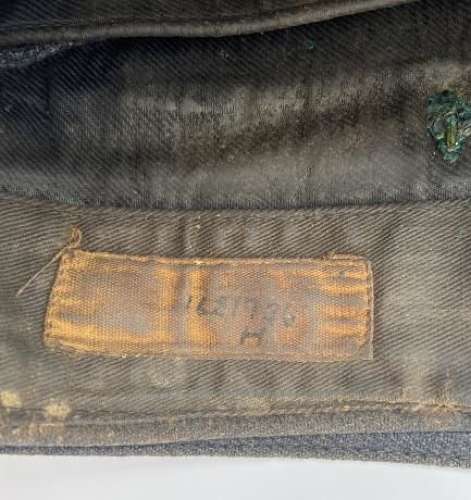 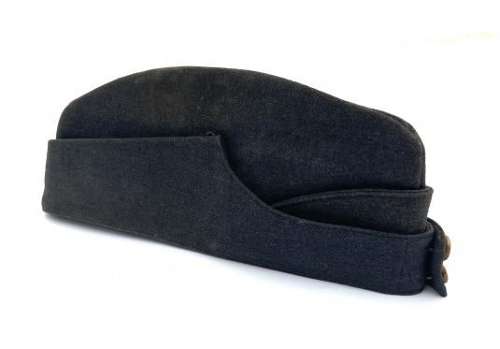 Inside the cap the original manufacturers label is still present and is the early white tape style only seen before 1941 and indicates that the cap is of early manufacture. Sadly the original markings have worn off but the airman's service number is still legible.

The size is no longer present inside the hat and it is a small example. I would estimate between a 6 1/2 and a 6 7/8.

The cap is in well worn condition and certainly has a 'been there' look about it. The nap of the serge on the exterior has completely worn down and there are plenty of stains and marks. The interior is covered in sweat and brylcreem. Overall it makes a nice display piece.

A good early example of a wartime RAF OA cap which would make a good addition to an RAF collection. This is how they would have looked!