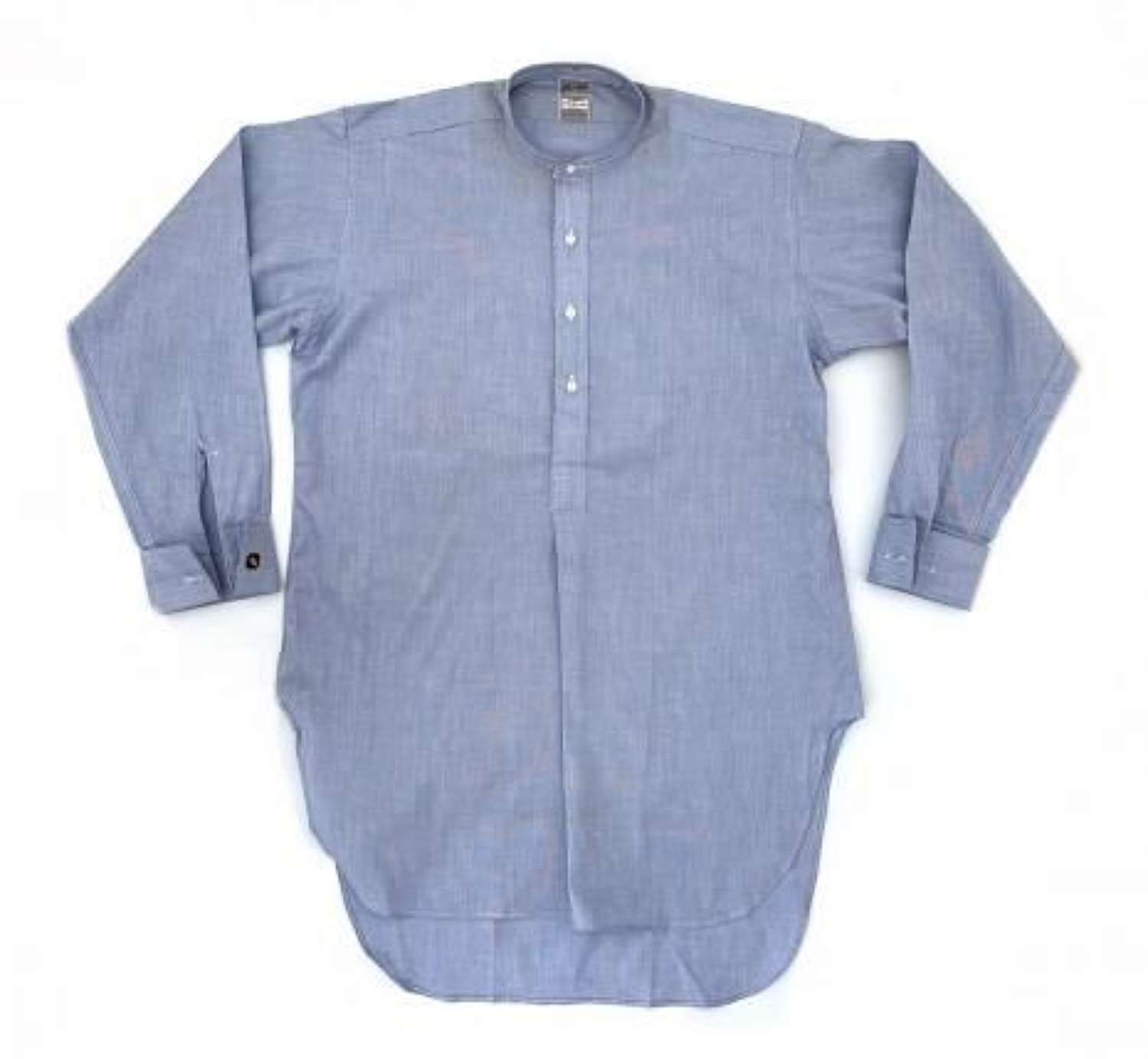 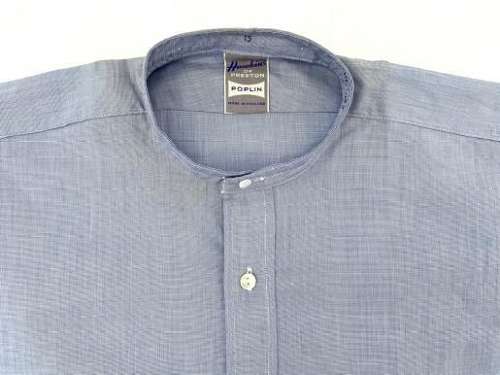 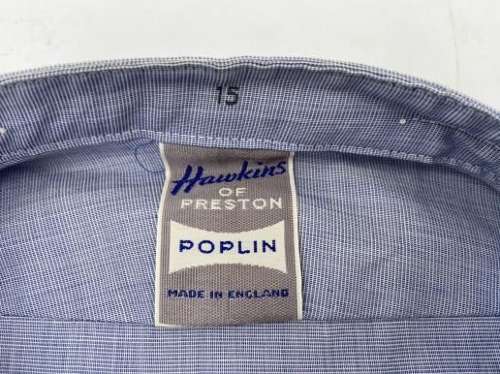 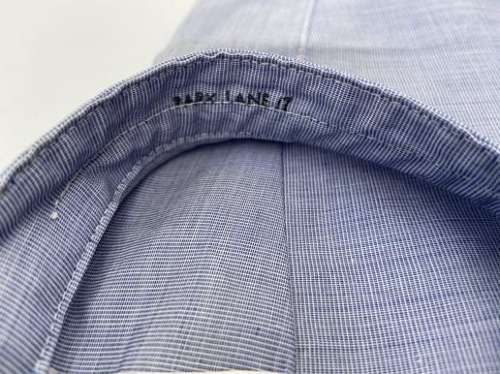 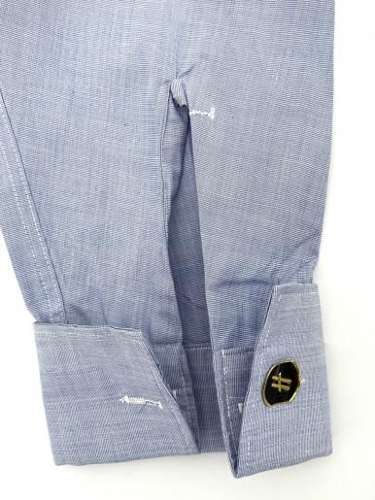 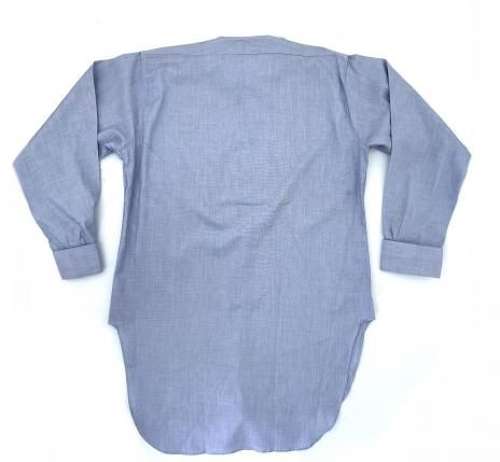 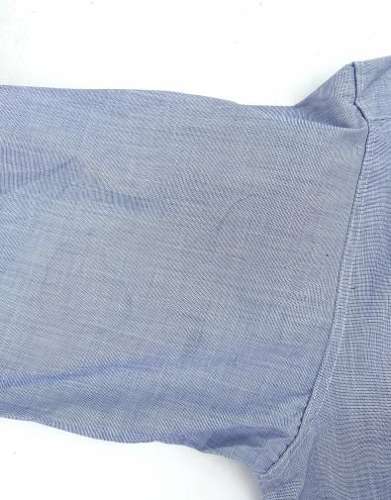 SOLD
An original RAF Officers collarless shirt made by Hawkins of Preston in the early 1960s.

This shirt is identical to those used during the Second World War by officers in the RAF making it ideal for a WW2 display or re-enactment. The shirt is a half front, or tunic front, style as was popular in the first half of the 20th Century in Great Britain. By the 1950s this style was seen less and less with full buttoning, more fitted shirts becoming the norm.

The shirt is made from blue end on end cotton which was the regulation material used for making RAF officers shirts. It features a neckband collar to which a separate collar can be attached and has french cuffs which fasten with cuff links.

Inside the neck of the shirt the original label is still present and is typical of the late 1950s and early 1960s in design. It states the makers name as well as that the shirt is made from Poplin which was a popular type of cotton used for shirting in the mid century period. Above the label the neck size is stamped as 15 and a second stamp reads 'Park Lane 17' which may refer to the style.

The shirt is in new old stock condition and has clearly never been worn. One cuff still a cardboard imitation cufflink with the brands logo on which it would have had when in the original packaging. It does however have some marks from storage which are detailed in the pictures.

All in all a nice original shirt which could easily pass as a WW2 example aside from the later label. Ideal for the collector and re-enactor alike!