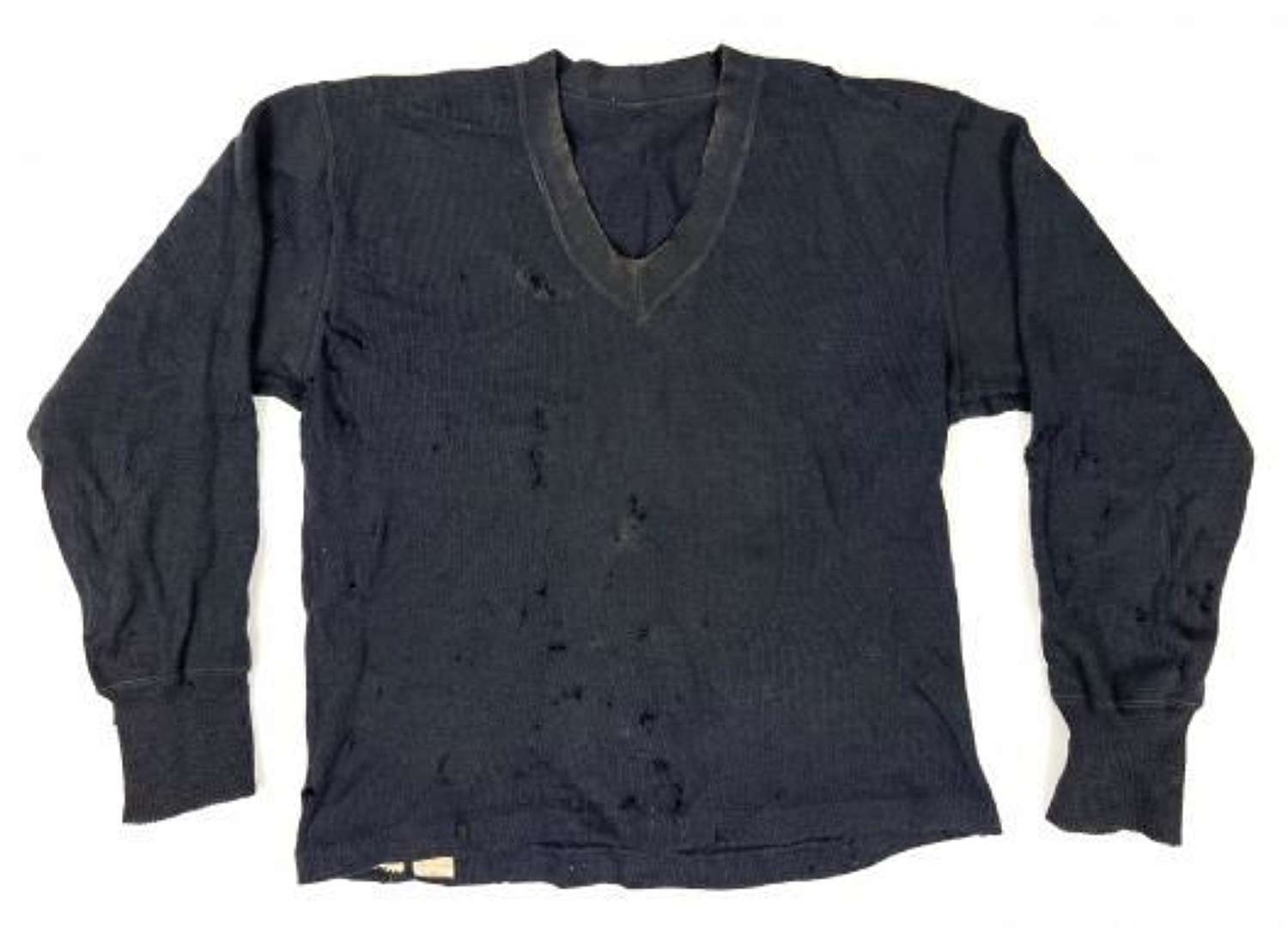 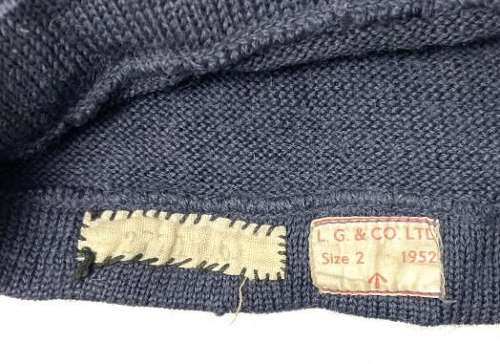 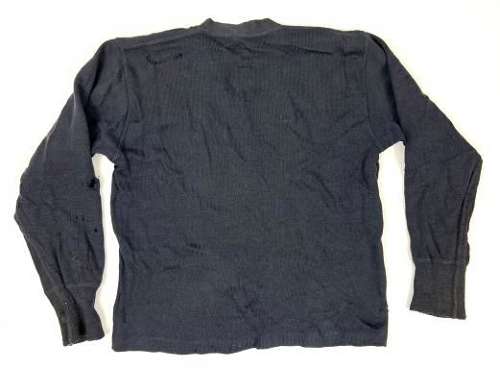 SOLD
A rare original 1952 dated example of an RAF jumper in poor condition.

This pattern of jumper was used during the Second World War and remained unchanged in the post-war years meaning this would be an acceptable stand in for a war dated example. They were issued to Ordinary Airman but were also used by officers and seen commonly worn by aircrew.

The jumper retains its original issue label which states the manufacturer as 'L.G. & Co Ltd' and the size as '2'. The 1952 date is present as is the War Department broad arrow marking. To the left of this label is another which has been added by the original owner and bares his serial number in ink.

The jumper is a smaller size measuring 21" pit to pit meaning it would suit someone of around a 38" chest depending on desired fit.

Sadly, the jumper is in poor condition with a plethora of holes. This has been reflected in the price and could be repaired with careful darning and then worn, or displayed as is.

A rare opportunity to acquire this pattern of jumper.