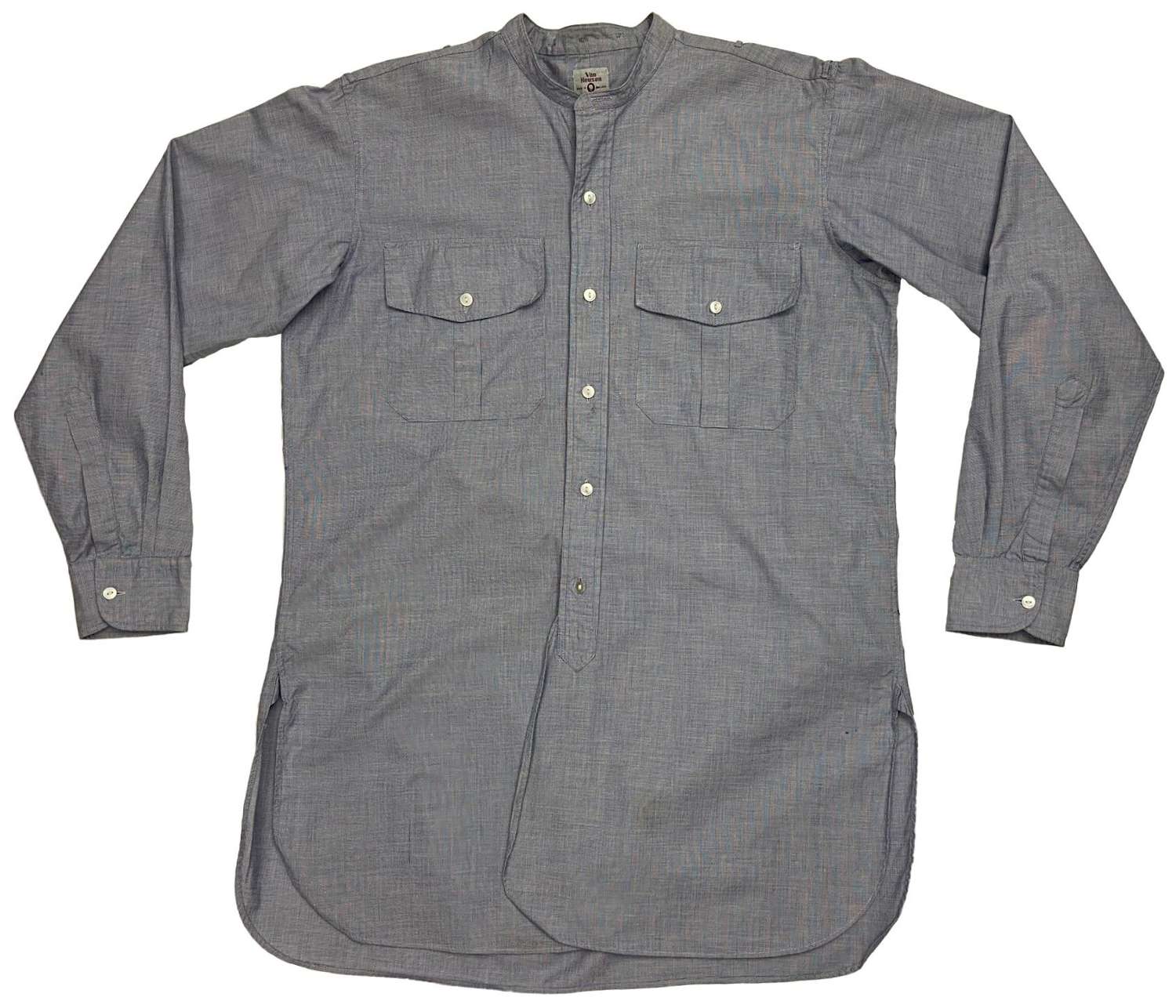 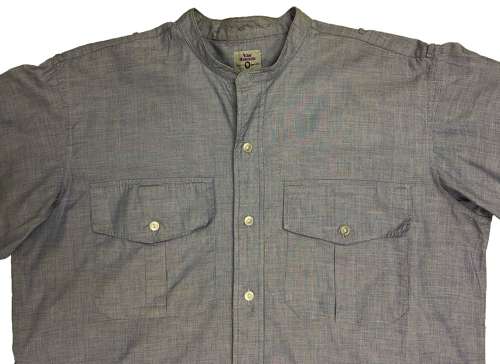 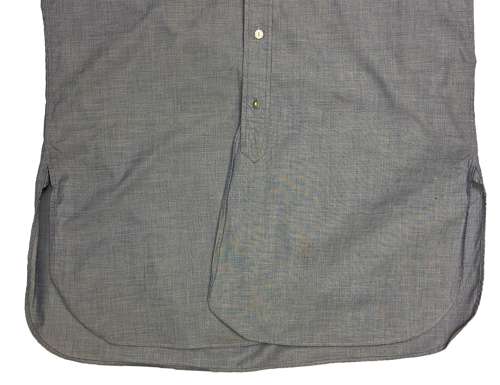 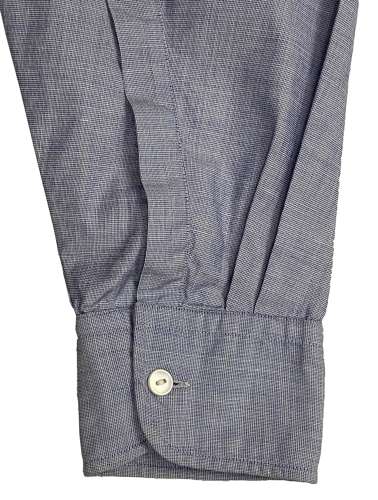 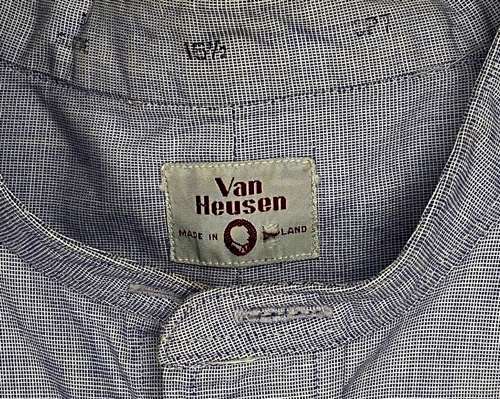 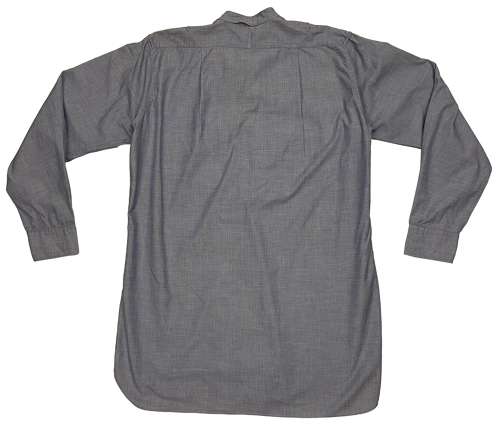 An original blue end on end cotton collarless shirt made by 'Van Heusen' in the 1950s.

This pattern of shirt was worn by officers in the RAF as well as by the police. End on end cotton shirts were used by both throughout the Second World War with this example being a later, 1950s version with full buttoning front. It features a neckband collar to which a detachable collar can be fitted. The chest features patch pockets and loops are fitted to each shoulder to which epaulettes can be fitted. The cuff is barrel style and fastens with a single button.

Inside the neck of the shirt the original label is still present and bears the makers name 'Van Heusen' as well as the words 'made in England'. The collar size is marked directly to the neckband and reads 15 1/2".

The shirt is in good condition with only limited signs of wear and age. This is a pre-worn item however so please take time to study the pictures before purchasing.