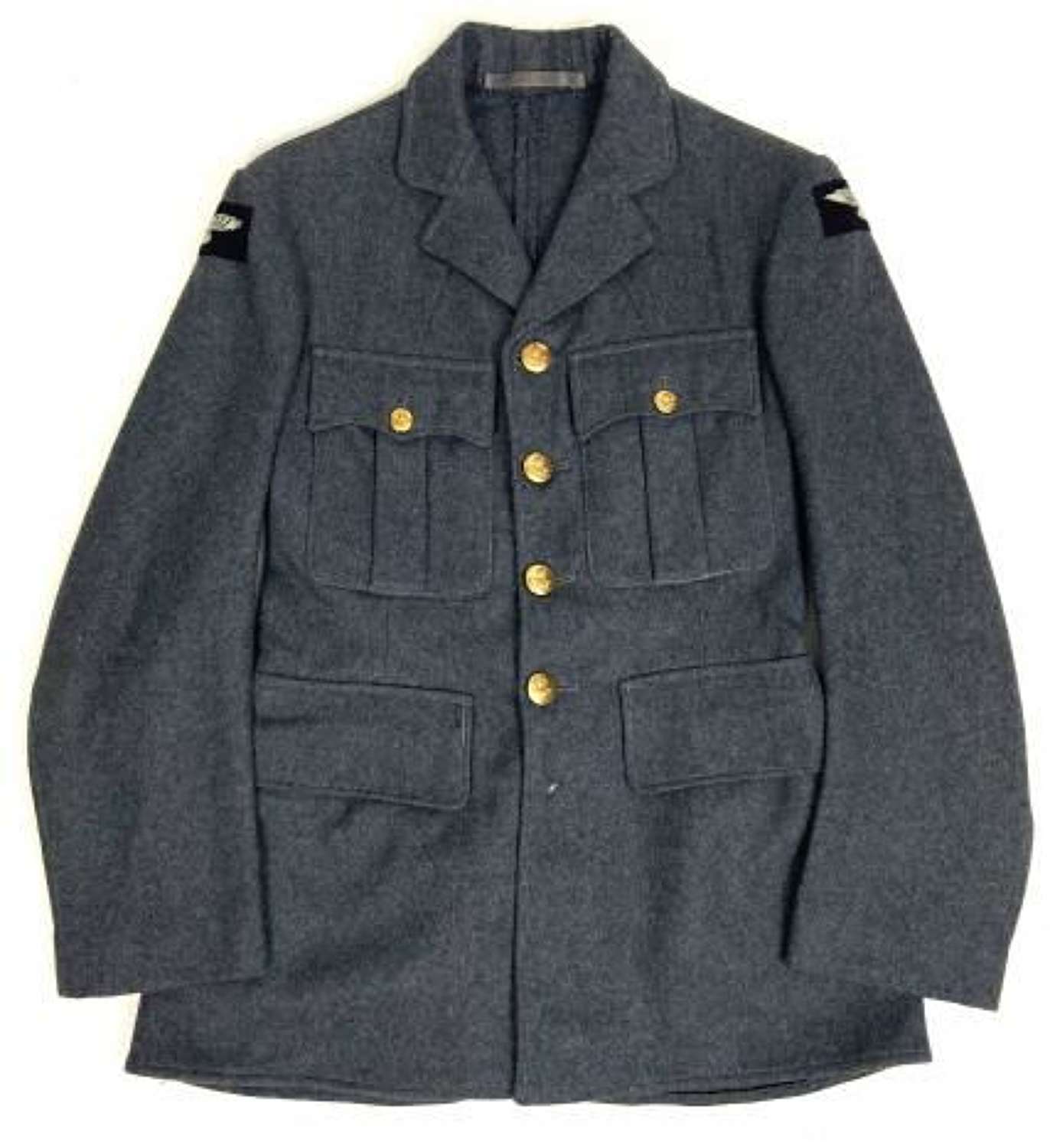 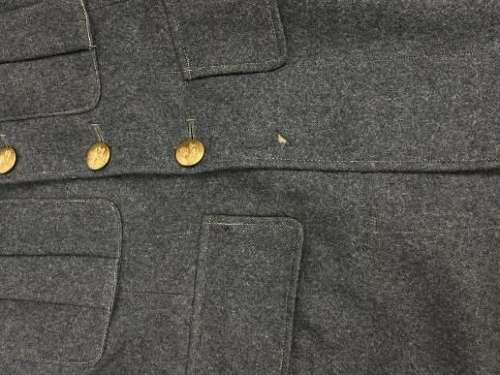 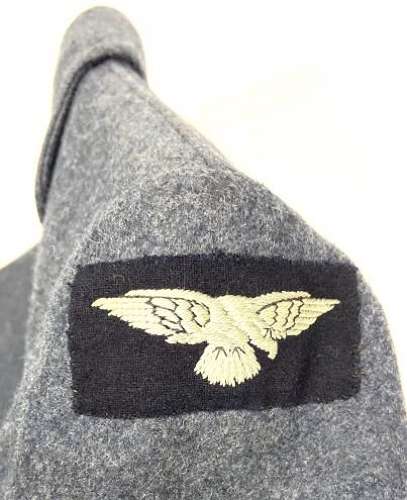 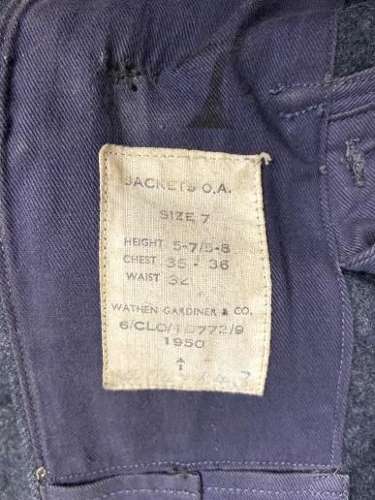 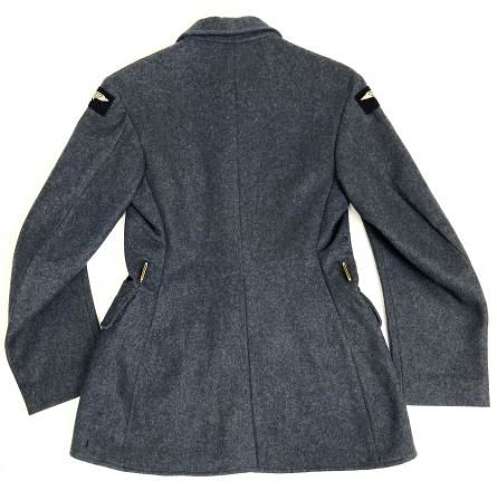 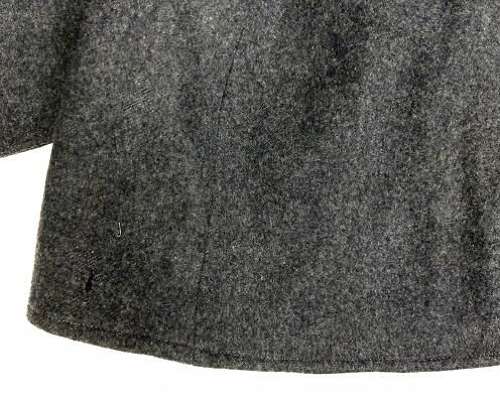 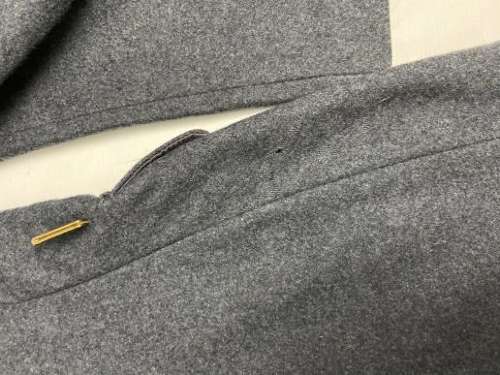 This original tunic was the standard pattern worn by all men in the RAF under the rank of sergeant throughout the Second World War. It features a complete set of original brass Kings crown buttons and Battle of Britain period embroidered shoulder eagles to the top of each sleeve.

Inside the jacket the original label is still present and reads 'Jackets O.A. Size 7' which will fit up to a 36" chest and a 32" waist. It also bears the War Department broad arrow marking and the 1950 date.

The tunic is in good condition for its age and displays well and has no major issues. There is however a hole the front and a couple of smaller ones to the rear, all of which are detailed in the pictures and could be repaired. Aside from this the tunic is a good clean example.

Altogether a good example which would make a good stand-in for a wartime dated jacket as it is identical.