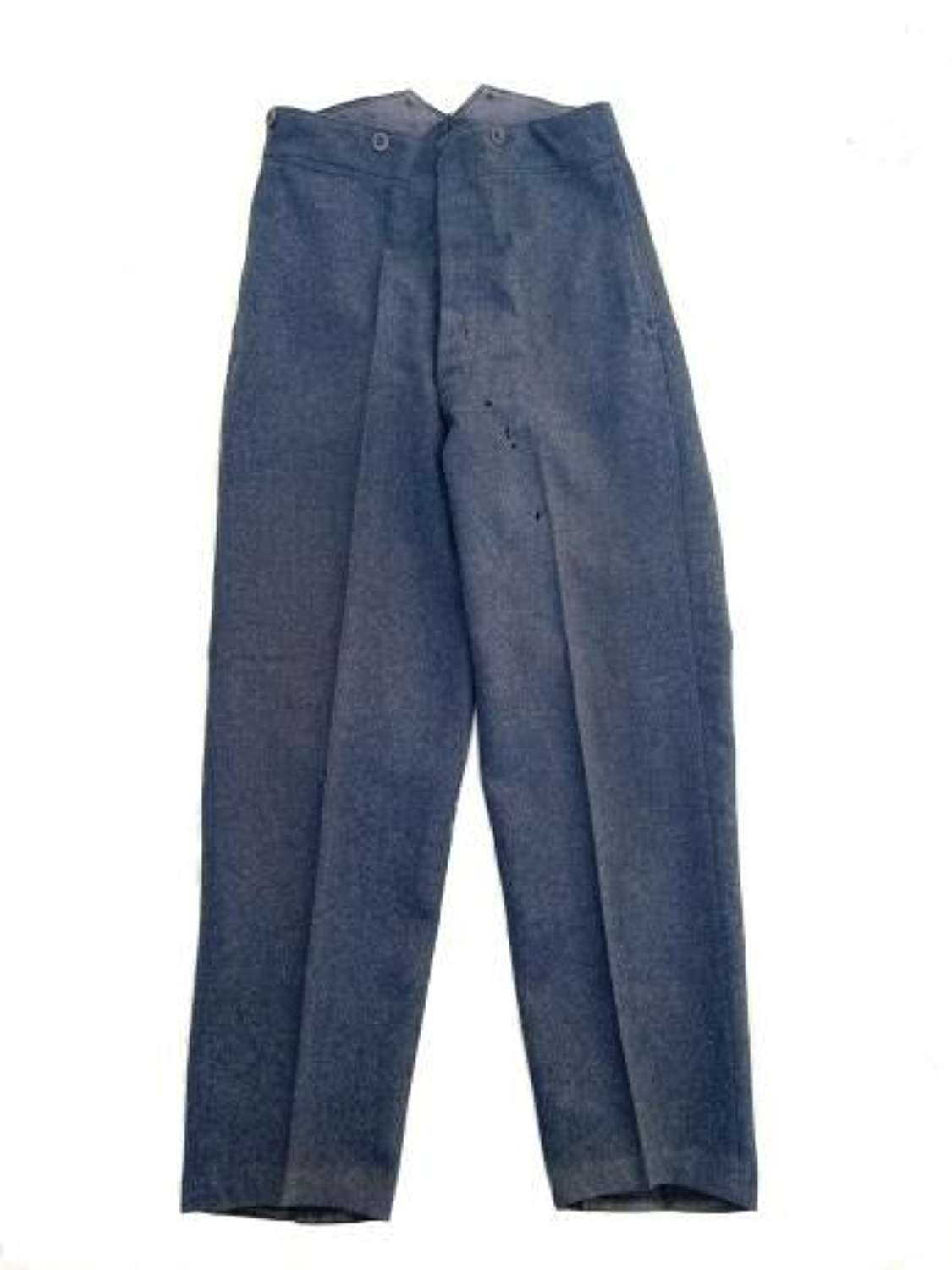 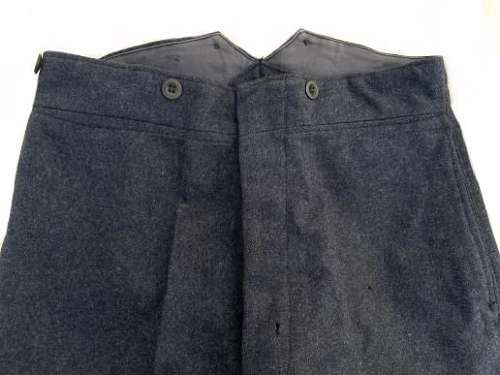 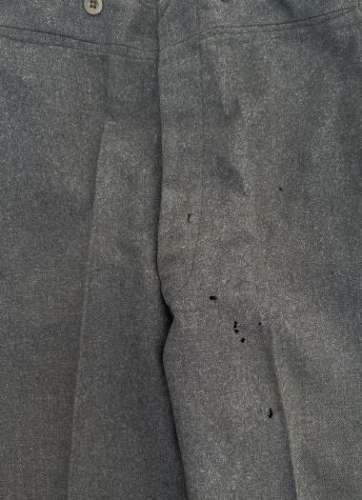 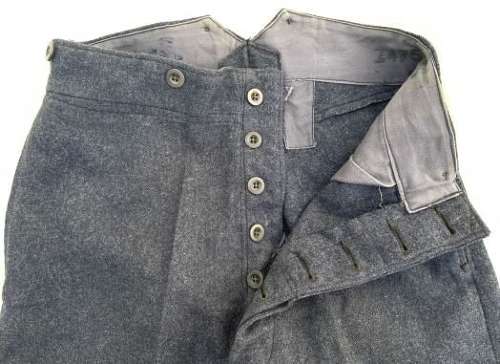 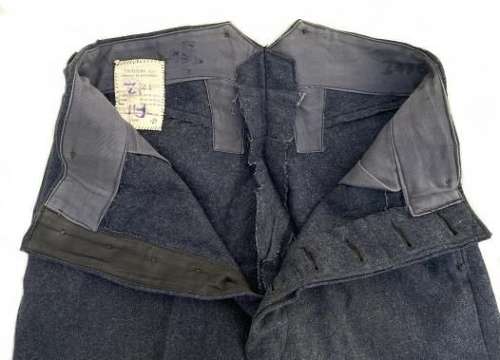 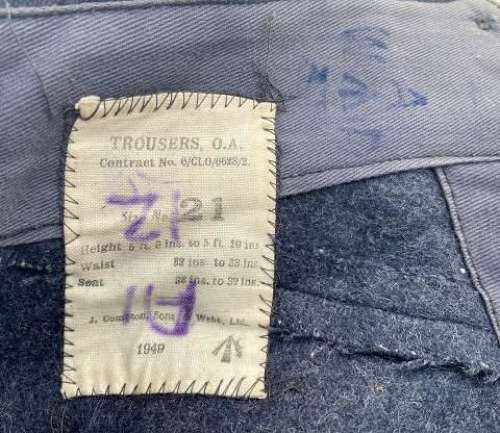 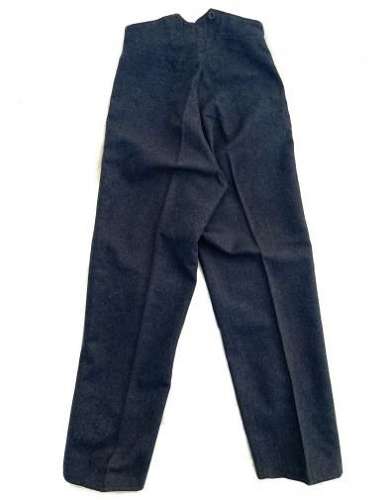 This pattern of trousers came into use with the RAF during the 1930s and stayed in service well into the 1950s. The trousers feature a fishtail back, a slash pocket to each hip and black horn brace buttons around the outside of the trousers.

The original label is still present inside the trousers and nice and clear. It states 'Trousers, O.A. Size 21'. The 1949 date is in evidence as is the War Department broad arrow marking and manufactures name; which in this instance is 'J. Compton Sons & Webb Ltd'. The trousers are designed to fit up to a 33" waist and a height of 5' 10" according to the label. When laid flat they measure -

The overall condition of the trousers is good although there are some holes around the crotch as shown in the pictures. These could be invisibly mended and do not detract from what generally speaking is a good pair of trousers.

All in all a reasonable pair of wartime pattern trousers which would suit both a collector or re-enactor well.