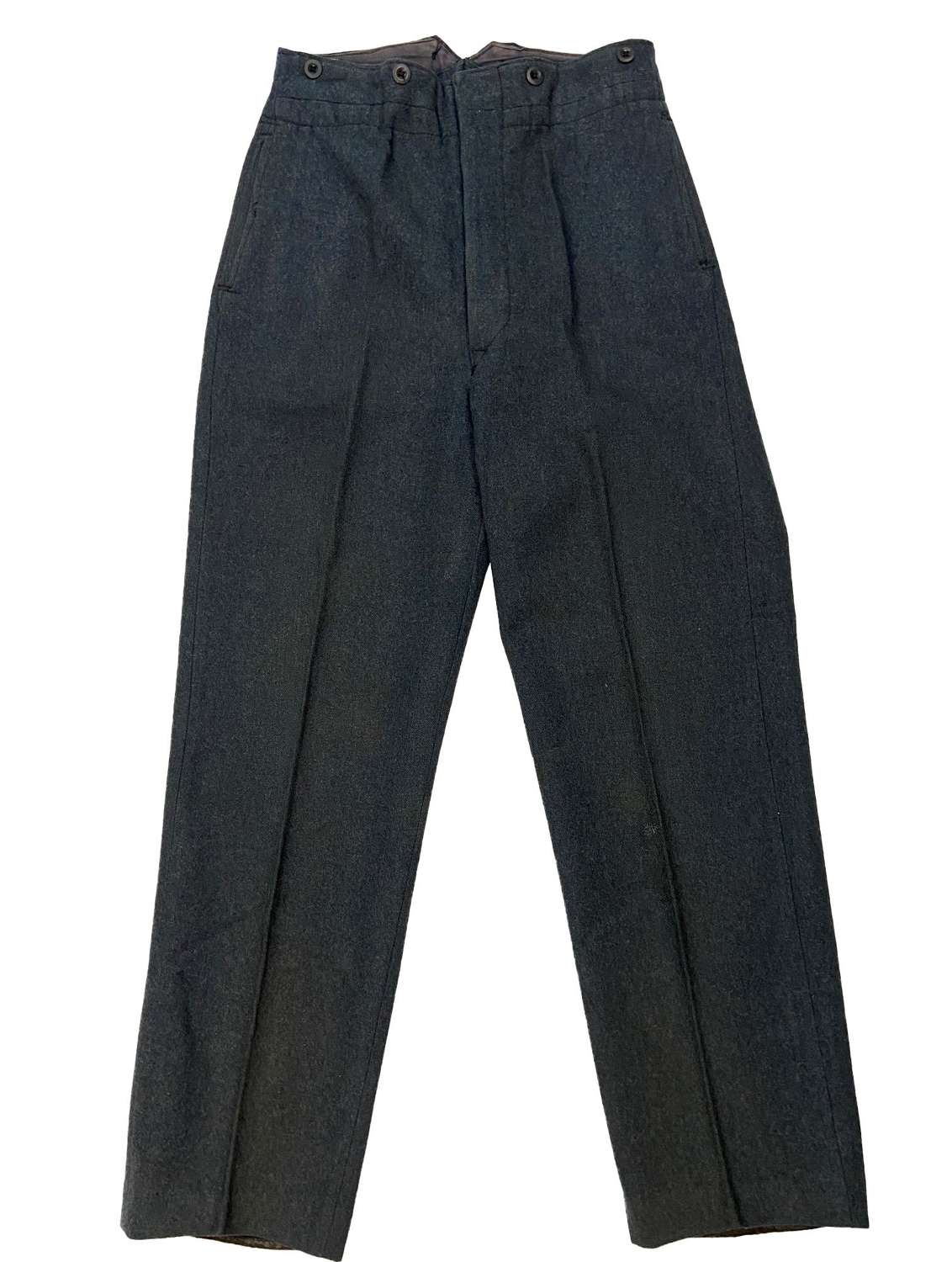 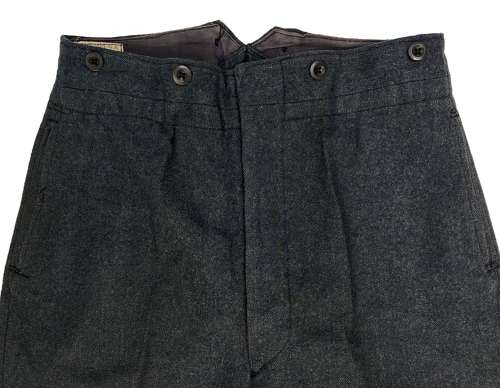 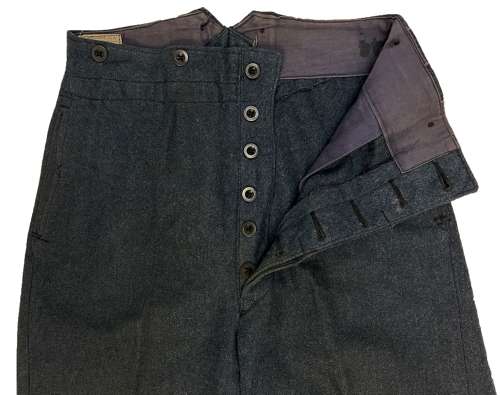 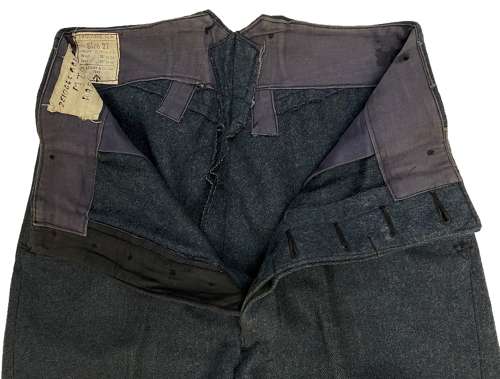 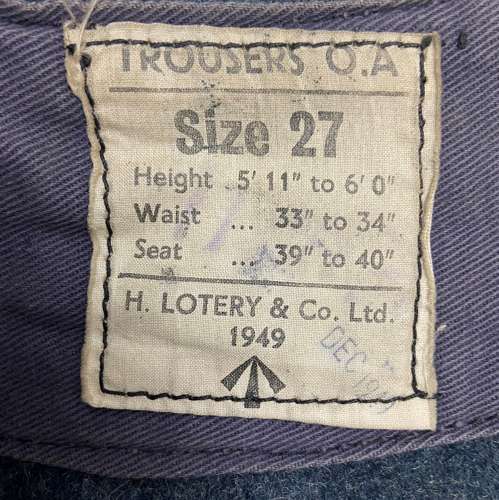 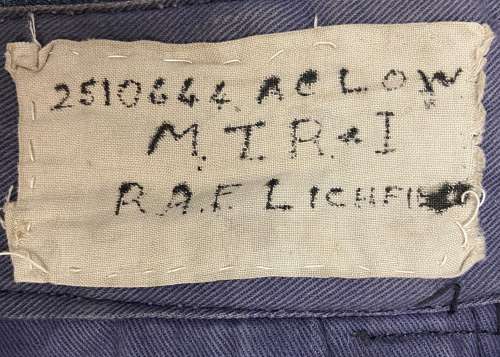 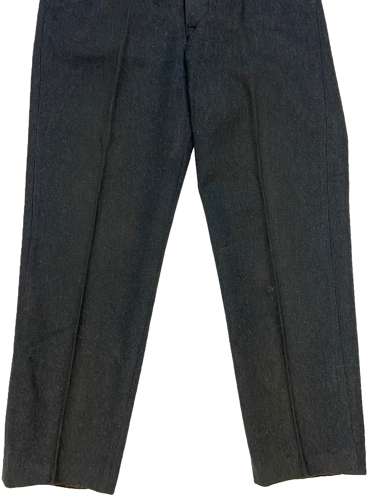 A good original pair of RAF Ordinary Airman's trousers made in 1949 and identical to wartime pattern.

The trousers are in good condition with some areas of staining and wear. Overall they are a very wearable pair of trousers but do have mall issues consummate with age.