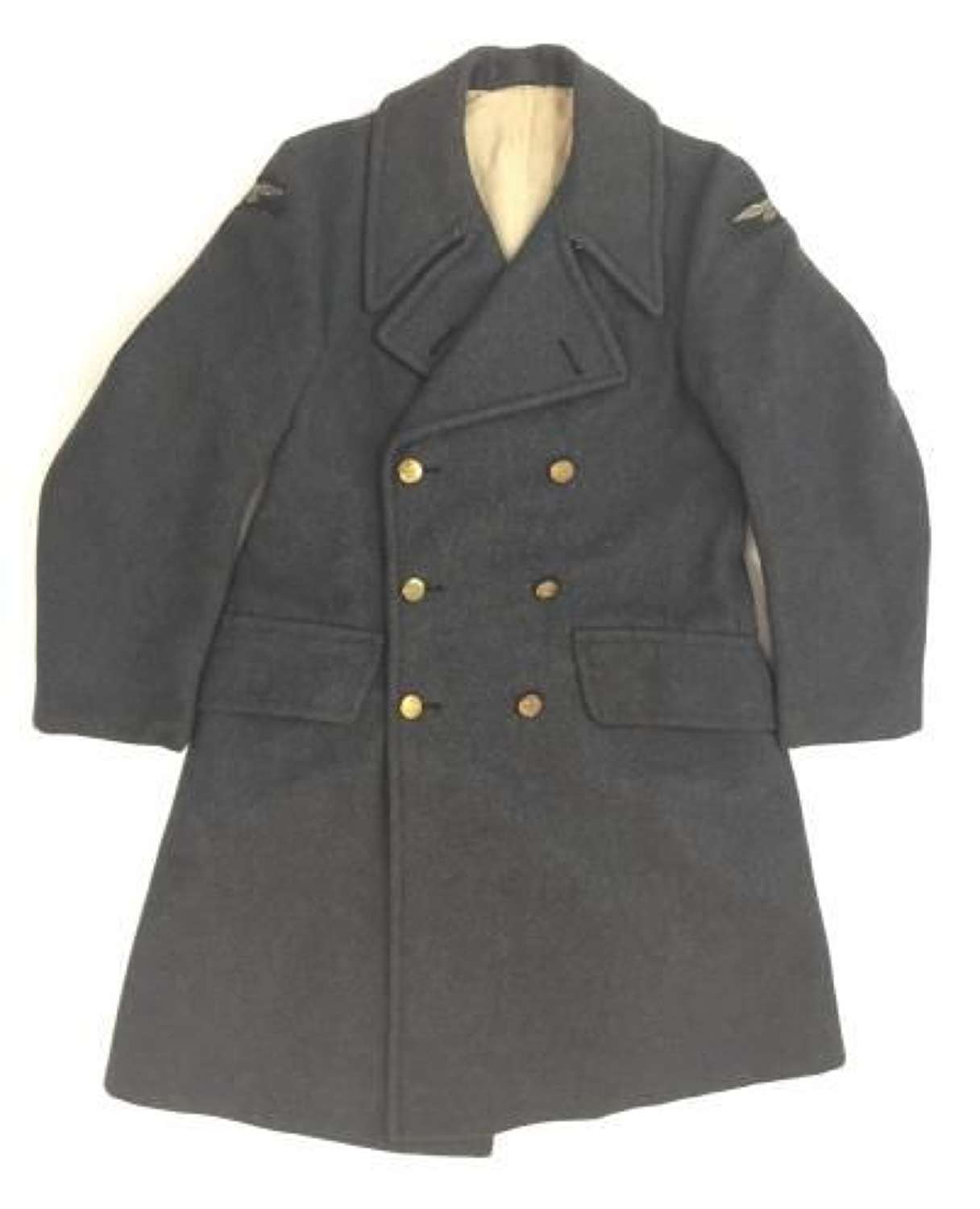 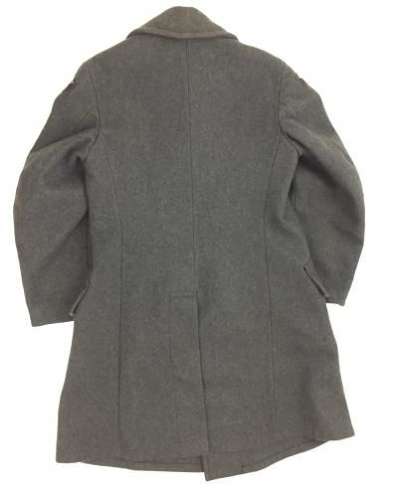 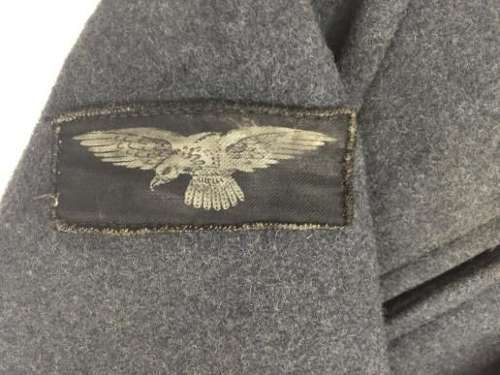 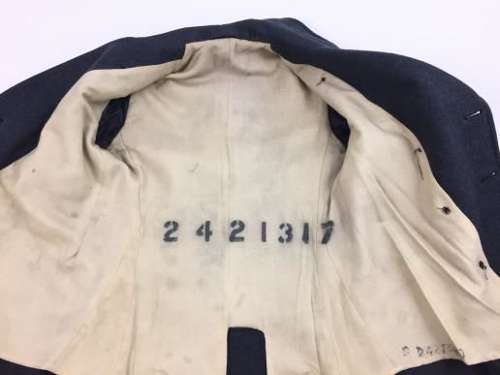 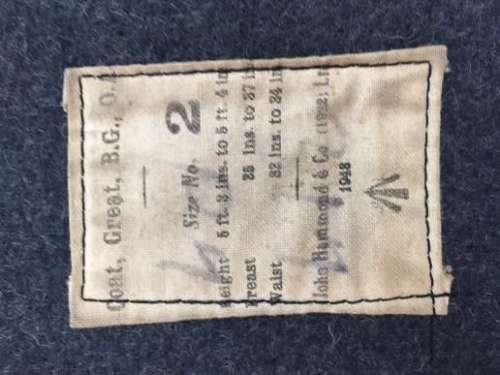 This pattern of greatcoat came into use with the RAF during the 1930s and saw use throughout the Second World War before being replaced by the 'New Pattern' greatcoat in the immediate post-war years.

This greatcoat features the correct number of brass Kings crown RAF buttons and a matched pair of wartime printed RAF albatross badges are sewn to the top of each sleeve.

The coat also features the white blanket lining often associated with early production RAF greatcoats. The original owners service number has been added in black to the top of this which is a nice period feature.

Inside the coat still retains its original issue label which is clear and legible. It states the coat as being a size No. 2 which will fit someone of up to 5' 4" tall, 35-37" chest and 32-24" waist. It was made by 'John Hammond & Co' and bares the War Department broad arrow. The date is also present but isn't particularly clear. I think it is 1948 but, as is often the case, it could be 1943. Either way the pattern of the coat is correct for wartime with the new pattern replacing this one in 1948.

The condition of the coat is very good overall as can be seen in the pictures. There are no serious areas of wear or damage that I can see and on the whole the coat displays very nicely indeed.