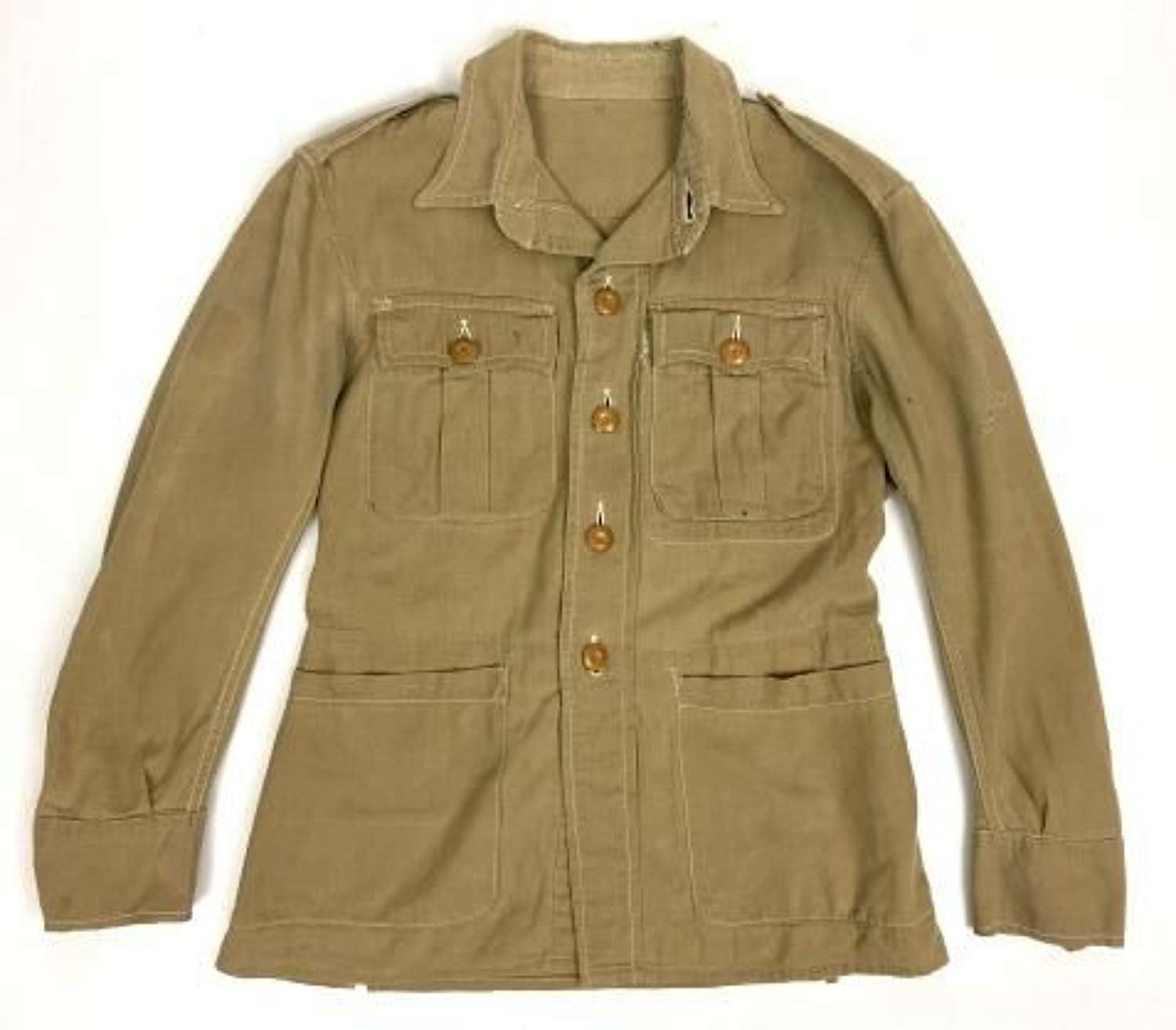 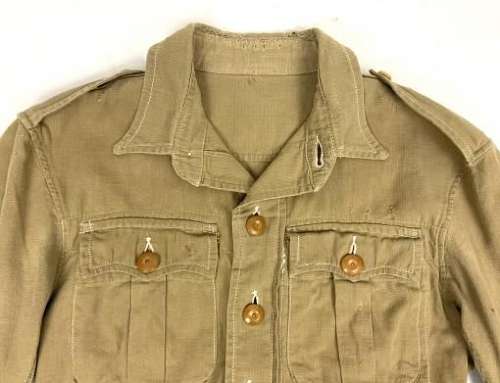 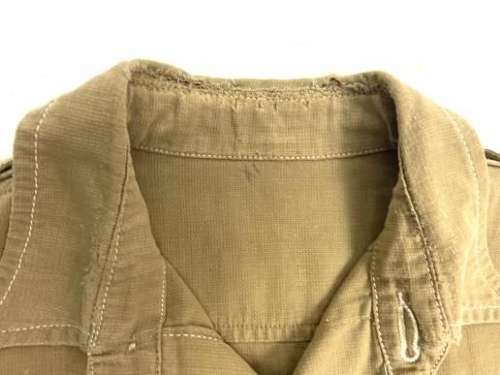 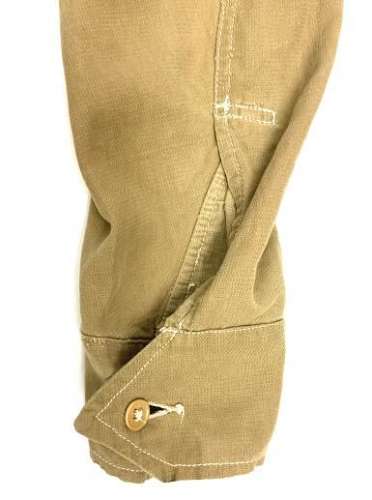 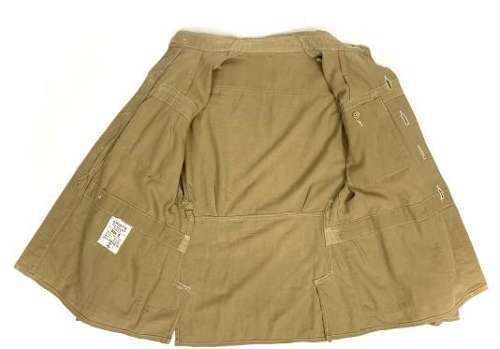 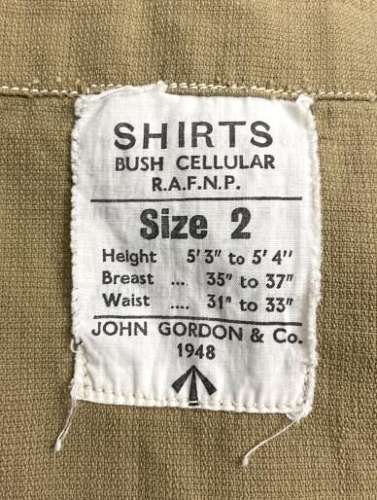 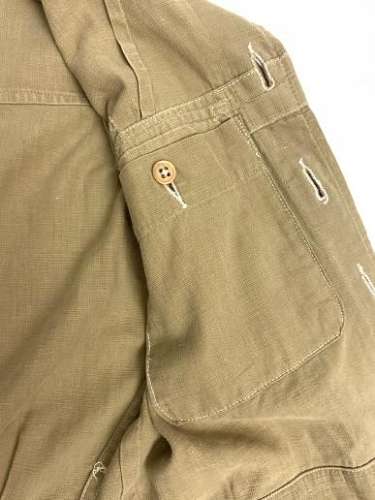 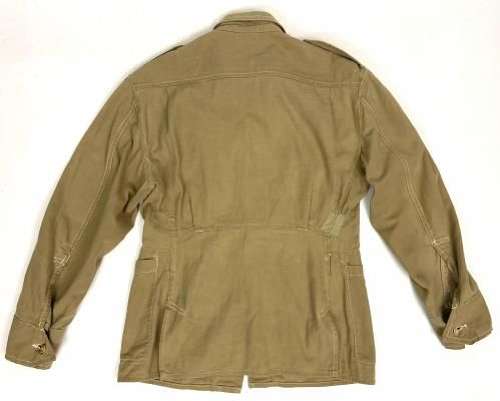 This pattern of tunic came into issue with the RAF in the immediate post-war years but is very similar to wartime KD jackets and could easily pas as one. It features two chest pockets with RAF style scalloped pocket flaps and lower pockets which appear to have had the flaps removed by the original owner.

A full set of original revolving shank buttons are fitted to the tunic and held in place with the correct metal split rings used during this period. These could be changed for bras RAF buttons, as these were also used on KD tunics.

Inside the tunic the original label is still present and very bright and legible. It states the size, makers name, date and bares the War Department broad arrow marking.

The tunic is in reasonable condition for its age but does show various signs of use and wear which I have attempted to detail in the pictures. The main flaw is a period repair about 1" square around the waist which has been done with a mismatched piece of material. It is still structurally sound however and displays well.

Altogether not a bad example of a 1940s RAF bush jacket with plenty of character!