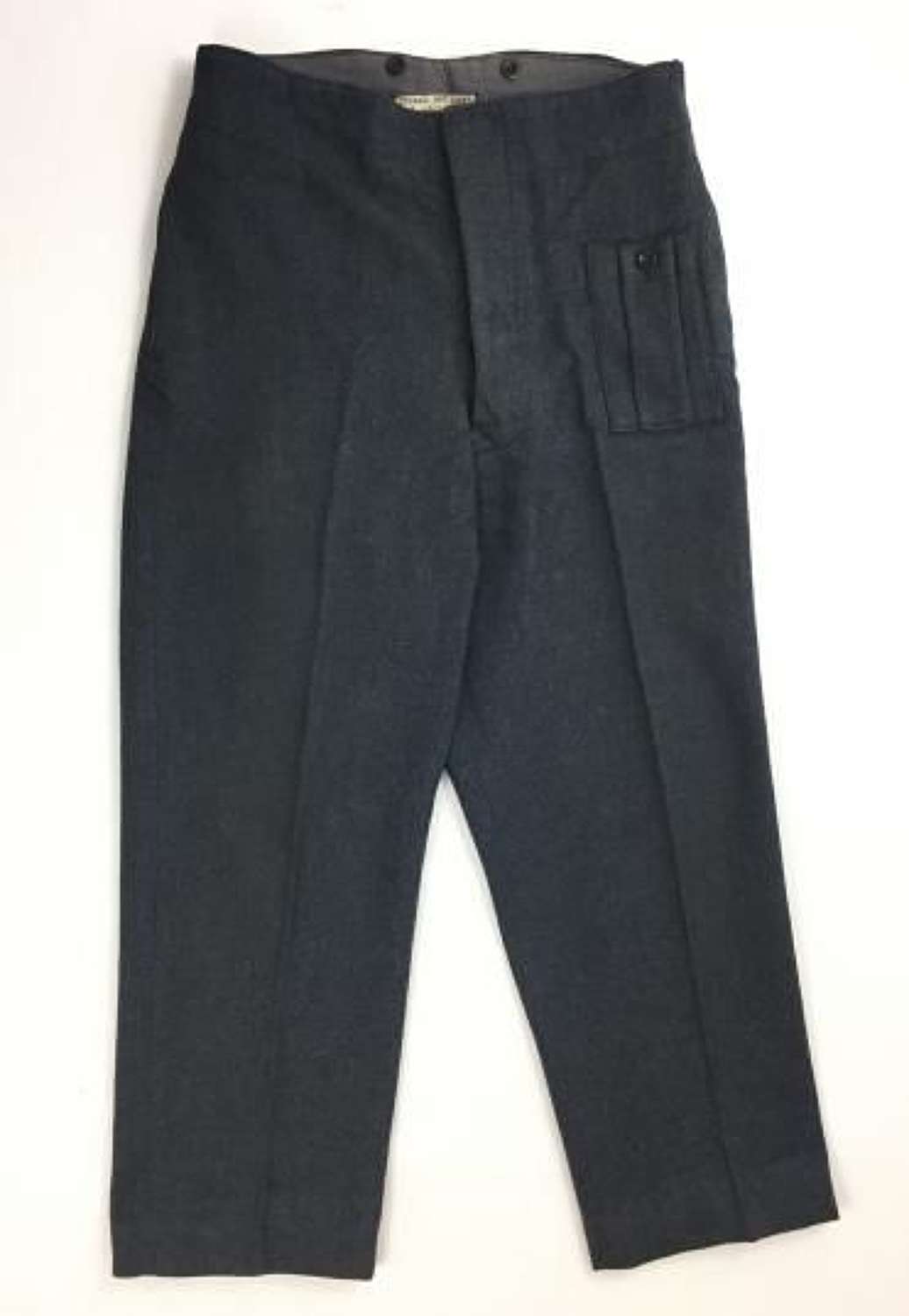 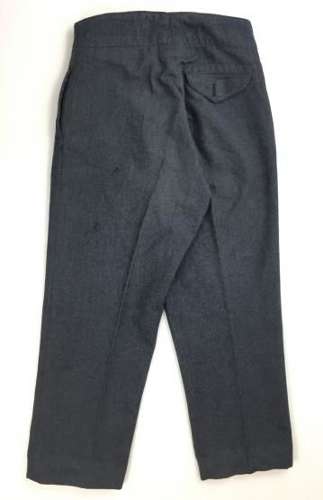 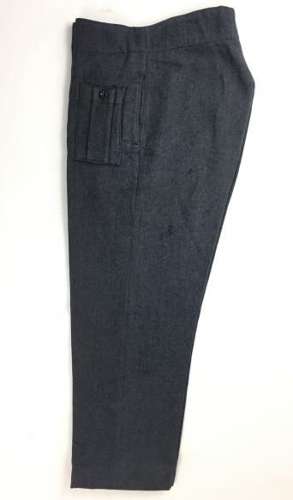 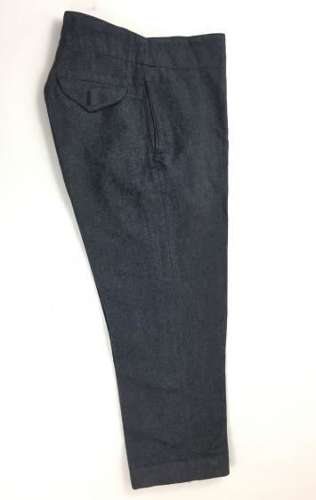 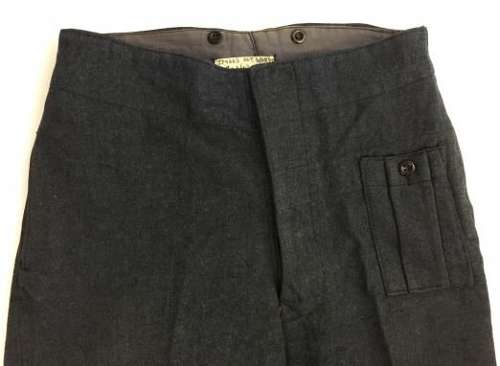 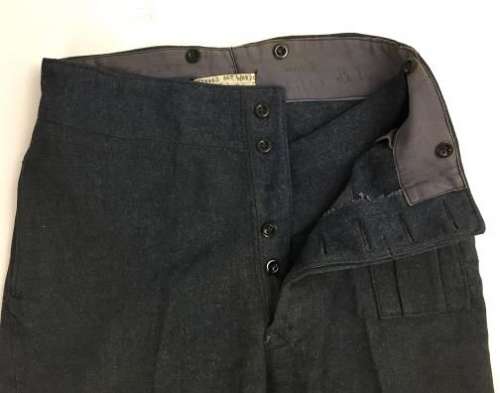 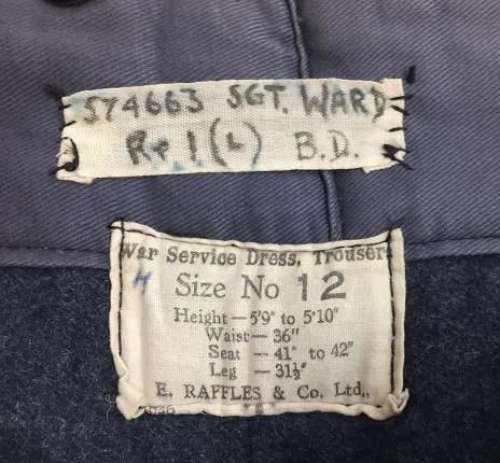 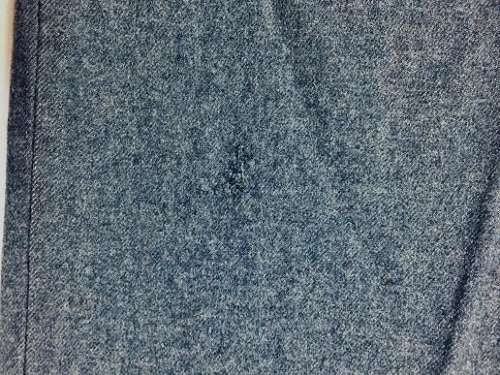 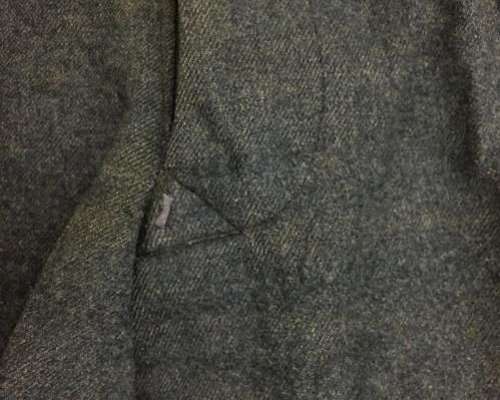 Inside the trousers retain their original label which states the size as 12 which will fit someone of around 5'10 tall, up to a 36" waist and have a 31 1/2" inside leg. A very wearable size!

The original owners name is also inside the trousers in a number of places including on a piece of white tape which has been stitched in above the manufactures label. It bares his number 574666 as well as his rank and number - Sgt. Ward. Sgt. Ward could have been aircrew judging by his rank although this would be hard to prove.

The overall condition of the trousers is good as can be seen in the pictures. There is one small L-shaped repair to the rear of the left leg, a small piece of serge has worn through in the bottom of the fly (not visible when worn or displayed) and there is one button missing from the fly and another from the rear pocket. Aside from this they display well and are certainly still very wearable.

Overall a nice pair of original wartime pattern trousers which are a very good size. Ideal for the re-enactor and collector alike!