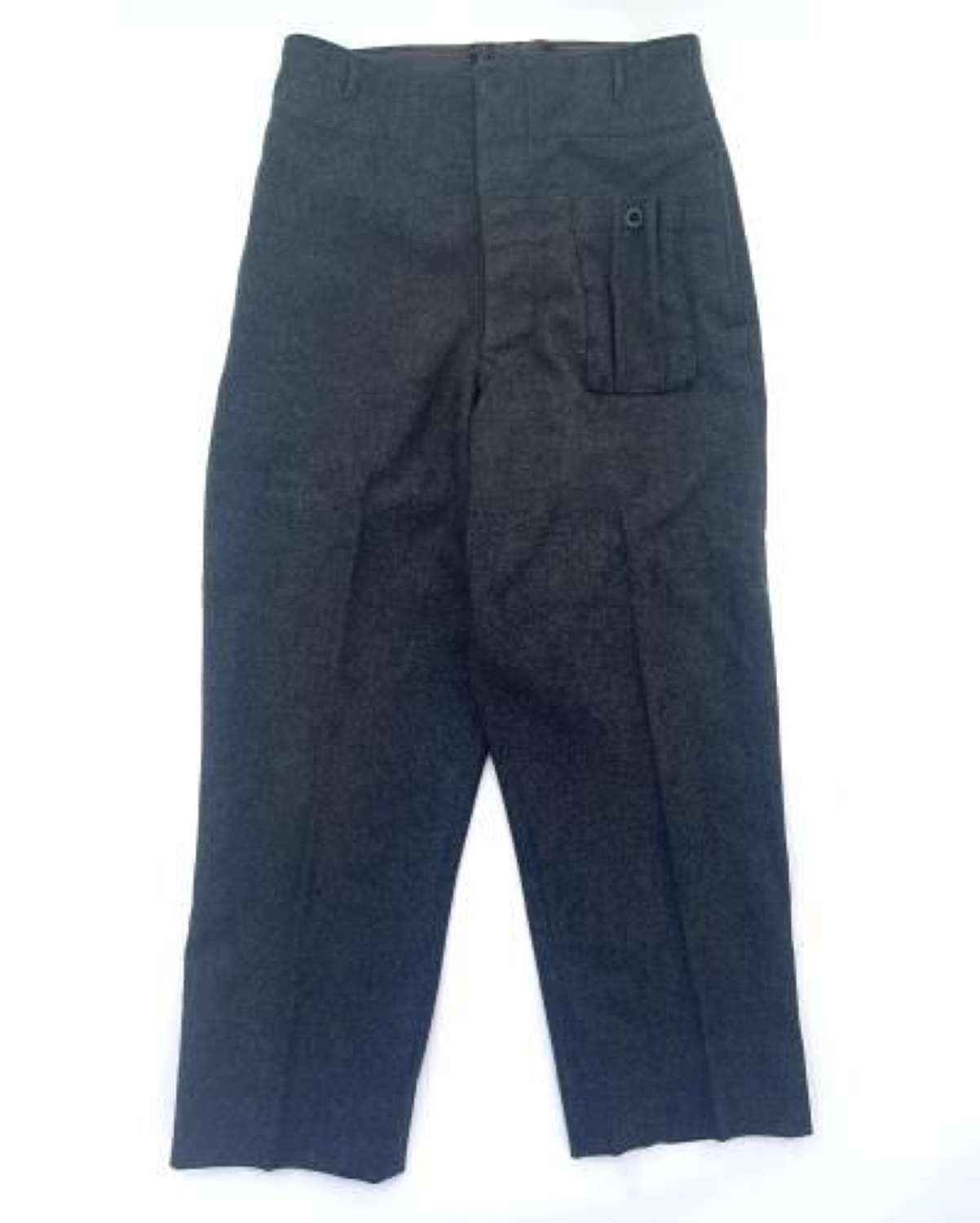 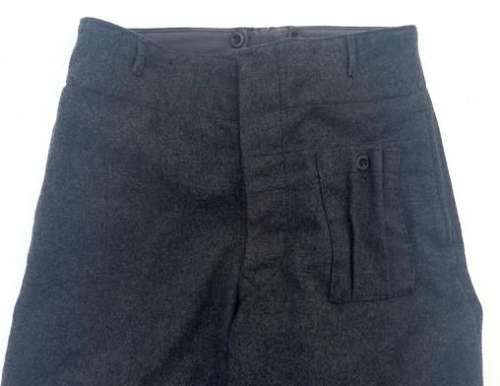 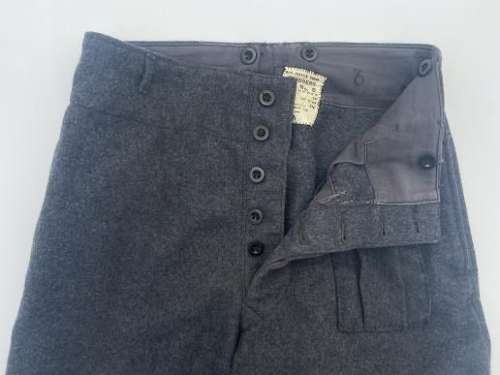 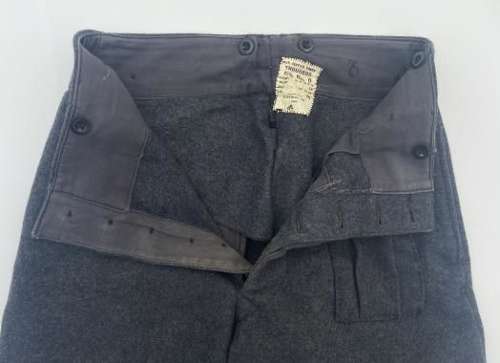 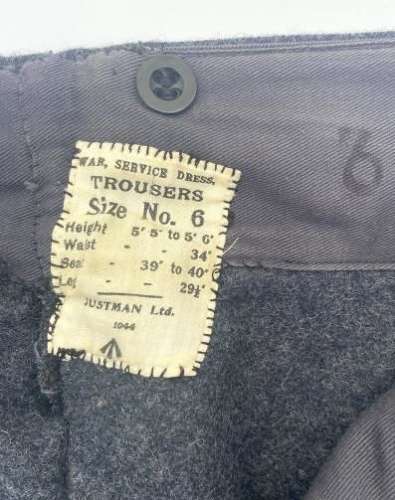 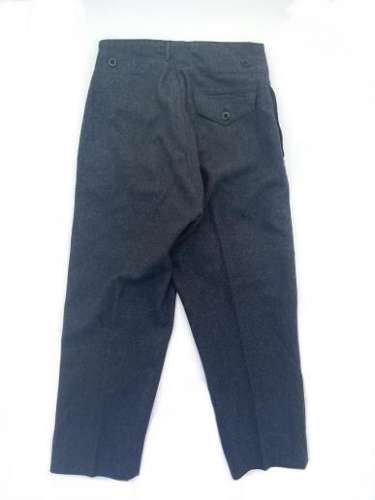 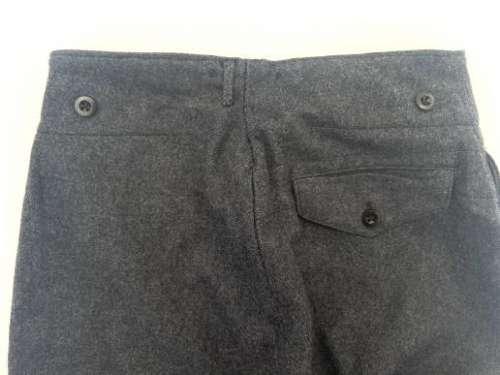 Inside the trousers retain their original label which is still bright and legible and states the size as No.6. There is an ink side stamp the the right of the label which confirms this. The label states the manufacturer as 'Justman Ltd' below which is the 1944 date and the War Department broad arrow marking.

The trousers are in good condition and display well. They show no signs of undue wear or use and are still very wearable. They appear to have been altered with the dress pocket and the label both being tacked back on, presumably after the alteration. At the same time belt loops have been added which is a nice period feature. This alteration has been reflected in the price.

It is also worth noting that there is a 3" turn up inside the bottom of the leg so these could be let out.