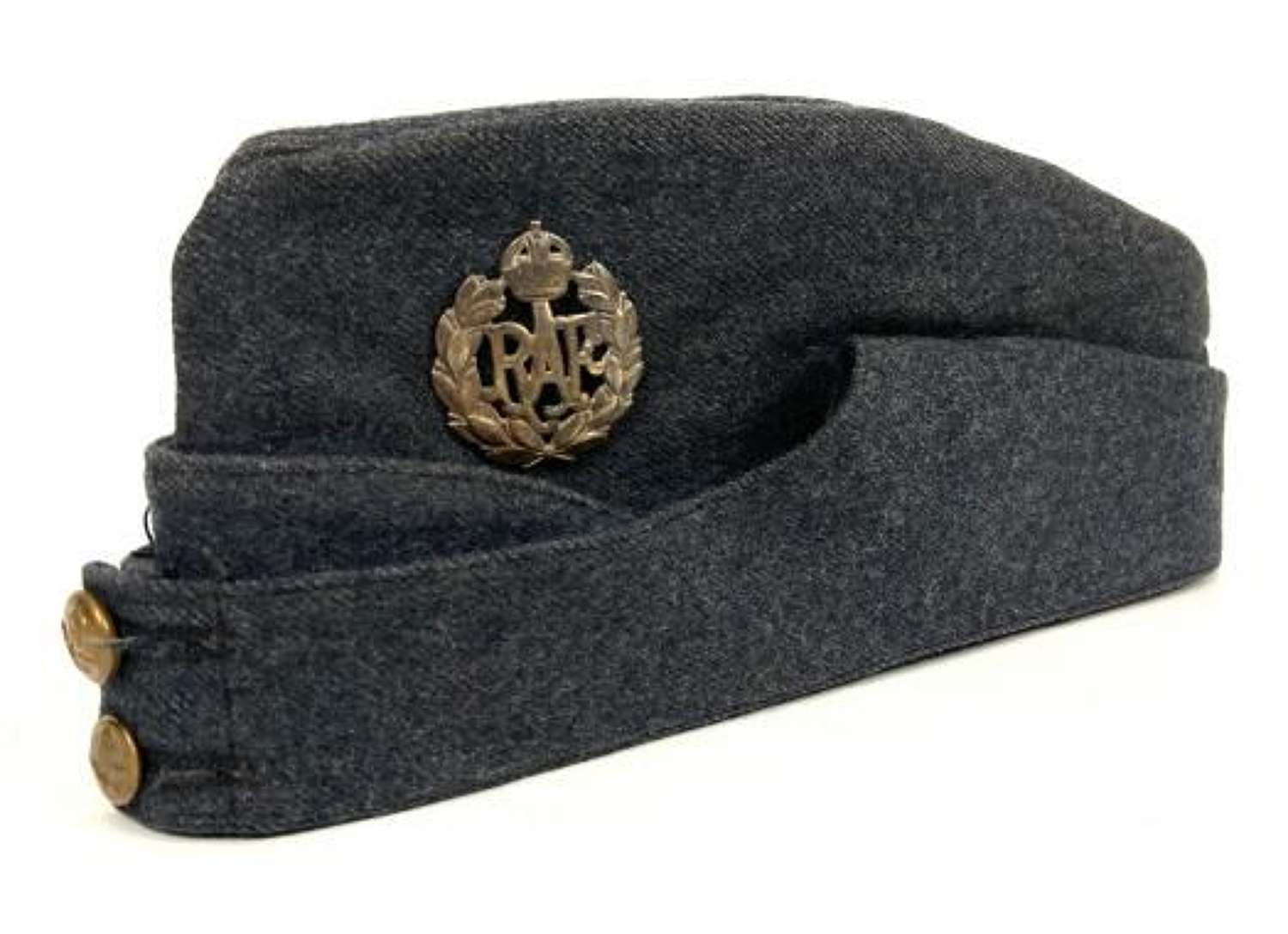 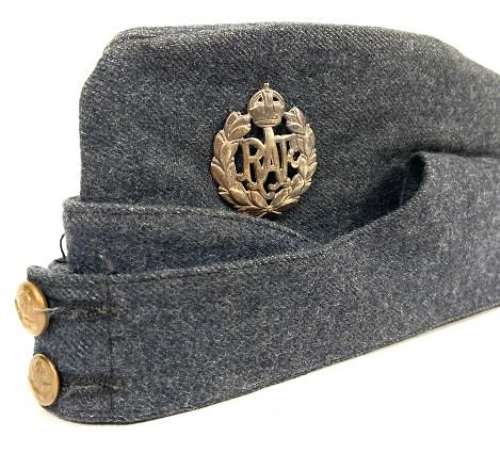 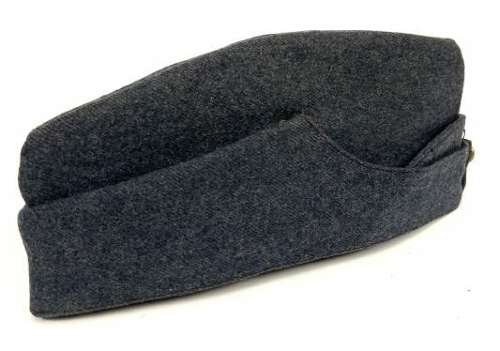 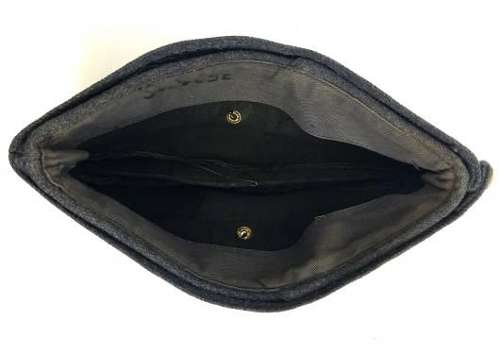 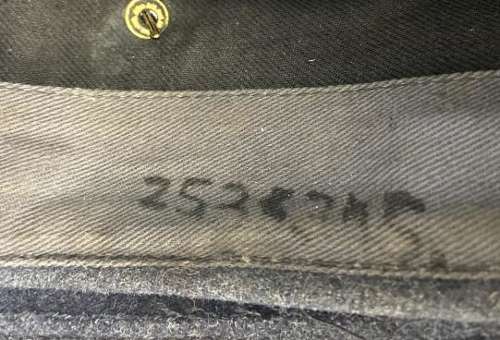 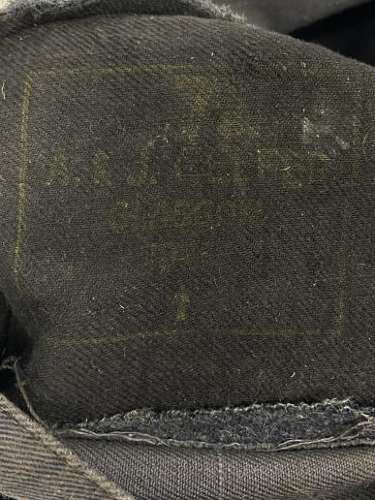 This particular example is typical of wartime manufacture. It features a brass Kings crown cap badge and two brass kings crown buttons to the front.

The interior of the cap retains its original yellow manufacturers stamp which is typical of late war caps. It has somewhat faded with time and use but the 1945 date can just be made out as can the number 7 1/8 which refers to size.

The cap bares the original owners number in ink to the cotton sweatband as well as a hair pin to the interior of the crown which is a fantastic period touch. Many stories have been told over the years about airmen using their wife's or girlfriend's hair pins in their hats and here is an example of just that!

The condition of the cap is good for its age as can be seen in the pictures. It has plenty of signs of wear and use as is to be expected of an issued pre-owned hat. Please study the pictures as they form part of the description.