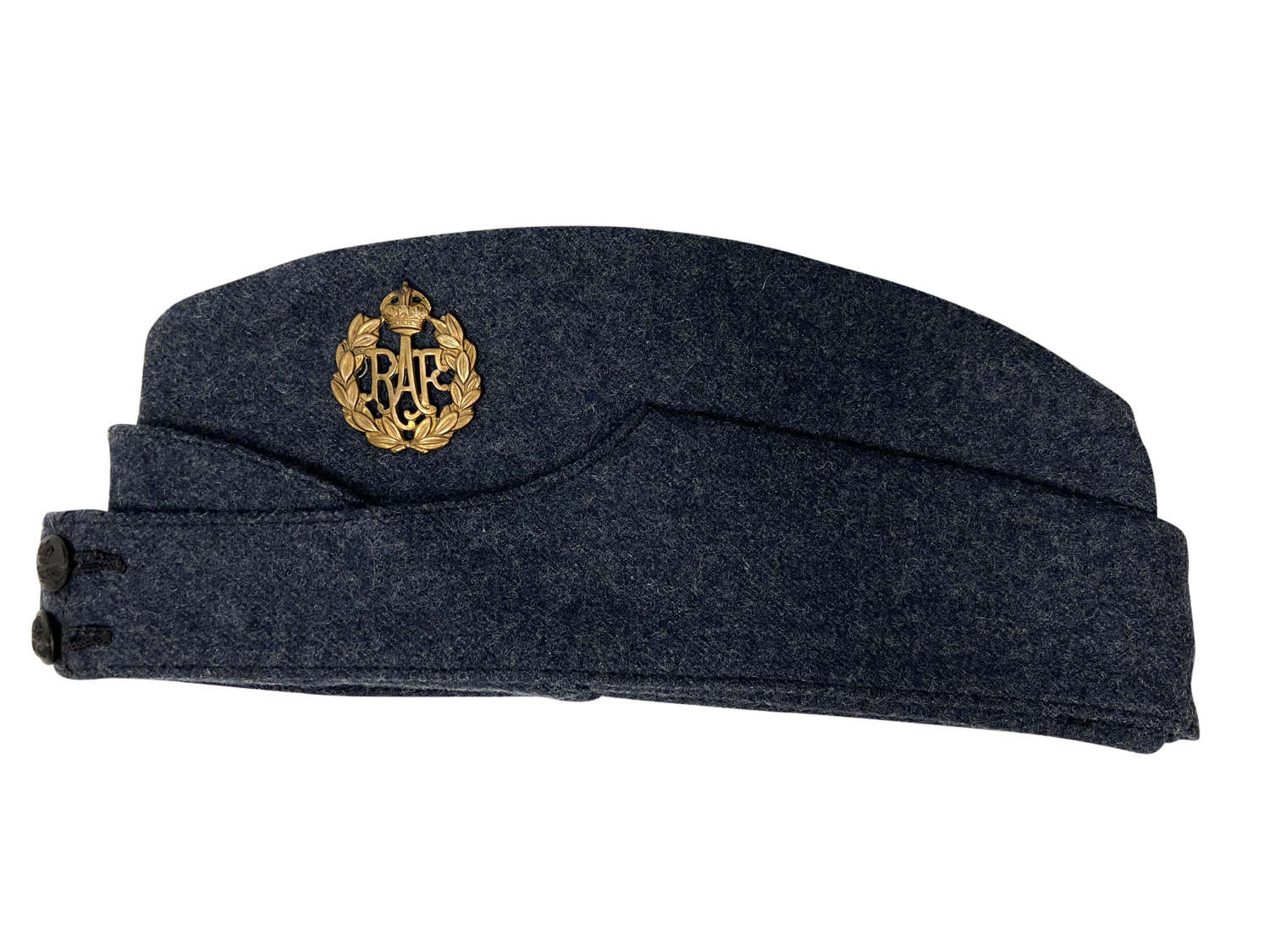 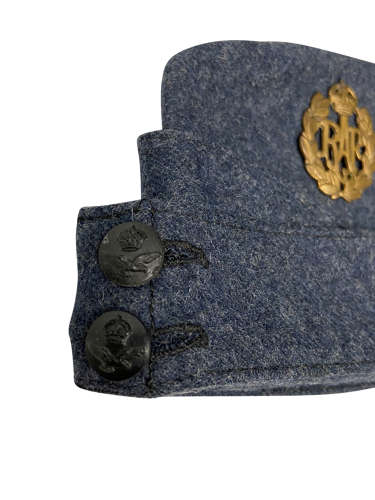 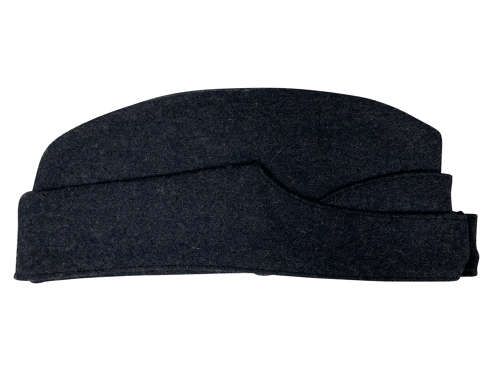 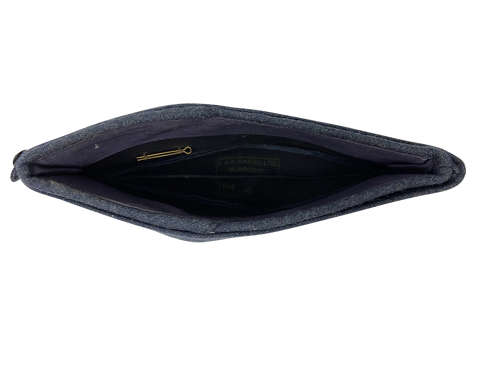 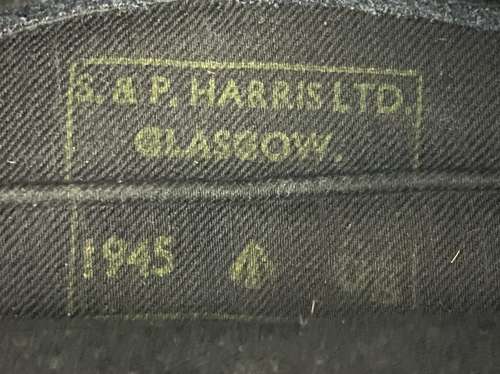 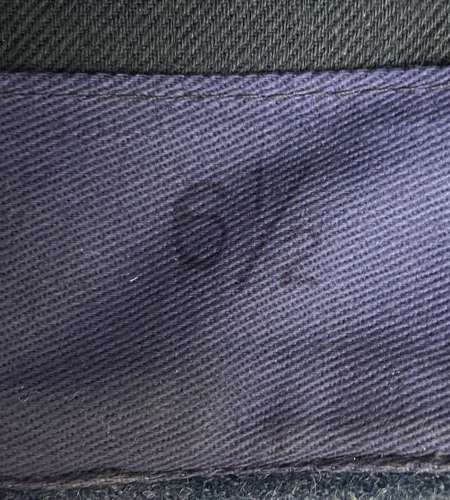 The cap features a brass kings crown cap badge which is almost certainly original to the cap. As well as this two plastic economy kings crown buttons are fitted to the front of the cap.

Inside the cap the original makers markings are still present and legible. The had was made by 'S & P. Harris Ltd' of Glasgow in 1945. The War Department broad arrow marking is present as is the size of 6 7/8. Interestinly, the sweatband of he cap bares a size stamp of 6 1/2 which is most likely a later addition when the cap was found to be smaller than thought.

The cap is in very nice condition as can be seen in the pictures. It is still the deep RAF blue colour it would have been when first issued and is not a washed-out, worn down example. The black interior lining is good with only limited signs of service wear.

A very nice original RAF cap which is clearly dated. This would undoubtedly make a great addition to any WW2 collection!