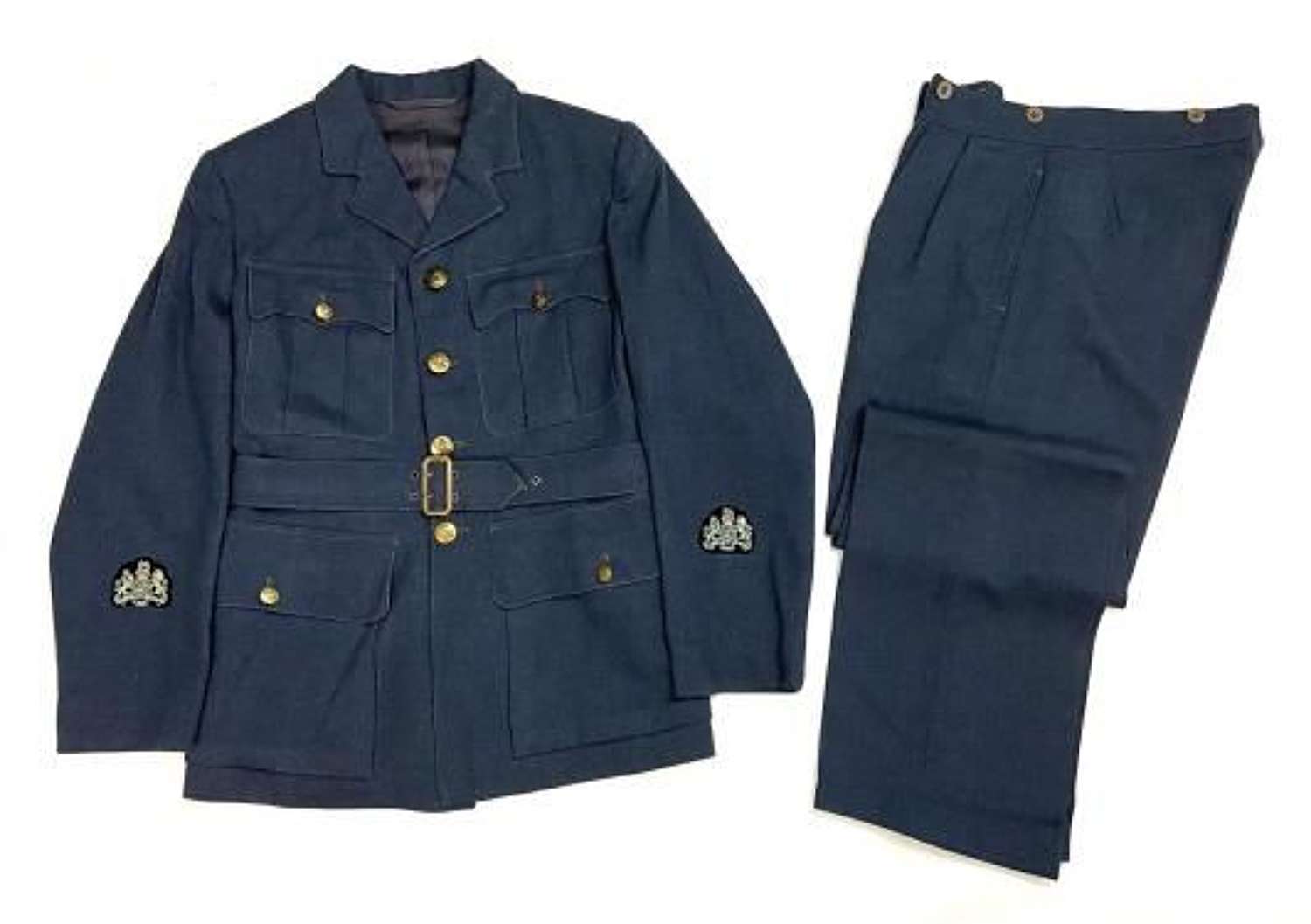 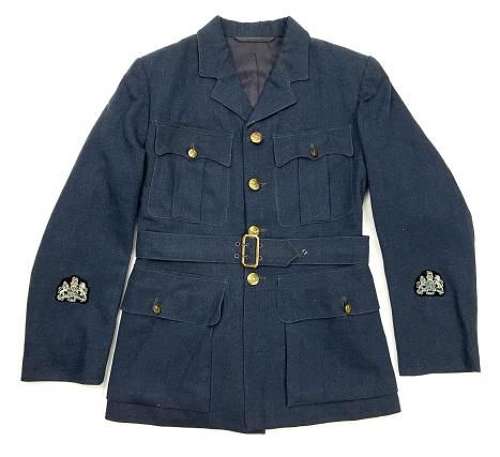 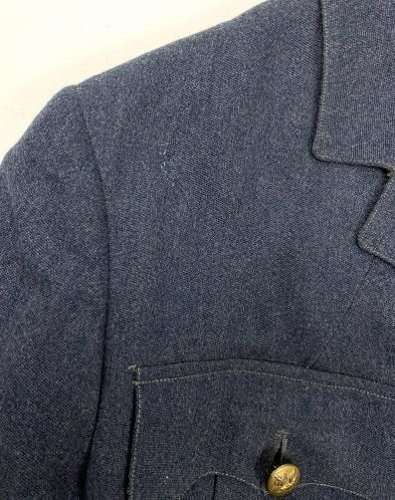 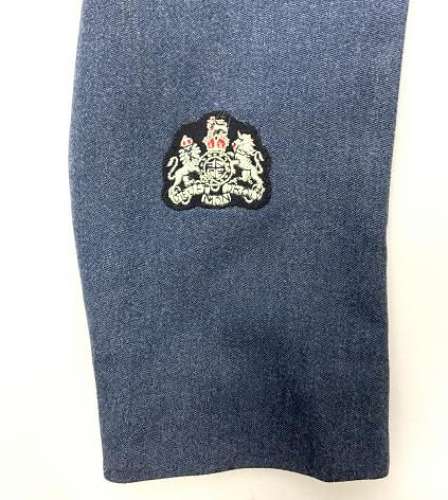 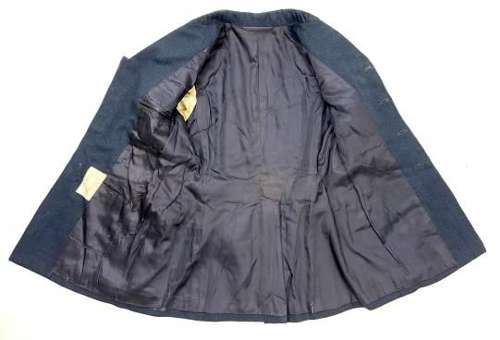 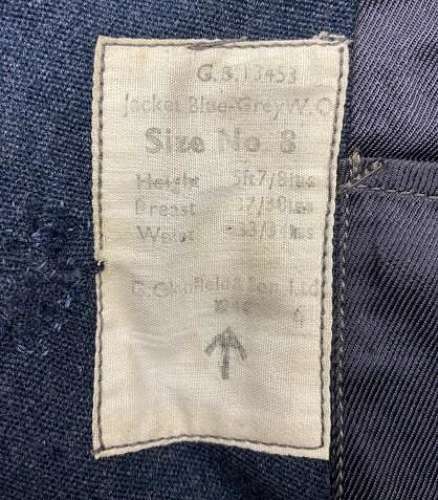 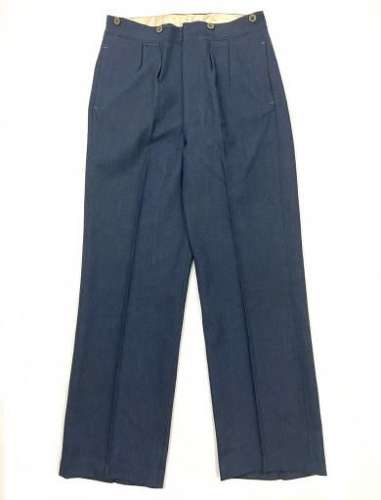 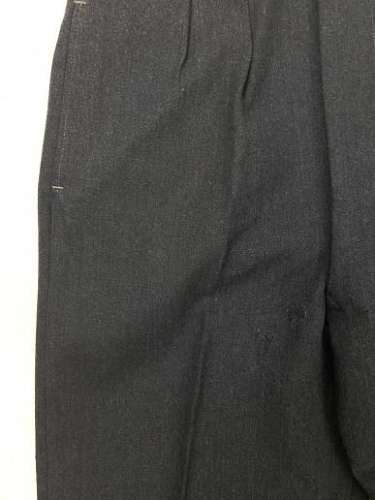 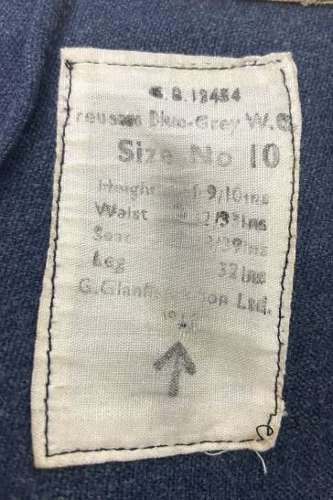 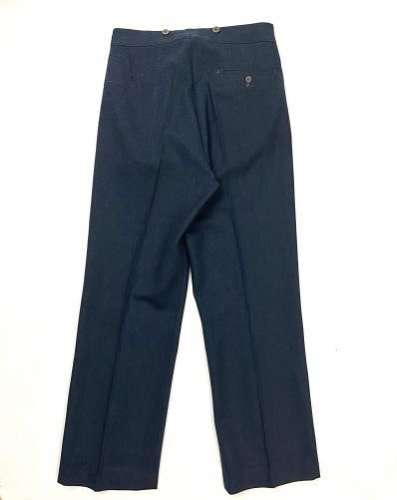 Genuine issue Warrant Officers uniform is much more scarce than the Ordinary Airman's uniform and standard officers uniform. At first glance it could easily pass as a standard RAF officers SD but is in fact an issue item, complete with labels.

The jacket features a four button closure as was the pattern used during the Second World War before being replaced with the three button version immediately post-war. It has a matching waist belt with brass buckle and a full set of brass Kings crown RAF buttons. Each sleeve bears the Warrant Officer insignia which also features a kings crown whilst the interior is fully lined, the same as the officers version.

The trousers are typical of the period and again are extremely similar to standard RAF officers trousers. They feature the high waist and wide leg which was fashionable in the 1940s and a double pleated front. The fly fastens with buttons whilst more buttons are fitted around the inside edge of the waist and designed to support braces. Slash pockets can be found at the hips whilst the rear of the trousers features a single buttoning pocket.

Both items retain their original issue labels and state 'Jacket Blue-Grey W.O' and 'Trousers Blue-grey W.O' respectively. Both labels are worn but the 1944 date can just been seen as can the War Department broad arrow marking. Both pieces were made by 'G. Glenfield & Son Ltd' and are designed to fit someone of around 5'8" - 5'10" tall with a 37-38" chest and a 32-33" waist. The sizes are a good match as well as the makers which would suggest that this set has always been together. It is also worth noting that the inside leg measures at 31" and the trouser waist at 16 1/2".

The suit is in good condition as can be seen in the pictures. There are however a number of small areas of damage, namely near the crotch and to the shoulder. These are only noticeable on close inspection and appear to have period repairs. Overall the suit displays well but it is a pre-worn vintage item which has been issued and therefore may have other small issues consummate with age.

A rare example of a matched wartime RAF Warrant Officers set which would be ideal for a collector or re-enactor.