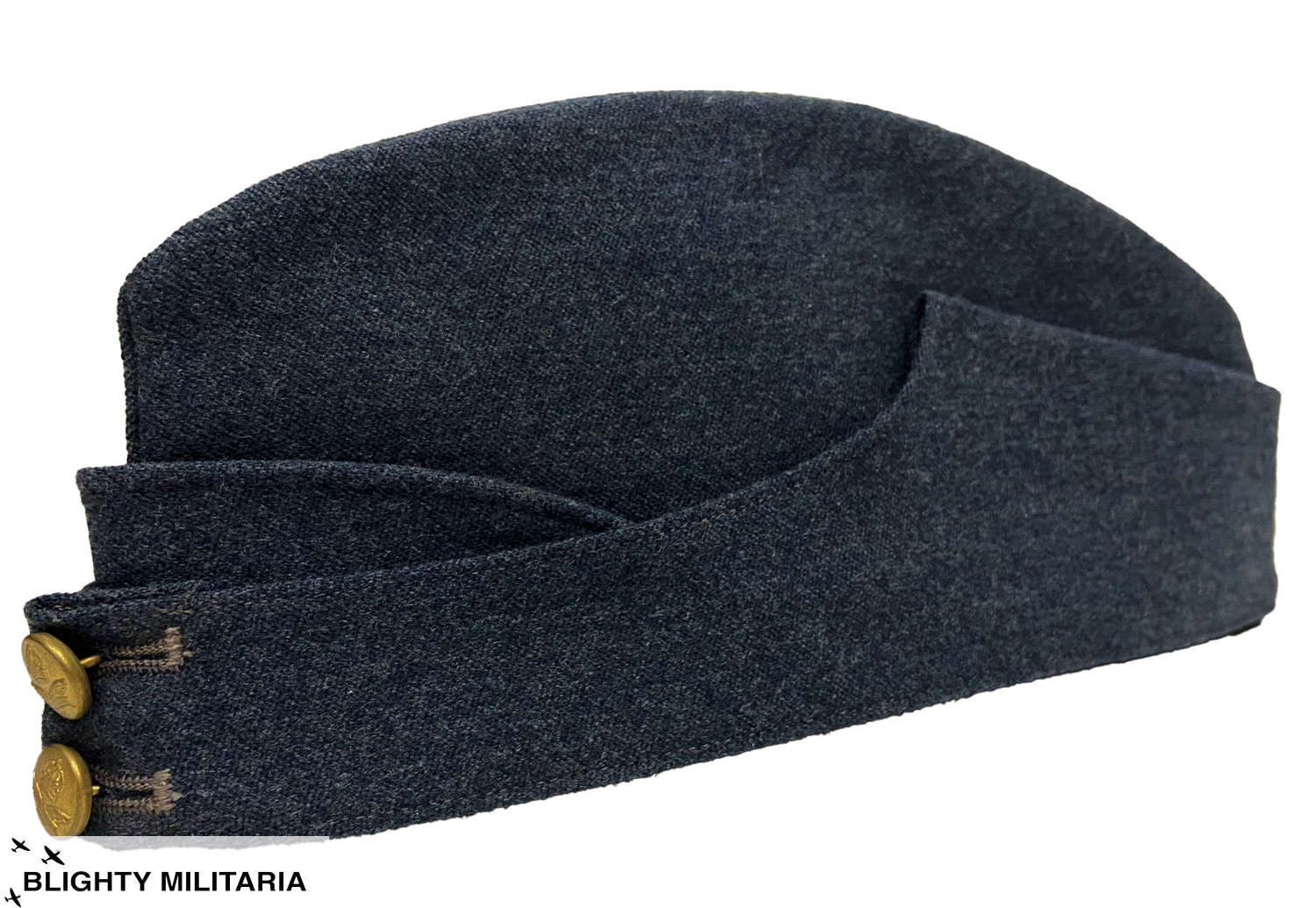 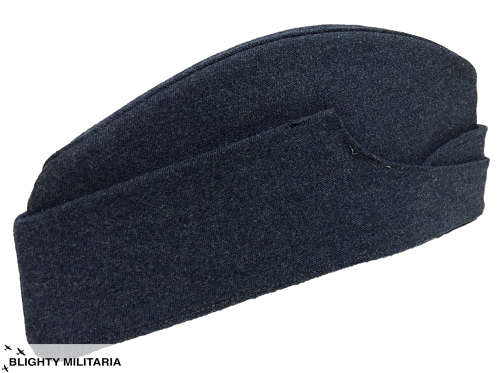 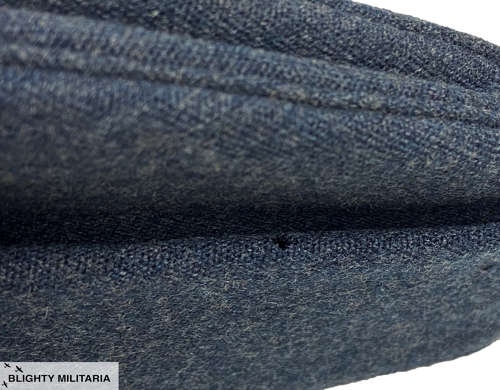 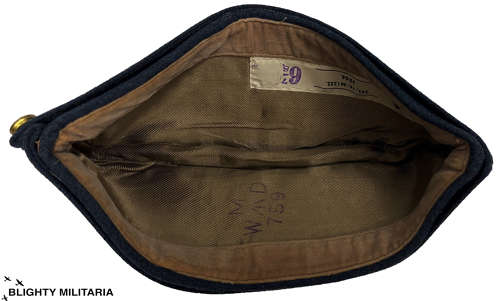 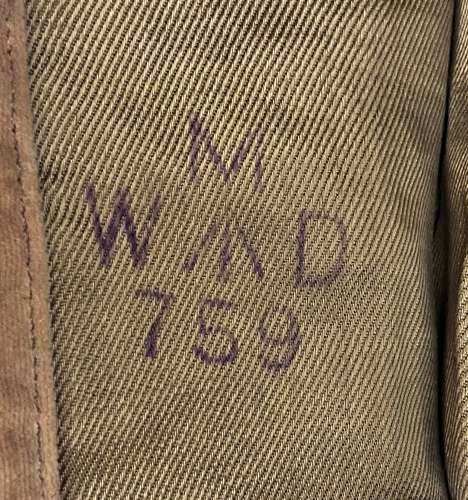 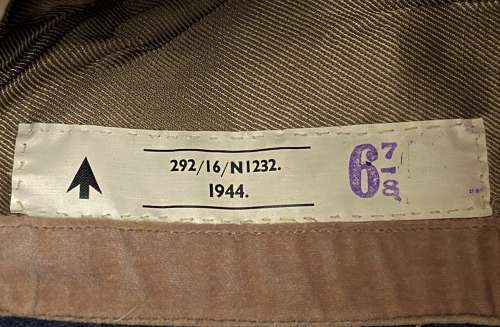 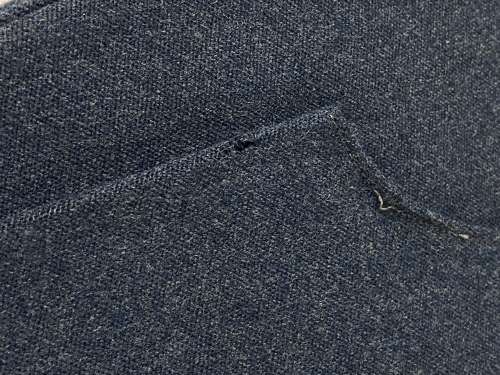 This original hat is in great condition and doesn’t appear to have ever been worn! It has never been fitted with a brass Officers cap badge which would suggest it was never issued. There are two brass RAF buttons to the front of the cap whilst the interior is lined in a gold coloured rayon material and features a suede sweatband in a similar colour. The original label is present inside the cap bears the contract number along with the 1944 date, size of 6 7/8 and the War Department broad arrow. As well as this there is a War Department acceptance stamp which is surmounted by the letter 'M' which denotes 1944 as the year of issue.

The condition of the cap is brilliant as already stated. The outside of the cap is still the deep blue colour it would have been when first issued and the interior is very clean with deep golden tones. All the labels and stamps are bright as they would have been at the time and the only two flaws are two small holes as shown in the pictures.

This cap really stands out and could certainly be described as a ‘sleeper’. The condition is fantastic and it is without a doubt a real collectors piece. This would be very hard to improve in many ways.