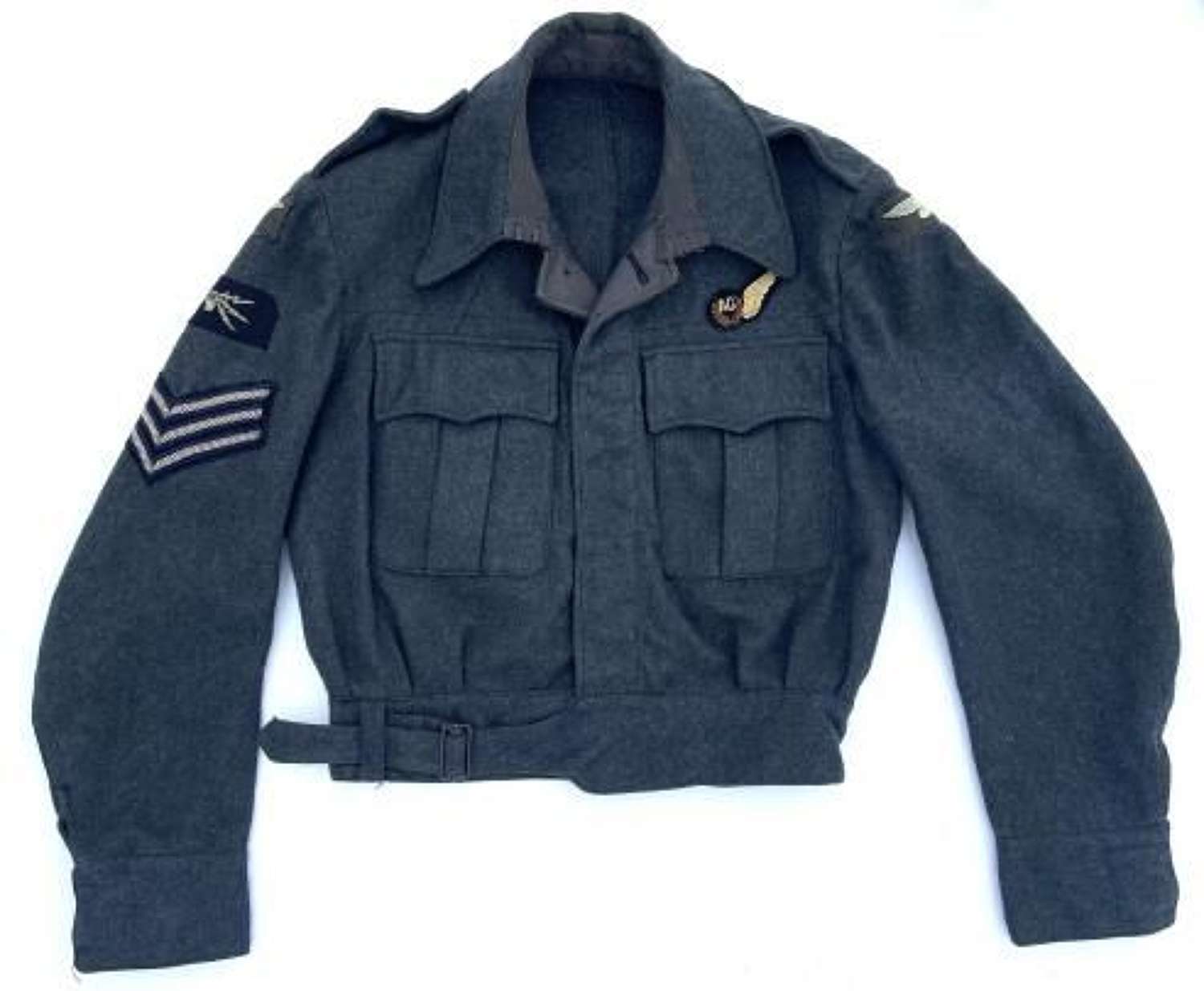 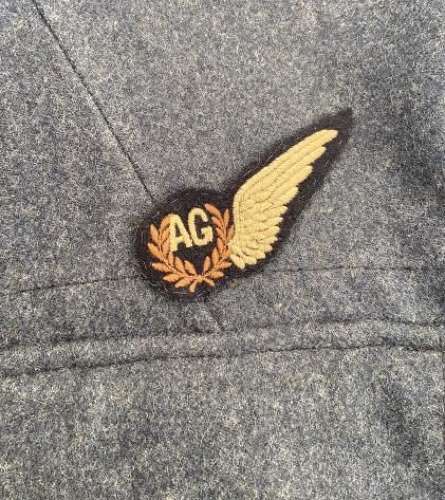 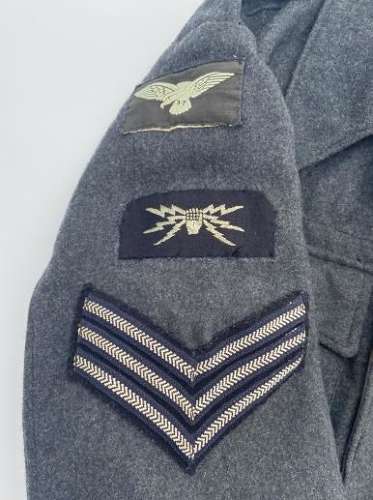 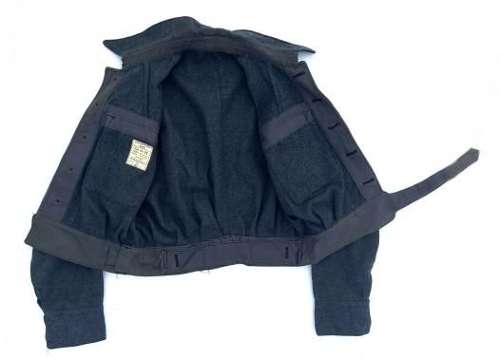 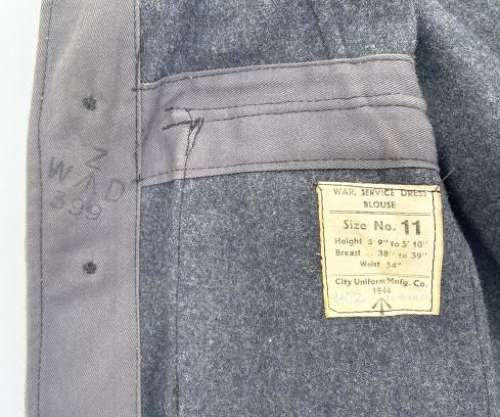 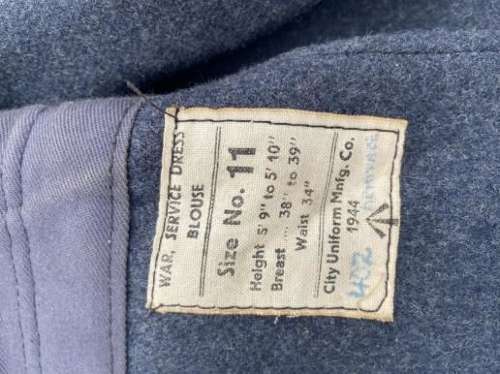 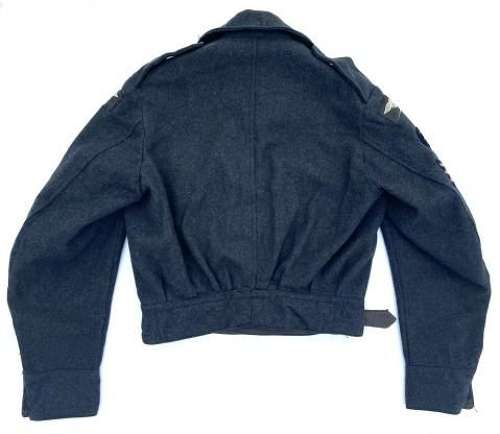 This pattern of jacket came into service in late 1940 listed as 'Suits, Aircrew' before being re-designated 'War Service Dress' in 1943, remaining virtually unchanged. The blouse features the wire style waist buckle usually associated with early manufacture 'Suits, Aircrew' blouses, RAF style scalloped pocket flaps and a pair of hook and eyes to close the neck. Standard RAF Black horn buttons are fitted to the jacket.

The jacket comes complete with a full set of insignia to a Sgt Air Gunner Wireless Operator with just one Sergeants stripe to the right arm as is often seen in pictures. All the insignia appear to be nice original parts and it certainly gives the jacket a great look.

The original manufacturers label is still present inside the jacket and is bright and legible. It states the jacket as being a size 11 which will fit a 38-39" chest and a 34" waist. The manufacturers name is 'City Uniform Mnfg. Co.'' and the 1944 date is below this. The War Department broad arrow marking is also present.

The original owners name has been added to the issue label but is hard to read. The number 402 is also present. This may refer to the RCAF 402 Squadron who flew Hurricanes and later on in the War Spitfires, although this does't tally with the insignia.

The jacket also features the War Department inspection stamp which is surmounted by the letter 'Z' denoting 1945 as the year of issue.

The jacket is in good condition as can be seen in the pictures. It has signs of wear and use but nothing more than is to be expected of a vintage, pre-owned jacket such as this.

All in all a nice example of a wartime RAF BD with nice badges and in a wearable size. This would make a great addition to a collection or could suit a re-enactor!