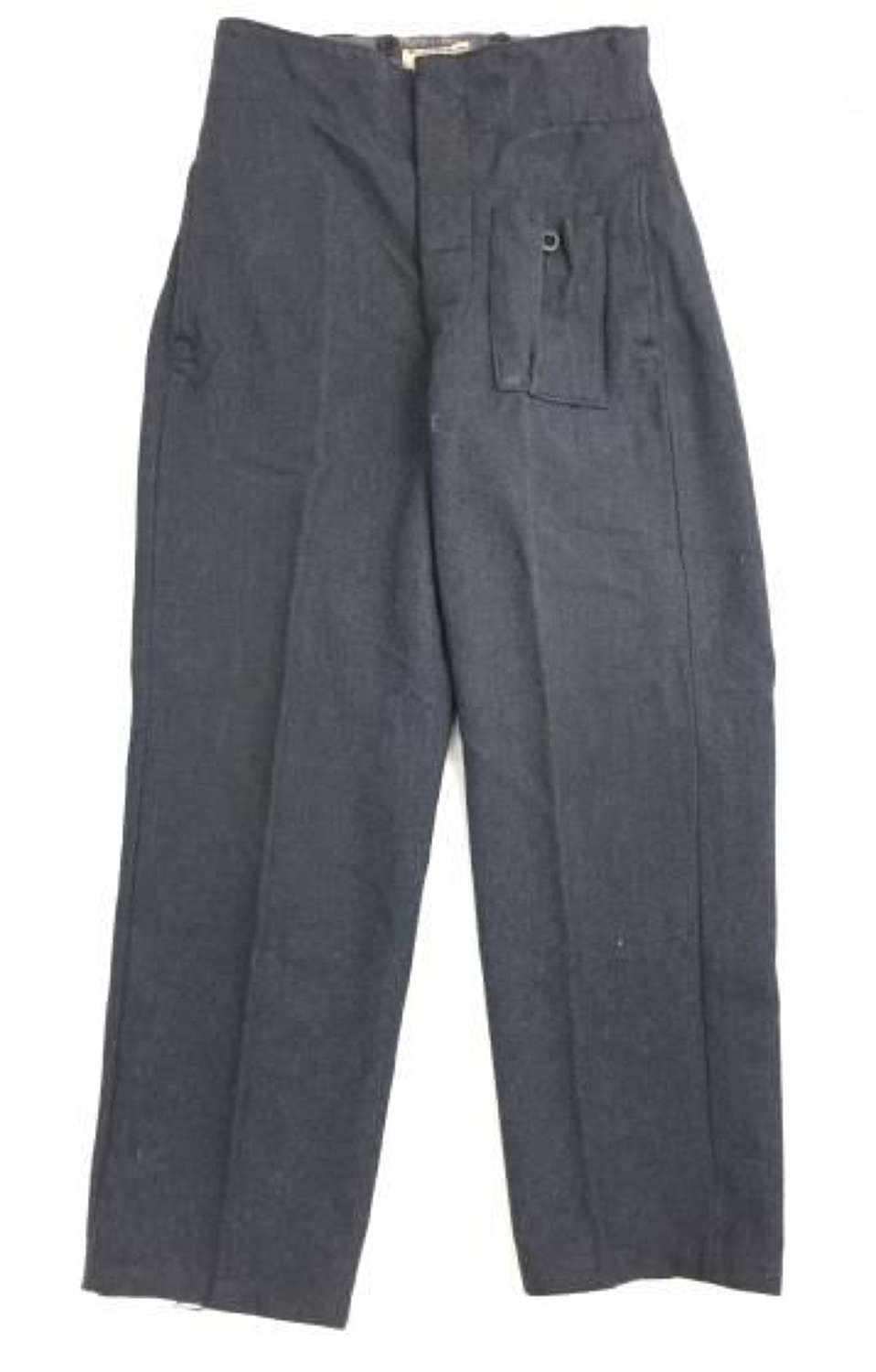 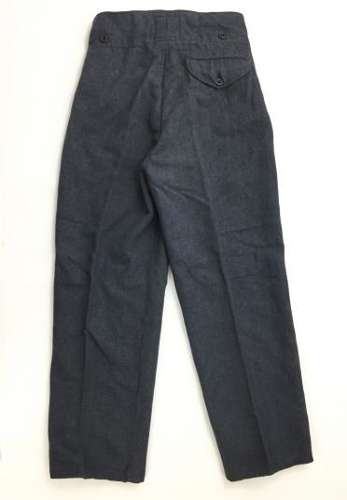 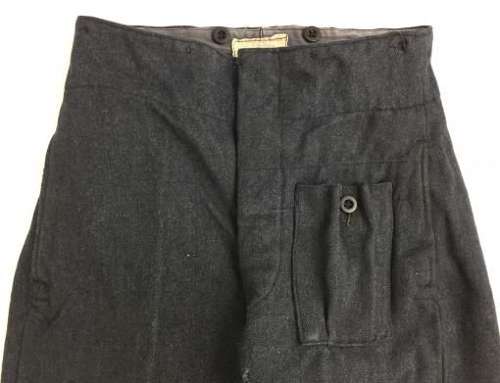 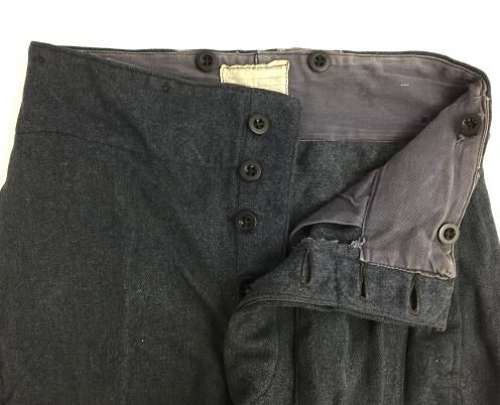 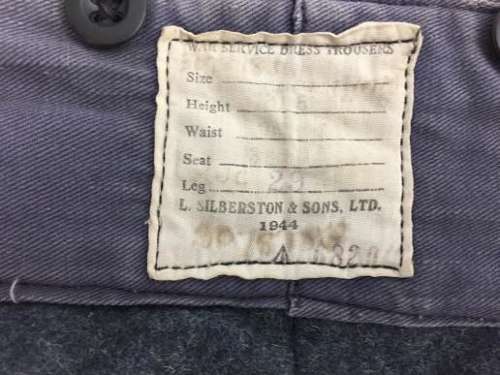 SOLD
An original pair of 1944 dated RAF War Service Dress Trousers as worn by aircrew's and Ground Crews from 1943 onwards.

Inside the trousers the original label is still present and the 1944 date is clear an legible as is the manufactures name 'L. Silberston & Sons Ltd. The sizes are now hard to read except for the inside leg measurement which is clearly 29". The trousers are a smaller size with roughly a 30" waist.

The overall condition of the trousers is good but there are numerous marks from wear and the occasional hole, although nothing particularly noticeable. The is a small pair to the crotch and some fraying to the bottom of the legs which can be seen in the main picture. The trousers have obviously been used as a working pair rather than a best pair and have wear consummate with this. The dress pocket for instance is creased and could be pressed back to look smarter. Personally I like the trousers as they are.