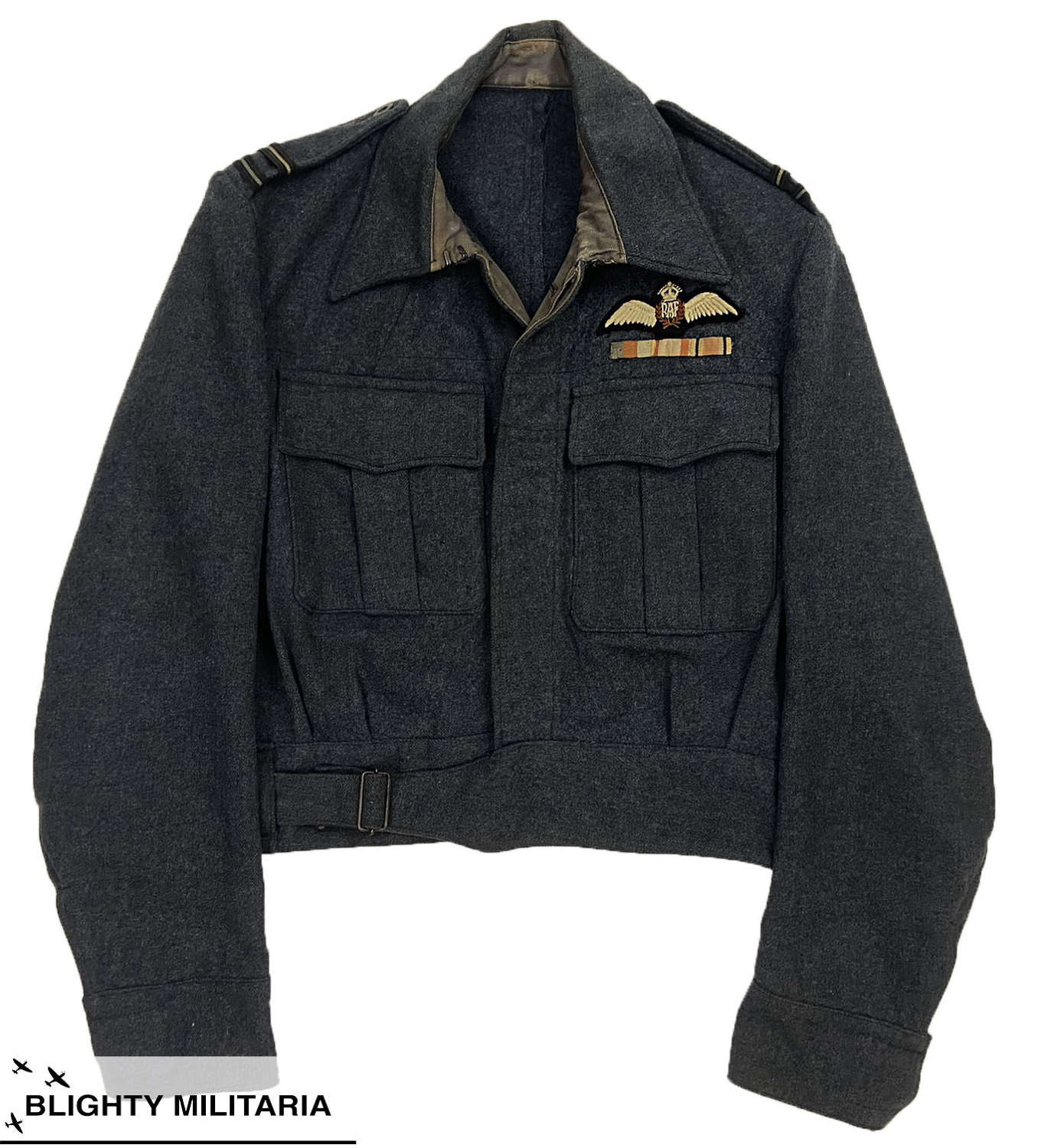 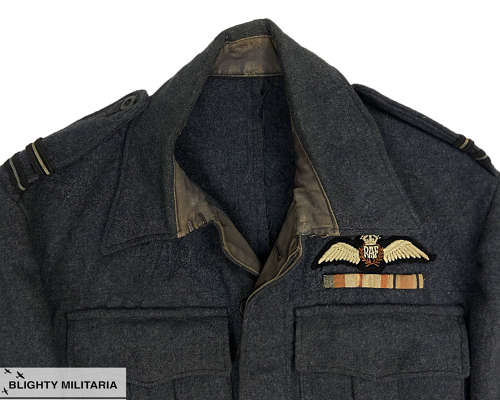 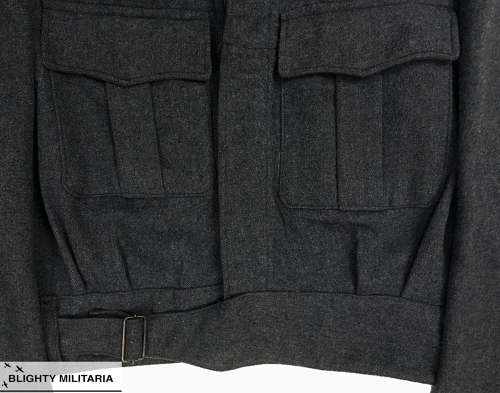 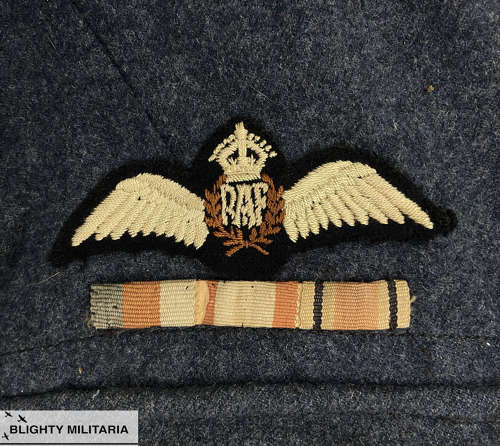 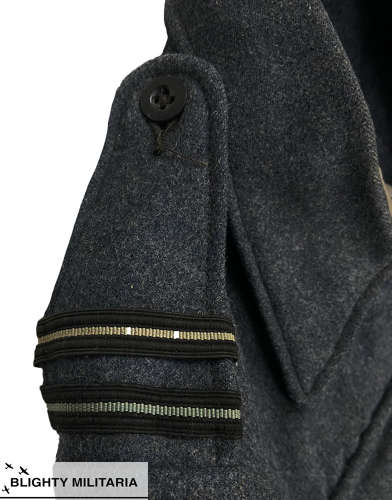 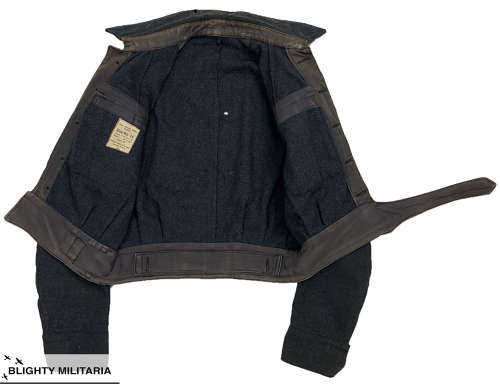 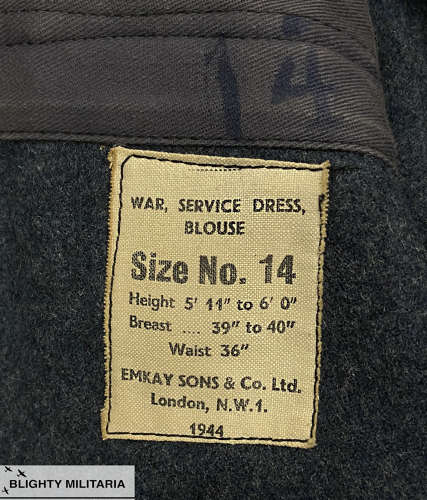 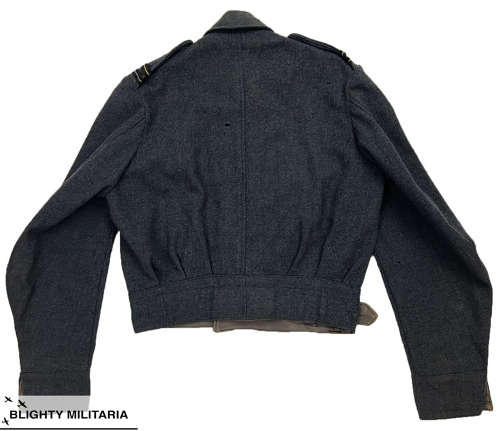 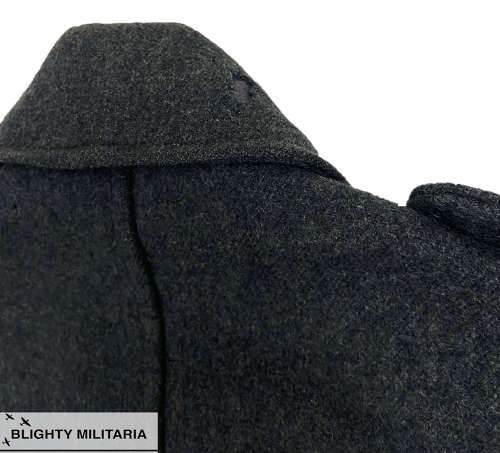 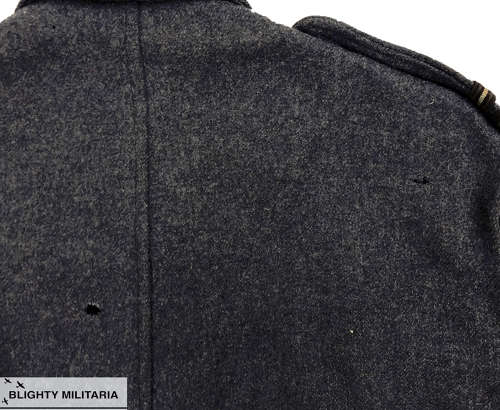 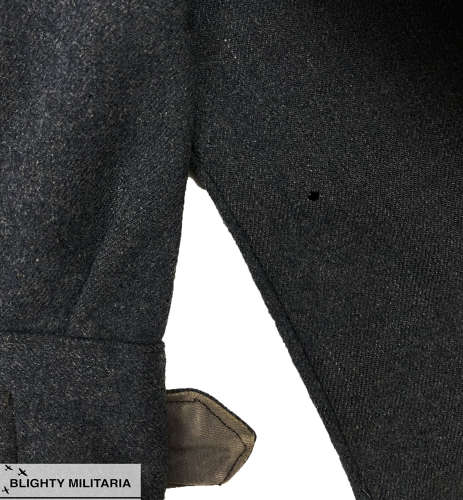 An original 1944 Dated RAF War Service Dress Blouse which belonged to a pilot named 'Taylor' who served in Italy during the Second World War.

This jacket was found alongside a matching RAF Officers Service Dress uniform and a battledress uniform. All the items belonged to a pilot who served in Italy and are currently available in separate listings. Sadly nothing more is known about the original owner but they are all excellent original wartime used uniforms.

The jacket is a standard issue example made in 1944. It is possible that the jacket was issued to the original owner upon his return to serve in Great Britain as he had a battledress set in khaki whilst serving in Italy. The jacket features a flat pattern pilot's wing to the chest, below which are medal ribbons including the 1939-45 Star and the Italy Star. Two lengths of rank braid are fitted to each epaulette which denotes the rank of Flight Lieutenant and matches that found on his other uniforms.

Inside the jacket the original label is still present and is bright and legible. It bears the title 'War, Service Dress, Blouse' below which is the size of 14. The maker is a rare one which is rarely encountered and reads 'EMKAY SONS & Co Ltd, London N.W.1'. Below this is the 1944 date.

The jacket is in good condition overall and it displays well. There are a few holes which have all been included in the pictures. Please take time to study these before purchasing and bear in mind that this is a vintage, pre-owned item which has some small issues commensurate with age.