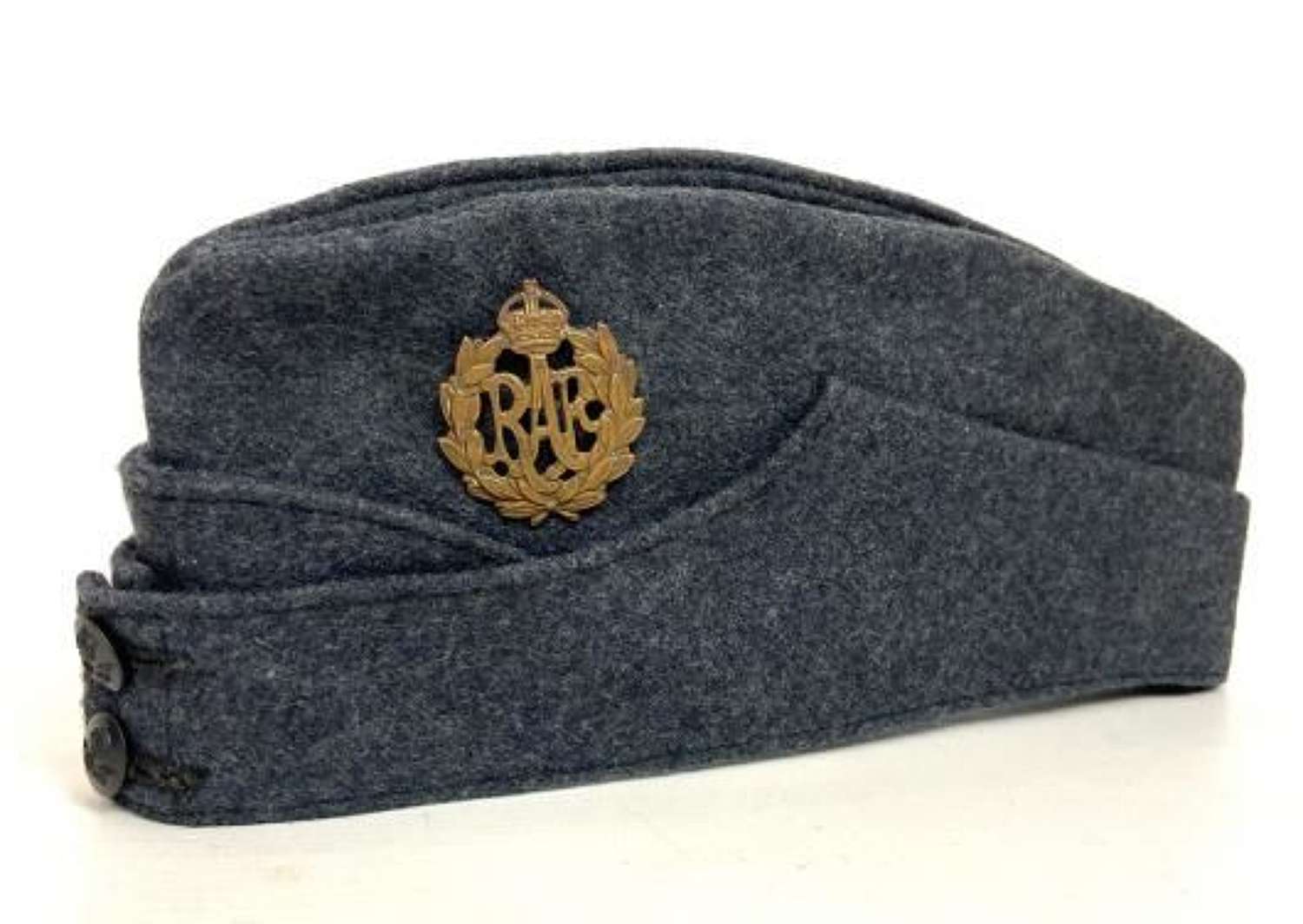 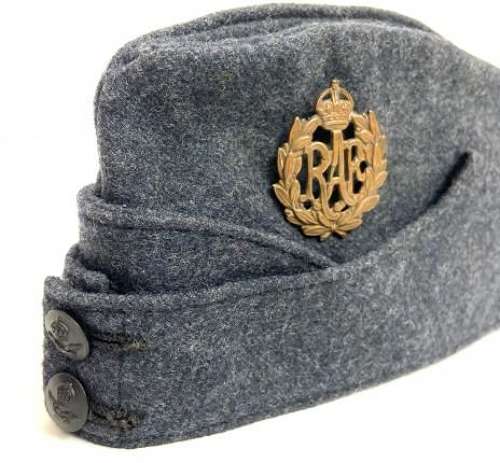 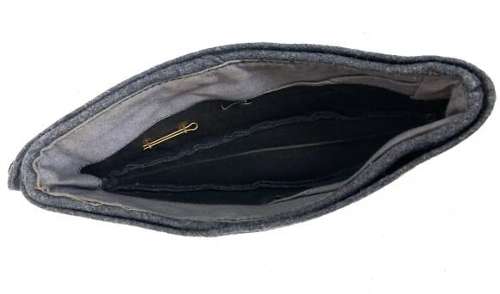 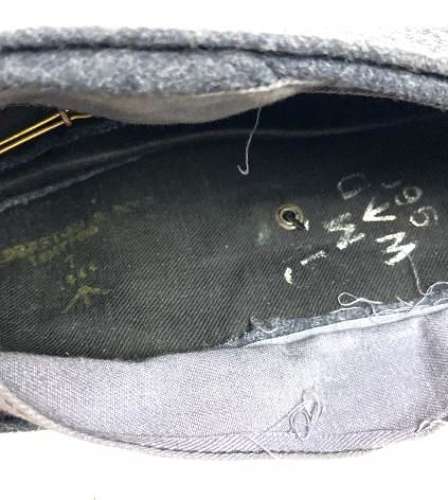 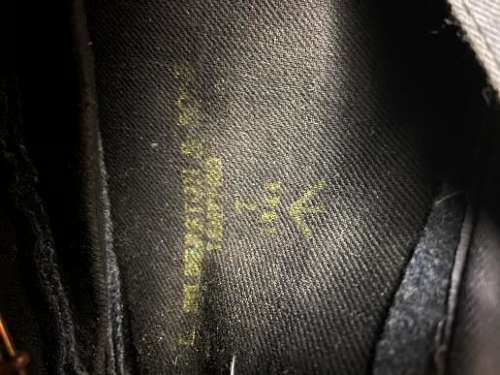 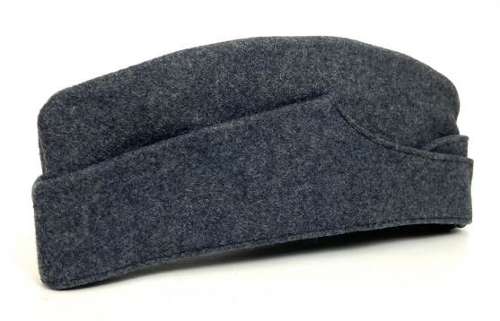 Inside the cap still retains its original markers stamp which state the year of manufacture as 1944 and the size as 7. The War Department broad arrow is still in evidence and the makers name 'L. Silberstein & Sons' is also visible.

The condition of the cap is very nice as can be seen in the photographs. Whilst the cap has been worn it hasn't seen heavy use and still displays very well indeed.

All in all a very nice original war dated RAF OA cap which would suit both the collector and the re-enactor.