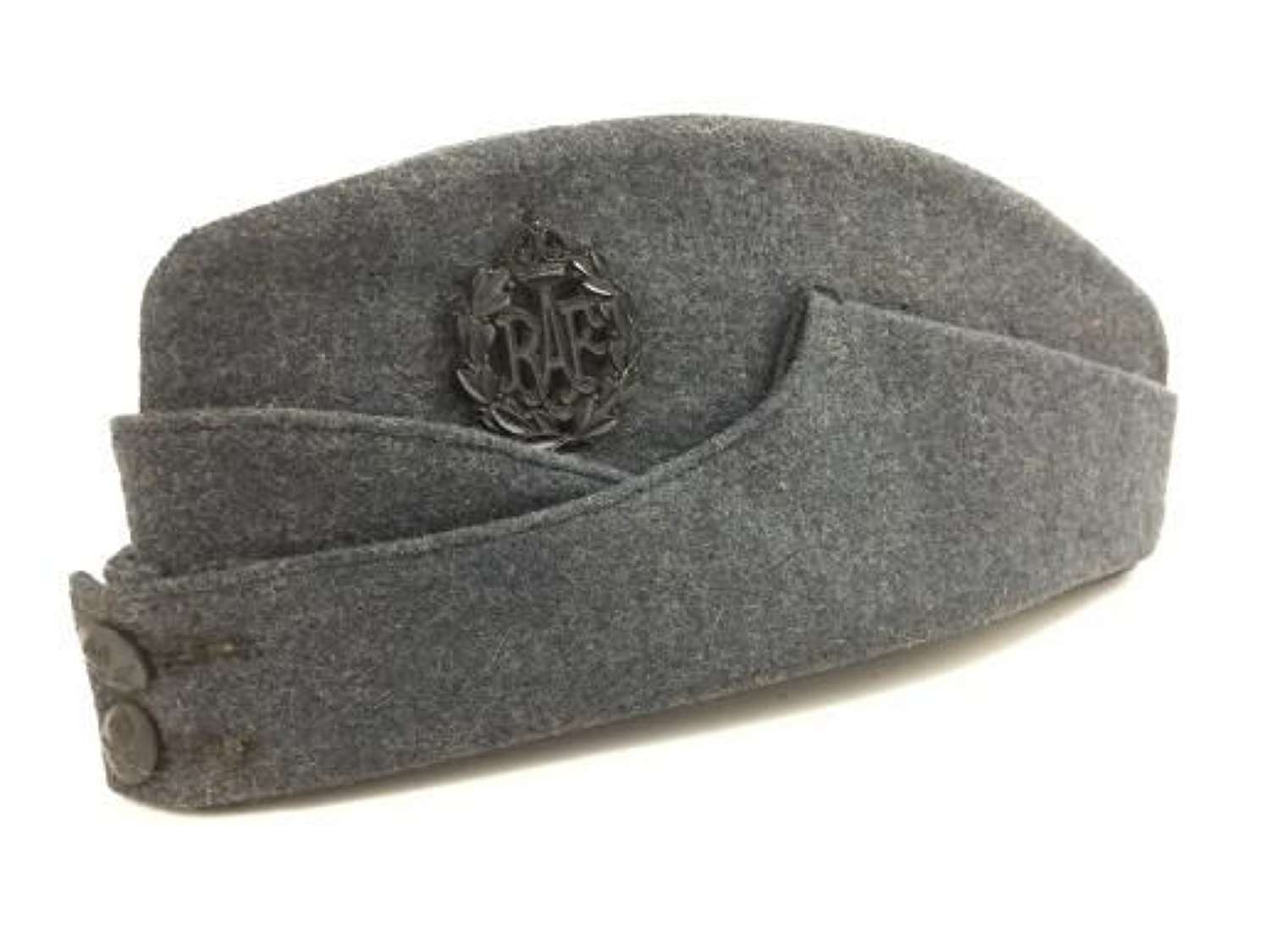 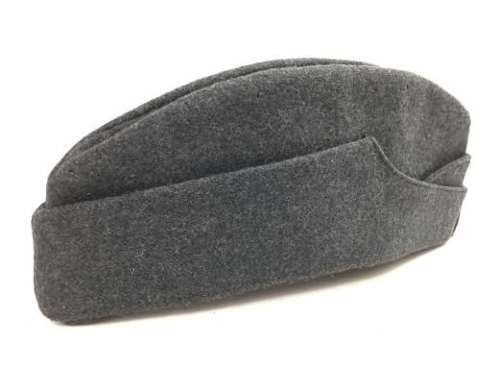 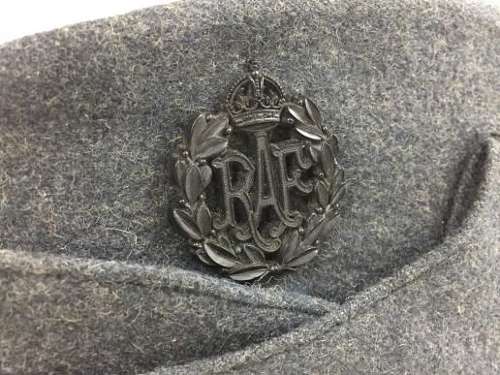 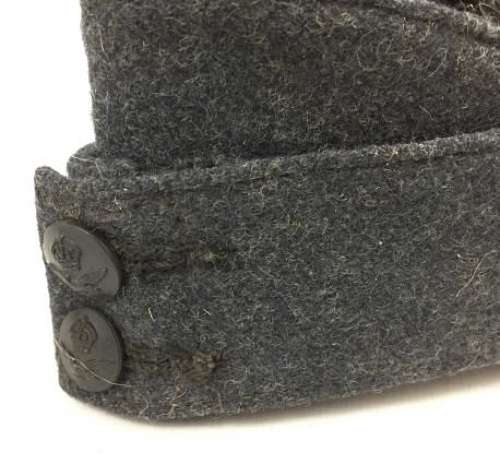 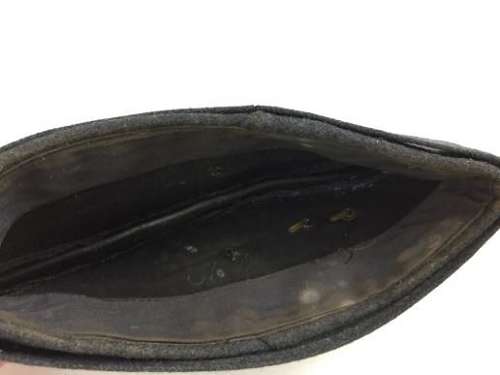 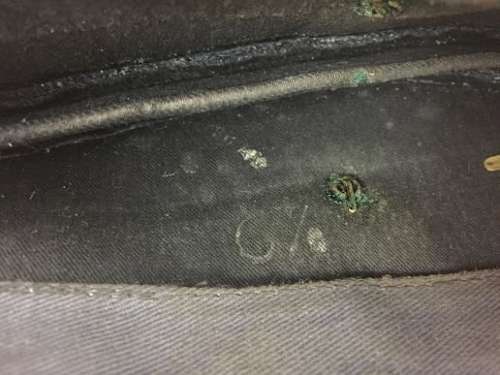 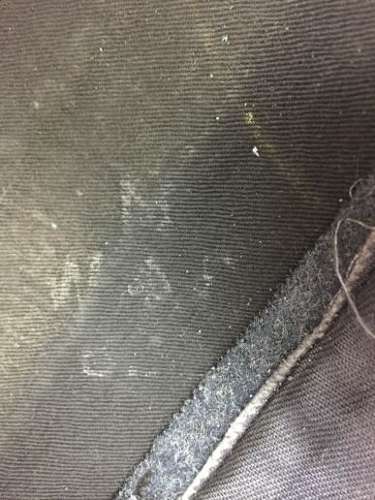 The manufactures stamps inside have sadly worn away leaving only some details legible. The size is marked as 6 7/8 and the War Department stamp is also still intact and is surmounted by the letter 'M' which denotes 1944 as the year of issue.

The condition of the cap is good as can be seen in the pictures. It is still a nice deep RAF blue colour and not a washed out, worn example as often seen on the market .There is some light soiling to the interior but this could most likely be carefully clean out.

Altogether a nice wartime cap with the sought-after economy buttons and badge combination which looks so wartime. Ideal for the collector or Re-enactor.