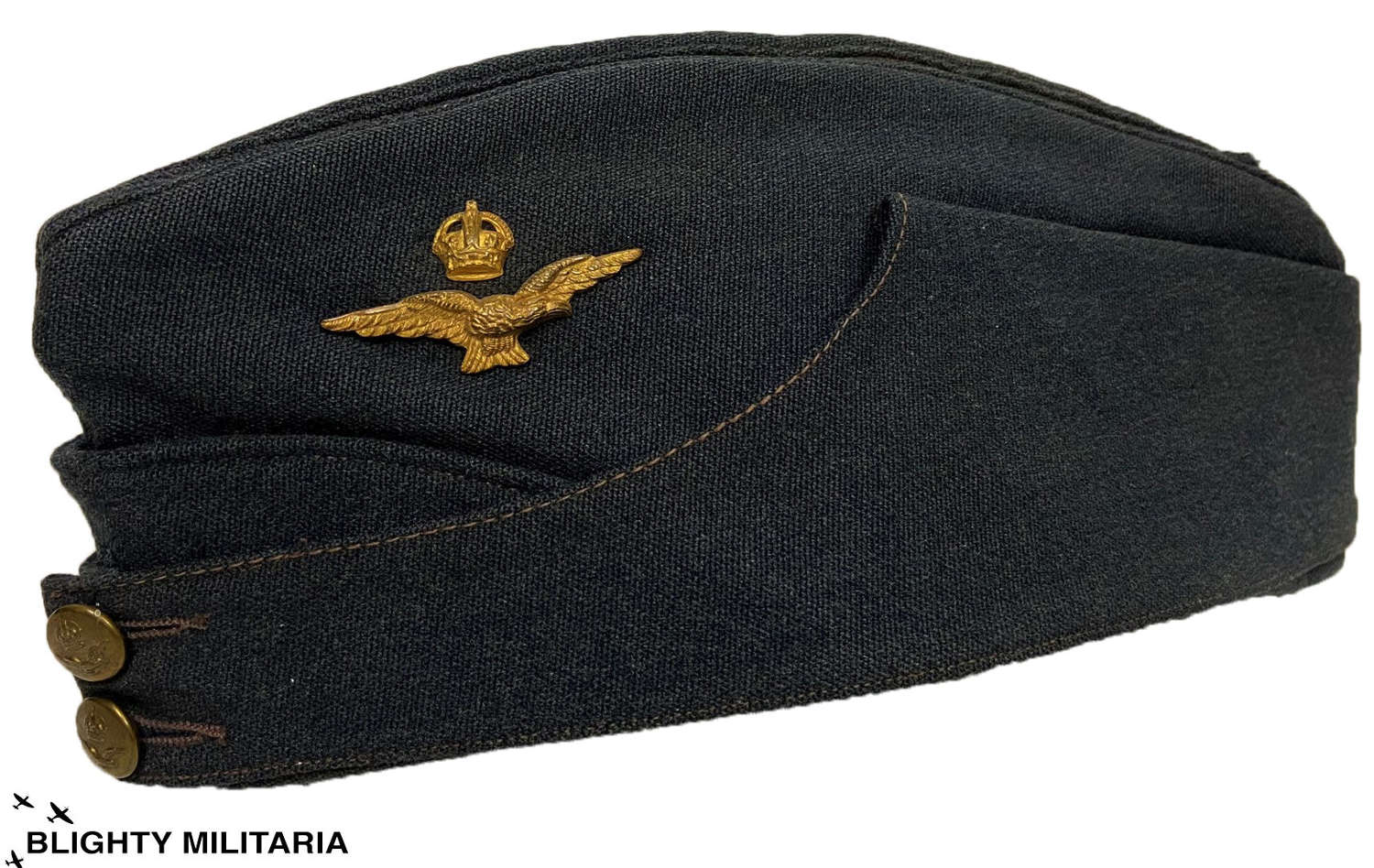 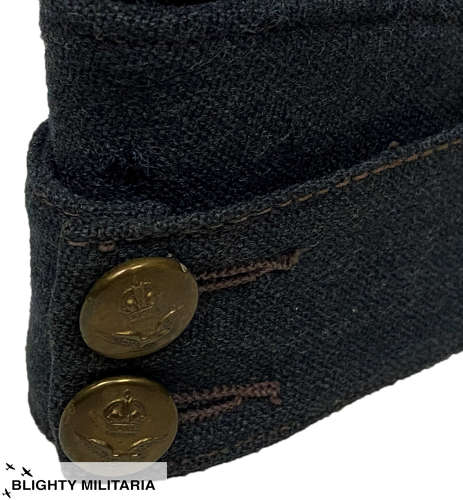 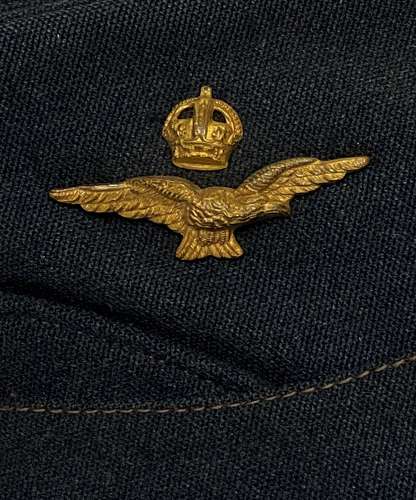 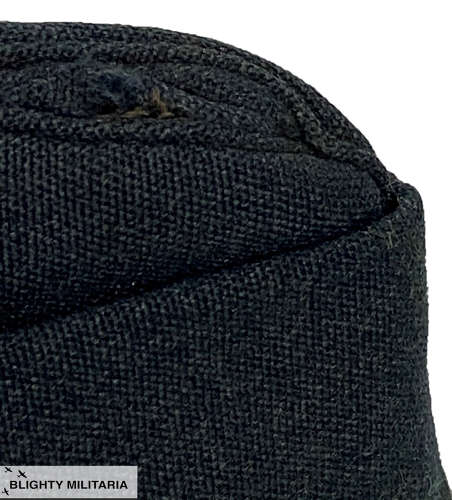 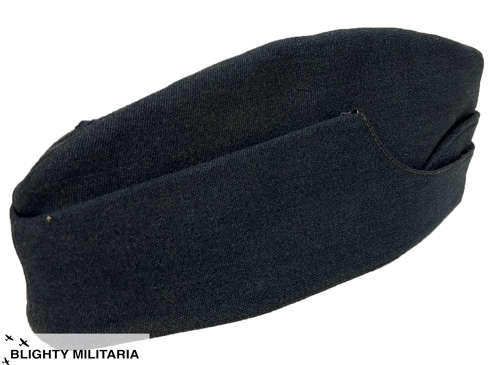 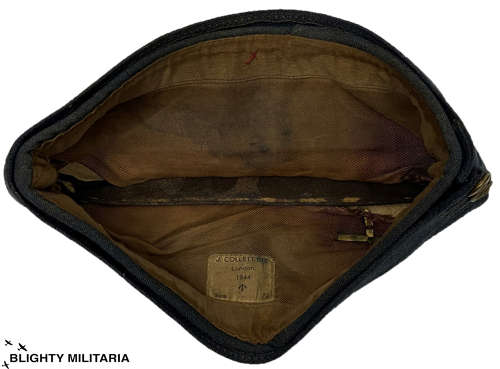 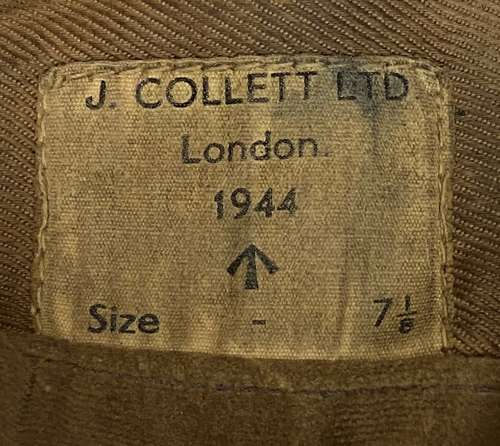 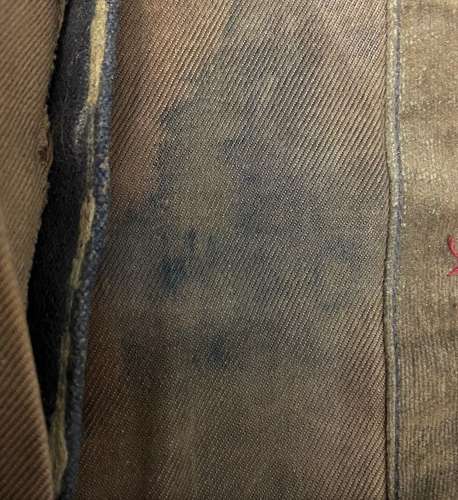 These caps were a popular alternative to the peaked cap for RAF officers during WW2 as they were much easier to store in a pocket or similar. They were worn throughout the war in all theatres and also worn by Warrant Officers.

This particular example was made by 'J. Collett Ltd' of London in 1944 and is a typical 'issue' cap. It is made from the standard RAF blue coloured barathea wool and features a brass King's crown badge to left side and two brass King's crown RAF buttons to the front. The interior of the cap is lined with a golden coloured rayon material and velvet headband is fitted around the opening.

Inside the cap the original maker's label is still present and bears the manufacturer's name as well as the 1944 date, War Department broad arrow and the size of 7 1/8. There is also evidence of where the War Department acceptance stamp was marked to the lining although it is only just visible now.

The cap is in good condition and it displays very well with some signs of wear and age. There is a hole to the rear where the stitching has come away on the top seam and another small hole to the front which is obscured by the curtain and two front buttons. Part of the lining material has been removed throughout the top of the inside of the cap. None-the-less it is still wearable but please bear in mind that this is not a perfect example.

A nice original wartime side cap with a great label and clear wartime date.