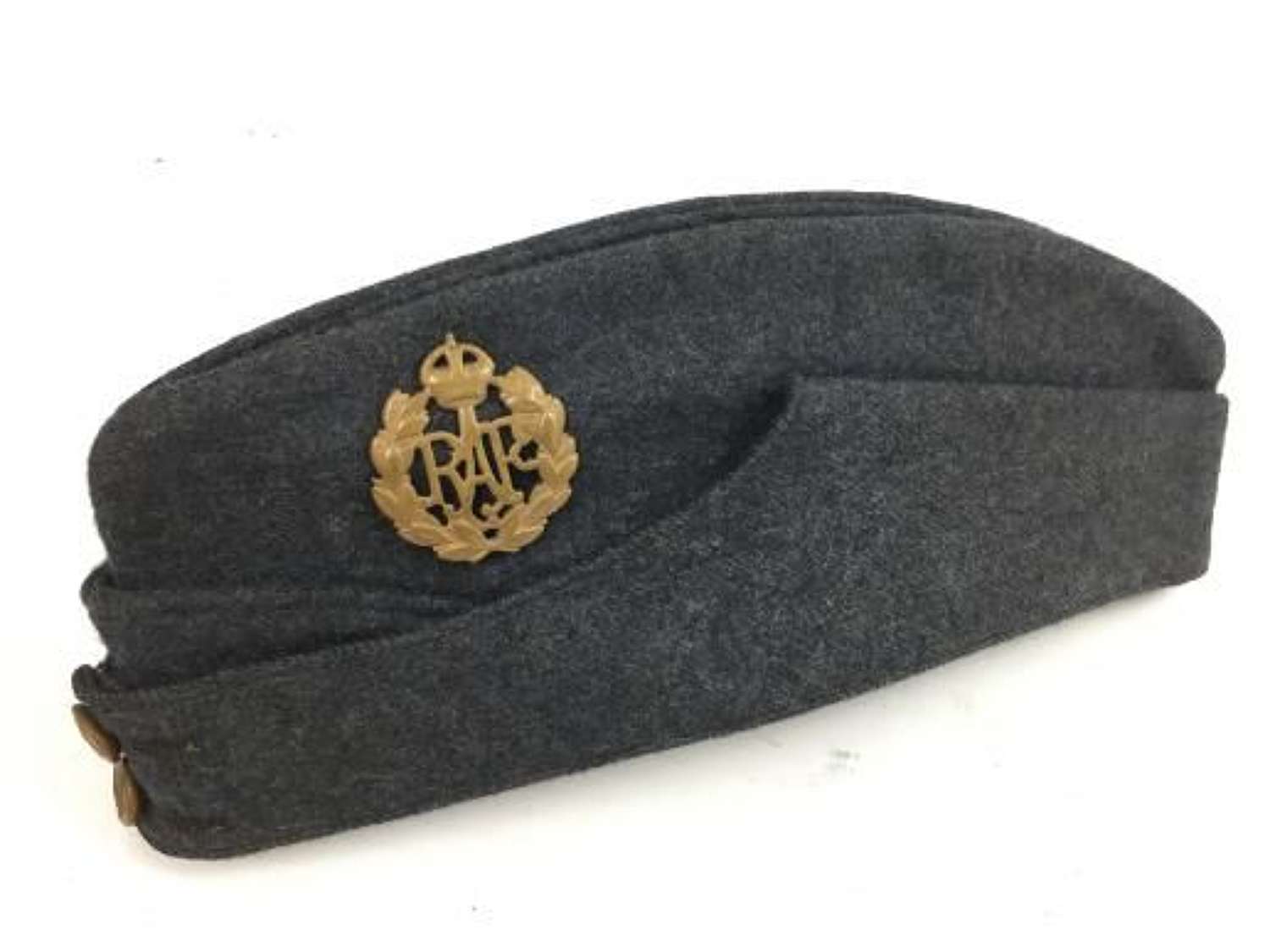 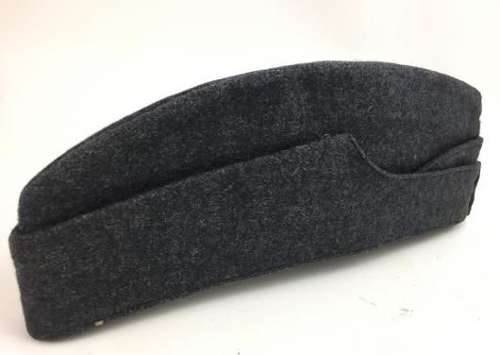 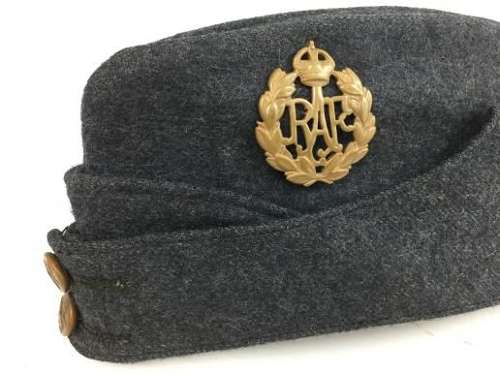 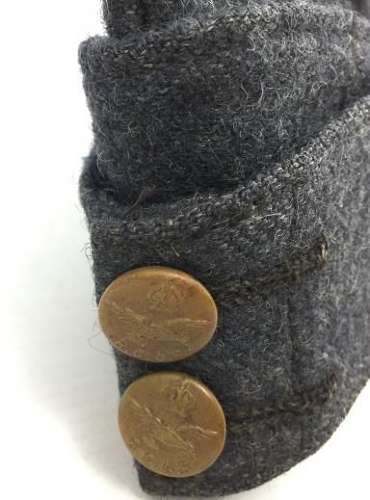 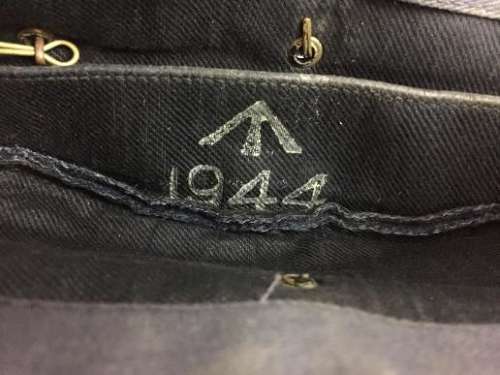 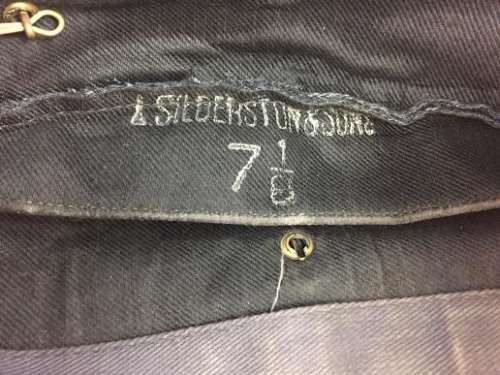 The cap is in excellent condition as can be seen in the photographs. It is still a nice deep blue colour and not a worn washes out example. There is. I damage or mothing to the exterior and interestingly it features two bras RCAF buttons to the front as well as the standard RAF cap badge.

The interior is also in good condition and all the stamps are present and still clearly legible. The makers name and size are stamped in white to one area and the 1944 date and War Department broad arrow to another.

The cap is a 7 1/8 which is a good wearable size for re-enactment.

Cpl Bamford’s other items are currently listed including his jacket, trousers and paperwork.

A very nice example of a wartime RAF OA side cap on very nice condition with good clear markings and in a wearable size.