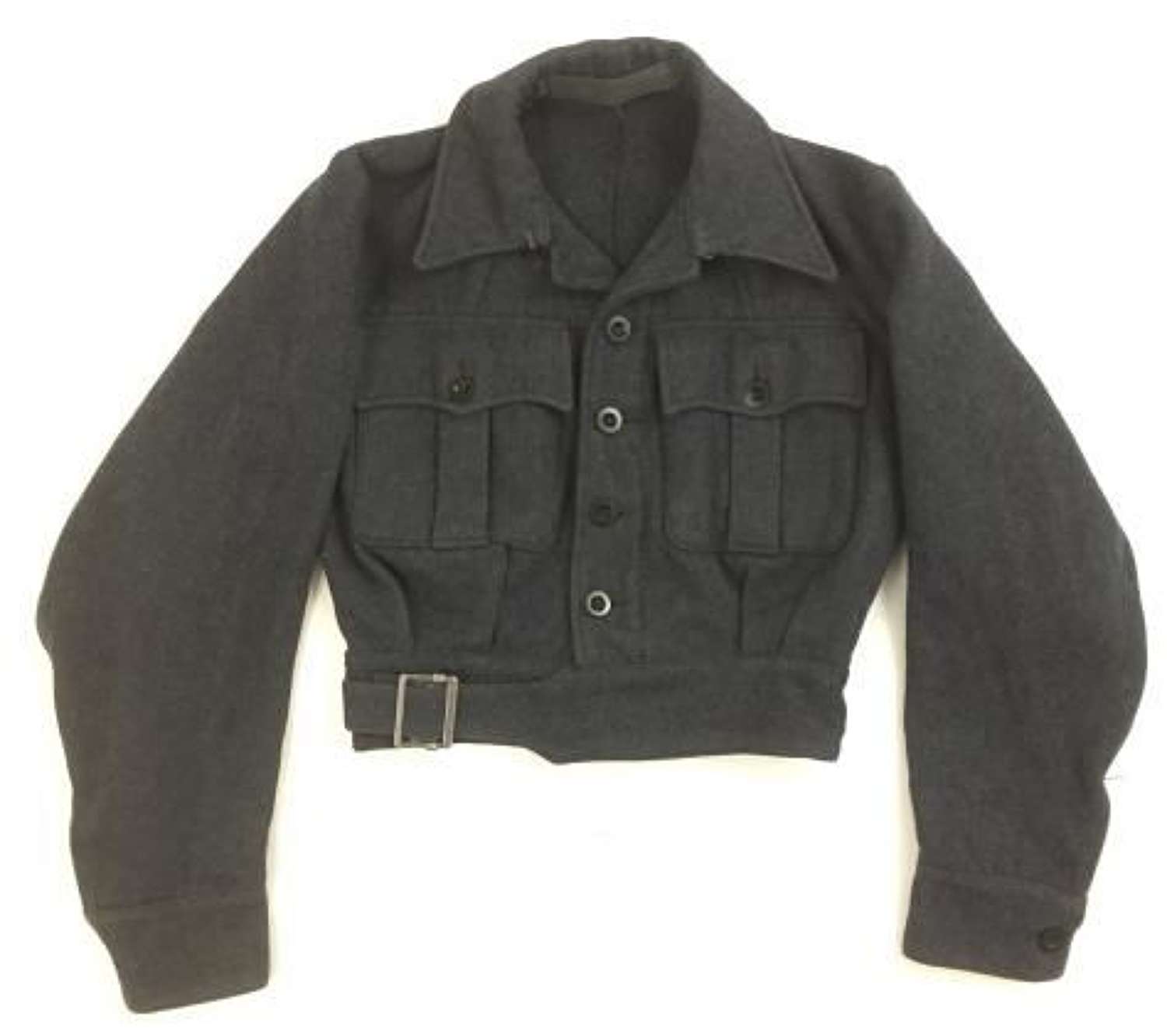 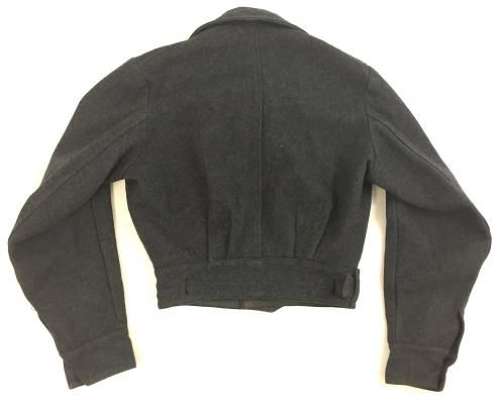 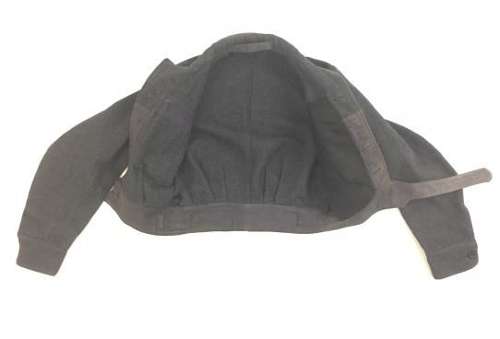 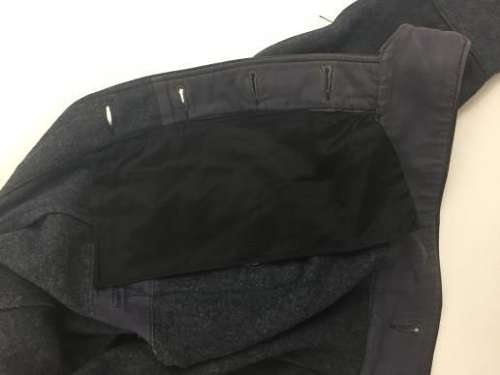 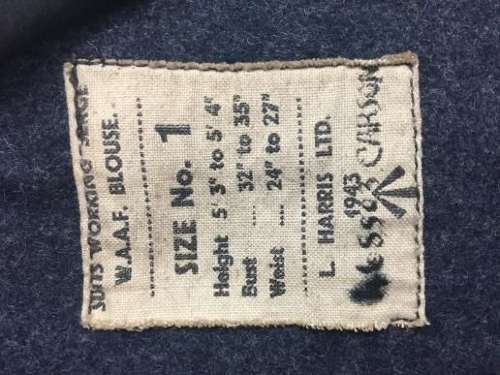 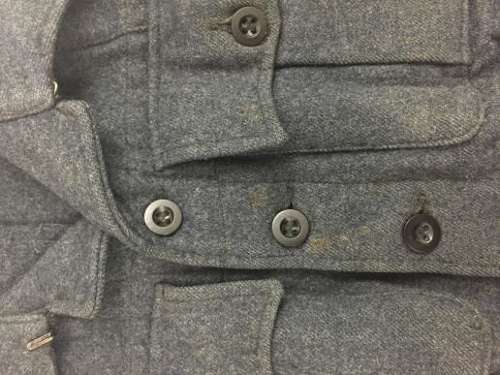 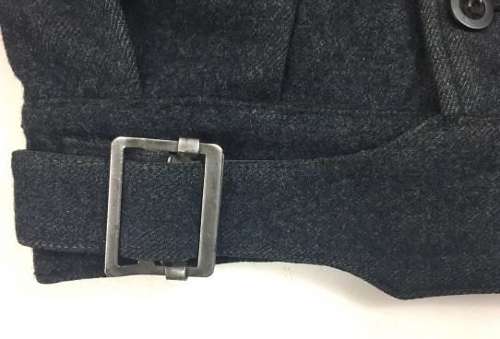 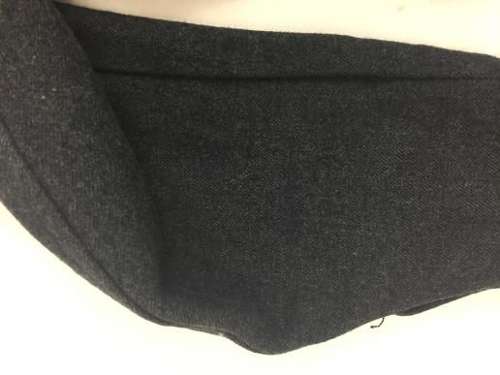 This pattern of blouse came into issue with the WAAF during 1941 as a working dress. It mirrors the men's jacket in a number of ways and is made from the same RAF blue wool serge material. This particular example is the austerity pattern which features exposed buttons.

Inside the jacket has had an internal pocket added by hand. I bought two jackets which were almost identical and clearly belonged to the same women and both had this addition. It is a nice period feature, typical of the sort of thing done during the war. Behind this pocket is the original label is still bright and legible. It states the size as No. 1 and was made by 'L. Harris Ltd'. The 1943 date is present as is the War Department broad arrow marking.

The overall condition of the blouse is good and it displays well. It has been issued and worn but has not seen excessive wear. There is the odd hole and a small repair on the inside arm as well as some small areas of discolouration to the front of the jacket. All of these things are only noticeable on very close inspection.

All in all a nice original women's item which is clearly dated and in good condition. WAAF uniform is becoming much harder to find and this would make a great addition to any WW2 collection.