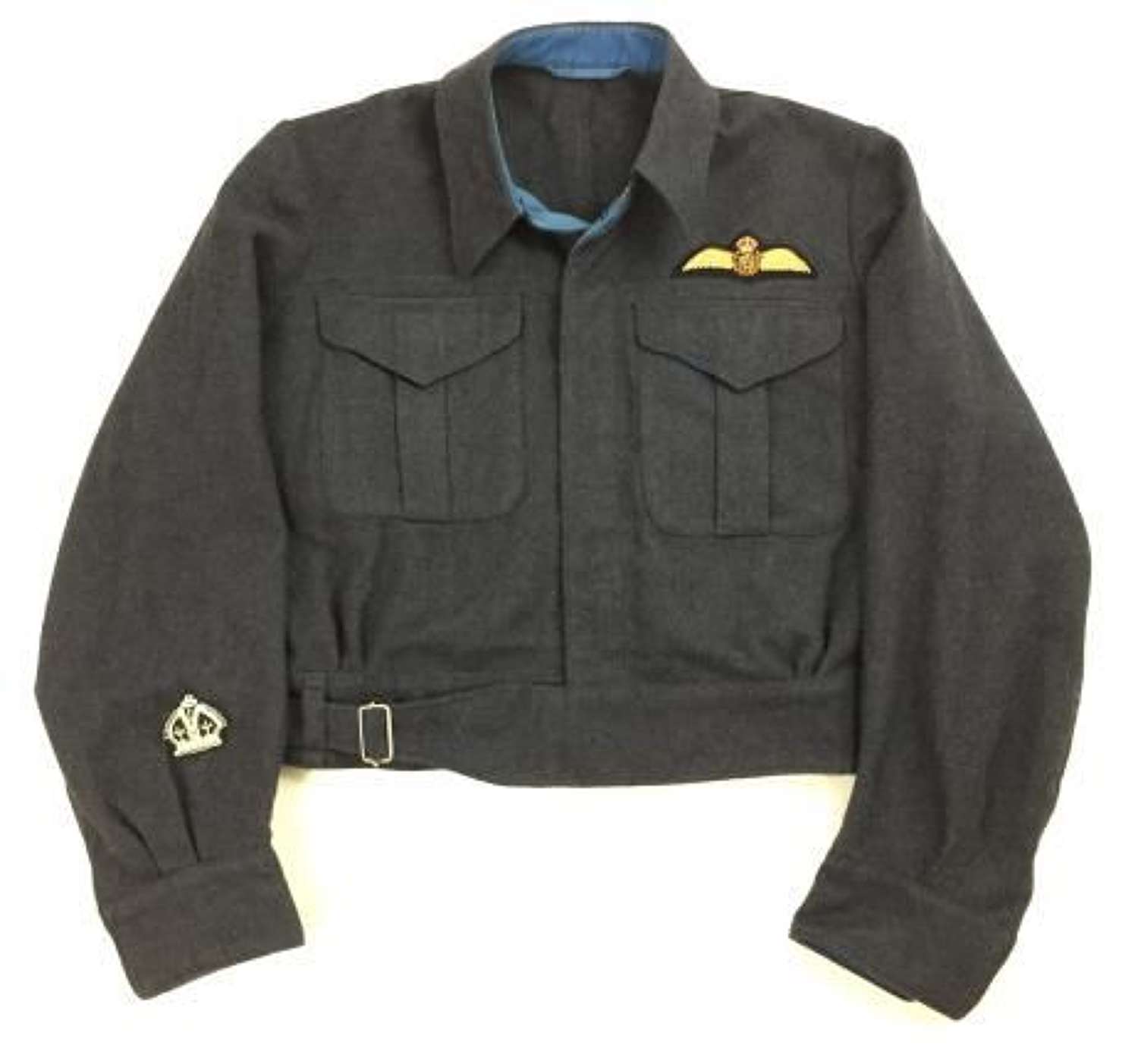 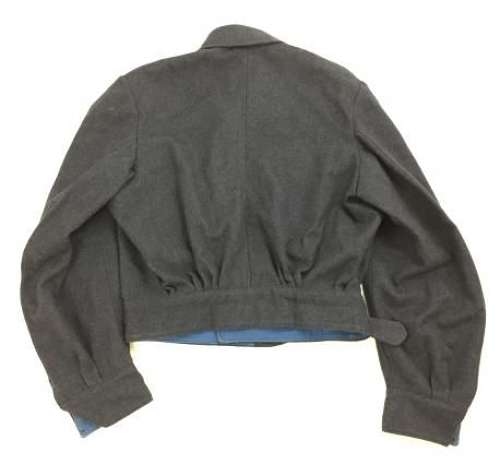 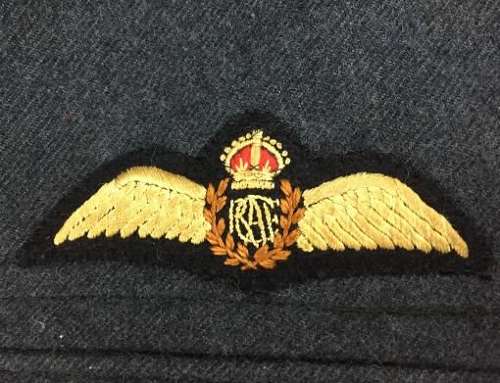 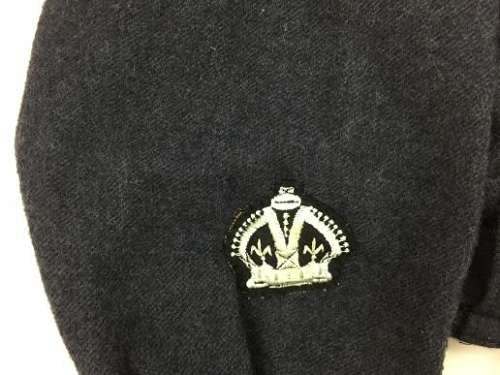 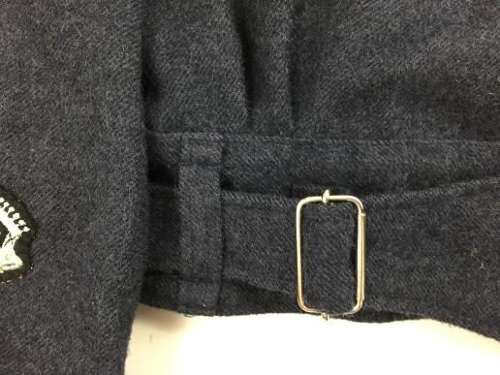 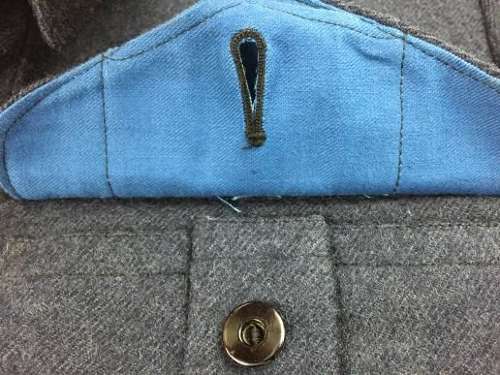 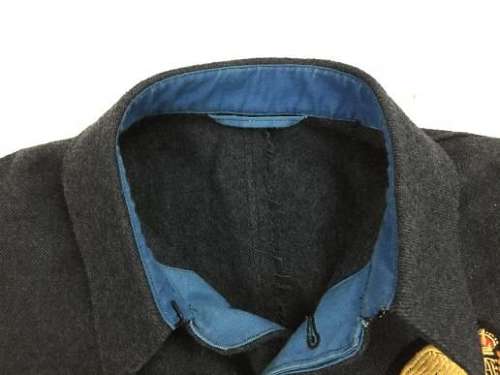 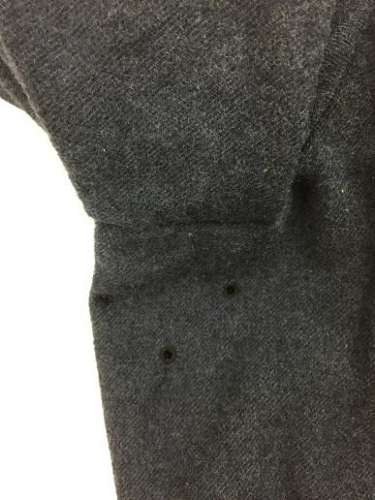 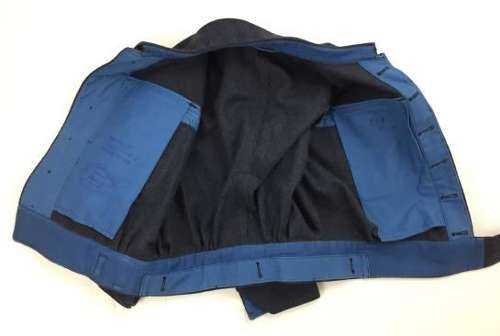 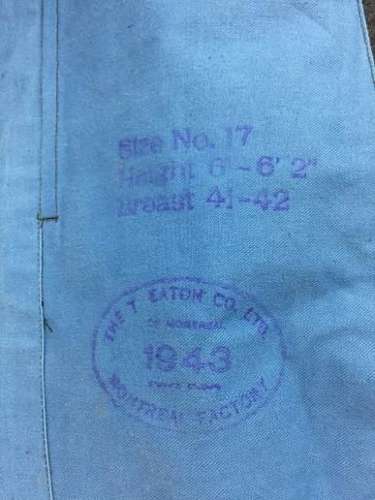 This jacket is very similar to British made examples but has a variety of features which are typical of Canadian made items. The first and most obvious difference is the colour of the jacket which is a much darker shade of blue than the British made examples. The pocket flaps are also the Canadian pointed style, the buttons are Canadian patter and the lining is a much darker indigo blue. Under the arms are three stitched vent holes which is another trait of Canadian made battledress.

Inside the jacket still retains its original stamps which state the tunic as being as size 17 which will fit someone between 6' and 6' 2" and up to a 42" chest. A very generous size for an original item! Below this is the makers stamp and 1943 date. The Canadian War Department stamp can be found on the opposite interior pocket.

The jacket features pilots wings and a warrant officer rank badge to the lower right arm. These badges look nice and really set the jacket off although in my opinion they are later additions and were not on the jacket during the war.

The condition of the jacket is fantastic as can be seen in the pictures. It has clearly been well look after throughout its life and hasn't suffered from excessive wear or washing. The serge material is still a lovely deep RCAF blue colour and the lining is still indigo blue.

Overall a cracking original war dated Canadian blouse in a very good wearable size making it ideal for the re-enactor as well as collector!