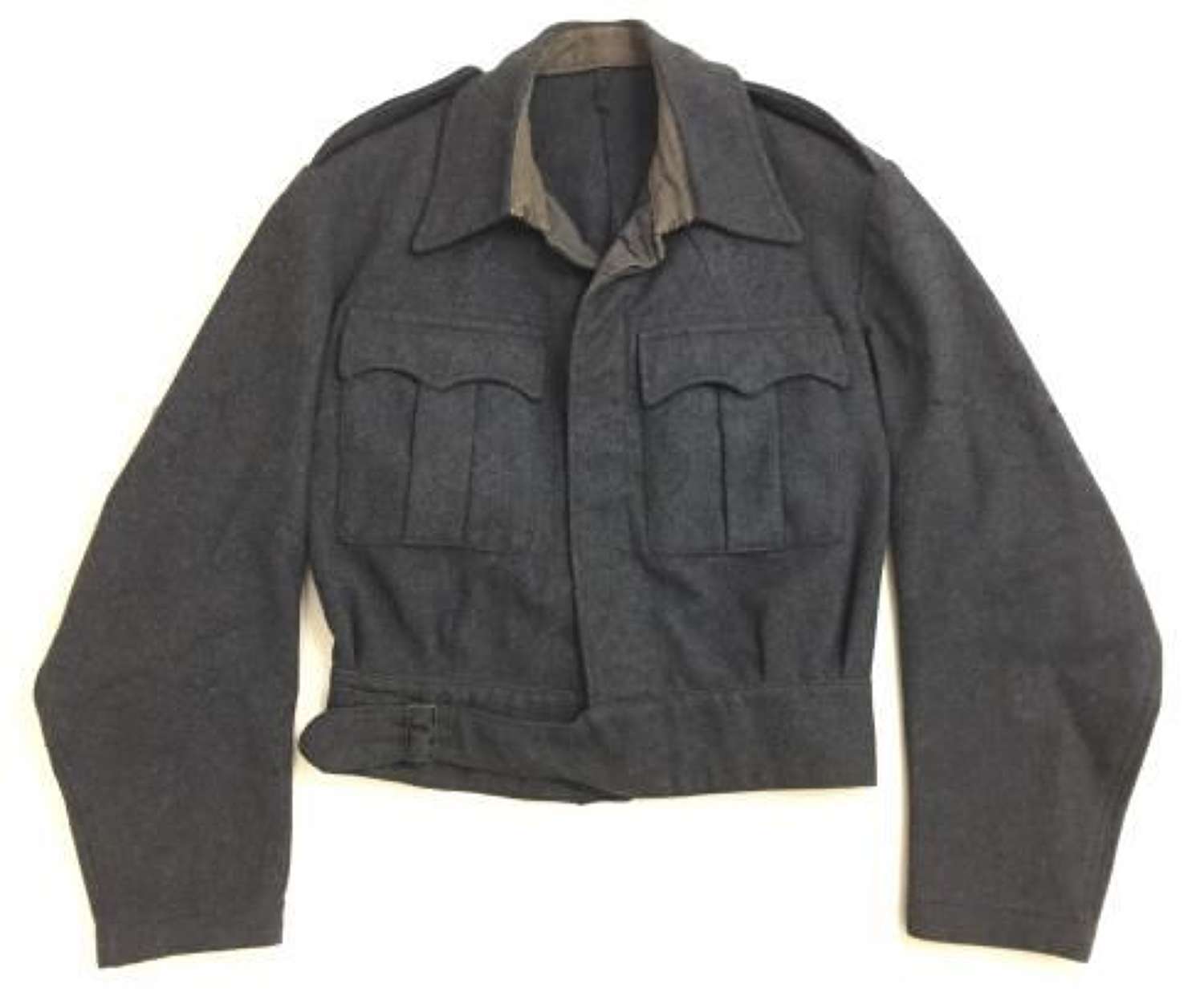 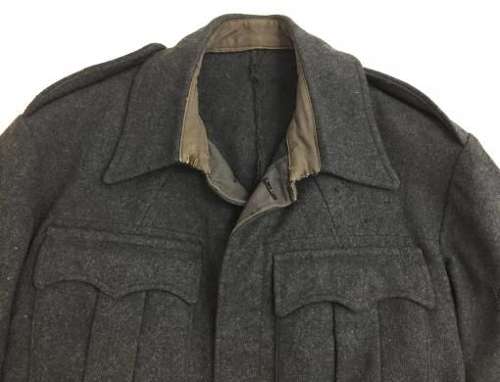 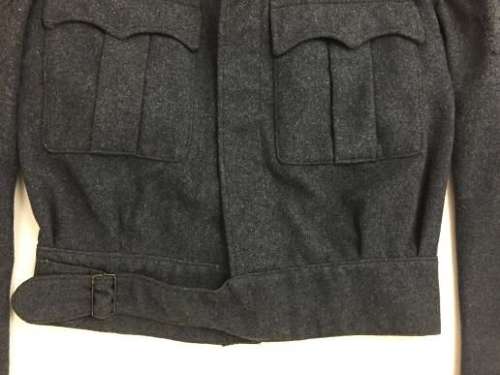 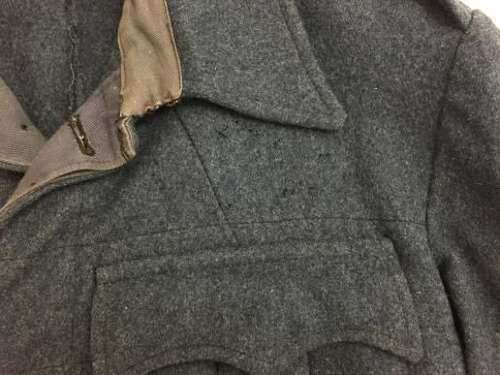 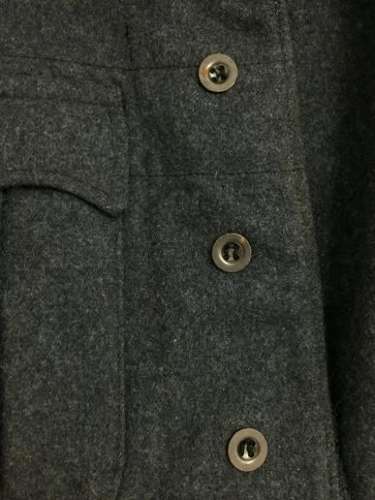 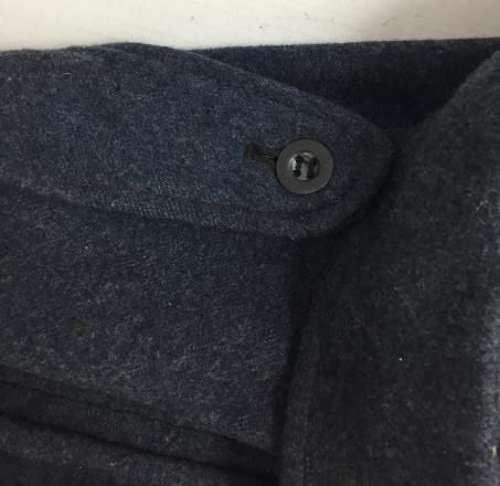 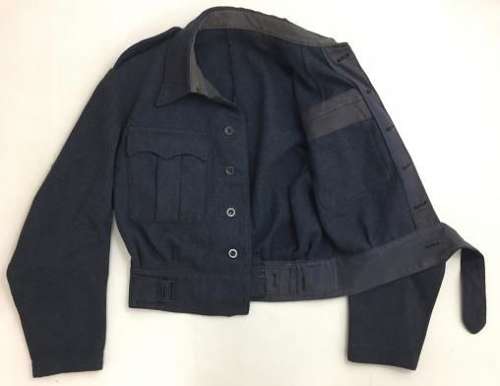 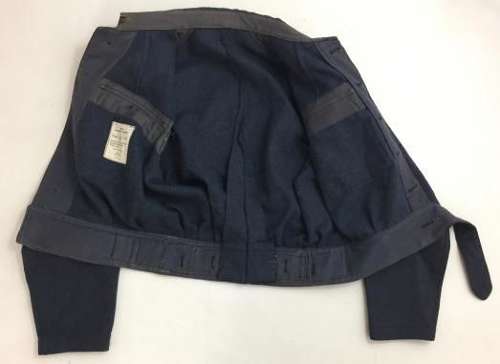 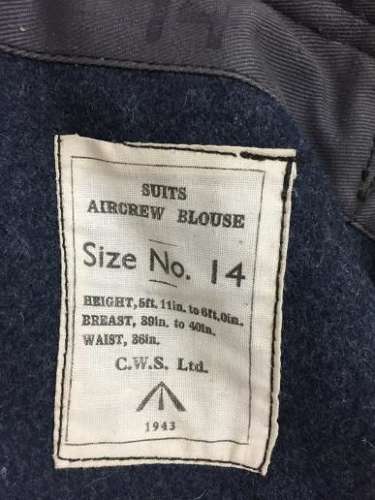 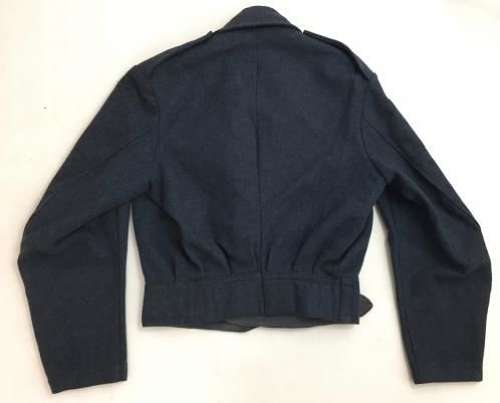 Harder to find than the late war 'War Service Blouse' often seen on the market, this jacket came into service with the RAF in late 1940. One of the defining features of these early jackets is the stamped metal buttons which can be found on the front closure as well as the epaulettes. It also features the wire waist buckle which is usually associated with early manufactured battledress.

There is evidence above the left chest pocket of where a badge has been previously indicting possible aircrew use originally. There is also evidence on the sleeve of where stripes and albatross badges have been stitched on previously.

Inside the jacket still retains its original manufactures label which states the size as 14, the maker as 'C.W.S Ltd' (Co-operative Workers Society) and the date as 1943. The War Department broad arrow marking is also present.

The blouse has been altered from the size stated on the label and looks to be a period conversion. This was common if there was an airman who didn't fit into the issue size range. When laid flat it measures -

The condition of the blouse appears to be good with no signs of major wear or damage that I can see. This is a pre-owned vintage item of almost 80 years old though so may have issues consummate with this.

All in all a nice original WW2 RAF Jacket with a good clear date. Ideal for the re-enactor and collector alike!