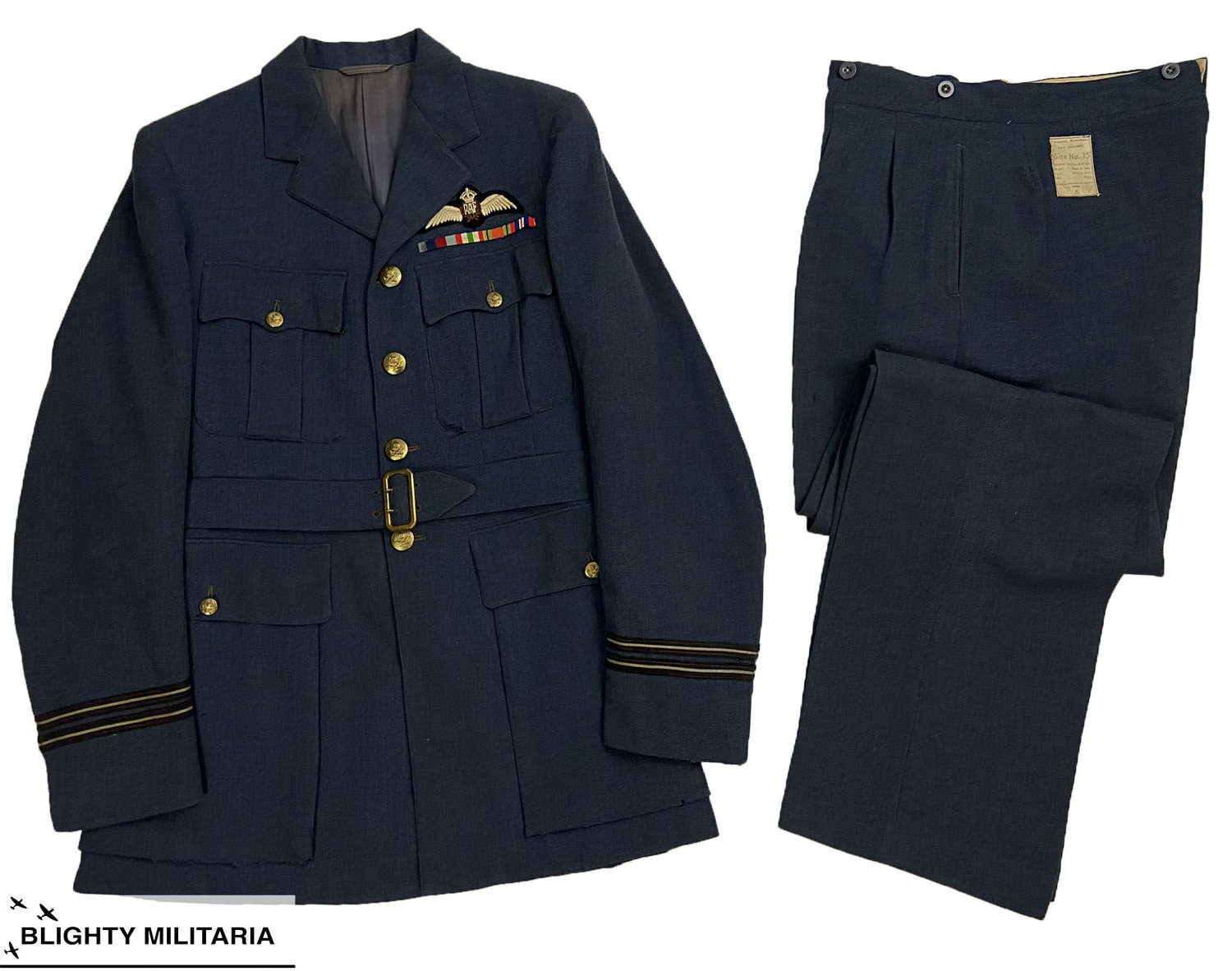 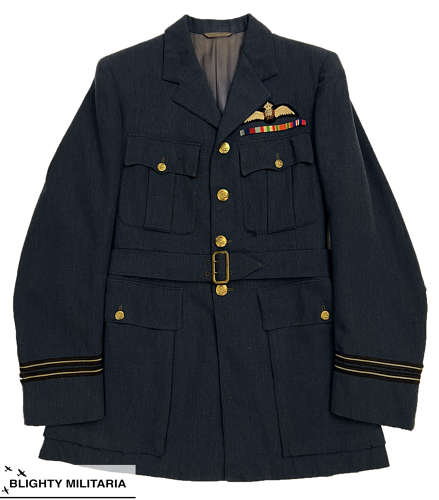 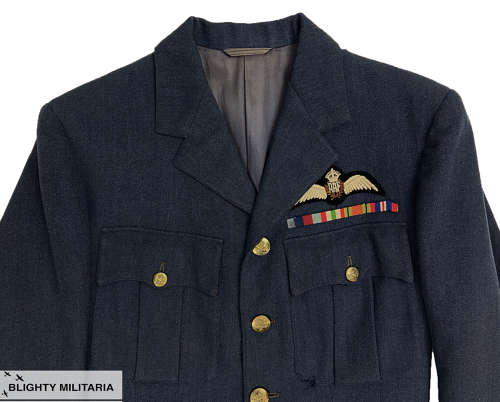 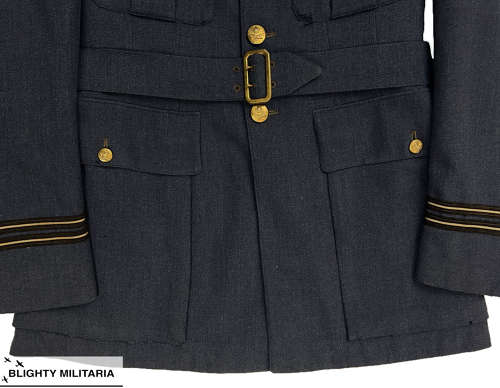 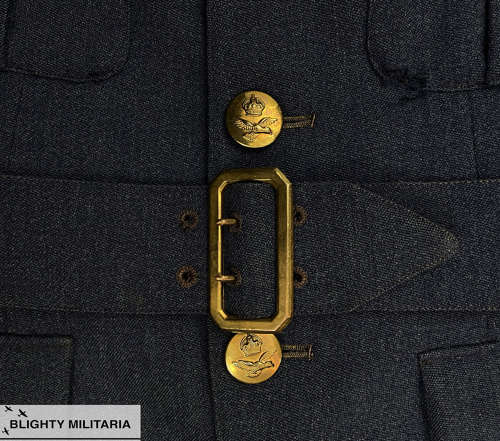 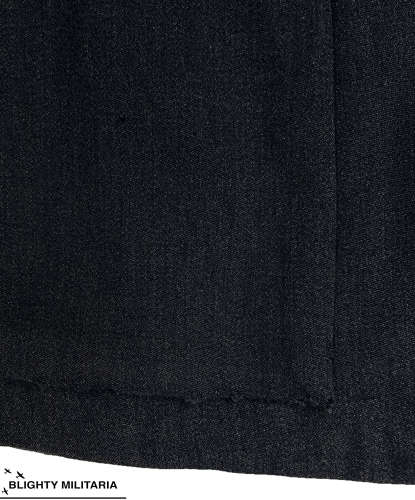 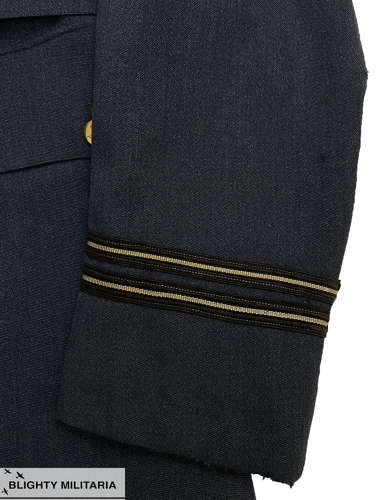 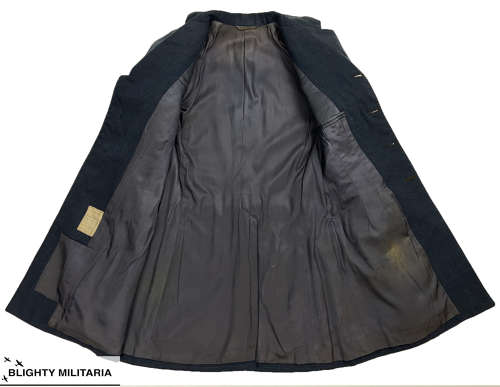 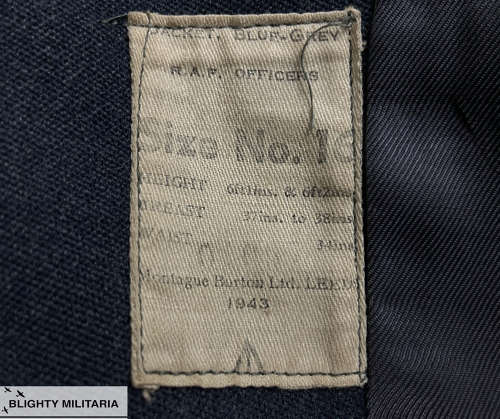 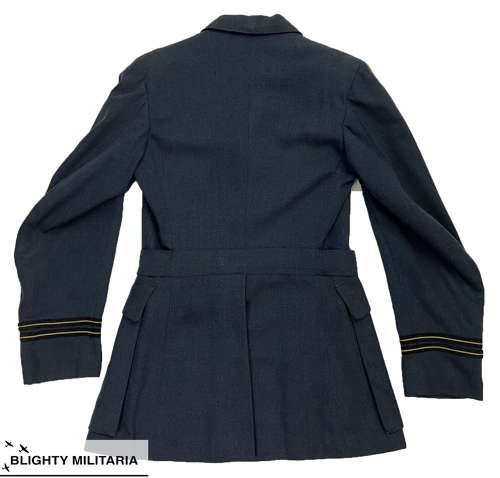 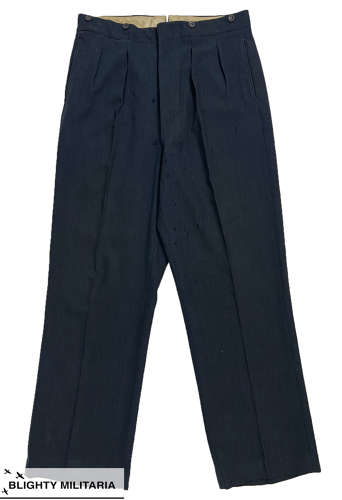 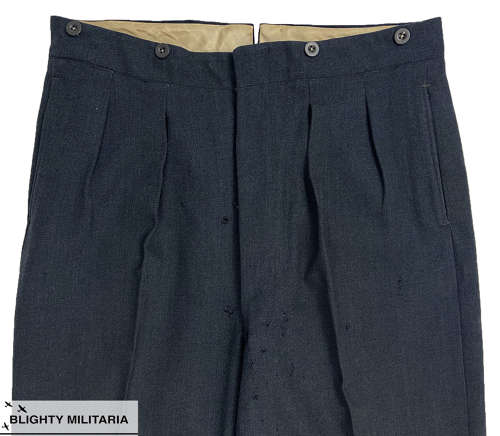 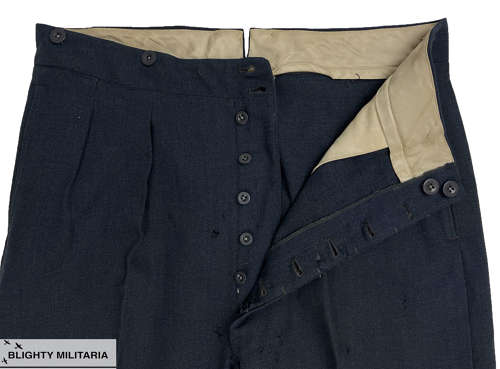 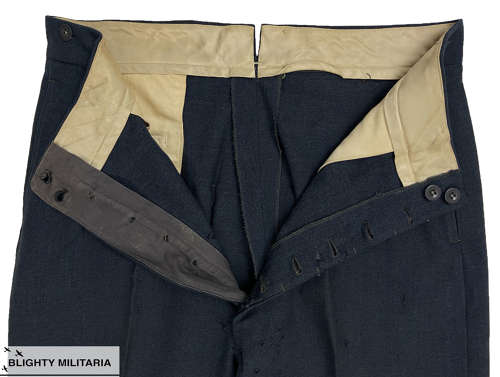 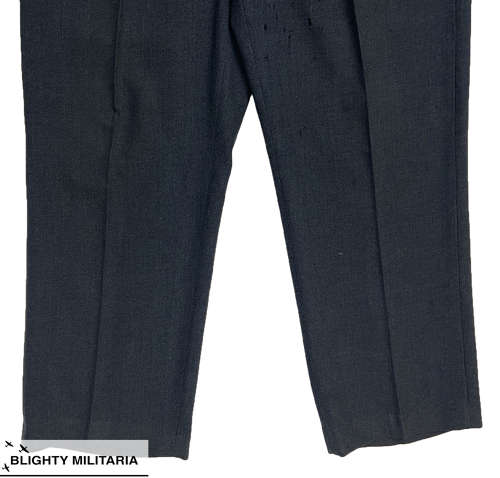 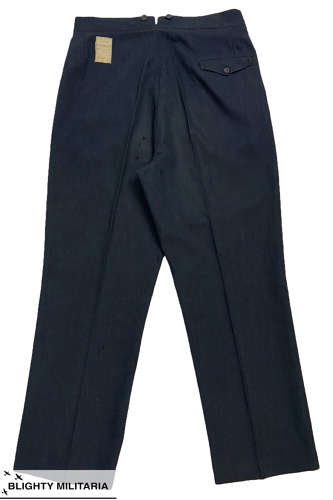 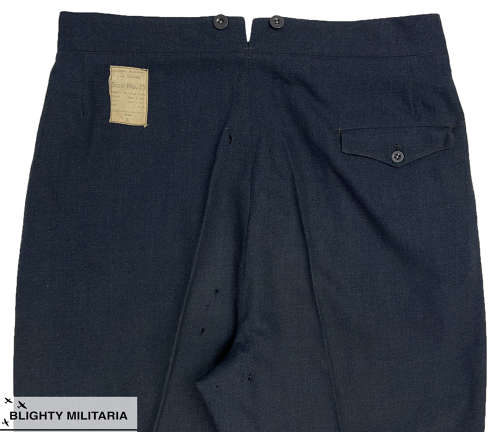 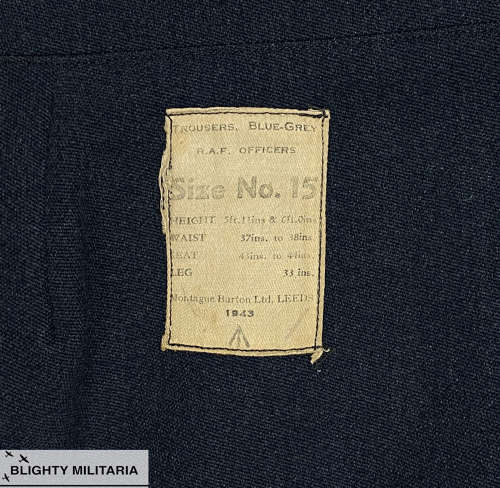 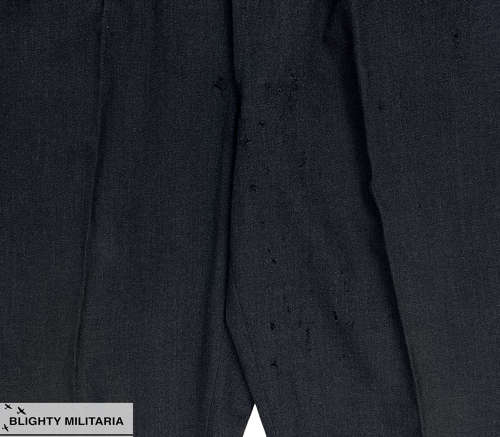 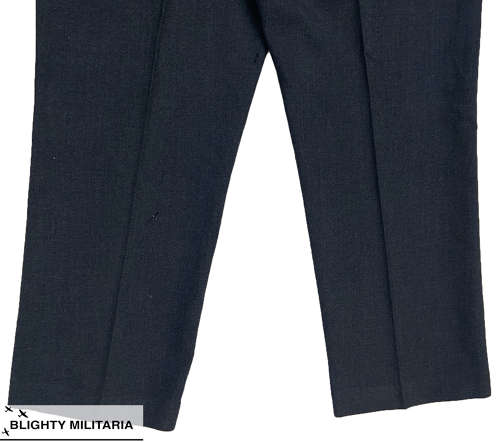 An original 1943 dated RAF Officer's issue uniform which belonged to a pilot named Taylor who flew in Italy during the Second World War.

This uniform was found alongside a matching RAF War Service Dress jacket and a set of New Zealand made green battledress. All the items belonged to a pilot who served in Italy and are currently available in separate listings. Sadly nothing more is known about the original owner but they are all excellent original wartime used uniforms.

This set of Service Dress is particularly nice as it is an issue set rather than the more common private purchase examples usually encountered. It is also a rare tall size.

The suit is made from the standard RAF blue coloured wool barathea material and the jacket features a four button front as well as a matching waist belt with brass buckle. All pockets fasten with brass King's crown RAF buttons and more are fitted to the fasten the front. The jacket is fitted with a flat pattern King's crown RAF pilots wing below which are medal ribbons including the 39-45 Star and the Italy Star which would suggest the original owner flew operationally in Italy as well as in Great Britain. Two rings of rank braid are fitted towards the end of each sleeve which denotes the rank of FLight Lieutenant which is the same rank found on his other two uniforms.

The interior of the jacket is fully lined in a rayon material and features a hanging loop at the neck and a First Field Dressing pocket to the skirt. The original label is still present and is bright and legible. It bears the title of 'Jacket Blue-Grey RAF Officers' below which is the size of 16. The maker's name of Montague Burton is also present as is the War Department broad arrow marking and the 1943 date.

The trousers are made from the same material as the jacket. They feature a high rise waist, wide leg and button fly which are all typical period features. They also have a twin pleated front and buttons are fitted around the top of the waistband which braces can be attached to. The rear of the trousers features a single pocket as well as the issue label which is still in good condition and completely legible. It bears the title of 'Trousers Blue-Grey RAF Officers' along with the size of 15. Like the jacket, the maker's name of Montague Burton and the date is 1943 which makes for a very nice matched set.

The suit will fit a taller size which is hard to find today. When laid flat it measures -

The set is in reasonably good condition for its age but does have flaws. On the whole, the jacket is in good condition with some signs of wear and use and some limited moth damage which is illustrated in the pictures. The trousers have suffered from this more extensively, mainly around the crotch which is again illustrated in the pictures. Please take time to study these as the uniform is not in perfect condition.

Whilst this set has no history, it was undoubtedly worn by an RAF pilot during the war which is something that is becoming harder to find today. Not only that but it is a rare issue made set with matching dates and makers. This would make a great addition to any WW2 RAF collection.