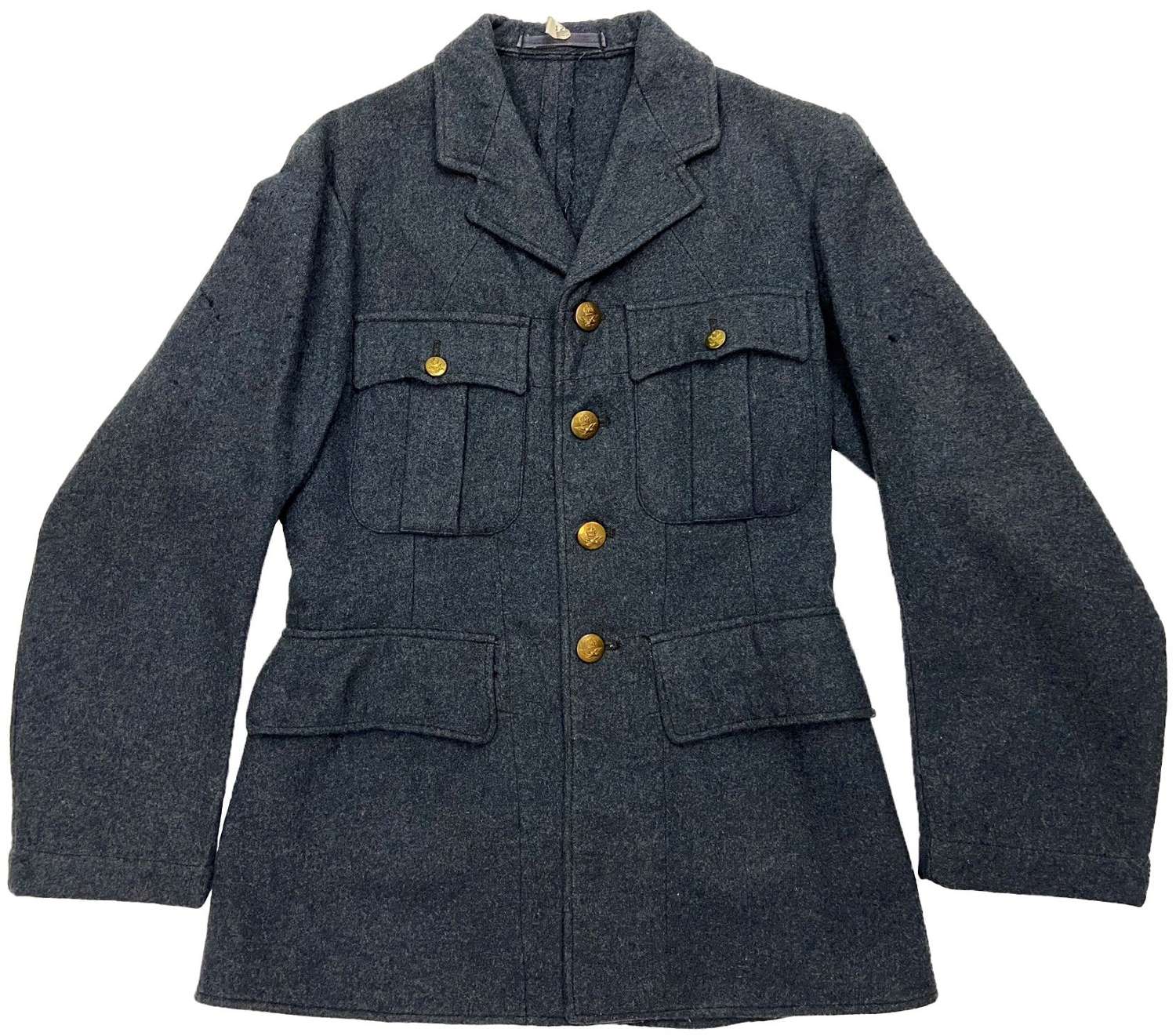 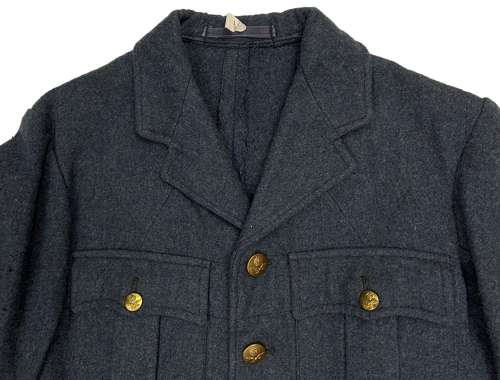 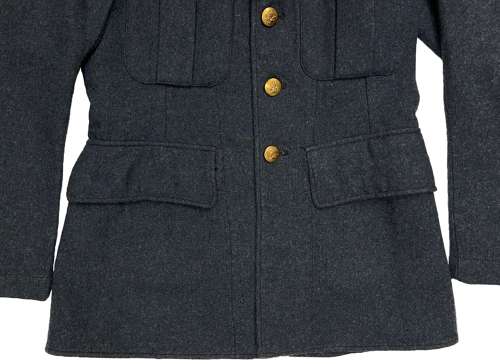 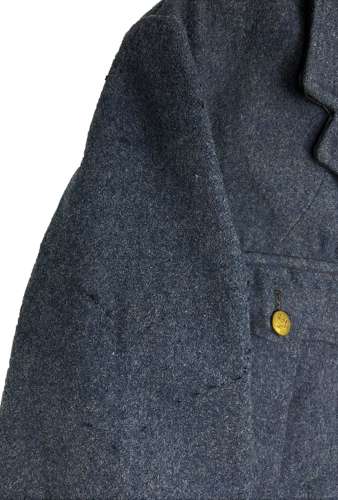 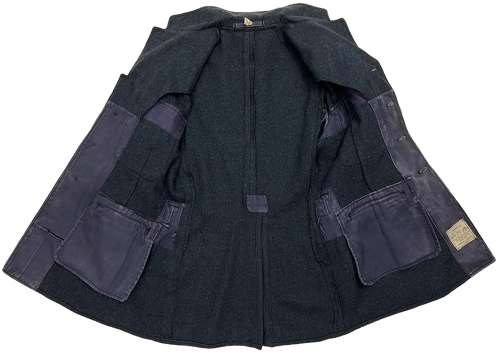 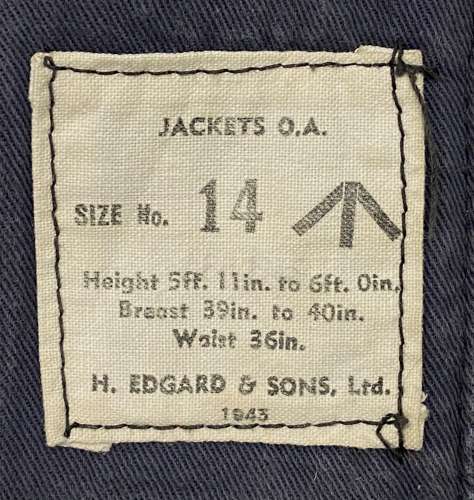 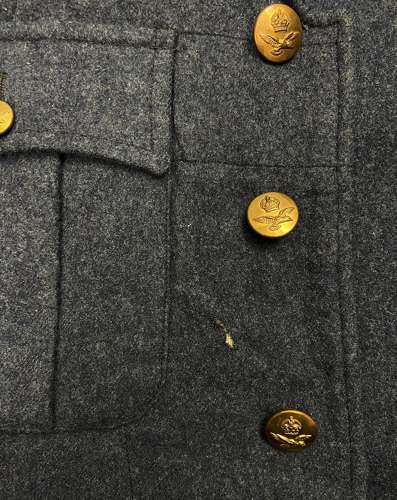 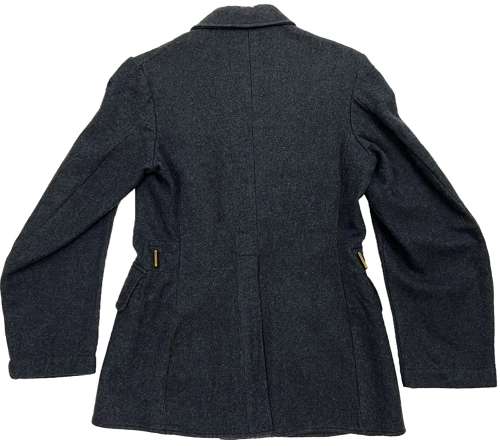 An original 1943 dated RAF Ordinary Airman's Tunic in a hard to find large size No.14.

This pattern of tunic was introduced in the 1930s and was worn throughout the Second World War by all RAF airmen up to the rank of Flight Sergeant as both a working dress and a walking out uniform.

This particular example features brass Kings crown RAF buttons and has had its original badges removed. There is clear evidence of where badges have been fitted to the top of each sleeve as well as sergeant stripes lower down. The addition of these stripes could mean that this jacket was originally issued to aircrew. Brass belt hooks are fitted to the waist in the usual position but no belt is included with the jacket.

Inside the jacket retains its original issue label which is still bright and legible, stating the size as No.14 which will fit someone of 5' 11" - 6' tall with a 39-40" chest and 36" waist. The manufacturer's name is stated as 'H. Edgard & sons, Ltd' below which is the 1943 date. A large War Department broad arrow is also present to the label in an uncommon position.

The tunic is in good condition as can be seen in the pictures with only limited signs of wear and use. It is still a nice deep blue coloured and not a washed out example as are often found today. There is a hole to the serge as shown in the pictures but this is concealed when the jacket is fastened and would not be difficult to repair.

All in all a nice original tunic with a clear wartime date and in a hard to find size. Ideal for the collector and re-enactor alike!