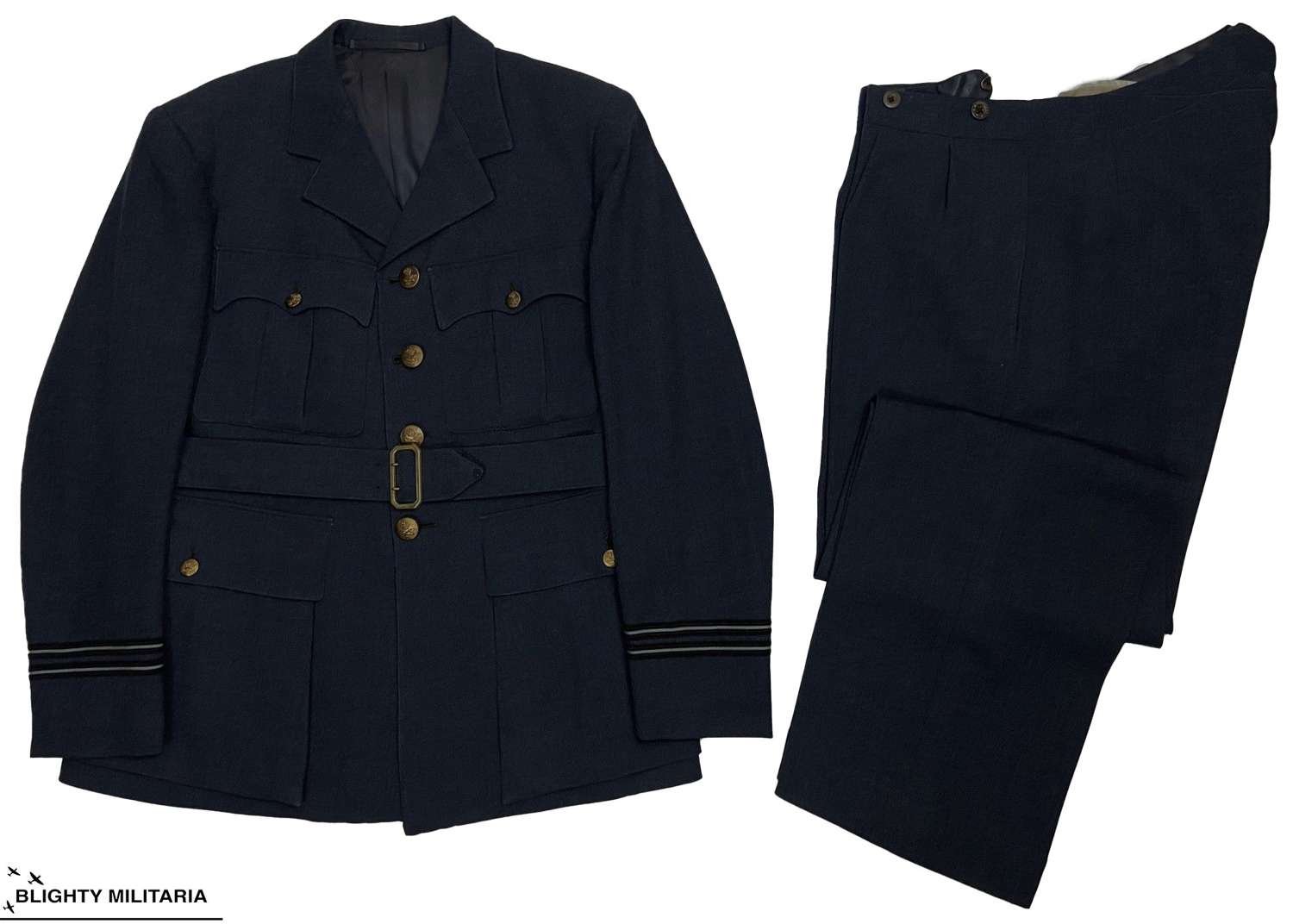 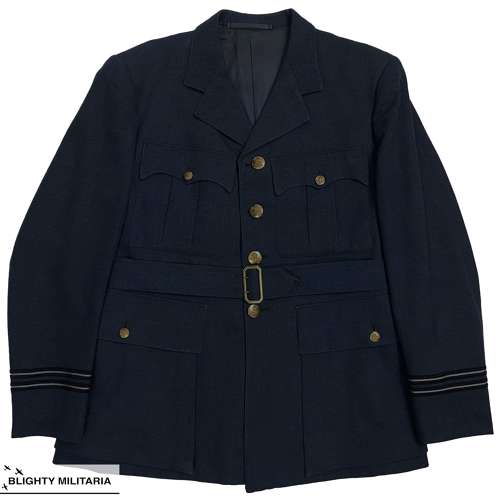 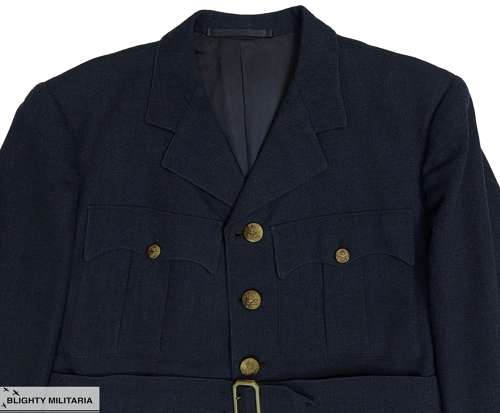 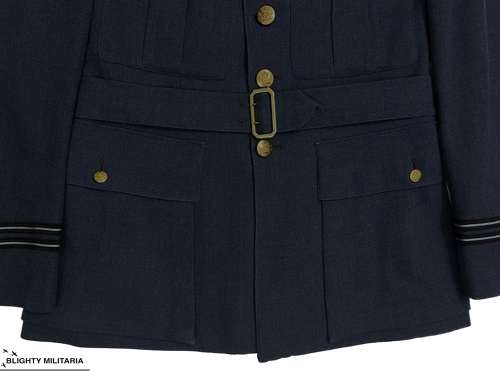 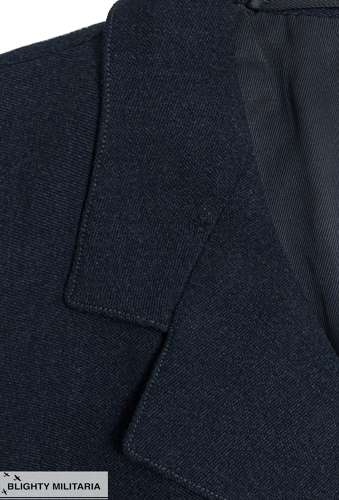 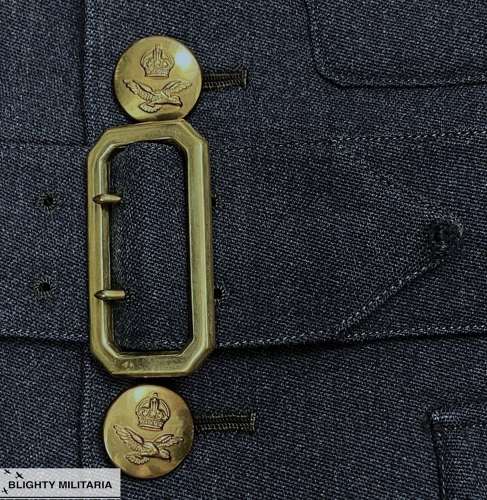 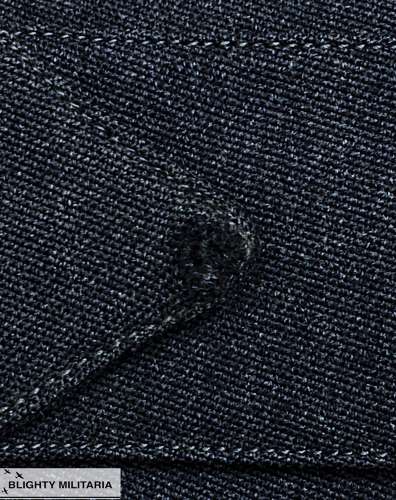 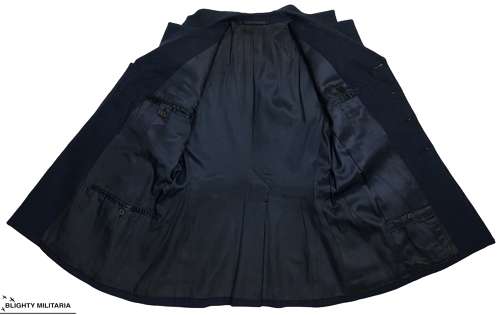 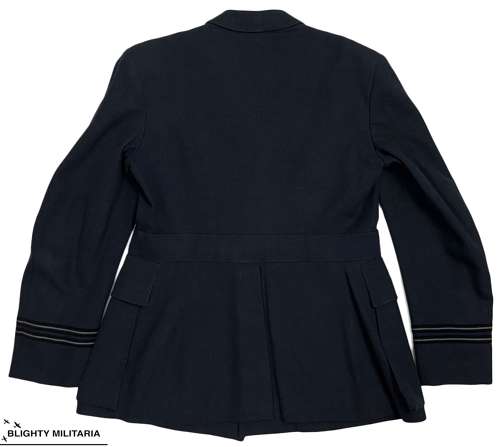 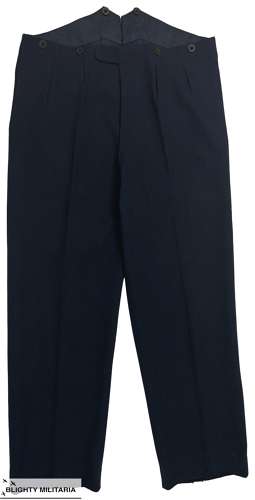 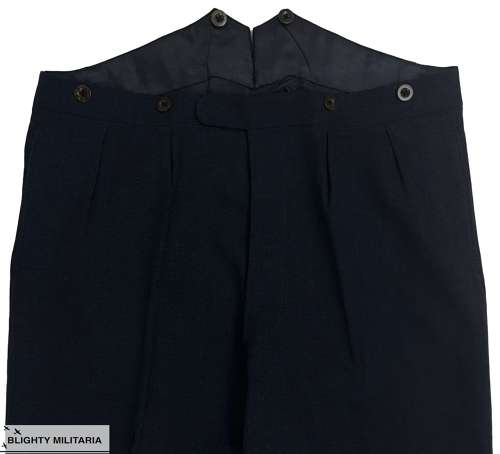 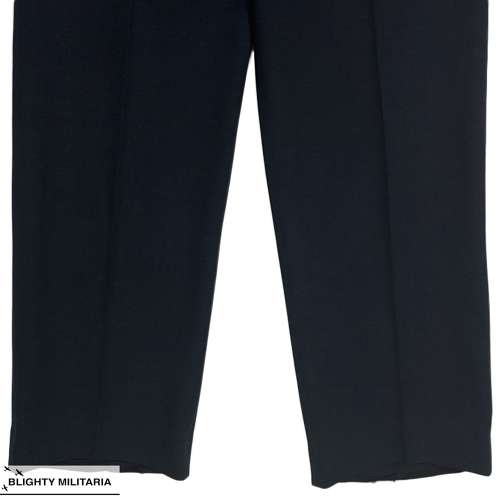 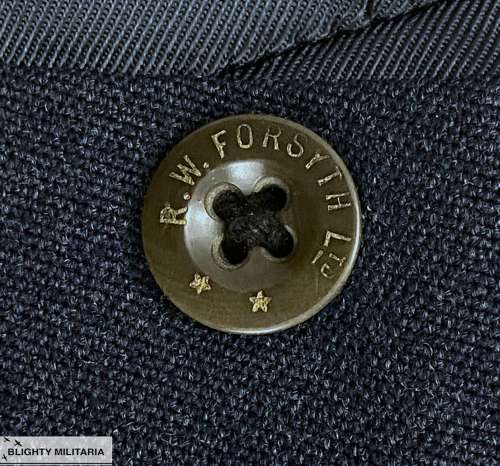 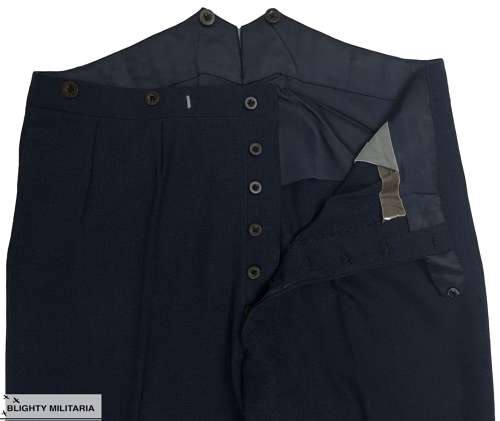 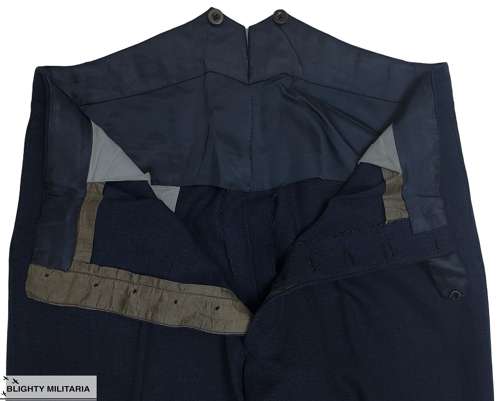 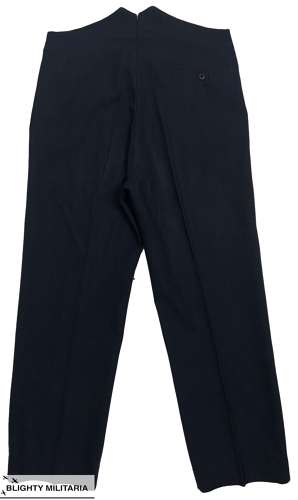 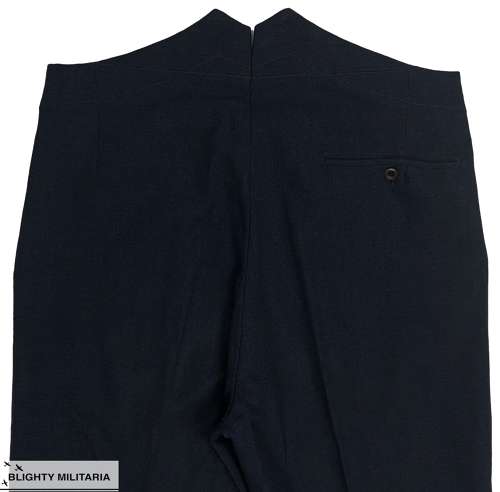 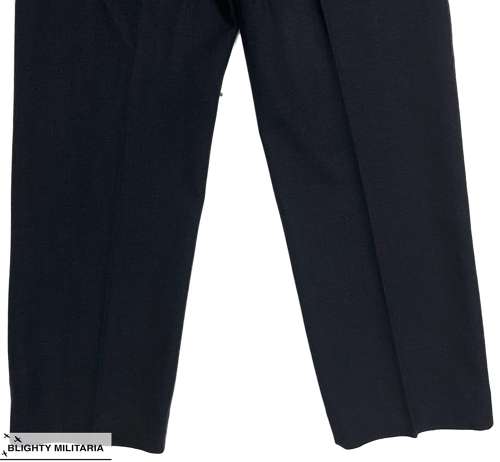 An original RAF Officers Service Dress suit in good condition which was made by 'R. W. Forsyth' for H. M. Donaldson in 1943.

This uniform is the pattern used by all RAF Officers throughout the Second World War and was superseded shortly after the conflict by a three button version. This genuine wartime example features a full set of brass kings crown buttons and matching brass belt buckle.

This particular example has two rings of rank on each sleeve denoting the rank of Flight Lieutenant. They are clearly original to the tunic. There also appears to have been badges fitted to the collar previously, most likely medical branch insignia.

The suit is very well made and the jacket has some nice interior details. A buttoning first field dress pocket is located to the opposite side as usual and there is also a large pocket to the skirt, which again fastens with a button. There are two upper pockets, one of which features a leather tab to which a pocket watch chain can be fitted.

One of the interior pockets features the original maker's label. The maker's name is present as is the owner's name of H. M. Donaldson and the date of 12th of May 1943. It is possible that the coat belonged to Hugh McCallum Donaldson who enlisted in Edinburgh.

The trousers are again typical of the era being cut with a high rise to the waist and wide leg. The front of the trousers are pleated and slash pockets can be found in each side seam. The fly features contrasting caramel buttons which are marked with the maker's name and the same style of buttons are used for braces which are indicative of the time.

The condition of the suit is good and it displays very well. It has clearly been worn but overall the condition is very good with no serious flaws or signs of undue wear. Please study the pictures and bear in mind that this is a vintage suit which may have small issues commensurate with wear.

All in all a nice original RAF Officers SD which would suit both the collector and re-enactor equally well.